Cardrona Alpine Resort is New Zealand’s most popular ski area, where everyone’s a VIP – from beginners and families to Olympic and X Games athletes. With a fun-filled, family atmosphere coupled with wide, open runs and an abundance of intermediate terrain, Cardrona is welcoming and enjoyable to ride.

Cardrona is nestled high in the Crown Range between Queenstown and Wanaka. Take a short drive from Queenstown airport over the stunningly beautiful mountains (and past the iconic Cardrona Hotel) to be welcomed by genuine Kiwi hospitality at a truly world-class resort.

Wide, open trails offer some of NZ’s best snow conditions, groomed to perfection by a modern and innovative snow management system. Cardrona is a natural choice for families with a wide range of progressive terrain, catering for all levels of skiers and snowboarders.

7-year-old Dylan Hedley-Dunbar and Cardrona local says his favourite runs are Gravity X when he wants to go fast and race his mates. Tulips over in Captain’s Basin or Arcadia Chutes are fun and steep too.

Cardrona has 400 hectares of terrain to ride, slide and jump on, with a fairly even split for all levels.

Cardrona is also the home of the NZ Park and Pipe Team, with world-class freestyle facilities including a World Cup Slopestyle Course and Australasia’s only 22-foot World Cup Halfpipe. The resort hosts many events throughout the winter season, attracting the world’s best skiers and snowboarders.

Ski and snowboard lessons for all ages

Cardrona leads the way in childcare facilities. In 2017, they extended their existing childcare centre, and moved the Kids’ Snow Sports School into the same building, providing parents with one central location for education on the mountain.

Children from three months old can hang at at Pengi’s Nursery, under-fives can learn in the Ski Kindy and up to 14-year-olds are included in the kid’s ski school.

If your family is visiting Cardrona for a week, choose the four-day Multi-Day Programmes. Skiwees for skiers from five years, and Lowriders for snowboarders from seven years. These full-day group lessons run from Mondays to Thursdays, with the kids spending the week with the same instructor. They even have their own hangout zone – The Den.

The Skiwees and Lowriders program runs every week of the winter season and from Monday to Thursday. Kids will be grouped by their age and ability on the first day, then will stay in the same group with the same instructor for the rest of the week.

All ages and ability levels are welcome. It’s true ski-dom for both kids and parents – they get it from learning to confidently ski the whole mountain, while you get it from dropping them off for the day and letting the Cardrona team do all the work.

Kids in Multi-Day Programmes will be taken care of in their own space, The Den, during the day by qualified, friendly instructors. Kids who are renting gear can even be fitted out at The Den. 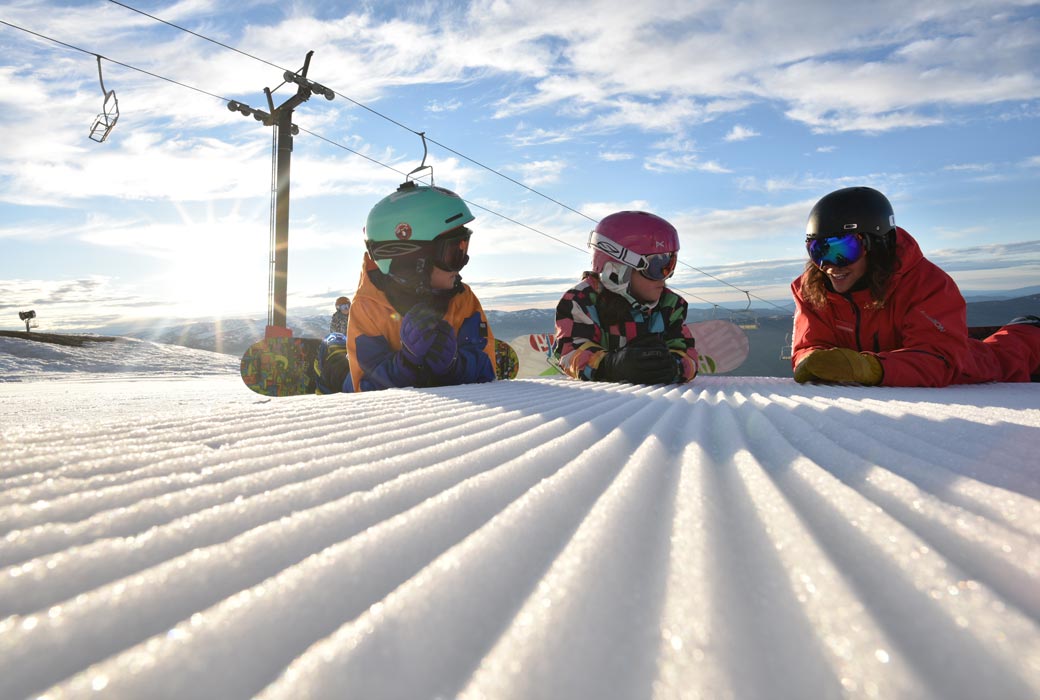 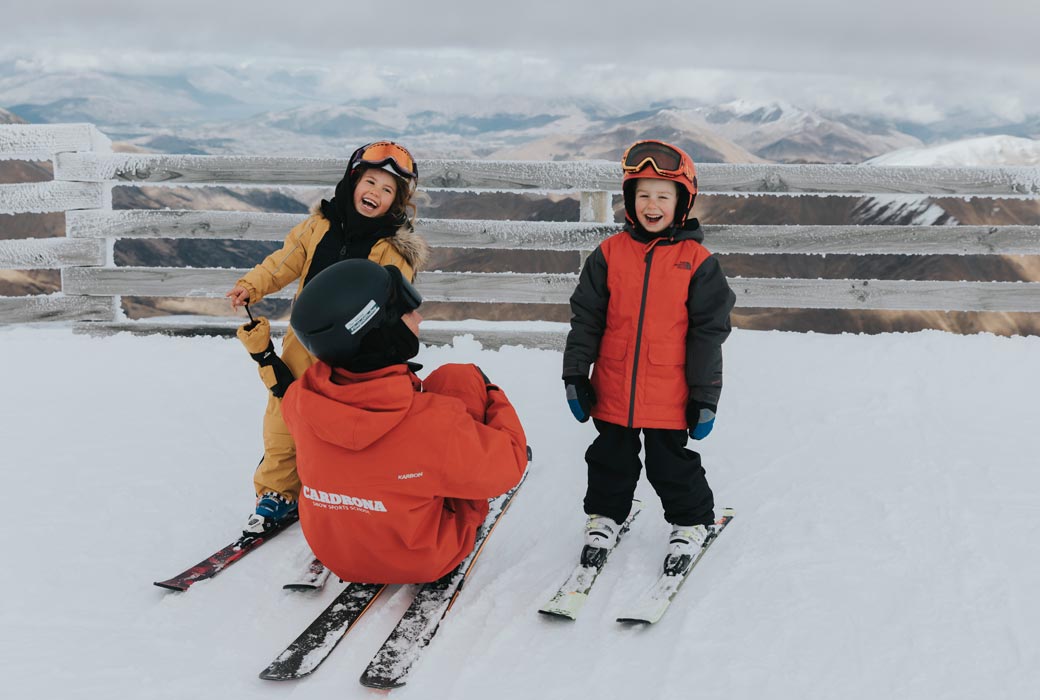 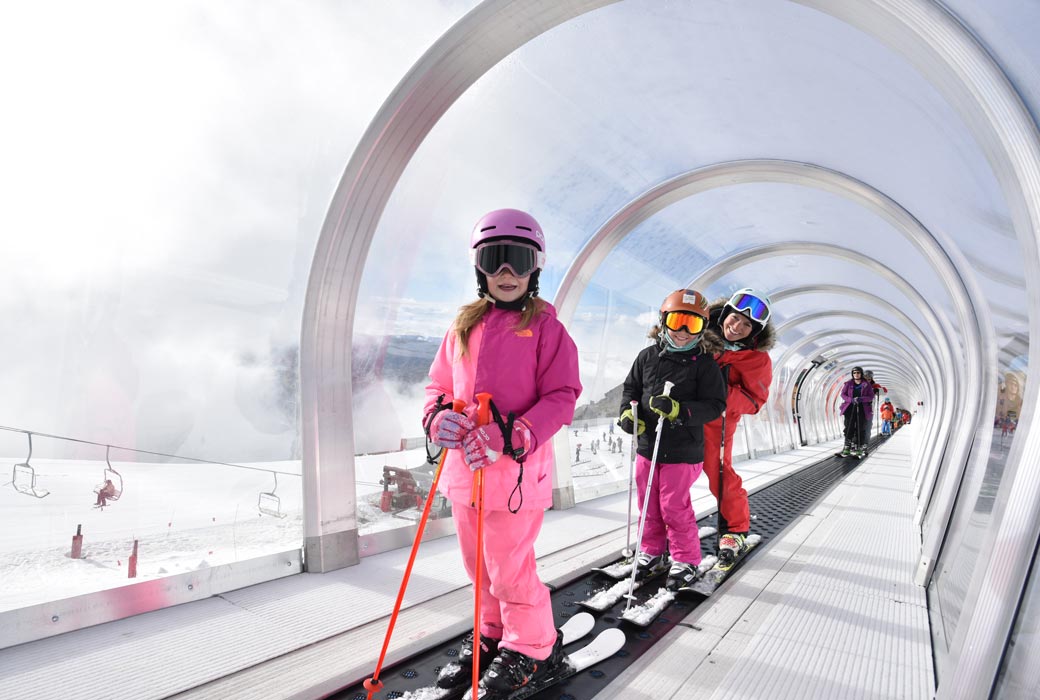 There are 15 on-mountain apartments at Cardrona of three configurations – perfect for your summer or winter holiday. Bookings are essential. Or choose to stay in Wanaka or Queenstown.

Read: The best things to do in Queenstown with kids

Cardrona’s Alpine Apartments are self-catering with kitchen facilities in each accommodation option. The apartments have the capability to change in configuration, with beds that unzip and fold-out couches, etc.

Cardrona has some excellent on-mountain eateries, including The Mezz, Noodle Bar, Base Café or Base Bar in the main base building, The Lounge by the archway at the base,

Captain’s Pizzeria over at Captain’s Basin, Little Meg at the bottom of the Valley View chair, and Vista Bar up at McDougall’s Express Chondola. Parents can pull up a bean bag and have a glass of Mumm while taking in the view.

Getting to Cardrona Alpine Resort

Cardrona has a bus service from both Queenstown and Wanaka and charges $35 for adults and $30 for children. Drivers, please note that Cardrona is located at the top of a 14km long unsealed road. For those not wanting to drive the whole way, the resort offers a free mountain shuttle from the Pine Trees car park.

Depending on snow conditions, Cardrona Alpine Resort is a 1 hour and 10 minute drive from Queenstown.

The Queenstown to Cardrona one morning bus with eight pickup points in Queenstown. It runs from opening day to October 10 2021.

Depending on snow conditions, Cardrona Alpine Resort is a 40 minute drive from Queenstown.

The Wanaka to Cardrona bus has four pickup points. It runs from opening day to October 10 2021.

Striving for the Olympics

Cardrona was well represented at the Beijing Olympics, with Zoi SadowskiSynnott winning New Zealand’s first gold medal at a Winter Olympics in the Slopestyle, followed by a silver in the Big Air.

Margaux Hackett and Finn Bilous are two other Cardrona athletes who represented New Zealand in Beijing. Finn has been skiing at Cardrona and Treble Cone for 20 years. “I actually learned to ski at Treble Cone and then started riding Cardrona more when I was getting into Slopestyle around the age of six,” said Finn.

“I love the friendly community at Cardrona, the variety of different terrain to ski and all the cafés are super nice.”

In winter, Finn can usually be found in the Big Bucks terrain park, because of “all the different features you’re able to hit in one line. On a pow day, I like to ride Arcadia Chutes,” he said.

Margaux Hackett was born in France and grew up skiing there. As for Cardrona, “I first went there on a family holiday in 2014 when I was 15 and had like a day or two skiing around there and met Finn (Bilous). He showed me around the park and I loved it so much that I went back the next season.

“I ended up winning Junior Nationals in 2015. I was training with HPC (the Cardrona Slopestyle programme). Everyone was so lovely and welcoming. I love skiing at Cardrona, the park facilities are amazing, and I love going on the Captain’s side when I need a break from the park, want to reset and change it up.

“This was kind of the beginning of my international career, as after that season we travelled to the States and Europe to compete. I ended up earning a spot on the World Cup circuit, which I have been doing ever since.

“Becoming an Olympian was a dream come true. Missing out by a few spots at the 2018 Olympics lit a fire and motivated me to work even harder to qualify for Beijing. I put in a lot of hours, got a few setbacks with injuries but was announced on the Olympic team at the end of September 2021. It was amazing to get recognition for all the hard work and perseverance over the years.”

Whether you have an aspiring Olympian or you just want your kids to learn to ski or snowboard to develop a love for the snow, Cardrona is a dream destination. 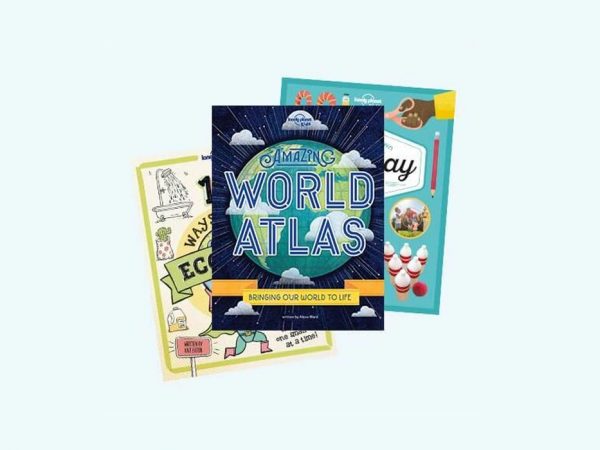 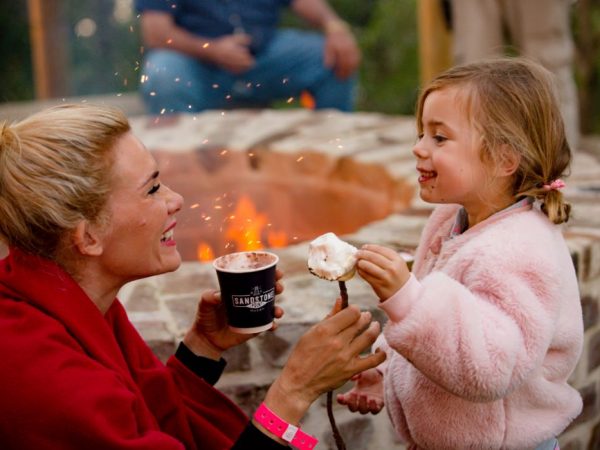 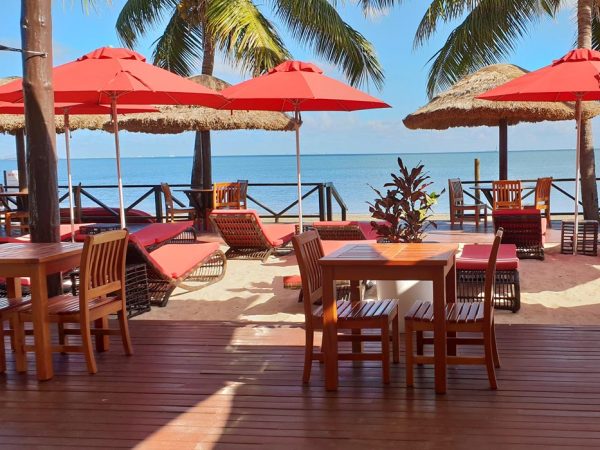 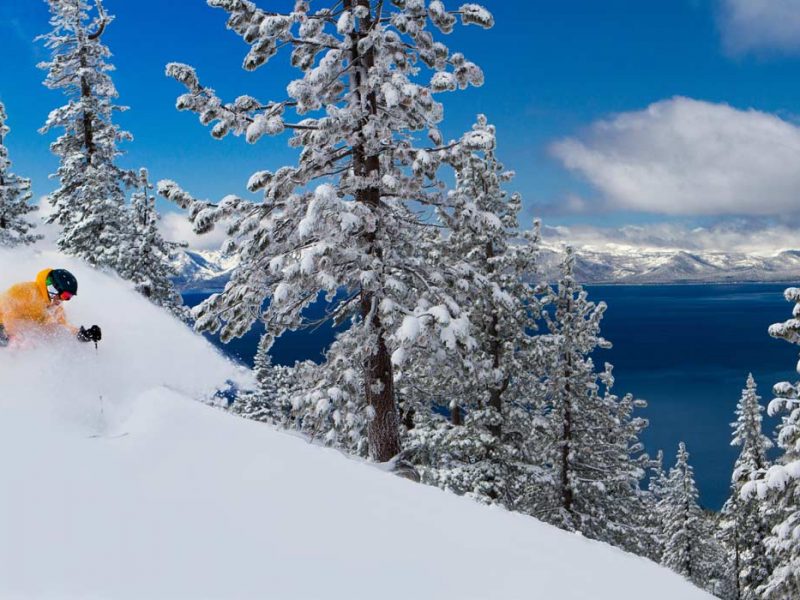 7 nights skiing at Lake Tahoe from $1,852 with Mogul Ski World

Uncrowded mountains and high-altitude peaks, the area is home to dozens of ski resorts,... 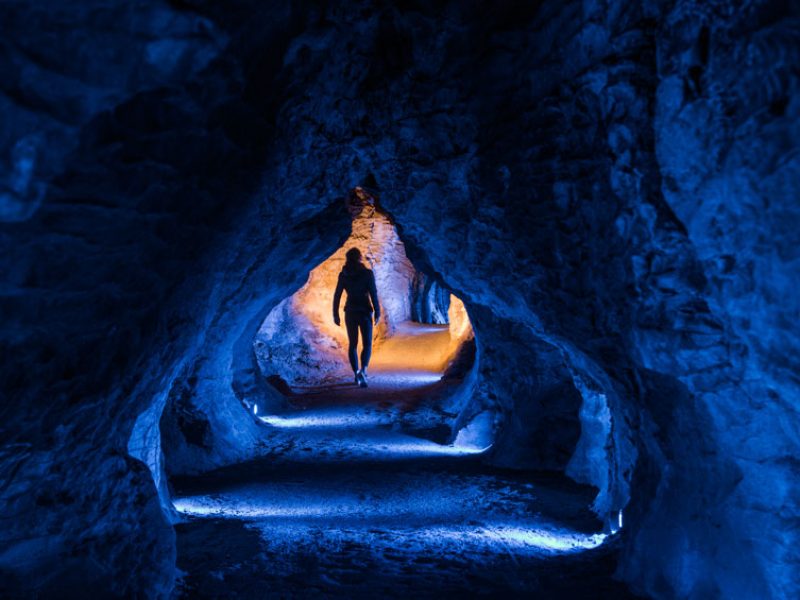