About the Great Ocean Road

Winding its way along the wild and windswept Southern Ocean, the Great Ocean Road is one of Australia’s most iconic drives and the jewel in Victoria’s scenic crown. With an abundance of natural attractions, fishing villages, shipwrecks and even migrating whales, it’s packed full of fun for families. Visit the towering 12 Apostles, get lost among the tall trees of the Otways, take a dip at famous Bells Beach, learn a little about the waves at the Australian National Surfing Museum or meet some koalas at the Tower Hills Wildlife Reserve, the list of activities for all ages fun goes on and on.

Many of Victoria’s best beaches, including the famous Bells Beach – home of the Ripcurl Pro – are found at the northern end of the Great Ocean Road. Lessons for little groms take place at some of the smaller, safer breaks near Torquay and Lorne, which both make a perfect start to your southern road trip. Paddle in to Torquay Holiday Park to continue the H20 action at the solar-heated pool.

Over the past 100 years a distinct beach culture has developed throughout Australia, and the Australian National Surfing Museum celebrates the history of this sport and the lifestyle that has developed around it. Located in Torquay, families can learn about heroes and legends in the Australian Surfing Hall of Fame, watch amazing footage of surfers in action while perusing the array of vintage memorabilia, and trace the development of the surfboard over time. It’s all very interactive and hands-on, so sure to be a hit with the little ones.

Two hours south, take a break and visit Cape Otway Lightstation, the oldest surviving lighthouse on mainland Australia, where you can even spend the night in the old keeper’s house. When day breaks, climb to the observation deck of the 167-year-old watchtower for amazing views of the Southern Ocean and Bass Street colliding before exploring the heritage precinct.

The area also features a fascinating Aboriginal Cultural Site, historic Telegraph Station, a secret World War II No. 13 Radar Bunker and a year-round Whale Interpretive Area. Offshore, you’ll find a huge diversity of marine life including dolphins, seals and the 25 species of whales that migrate past each year between May and October, including humpback whales, blue whales and killer whales. Though you can spot the magnificent migrating beasts from the lighthouse, the best way to see the area’s marine creatures at play is to get out on the water on an organised tour.

The history lesson doesn’t stop there, with the magnificent Wreck Beach accessible via the Great Otway National Park. Kids will especially love the rusting remnants of the Marie-Gabrielle and Fiji that are moulded into the reef and easily visible at low tide. They are just two of the hundreds of known vessels that fell victim to the Shipwreck Coast, which extends as far as Port Fairy.

Before setting off on your Great Ocean discovery once more, a detour to Weeaproinah is a must-do for families that like to get a little wild. The Otway Fly Zipline Eco-Tour is sure to thrill with an exhilarating, fully-guided 2.5-hour adventure through the canopy of the rainforest with eight cloud stations, six flights and two suspension bridges. Alternatively, there is a one-hour treetop canopy walkway experience, without a harness in sight, for those who prefer their feet planted on solid ground.

A former working-class suburb in Melbourne’s inner west, Yarraville underwent a period of rapid gentrification due to its proximity to the CBD – but, there is still a definitive sense of old world charm in its cobbled streets and tight-knit community. It’s a pleasure to while away the hours in the many boutiques, bookstores and eateries that line the streets of Yarraville and movie buffs will think they’ve died and gone to cinematic heaven upon stepping into the historic Sun Theatre – a tiny establishment, run independently since opening in 1938. Families visiting on those bright, sunny days should also make an effort to take advantage of Yarraville’s plentiful parks and public spaces.

While only eight of the original 12 Apostles remain standing (thanks to the combined effects of time and rough, salty seas), the spectacle is no less spectacular. Hold on to your jaw as you gaze upon these gargantuan limestone pillars, rising dramatically out of the wind-tousled Southern Ocean.

Best time to go to the Great Ocean Road

Best time to go to the Great Ocean Road

Victoria experiences four distinct seasons and, for those visiting from up north, will feel exceptionally cold in its winter months. For optimal beach time, visit during the summer (November to February) when you’ll get average highs of 25 degrees Celsius and warmer waters.

The Great Ocean Road is located conveniently near Melbourne’s Avalon Airport, from which you can hire a car to do the road trip.

Of course, the best way to see the Great Ocean Road is to drive it. You can also do the Great Ocean Walk, a coastal hike that expands nearly 100 kilometres – this certainly isn’t a short day hike, although you and the family might enjoy doing bite-sized chunks of it for fun!

Foodies will be thrilled to know that there is a 12 Apostles Gourmet Food Trail, which includes cheese, whisky and wine, chocolate, ice-cream, yoghurt, strawberries and beer. In addition, there is the Otway Harvest Trail as well, which maps out a range of grassroots local businesses showcasing the best produce on offer in the Otway hinterland.

If your family love all things from the sea, time your visit to coincide with the Apollo Bay Seafood Festival. If visiting in June or July, be sure to sniff out market stalls selling truffles – or even better, join a hunt at one of Victoria’s oldest truffieres!

Make some pit stops in cities on the way for some shopping; nearly all feature great retail outlets and foodie stops for both you and the kids. Our favourites are Apollo Bay, Lorne, Torquay and Port Campbell – all have great family accommodation, too!

If driving through a town centre on a weekend morning, make sure to stop at one of the many quality local markets, selling everything from fresh fruit to handcrafted souvenirs. The standout is the Geelong Vintage Market, several buildings selling antiques, collectibles and clothing are housed within a historic woollen mill complex. There is a cute cafe here too, if you’re needing a coffee break after all your bargain hunting!

Casual, lightweight clothing is the norm around Victoria in the summer. In winter, it can get pretty chilly, so be sure to pack a few thick (and waterproof) layers!

Australia is renowned for its laid-back, egalitarian culture – especially in Melbourne. By and large, friendliness is equated with good manners, and a smile, ‘please’ and ‘thank you’ is plenty.

The number one health concern for families on the beach is that warm Australian sun! Be sure to pack sunscreen, hats and sunglasses, and always supervise children while they are in the ocean.

Forever changing shape due to the relentless attack of the blasting winds and powerful waves of the Southern Ocean, the craggy limestone stacks of the Twelve Apostles provide much more than just a great photo opportunity. A variety of family activities are on offer including free binocular and telescope hire, plus digital detective and scavenger hunt programmes to engage the curious little minds (while also providing an unforgettable lesson in geography!).

At nearby Gibson Steps, take the 86 stone-cut steps down to the beach to see Gog and Magog, another pair of iconic, giant limestone stacks that rise from the sea. Other fascinating rock formations in the area include Loch Ard Gorge and London Arch, where the kids can marvel at the sight of the ocean at its powerful, pounding best.

Not every photo of the Great Ocean Road has to be of the ocean. Take a detour inland from Lorne and you will find these majestic waterfalls hidden among the rainforest, just a five-minute walk from the car park – so very doable for little legs!

Photos of London Bridge look very different now then they did before the 1990s, when the offshore, natural bridge collapsed, serving as a reminder that this stretch of coastline is an ever-changing sculpture. Time your visit for the end of the day and you may catch a glimpse of the small population of penguins return home. 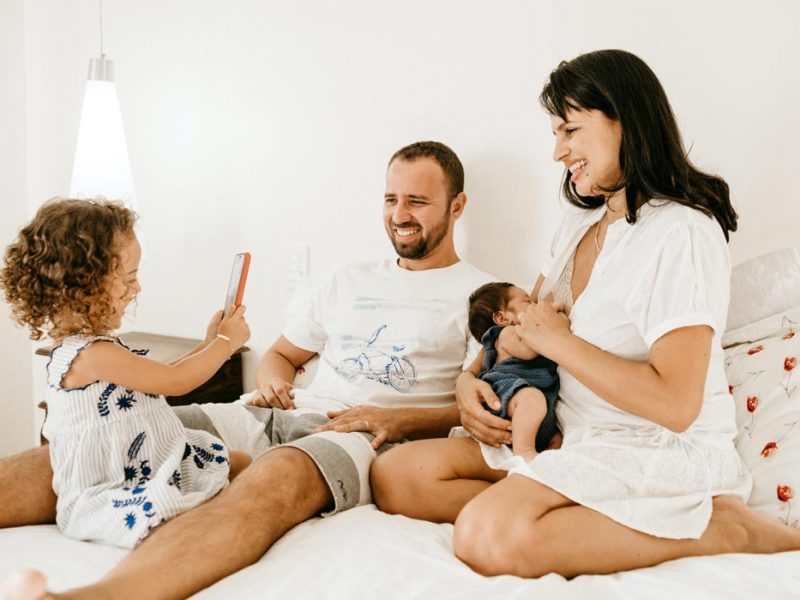 Family Fun Package from $299 at the Sebel Melbourne Docklands 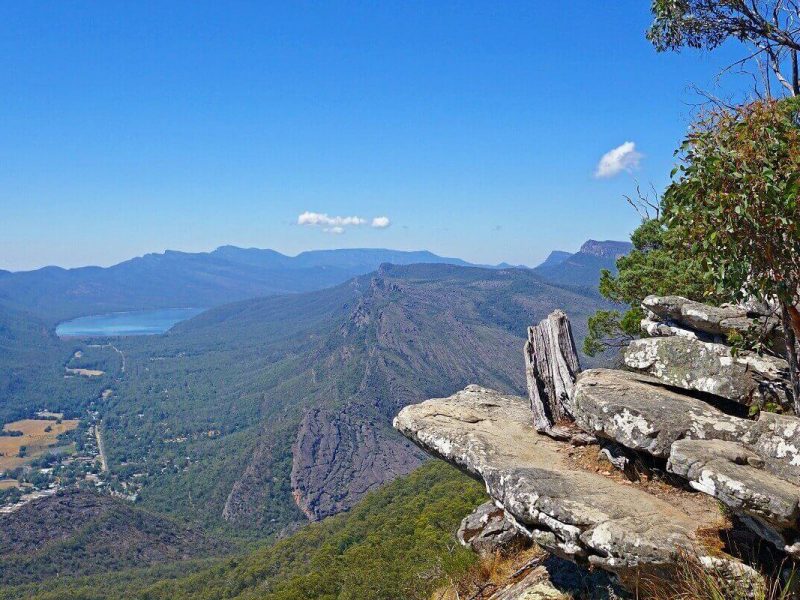 The best FREE campsites in Victoria

You don't have to spend a fortune to get away. These campsites are pet friendly,... 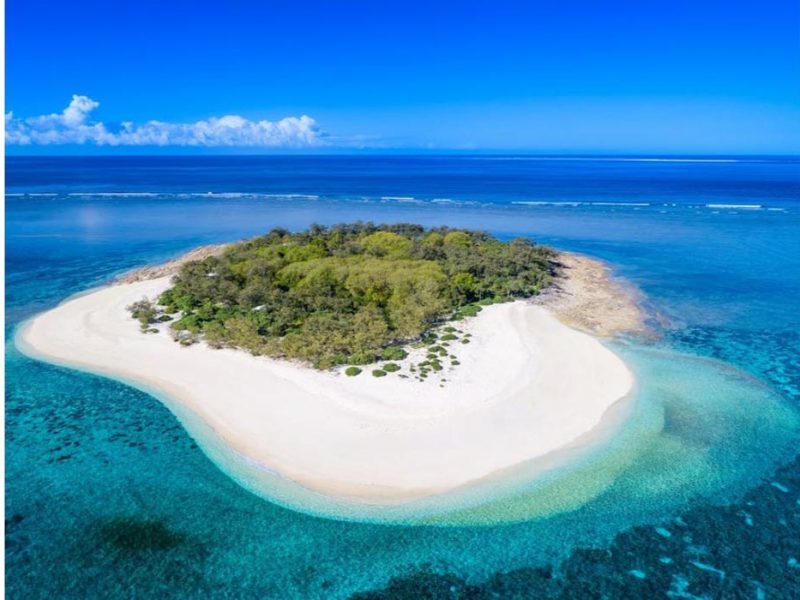 12 Aussie private islands you can rent from budget to luxury

When it comes to private islands Australia has something for every budget. Find... 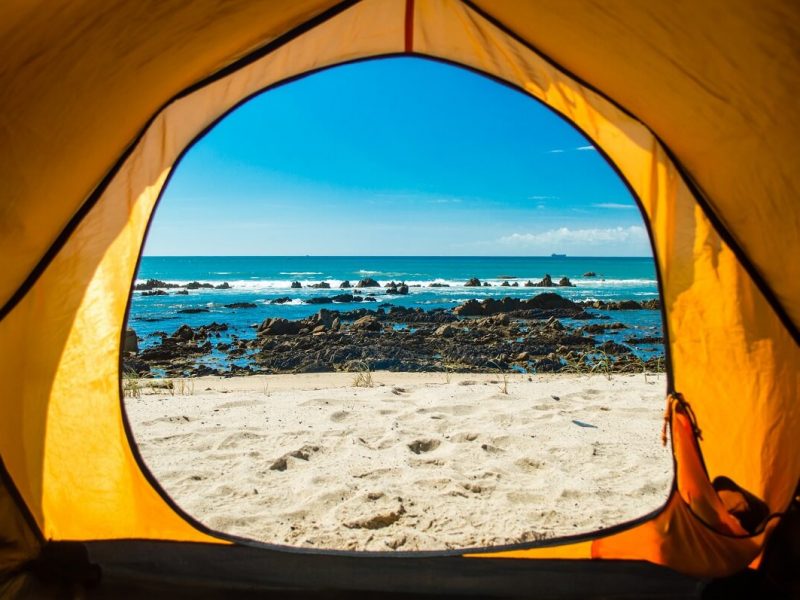 The 22 best beach campsites in Australia

We have found the best beach campsites in Australia state-by-state. Wake up to...