With golden sand-fringed islands, idyllic sunsets and lively cities that bare testament to the history of one of the world’s greatest civilisations, Greece is a country that captures the imagination; rich in natural beauty and ancient landmarks, a Greek family odyssey with the kids promises to be a memorable adventure that’ll both capture and stretch the imagination!

Greek myths of gods, monsters and heroes will enthral your children and for teenagers studying ancient history, a Greek holiday is the ultimate excursion. Sandy beaches and shallow waters are perfect for water sports, mountain biking and hiking, giving the active family plenty to see and do. The affable, easy-going nature of the locals will also make travelling around the country with kids simple and enjoyable.

For anyone with the slightest interest in history, Greece’s capital city, Athens, is like a living museum. A thriving modern city, it is considered by historians to be the birthplace of Western civilization. Big, brash and always bustling it’s an exciting place to spend a couple of days. While it’s had a bad reputation in the past for smog and traffic, the 2004 Olympic Games gave the city a much-needed facelift and it’s now a much cleaner, more pleasant place for tourists to explore.

One of the world’s most recognised landmarks, the ruins of the Acropolis date back to the 4th century BC. Perched atop a steep, flat-top rock above the sprawling city, it is the place where the ancient Greeks built a beautiful collection of temples, the Parthenon and its towering marble columns as the centrepiece.

Clustered below the Acropolis is the remains of the Agora, ancient Athens’ commercial and civic centre. The area is littered with the ruins of numerous ancient buildings, including the world’s oldest theatre, the Dionysos Theatre.

Panathenaic Stadium hosted the first modern-day Olympic games of 1896 and the current stadium was constructed on the site of the original Olympic stadium, which was built almost 2,300 years ago.

Another essential visit in town, Athens’ largest and most famous museum is reputed to house the best collection of ancient Greek, Roman and Egyptian artefacts in the world.

A peaceful respite from the sometimes hectic city, this public park was once the palace garden of the royal family. It contains gardens, a zoo and small lakes and ponds complete with ducks, swans and peacocks. There are also several cafes hidden away.

Lykavittos Hill is the highest point in Athens and offers a superb view of the entire city. The hill takes about an hour to climb and from the heights you can spot landmarks such as the Acropolis and Olympic Stadium, as well as the coast and nearby mountains.

Get in early on Sunday morning for this wonderfully eclectic indoor/outdoor market. By about 11am the crowds can be too much for some kids. It’s a great place to buy souvenirs from exotic artefacts to beautiful Grecian cutlery, coins, stamps, chaplet beads and very old collector’s postcards. There are plenty of coffee shops and tavernas to cool off in after a few hours of hardcore shopping.

The Greek territory comprises of 6,000 islands and islets scattered across the Aegean and Ionian Seas. Many of these are flanked with white sand beaches and dotted with quaint villages, beautiful whitewashed stone houses, magnificent churches and ancient ruins. The opportunity to sail from island to island is unique in Europe and truly one of the great travel experiences of the world. Here are just a few islands popular with families:

Corfu
Part of the Ionian islands of western Greece, Corfu is one of the greenest, and some would say the most beautiful of all the Greek islands. Corfu is extremely popular with visitors from Britain and Australia. Its popularity means there’s plenty of accommodation to suit a wide range of budgets, yet its large size also means its quite easy to get away from the tourist hordes. Kavos, Benitses, Gouvia and Ipsos are the most popular beaches, offering plenty of things to do and places to eat and drink. Inland, the mountain villages remain unspoilt and incredibly picturesque, and forest, farmland and vineyards cover much of the island.  Kids won’t be bored on Corfu with its long white beaches and safe sheltered coves offering activities like snorkelling, diving, sailing, waterskiing, parasailing, horse riding and beach volleyball. There’s also the Aqualand Water Park featuring giant slides, a river ride and a giant wave pool.

Mykonos
Loved by adventurers, celebrities, partygoers, decadent retirees and families alike, legendary Mykonos has something for everyone. Full of luxury resorts, boutique shops and fine dining restaurants, Mykonos has a reputation for being extremely expensive, but there are some bargains to be found. You can even camp on Paradise and Paraga beaches. Activities include diving, windsurfing, sailing, parasailing and enjoying the open-air cinema. From Mykonos you can also take a daytrip to the unhabited island of Delos, home of the Delphic Oracle. Mykonos is a good choice for older teens and families seeking a true taste of Mediterranean luxury.

Santorini
Among the most famous of the Greek islands, Santorini is the furthest of the Cyclades islands from the mainland (an eight-to-ten hour ferry ride). Visually stunning, it’s renowned for it’s incredible sunsets, excellent nightlife, romantic beaches and the impressive ruins of ancient Thira.

Sifnos
Lovely, peaceful Sifnos is perfect for families looking for great beaches without the loud partying of the more popular Cyclades islands. There are still plenty of restaurants and bars and good value accommodation. Kamares with its clear, shallow water is one of the best beaches in Greece for families.

Best time to go to Greece

Best time to go to Greece

Greece generally has cool, wet winters and hot dry summers. Spring to early summer (March to mid-June) is the best time to go both weather-wise and in terms of visitor numbers. By mid-summer the major tourist sites are thronging with crowds and most hotels are fully booked. Winter can be very cold and downright freezing in the mountains. At this time of year things are very quiet, and outside of Athens, a lot of hotels, restaurants and bars close during the off-season.

Australian citizens only need a valid passport to enter Greece for stays of up to three months.

Airport
Eleftherios Venizelos (Athens International Airport) is a modern, well-designed airport located in Spata located 33km south-east of the Athens city centre. Its facilities include a huge shopping centre and a hotel; the Sofitel is connected to the airport by bridge if you need to stay close by.

Transfers from Airport
Athens International Airport of Athens is easily accessible via Attiki Odos, a six-lane motorway constituting the Athens City Ring Road. Public transport to Athens and the port of Piraeus is provided by metro, railway and express airport buses as well as private transfers which can be arranged at the airport or by your hotel.

Getting around in Greece is straightforward thanks to an exceptional public transport system. The bus network is comprehensive and reaches out to the smallest of villages. Trains are a comfortable alternative when available. For many visitors, the quintessential Greek experience is cruising from island to island – easy work thanks to an extensive ferry system that criss-crosses the Adriatic and Aegean Seas. Domestic flights are also plentiful between the cities and islands.

The cheapest way to visit the Greek islands is to use the ferries. Be aware that weather, can affect the frequency of ferries and in rough whether ferries may not depart. It’s important to reconfirm the ferry times the day prior to travel to avoid any disappointment.

If you or you’re kids are prone to motion sickness, it’s a good idea to consult with your doctor before you leave about the best treatment for seasickness. If your kids are feeling seasick, sit them facing forward in the middle of the boat (rather than the sides or the front) and get them to focus on the distant horizon rather than the water.

There are travellers who return to Greece time and time again simply for the food: it’s one of the world’s most popular cuisines for good reason. Due to its geography, Greek cooking is strongly influenced by Italian and Middle Eastern cuisine, and seafood dishes tend to be favoured. Olive oil is produced throughout Greece and is an important ingredient in Greek cooking, lending to the cuisine’s distinctive flavour. Some well-known Greek dishes to try on your trip include:

Greece is better known as a historical and cultural destination than a shopper’s paradise, but it is fantastic to shop for unique decorative items. Best buys include pottery, lace, rugs, wines, embroidery, gold jewellery with Greek designs and silver jewellery with precious stones.

Most restaurants will add a 15% service charge to your bill. An additional, small tip is always welcome if you’ve received good service. Leave a small tip for concierges and hotel receptionists, drivers, tour guides and hairdressers. A couple of Euros will usually suffice.

In summer you will need only light clothing, a hat and sunglasses. The summer winds sometimes make ferry travel a bit cool, so pack a light jacket if you can. Bring sturdy shoes if you’ll be doing a lot of walking or hiking, as well as sandals or thongs for the beach.  In winter, a heavy coat, jumper and warm socks are necessary. Spring and autumn can experience heavy rain, so pack some decent rain gear.
Be respectful and dress modestly (no singlets, short skirts or shorts) when visiting churches and monasteries.

No vaccinations are needed to enter Greece.
Tap water in Greece is safe to drink in all but the most remote locations. Check with the local authorities or hotel staff on islands and in the countryside.

The official language is Greek. Although people do speak English in most major tourist areas, learning a few basic Greek words and phrases will prove invaluable in getting to know the local people… and the kids will have a blast learning another language!

Sitting on the highest point of the island, the Monastery of the Prophet Elijah offers stunning panoramic views of Santorini from its 567-metre high vantage point. Built in the early 18th century, the monastery is an architectural and cultural marvel that’ll add a splash of the historical to any family photo.

A walk through the ancient alleyways of Rhodes Old Town is a walk through thousands of years of history. With a host of Byzantine, Italian, Hellenistic and Roman-style architecture on display, the town offers a range of backdrops sure to diversify any Instagram feed!

On towering pillars of stone in Greece’s north-west stand six monasteries from the 14th century. For thousands of years, these UNESCO Heritage Listed-landmarks have balanced on top of pillars of stone surrounded by equally gorgeous fields of natural forest and shrubbery. The nearby Pindos Mountains are the sprinkle on top of an already awe-inspiring site that will surely amaze each one of your Instagram followers.

Nestled on the sandy shores of Main Beach, Gold Coast.
i

Kangaroo Island Accommodation and Camping amongst the wildlife.
i

Luxury beach resort in Maldives with timeless ocean views and nurtured by nature.
i
SEE ALL OPTIONS 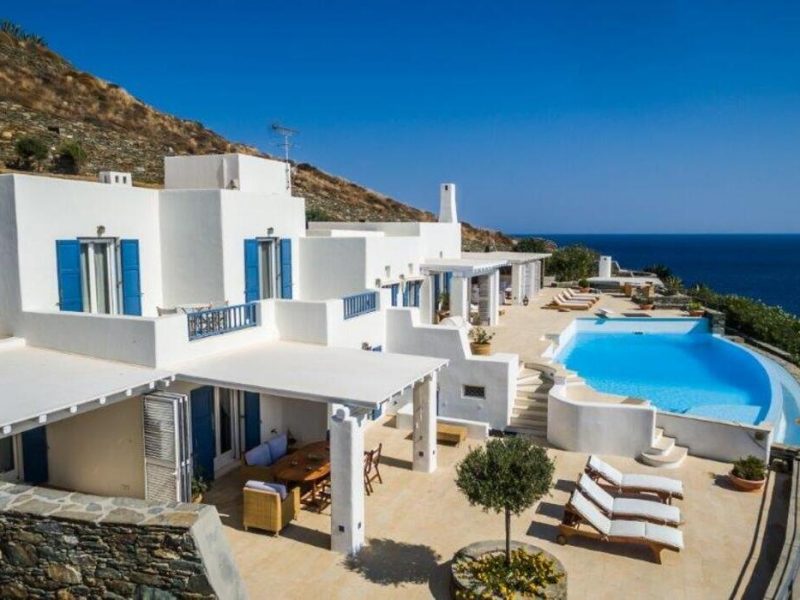 Do you dream about luxury villas in Greece? Greece and its islands are a... 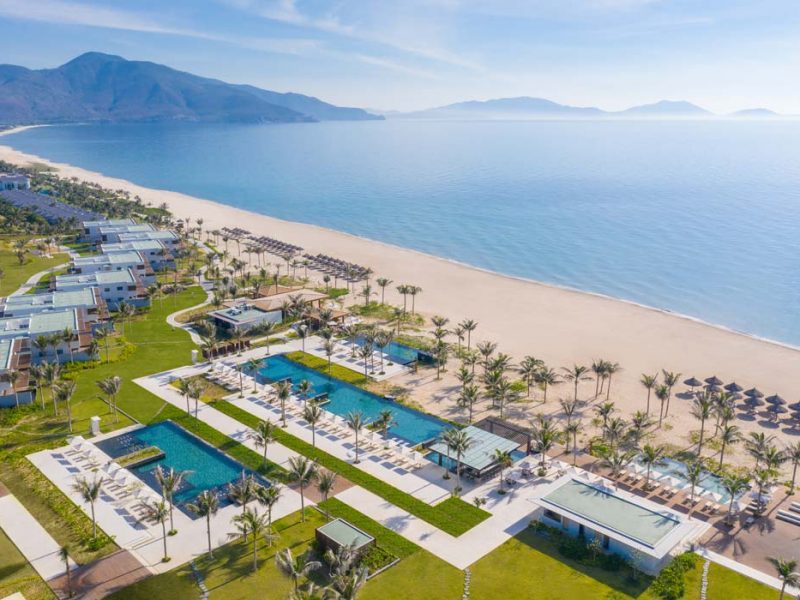 Theme parks in the UK, Paris and Hong Kong, beachside locations in Vietnam and... 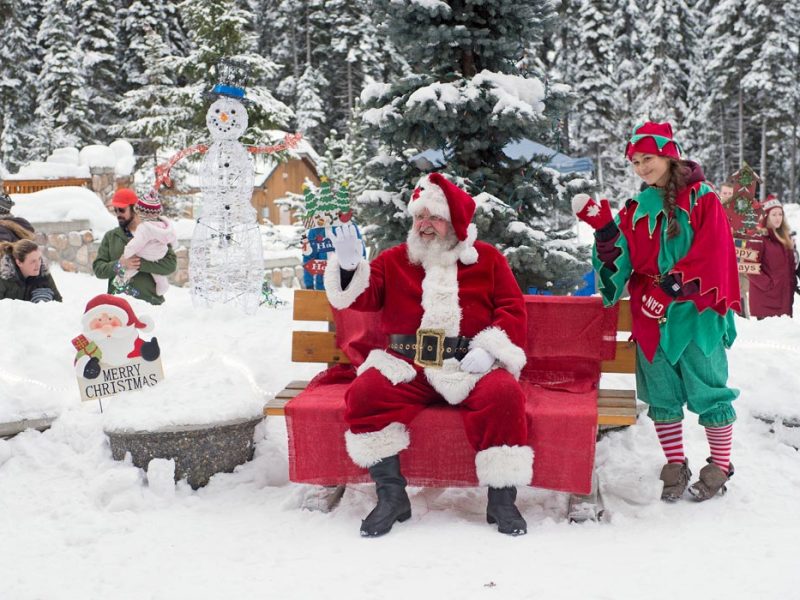 8 magical destinations for a white Christmas

From the Alps to Santa’s European HQ, Brooke Montgomery discovers there are many... 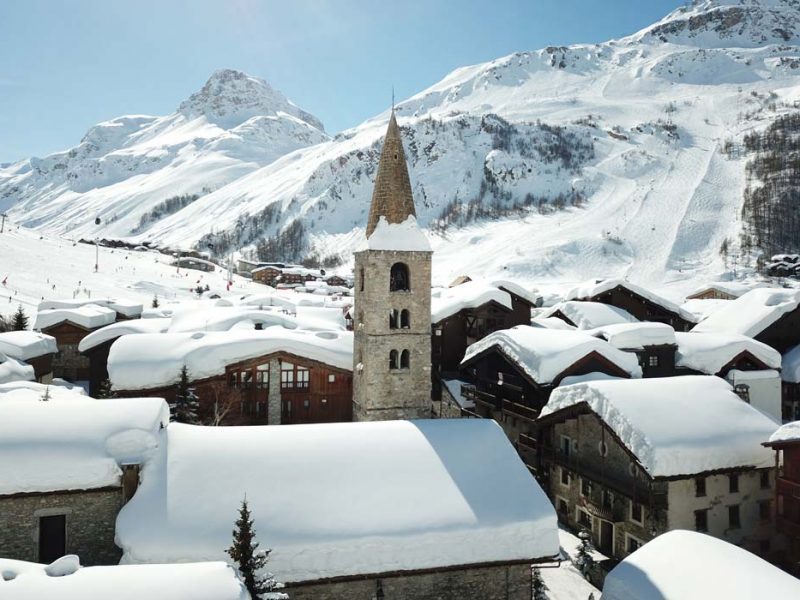