The unseasonably late arrival of peak ski conditions means my family makes do. Luckily, our son Finn has never skied before so Mt Baw Baw’s glut of beginner and intermediate runs makes it the ideal springboard for honing his technique.

Getting to Mt Baw Baw

The three-hour drive from Melbourne gets us to the top of the mountain shortly after midday. With two days of skiing ahead, we spend our afternoon exploring the village and playing in the snow. Many of the lifts are closed so the pistes either side of the Maltese Cross T-bar are taken over by tobogganists, young and old.

By the day’s end, Finn still has energy to burn, fuelled by the excitement of further adventures ahead. His adventurous spirit doesn’t extend to his choice of meals for dinner at Village Central Restaurant that night. While Michelle and I share an entrée of lamb croquettes followed by Wagyu eye fillet and crispy-skin salmon mains, with accompanying wines chosen from an extensive list, Finn plumps for chicken nuggets and chips washed down by a glass of Schweppes’ crispest lemonade.

Downhill all the way

Finn is up and about early next morning, itching to hit the slopes for his first-ever ski lesson. Baw Baw village is compact enough that it’s entirely accessible on foot, with our ski rental depot just a short stroll from our self-contained apartment.

While he spends the next three hours learning how to bend his knees, shift his weight and form ‘triangles’ to brake, Michelle and I tackle some of the longer, steeper runs. The daily snow reports I’d been receiving leading up to our stay suggested good skiing ahead; most runs were open and five of the mountain’s seven lifts were operating. But the combination of sunny days, rainy nights and zero snowfalls during the week prior to our visit now limits our choices.

Michelle and I spend the morning zipping down Hut Run and Summit, and hiking to Mueller’s Lookout. With thinner crowds than the bigger resorts to the north, there are fewer skiers and snowboarders to dodge and shorter lift queues to negotiate.

While the snow conditions aren’t ideal, Finn couldn’t care less. After his lesson, he tests himself on the wide lower section of Hut Run, later graduating to the steeper Tank Hill. As any beginner should, he learns to accept the spills with the thrills, and is even prepared to forgo lunch so he can stay out on the mountain.

We nevertheless have a quick bite back at the apartment before returning to the slopes for two hours after lunch. Bluebird days such as these should be embraced, especially with the weather predicted to deteriorate.

Finn is ready to brave new challenges too, and we share a T-bar to the summit then ski down the mountain’s longest run (750 metres) unscathed. All is well until the last run of the day.

On Tank Hill, Finn topples over, with snow sneaking inside his jacket. He’s not happy and lets us know – the grumblings of a tired boy. He’s not the only one.

It’s sleeting then snowing outside when we wake on our final day. Finn doesn’t care. He wants to get back out there. After a few warm-up runs, it’s time for a blue run – only, I don’t tell Finn. We all ride the Hut Run poma to the top. Finn follows me downhill. “Well done, Finn. That was a blue run,” I tell him after he’s made it down in one piece. He’s rightfully chuffed.

We lunch on burgers and dimsum at the Alpine Hotel, delaying our meal as late as possible so we can squeeze in maximum ski time ahead of a planned dog sledding excursion. Howling Huskys became Victoria’s first commercial dog sledders when it commenced operations on Baw Baw in 2010, later expanding to Mount Hotham and Dinner Plain.

Ten-strong husky teams haul Finn and Michelle around a kilometre-long loop that’s a taster for lengthier rides. Then once they return, they’re able to pet the ever-so-cute Siberian husky pups.

It’s rained for most of the day and we’re all soaked through. But since it isn’t overly cold, we’ve managed to avoid the complaints often plaguing families on winter trips to the mountains. The only murmurings were from grown-ups hankering for more snow. Next time… perhaps.

For our pick of the best family-friendly ski resorts in Australia, New Zealand and Canada, click here. 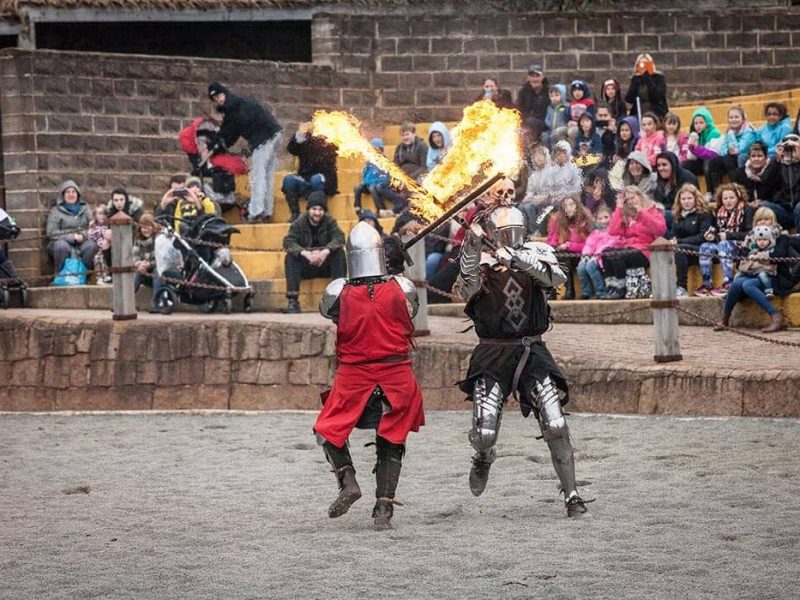 Attractions, School holidays, Things to do

Step back in time to a land of myth and legend with a family visit to Kryal Castle. (more…) 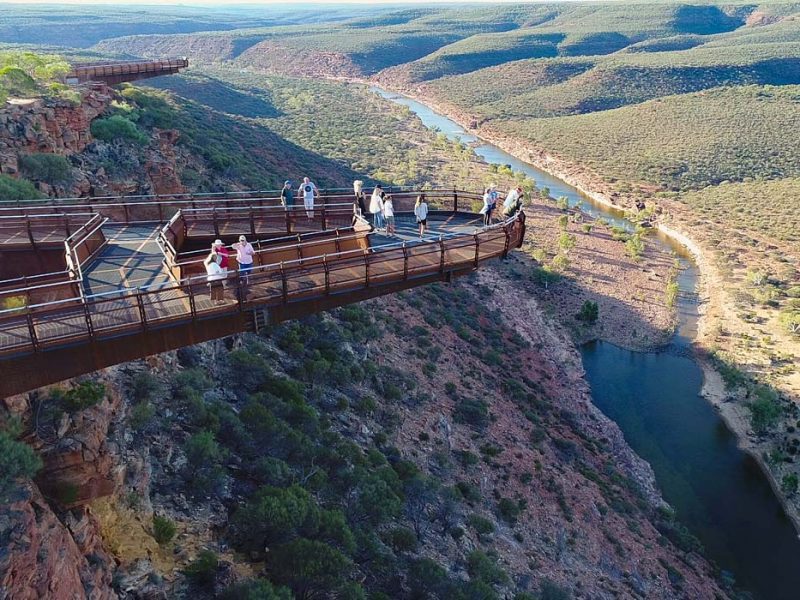 Natarsha Brown discovers that Western Australia is hotter and hipper than ever at these...