The rise of the African family safari

The rise of the African family safari

Once there were few safari lodges in Africa that catered for children. But as Helen Hayes writes, things have changed and now children can experience all the joys of an African safari.

Once there were few safari lodges in Africa that catered for children. But as Helen Hayes writes, things have changed and now children can experience all the joys of an African safari.

Our first sighting was at an airstrip in the Serengeti. The young cub was sleeping peacefully, his brother and elder sister impatiently waiting for him to wake up. It was a human cub, a young baby out exploring the African wilderness with his family, and while he will not remember it, the family will have incredible memories to share with him when he grows up.

We met many families in our time in Tanzania: a German family marvelling at a pride of lions near Nasikia Kaskaz Mara Camp; kids toasting marshallows over a fire during a bush dinner at Azura Selous; and a stack of safari vehicles carrying families for animal sightings all over the Serengeti. At dinner, a young girl told me with great enthusiasm everything she had learned that day (her animal knowledge was quite incredible). As for her younger brother, when I asked him what was his favourite sighting that day, he surprised me by saying not lions or elephants, but getting a close-up look at lion paw prints on a sandy track.

There is no doubt that more and more families are taking their children on safari in Africa. In 2004, on my very first African safari, Jaci’s Safari Lodge in South Africa was one of the few that welcomed families. But by the time I revisited South Africa in 2016, that had changed, big time.

It’s not just mum, dad and the kids going on safari. Sujata Raman, Regional Managing Director, Australia & Asia Pacific, Abercrombie & Kent says, “At A&K, we’ve seen an even larger rise in the number of extended family, multigeneration and multi-family bookings. An African safari is the greatest outdoor adventure holiday you can have at any age, and parents and grandparents obviously derive especial pleasure from seeing the sense of wonder in their children and grandchildren as they experience the wildlife, landscapes and cultures of Africa first-hand.”

Jaci Van Heteren from Jaci’s Lodges agrees, saying demand for her lodges has changed from the nuclear family to the extended family travelling and enjoying time together.

Louise Barlow from Sabi Sabi, “Taking children to Africa is a great gift for parents to give their children, but seeing their joy and amazement when they sight their first animal and get up close to a giraffe or elephant is the real gift to the parents or grandparents.”

Donna Duggan, an Australian who runs Maasai Wanderings and Nasikia Camps in Tanzania, says kids really love learning about animals. She explains, “We run the Watoto Junior Ranger program for kids aged five to eight and nine to 12, with kids given an activity book to complete, a floppy safari hat, a mammals and birds checklist, cultural stories and animal tracks. On their last night in camp, we have a ceremony where the children hand in their books and are then presented with Nasikia Camps Junior Ranger certificates.”

Julie McIntosh from The Classic Safari Company says: “The lodges/camps we recommend all have different programs for kids with some examples being going on game drives, learning the tracks of animals, being a ranger for a day or being shown how to make a toothbrush from a tree. Older kids might visit the Anti-Poaching Units and meet the tracker dogs, go canoeing, mountain biking, meeting the children from a local village and playing football with them or joining them for a class.”

Interactions like those can have a massive impact on kids. Staff at Jaci’s love it when they hear about kids who have taken up wildlife preservation causes once they are home, such as fundraising for anti-poaching initiatives and recycling projects.

When you come across lions on safari, it’s important that everyone sits still in the vehicle, so how old should a child be before they can be trusted to follow this instruction? At Sabi Sabi, kids need to be six to go on a normal safari with other guests, but rangers will sometimes go for a test drive with kids to see how they behave.

Donna Duggan agrees that six is a good age, when they are like sponges with a thirst for information. Jaci van Heteren says kids are welcome at any age, but that they will get the most benefit from the safari experience when they are old enough to ask questions, identify certain animals and retain information.

In Tanzania or Kenya, it’s not that cut and dried, with A&K advising that different camps and lodges have different minimum age limits depending on any number of factors, including the accommodation style, distance between tents, whether the camp is inside or outside a national park, density and diversity of local wildlife and whether or not the property is fenced.

There is no doubt there is a big difference in the kids between when they arrive and when they go home. Donna Duggan says at first they are glued to iPads or phones, but by the time they leave, they are socially interactive and there are tears as they have to part from newfound friends and teachers.

At Sabi Sabi, the kids become the conservationists of the future, says Louise Barlow. “They leave as kids of the bush. They have a bigger picture view of the environment and in terms of the family, they are relaxed and happy having left home – and all that goes with it – behind and are at one with nature. No one has noticed that the devices have run out of battery as they haven’t been given a second thought!”

Sujata Raman finds that kids definitely don’t want to leave their African safari homes. “Many kids have learned the Swahili names and many of the habits and habitats of their favourite animals. They’ll often have adorned themselves with local bead jewellery and some will have kitted themselves out in camp khaki like mini explorers. Almost all will have developed a lifelong love and appreciation of Africa, her people and animals.”

This article originally appeared in the Holidays with Kids magazine. To subscribe to the latest issue, click here. 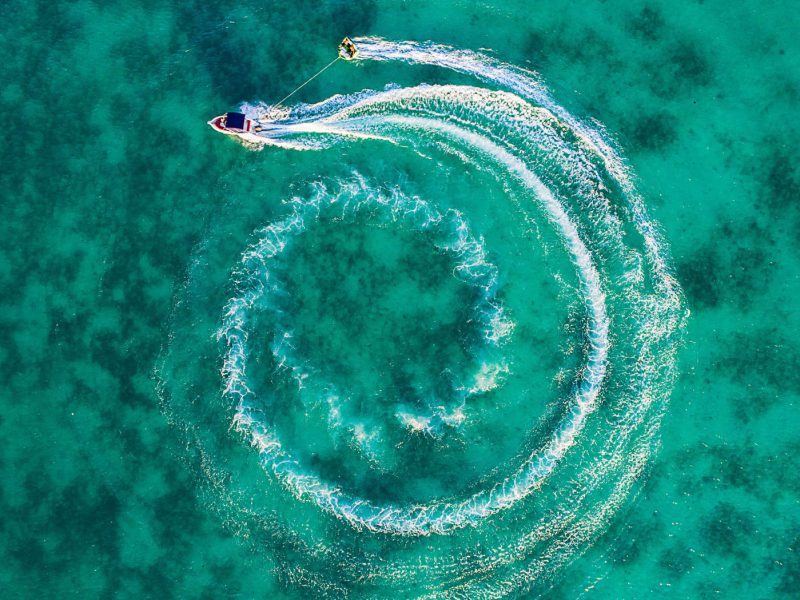 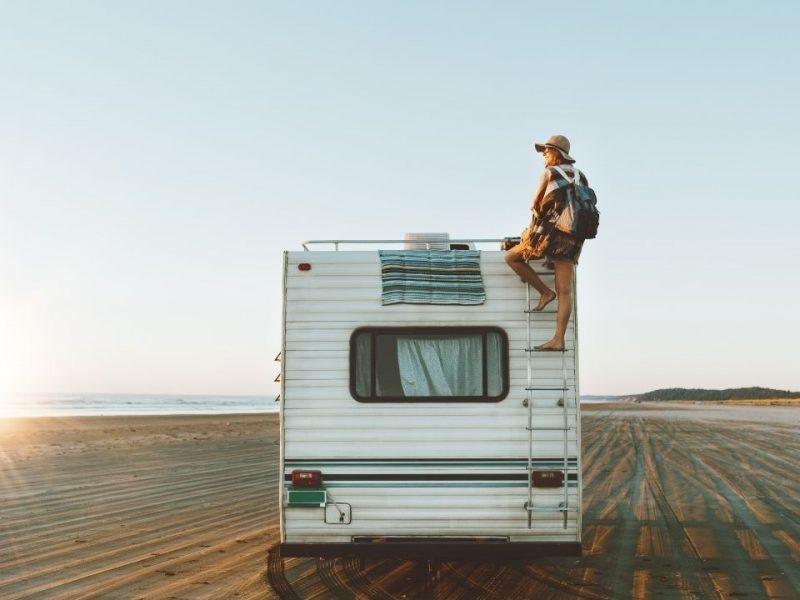 Legs to Lingerie: 9 of the strangest things found in returned motorhomes

From the funny to the downright weird, we list the 9 strangest items that have been lost and...

Energetic, fun, and vibrant, Village Hotel at Sentosa offers an experiential stay for families
i

Tweed Holiday Parks is the perfect place to relax, unwind and make memories.
i
SEE ALL
Back To Top