We have found the best spots in the Northern Territory for families.

The Northern Territory is magical, for kids and adults alike. Hiking trails weave their way past ancient rock art, gloriously colourful sunsets leave you breathless, and hidden waterholes provide revitalisation in every sense of the word. Kids love these crystal-clear water holes and the vast wetlands teeming with wildlife.

The Northern Territory is home to some of the most awe-inspiring landscapes in Australia. Combined with the richness of Aboriginal culture, there’s no wonder it’s a family bucket-list item to visit the Northern Territory with kids, writes Libby Larsen and Tatyana Leonov.

Upon arriving in Uluru we head straight to the park to watch the sunset over the famous rock. First, a series of pinks and reds begin to dance across the sky. As the minutes tick by, the famous hulk transforms into a dark bulge. The sky goes up in orange flames before the sun sinks into the horizon. We are mesmerised, there is no place on Earth like this.

The next morning, we set off on the Uluru Base Walk. The 10-kilometre track that circumnavigates Uluru. It’s mainly flat and accessible for walkers and wheelers, be they the pram, wheelchair or bicycle variety. We later hire bikes and cover the trail numerous times, finding something different to admire each time we do a circle. Kids will also love exploring by camel.

It doesn’t matter if you’re two or 92, the world’s biggest rock monolith astounds.

We were humbled by the majestic Walpa Gorge at Kata Tjuta. The boys also loved the Dot-Painting Workshop at Maruku Arts, a not-for-profit art collective owned and operated by the Anangu, and learned how to tell their own stories in the style of local artists.

Getting to Uluru & accommodation

You can fly directly to Uluru or drive from Alice Springs, which takes around five hours.

If you’re flying into Uluru, you may see the protruding rockface from the plane, but don’t stress if you miss it, once you’re in its vicinity, there’s no missing it.

Voyages Ayers Rock Resort is just outside the park. It has a range of accommodation from camping to glamping. We opted for Emu Walk Apartments in the resort; being self-contained, it’s certainly perfect for families.

Three hours from Uluru, Watarrka National Park is home to Kings Canyon. The sandstone canyon is 300 metres high and a must-see in the NT.

Climbing to the top of Kings Canyon is a challenge, but once you’re trailing the edge and gazing down into the ravine below, your burning thighs are all but forgotten.

About halfway into the hike, the Garden of Eden makes for a lovely respite. It has lush greenery in every direction and the sounds of galahs squawking and finches cheeping. It is also the perfect spot to stop for a snack and rehydrate.

The Northern Territory is home to 24 national parks, 73 nature reserves, several conservation areas, historical reserves and marine parks. And if your brood loves to soak up the great outdoors, there really is no better place than Australia’s Top End.

We’ve had some amazing adventures in Kakadu National Park. I like to think of Kakadu as the ultimate outdoor classroom. Aboriginal people have lived here for at least 65,000 years and are known locally in the region as Bininj or Mungguy.

Kakadu’s sunrise Yellow Water Cruise is worth getting out of bed for. Being surrounded by pink water lilies in the soft morning light, with jabirus, egrets, whistling ducks, magpie geese and kingfishers on the South Alligator River Wetlands is an awe-inspiring way to start the day.

And crocodiles! We see one, then two, then three, four, five… I hold my daughter so firmly she yelps. It’s estimated approximately 10,000 crocs call Kakadu home, so it’s a rather fair assumption that there’s a few lurking in this patch of paradise. My husband snaps photo after photo and I demonstrate great restraint from holding him painfully tight too, as he leans over the edge of the vessel.

Guluyambi Cultural Cruise on the East Alligator River offers a unique local Bininj cultural experience. Our guide, Hilton, demonstrated his knowledge of hunting techniques with masterful spear-throwing. He also showed us local bush foods and medicines and how to make ochre.

One of the most breathtaking places in the NT is the infinity plunge pool at the top of Gunlom Falls. It is part of a magnificent collection of waterholes but the ascent here is not an easy one. It’s a steep one-kilometre hike uphill to get to the top pool. But we do hard things for amazing outcomes. And it is amazing.

The natural rock pools overlook the cascading waterfall and sprawling bushland below. Soaking up that view is really out of this world. The bottom swimming hole is great for the little ones you don’t want playing near the edge.

Ubirr in Kakadu is definitely worth a visit. The walk to the lookout isn’t too challenging for little legs. It is a mostly flat one-kilometre circuit that knits its way past a remarkable collection of well-preserved rock art. It is a layered canvas with more recent artworks etched over older ones on the rockfaces.

The climb to a rocky lookout is about 250 metres and we time our ascent to arrive just before sunset. My husband manages to set up his camera in time to snap the medley of bright pinks, oranges and purples shimmying across the sky and highlighting the vibrant greens and dusty brown plains below.

During peak season from June to September, the Bininj/Mungguy people guide visitors along rock art walks and cultural activities. The walk takes us along a gentle trail passing rock shelters and crevices cut out in the form of short-eared rock wallabies. Then arriving at the Anbangang Gallery, our guide introduces us to the famous painting of Lightning Man. He is the Dreamtime ancestor who controls the dramatic lightning storms that light up the night sky during the Top End’s wet season.

At the end of the trail the smaller Nanguluwurr Gallery features illustrations of ancestral spirits, animals and sailing ships. The sight of these vastly different artworks makes you aware of the changes Indigenous Australians have experienced. They have always been around native animals, but it’s hard to imagine what they would have thought when they first saw a vessel nearing their home.

I would highly recommend a little side trip to Injalak Arts in Arnhem Land for another rock art tour. Jabiru, the main town in Kakadu, is a three-hour drive from Darwin and has a range of places to stay. The most iconic is the Mercure Kakadu Crocodile Hotel, which, as the name suggests, is shaped like a crocodile.

Lazing beachside on the lawns at Café De la Plage, chilled tunes floating in the air while I watch the kids play on the beach, I reflect on what a special place Darwin is for families, and how much I love this beautiful tropical city.

If you ask my boys what the best things to do in Darwin are, they’ll drag you straight to Crocosaurus Cove to get a picture with the baby saltwater croc. There are some huge crocs at Crocosaurus Cove that you can learn about and watch being fed at the Big Croc Show, but it’s not all crocs. Don’t miss the interactive hands-on reptile talks. Next, my boys would insist you make a beeline to the Wave Pool at the Darwin Waterfront for some fun water activities. 20-minute bursts of simulated waves are followed by 10 minutes of calm conditions that keep families entertained for hours.

The nearby Recreation Lagoon is great for a relaxing swim and building sandcastles.

Dining by the water is the best way to eat out in Darwin. The Darwin Ski Club and Stokes Hill Wharf are brilliant for families, and Mindil Beach Sunset Market is a spectacle not to be missed. For accommodation, Vibe Hotel Darwin Waterfront is just a hop, skip and jump from the Wave Pool and restaurants.

A great half-day trip is the jumping crocodile cruise on the Adelaide River, 50 minutes from Darwin. Watching the magnificent crocs launching themselves out of the water is truly a sight to behold. There are a range of tour operators, but we love Adelaide River Cruises.

Any trip to Darwin isn’t complete without a visit to Litchfield National Park, a 1.5-hour drive from Darwin. Basking in the gushing cascades at Buley Rockhole and plunging into the picturesque swimming hole at the bottom of Florence Falls is pure bliss.

Paddling about in Katherine

The imposing cliffs of Katherine Gorge in Nitmiluk National Park are dramatic. The park is owned by the Jawoyn people. Nitmiluk Tours runs excellent boat trips through a staggering network of gorges, or you can opt to hire a canoe, a great way to spot the area’s diverse wildlife. After a day at the gorge, relax and revive at Cicada Lodge.

Central Australia is a place that gets under your skin and makes you want to return again and again. Alice Springs sits in the middle of the stunning MacDonnell Ranges which are part of the Yeperenye or ‘caterpillar’ creation story for the Arrernte Aboriginal people.

Alice Springs Desert Park runs nocturnal tours where kids can spotlight endangered Central Australian species like the rufous hare-wallaby. At the Kangaroo Sanctuary in Alice Springs, my boys experienced pure joy as they cradled and fed the baby joeys. It’s popular, so you need to book well in advance.

Take a drive out to the striking Ormiston Gorge, Ellery Creek Big Hole and Standley Chasm for the kids to try to spot rock wallabies that hop along the narrow rock ledges. 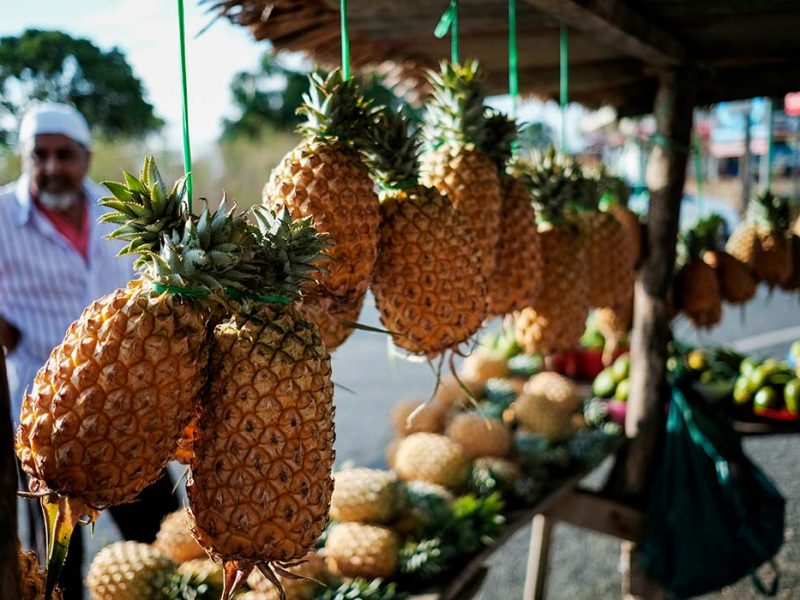 Fiji, Things to do

The 11 best budget experiences in Fiji for families

If you're heading to Fiji and want to hit up the local haunts or discover unique activities that... 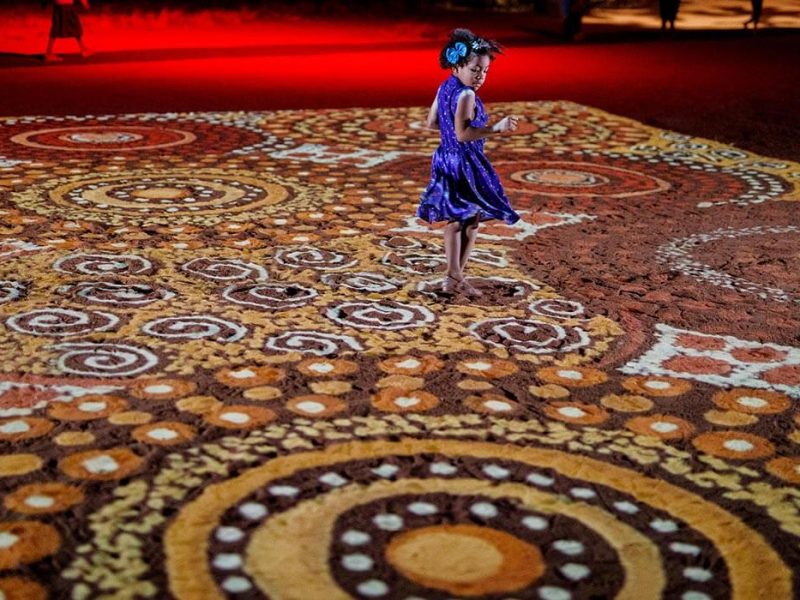 5 incredible places to holiday in the Northern Territory

From its red heart to its sparkling coastline lapped by shimmering blue seas, there are so many...