About the Northern Territory

The Northern Territory is Australia’s largest natural theme park. It stretches from the tropical coastal regions of the Top End to the ancient deserts of the Red Centre.

There is so much to see and do. Scores of larger-than-life characters to meet and a whole host of new experiences that will thrill and captivate both young and old alike.

A journey to outback Northern Territory offers families an opportunity to spend some quality time together and to learn more about their own country and its wildlife, as well as its rich cultural and social history.

Simply put, it’s Australia like you’ve never seen it before. 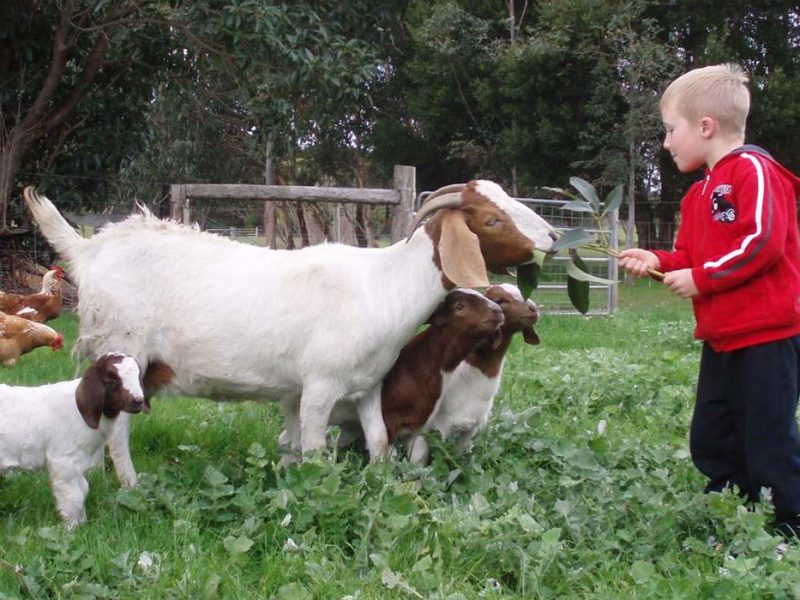 The best farm stays in Australia for kids 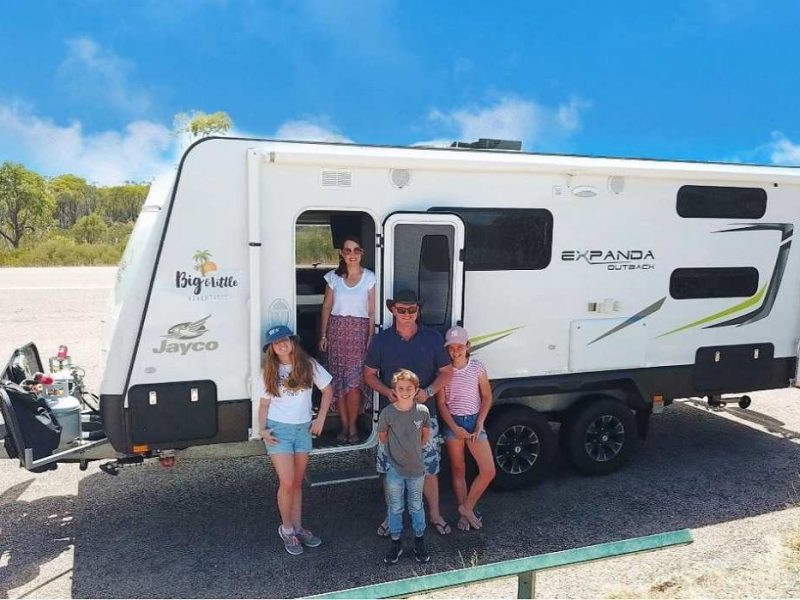 The best caravan trip destinations according to expert travellers

Not sure where to head on your next caravan trip? We enlisted the help of Jayco... 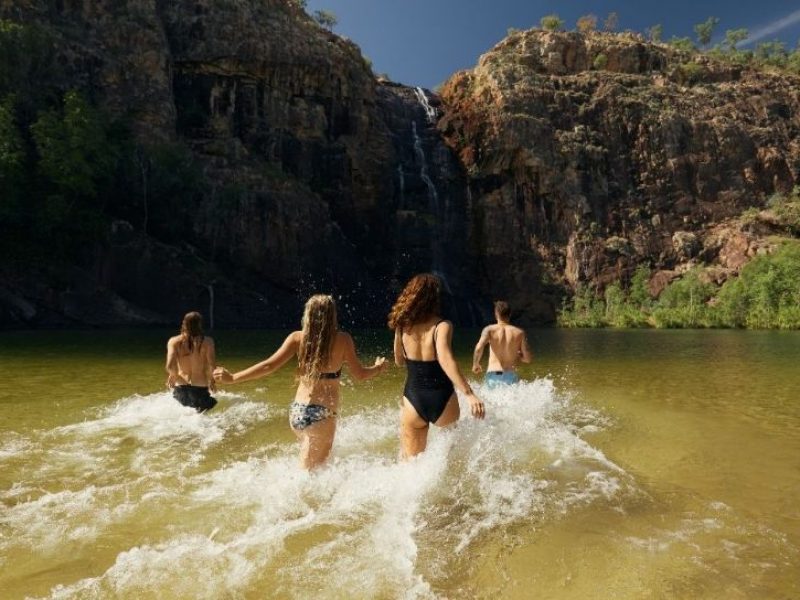 Here are the dates for the Northern Territory school holidays for 2022 and 2023. 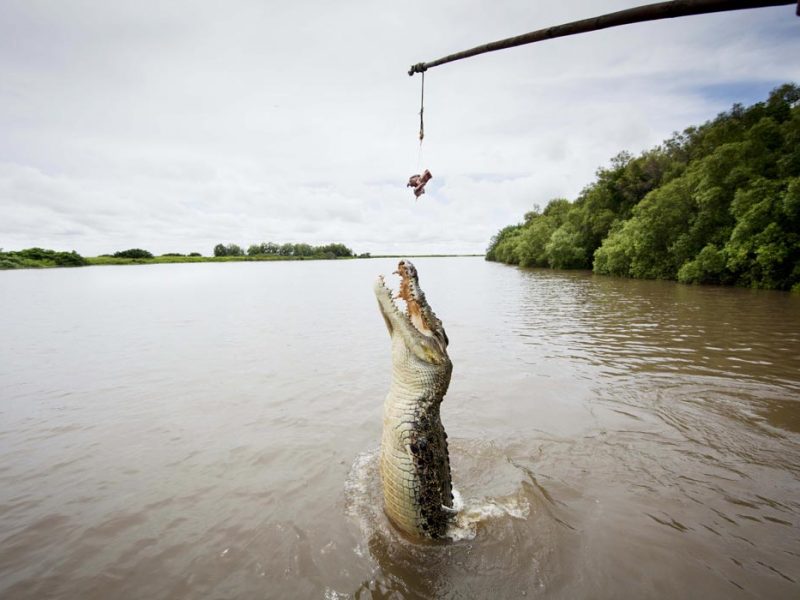 16 things to do in Darwin with kids

Darwin, The Northern Territory’s multicultural and dynamic capital, is packed...

The Northern Territory’s friendly and cosmopolitan capital, the city is the ideal starting place for those looking to explore the very top of Australia. The city has a rich history, so start by immersing yourself in stories of the Aboriginal Dreamtime and the experience of those in Darwin through World War 2.

Next, it’s time to visit the city’s most famous residents: the crocodiles. Both saltwater and freshwater crocs can be found in Darwin’s waterways, easy to tell apart by the sheer size of prehistoric-looking saltwater crocodile. You can jump on a cruise to catch a glimpse of these fascinating creatures or visit the Museum and Art Gallery of the Northern Territory and meet Sweetheart, the mummified remains of a fondly remembered local crocodile.

After a day of urban adventure food should not be forgotten in this city which is home to many renowned restaurants and other dining options. Food often takes inspiration from the surrounding land, so expect variations on the Kakadu plum, mud crab and lemon myrtle. The famous Mindil Beach Sunset Markets are an amazing place to sample some of the amazing cuisine Darwin has to offer, and with the city known as the laksa capital of Australia, the spicy noodle soup is a must-order.

In the very middle of Australia, Alice Springs is often referred to as the beating heart of Australia’s red centre and is the ideal spot to start learning about the traditional custodians of the Australian land. The town is central to many indigenous Australian stories, art and history, and a visit to the galleries on Todd Mall is great start for some fascinating cultural immersion.

Surrounded by red sand and stunning mountain ranges, one of the best ways to get to know this unique location is from above, where a helicopter can take you through some of the spectacular scenery. The town is also a gateway to a number of the Northern Territory’s natural wonders that are simply begging to be explored, including Kings Canyon, the Simpson Desert and the iconic Larapinta Trail that weaves through the West MacDonnell Ranges. It’s a great base for explorers wanting to embark a self-drive or 4WD journey, or those looking for a stress-free and family-oriented package tour.

Alice Springs is also the best place to stay for travellers hoping to visit Uluru, a spectacular rock formation with huge significance in indigenous culture. While climbing Uluru is no longer possible in respect to the traditional owners wishes, watching the sunrise and sunsets over the formation is spectacular and not to be missed by visitors to the region.

Kakadu is the largest national park in Australia, spanning 20,000 square kilometres and listed as a UNESCO World Heritage site for its outstanding natural and cultural values. Only a few hours from Darwin, the park is a playground for adults and children alike, with waterfalls, indigenous artwork and crocodiles galore.

The Yellow Water Cruise is a great and family-friendly experience, a discovery tour through the dramatic scenery of the Yellow Water Billabong that winds through several distinct ecosystems. The Nourlangie walk is another incredible experience, where visitors can see rock paintings that hark back 20,000 years or catch site of some of the unique birds that reside in the national park. At 1.5 kilometres, this is a great option for little legs. After cruises and hikes, cool off at magical Gunlom for a spectacular waterfalls, views as far as the eye can see and nature’s best infinity pool.

A haven for hikers, this awe-inspiring corner of the world is home to some incredible walks. The six-kilometre rim walk is a great place to start in Kings Canyon, taking you down to the Garden of Eden and passing iconic locations such as the domes of ‘The Lost City’ and Priscilla’s Crack (made famous by the classic film Priscilla Queen of the Desert). You also opt to do a guided walk with an Aboriginal elder to learn about the cultural significance of the area.

Once you’re tired of walking, you can take a trip to Kings Creek Station to see a cattle and camel farm in action and try one of the famous Kings Creek camel burgers. If you can get a night off from the little ones, the Under the Desert Moon experience with Kings Canyon Resort takes you to a table for two at a secret location, leaving you to dine on a five course meal under the stars.

Best time to go to the Northern Territory

Best time to go to the Northern Territory

The Northern Territory doesn’t experience ‘summer’ and ‘winter’ like the rest of the country, but instead has two distinct climate zones: the tropical Top End, which has two seasons, and semi-arid Central Australia, which has four.

In the Top End, the dry season (June to August) encompasses the coolest and driest months of the year and is generally considered the best time to visit. With swimming holes cooling and humidity settling to 60%, this region is certainly at its most welcoming at this time. The wet season, from November to April, is characterised by higher humidity and monsoonal rains and storms.

Darwin International Airport is the primary airport in the Northern Territory. If you are heading to the Red Centre, however, you can fly to Alice Springs Airport.

Buses service Alice Springs, although it is generally easier to travel by a private or rental car. You can find timetabling information here.

Public buses in Darwin are run by Buslink and Territory Transit with most services operating seven days a week, including public holidays. You can find timetabling information here.

With the culinary influence of the more than 50 nationalities which make up the Northern Territory’s population, diners are treated to a wide array of flavourful journeys.

Ditch the dining room for an open-air market or dinner under the stars. In Darwin, take a stroll along Stokes Hill Wharf where you can sample the best fish and chips in town with a harbour view.

In the Red Centre, for a dining experience with a difference, take a camel to breakfast or dinner. Or really treat yourself with an exhilarating hot air balloon ride at dawn above the desert landscape followed by a bush barbecue breakfast.

The Northern Territory is host to an array of vibrant markets, galleries and little boutiques selling an array of crafts, gifts and souvenirs. For a truly unique keepsake, nab an Aboriginal print, a South Sea Pearl or some crocodile leather accessories.

Be sure to take the kids to the world-famous Mindil Beach Sunset Markets, where there’s hundreds of local craft stalls, food from everywhere in the world and entertainers to keep the little ones amused for hours. A smoothie on the beach at sunset is the perfect end to a market visit.

In warmer months, the Northern Territory can be extremely warm and humid. Pack light layers, mosquito repellent and sunscreen.

However, if visiting an Aboriginal community this can be seen as intimidating. In this case, a gentle shake and minimal eye contact is standard. The best advice is to allow the community to set the tone or standard, and respond in kind.

No special immunisations or vaccinations are required to visit Australia unless you have come from, or have visited, a yellow fever infected country within six days of your arrival. However, regulations and medical advice can change at short notice, so check with your doctor and the Australian Department of Health before you leave home.

By and large, the Northern Territory is considered a safe destination, although cyclones and extreme weather conditions are a consideration when planning your travel.

First up, of course, is the world-famous and iconic Uluru. No trip to the Northern Territory is complete without an Instagram sunrise or sunset photo of this magnificent red rock surrounded by the changing colours of the vast outback skies.

Just a few kilometres away from Uluru is its lesser known companion, Kata Tjuta, or more colloquially known as The Olgas. The ‘Valley of the Winds’ walk is a beautiful track that leads you through the various rock, gorges and lookout points.

Kakadu National Park is Australia’s largest national park covering over 20000 square kilometres. This remote and incredibly vast landscape needs a few days minimum to explore, and be sure not to miss these gorgeous waterfalls. At Jim Jim Falls have a splash in the photogenic plunge pool; book a boat cruise through the gorge at Twin Falls; and get that perfect holiday shot on the edge of the infinity pool at Gunlom Falls.

Found 100 kilometres south of Tennant Creek, the Devils Marbles (or Karlu Karlu) are a cluster of large granite boulders teetering precariously on top of one another… appearing to defy gravity!