Consisting of 50 states – each with its own unique identity and style – the USA is a patchwork of cultures and peoples, home to everything from the chilled-out surfer’s paradise of Hawaii all the way to New York, perhaps the foremost cultural and financial centre of the world.

A hotbed for every interest, the USA is home to prime destinations for city slickers and outdoor lovers alike. Take a peek inside the world of film in Hollywood; hear some of the best music in the world on the streets of New Orleans, Nashville and Memphis; explore the lush rainforests of the Pacific Northwest; marvel at the wonder that is the Grand Canyon; take a selfie in front of Chicago’s Cloud Gate; or get some sunshine on one of Miami’s beaches – this has to be one of the most diverse global locations imaginable.

To most of us, the word Hawaii (Hawai’i to the locals) conjures up images of exotic hula dancers, swaying palm trees and crystal clear water lapping at white sandy shores. With hundreds of beaches scattered around the six main islands of Hawaii this picture is indeed true, however the ‘Islands of Aloha’ offer so much more.
Check out our Hawaii family-friendly guide here

Kids will undoubtedly love sunny Cali with its friendly beach vibes, incredible national parks and diverse cities. From the misty Northern California redwood forests to sun-kissed Southern California beaches, the Golden State is truly an out of this world destination.

At Mission Bay Aquatic Park, play in nature’s outdoor playground. There are sailboat rentals, bike paths and a host of surfing and kayaking to be enjoyed nearby.

The huge, free-range enclosures at San Diego Zoo Safari Park are home to a jaw-dropping 2600 plus animals including giraffes, elephants and lions. Take the Skyline Safari and experience the views from above on a zipline, or from below on an Africa Tram Tour.

Learn about world cultures, artistic expression, engineering and agriculture in a diverse plethora of children’s education at San Diego Children’s Discovery Museum. Its interactive exhibits will engage the little ones for hours.
Check out our California family-friendly guide here

New York City is one of the few cities in the world that has reached truly iconic status and become a part of world culture. Featuring in countless books, movies and television programmes, it is the ultimate in glitz, glamour and urban cool.

Everyone thinks they know what New York looks like, from its yellow taxi cabs to the steam rising from its sidewalk vents and the hotdog stands on every street corner. New York is all that and then some; just what you expect and so much more. Visit it for the first time and you’ll be thrilled. Return for a second bite of the Big Apple and you’ll be surprised at how this city is constantly reinventing itself.

Home to the truly magnificent Rocky Mountain National Park, much of Colorado remains rugged and wild. At Colorado’s cultural heart is the large, modern city of Denver, the posh ski-resorts of Aspen and Vail and a scattering of small, historic gold-rush towns. Most of all, a holiday in Colorado is all about getting back to nature and enjoying the region’s amazing mountain landscapes.
Check out our Colorado family-friendly guide here

There are so many reasons that Florida should be on your bucket list for a family visit; a land of beaches, seafood, sunsets, wild wetlands and theme parks.

At Walt Disney World, Orlando, kids can meet their movie idols, plus spend the day enjoying a host of rides and adventures. The Four Seasons Resort here is first-rate and satisfying retreat after a day of excitement.

At Ponte Vedra Beach, go wakeboarding, waterskiing or surfing while you’re in one of the prime east coast beach locations in the world. Rent a kayak and you might even see some Atlantic bottlenose dolphins and West Indian manatees.

With 50 rides, shows and attractions plus opportunities to cool off from that hot sun, LEGOLAND is another guaranteed winner for the whole family. Splash in the waterpark, ride the coastersaurus or zoom around on the wave racers.
Check out our Florida family-friendly guide here

For a truly inspiring nature escape, you can’t go past the Pacific Northwest. Even the big cities boast a backdrop of by snowy peaks: Seattle’s Mt Rainier, Portland’s Mt Hood and Vancouver’s North Shore Mountains. If you want a holiday with endless outdoor activities – camping, hiking, cycling, skiing, mountaineering, white water rafting, kayaking – then this is the destination for you.

Often described as the ‘real America’, the Deep South is a region of cultural and geographic distinction, defined by its own cuisine, landscape, accent, literature, music and history. It’s a fantastic fly-drive destination, where you can visit bustling cities, small American towns, learn about history, hear great music and eat fantastic (comfort) food… all topped off with a dose of Southern hospitality! From visiting Elvis Presley’s former home at Graceland to rocking out in honky tonk bar in Nashville, it’s a holiday unlike any other in the USA.

Best time to go to the USA

Best time to go to the USA

USA is beautiful in the late spring (May and June), when you’ll be treated with amiable sunny days, but beat the peak busyness of the summer season. The right season for you will depend on the region and the type of holiday you’re after!

Although temperature averages vary greatly dependent on the region, below are the average temperatures for the Big Apple, NYC.

March to May, average high temperatures of 17 degrees Celsius

Make sure your passport is valid for at least six months from the date you intend to return to Australia.

Upon arrival, all international visitors must register with the Department of Homeland Security’s Office of Biometric Identity Management program, which entails having your fingerprints scanned and a digital photo taken.

The United States administers a strict entry regime to transit passengers. You won’t be allowed to board a plane bound for the United States if you don’t have a visa waiver or entry visa.

If you’re visiting the United States for business or pleasure for 90 days or less, you may be eligible to enter without a visa, under the Visa Waiver Program (VWP).

There are numerous international airports throughout the United States; from Australia, you’re pretty likely to be flying into LAX (Los Angeles International Airport). The domestic air system in the USA is thoroughly connected and reliable, with hundreds of airports and thousands of flights daily.

Taxis can be hailed around major cities.

For maximum flexibility and convenience, and to truly see the most and best of the USA, a car is essential. Although gas prices are high, you can often score fairly inexpensive rentals.

Buses are a cost-effective option for travelling, particularly between major towns and cities. Greyhound is the major long-distance bus company, and routes generally trace major highways and stop at larger cities.

Although renowned for cheap junk food, the world of fine cuisine has been steadily on the rise in the USA – especially in larger cities – and these days you could spend a lifetime eating your way across America and barely scratch the surface. This means that American-style dining could include munching on a plate of cheese fries in Texas to eating some of the world’s most amazing seafood on San Francisco’s waterfront. In addition, waves of immigrants have shaped American cuisine, shaking up traditional dishes and adding a bit of variety, such as Italian pizza and Mexican huevos rancheros. Be sure to look up restaurants in your location to uncover some of the best food around and go beyond the food chains, even if you are just after a hamburger.

Anyone who likes shopping has found paradise on earth in USA’s bustling hub of New York. Often grouped with Milan, Paris and London as one of the fashion capitals of the world, New York City provides visitors with boundless shopping options. Stores don’t seem to have standard opening hours, but most come alive after 10am and stay open until around 7pm. There are shopping listings online at Citysearch and Time Out New York.

Chicago’s Magnificent Mile is also not to be missed. This 13-block shopping mecca boasts more than 460 stores that range in size, style and budget… a shopaholics dream!

Minneapolis-St. Paul is home to the 5.6 million-square-foot Mall of America. A destination unto itself, the country’s biggest mall (which can fit nine Yankee Stadiums inside) boasts more than 520 stores, which means it is virtually impossible to leave without a few bags of goodies in tow.

You’ll be expected – in fact, obliged – to tip in the USA. Bellhops get US$1-2 per bag, hotel maids $2 per day, doormen who get you a cab US$1-2. If your concierge helps you with any arrangements, a tip is also expected. Taxi drivers and waiters get 15-20% of the bill.

Dependent on the region, in summer, you can make do with little more than shorts and a shirt, but in winter you’ll need to bring a full range of winter paraphernalia, from warm coats to scarfs, gloves and woollen hats.

Thanks to our widespread consumption of American media, you and your family should have a fairly effortless integration to cultural customs in the USA.

Electricity mainly operates on 220 volts. You will need a power adapter for the USA.

It’s next to impossible to do the bright lights of the Las Vegas Strip justice in a photo, but that doesn’t stop visitors from trying. No matter where you go on the strip, you can spot visitors furiously snapping away, trying to capture the essence of this neon-lit spectacle.

The Seattle Space Needle is one of the most recognisable structures in the world. Whether you’re on the ground observing the fabulous Seattle cityscape or up on the observation deck, the views are simply incredible.

Whether you approach the falls by boat, fly over them in a helicopter or walk behind them on the pathways, you’re in for a big treat at this thunderous spectacle. Te falls draws visitors from all over the world who come to witness 150,000 gallons of water per second!

Located in California’s Sierra Nevada ranges, this national park is internationally renowned for its ancient sequoia trees, Half Dome, the granite cliffs of El Capitan and Yosemite Falls.

This is a true USA icon, internationally recognised by those who’ve never even been to the New York Harbour. At an incredible 93 metres tall, this goddess of liberty is a must-see. 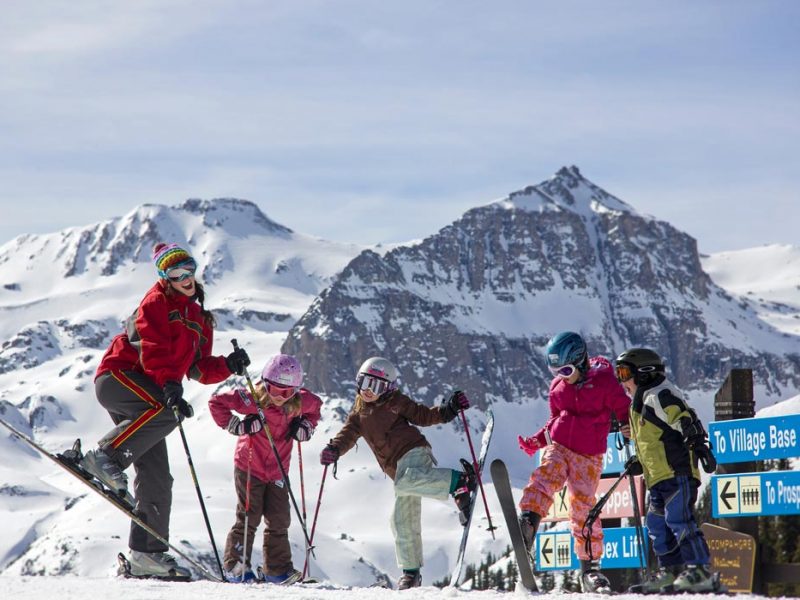 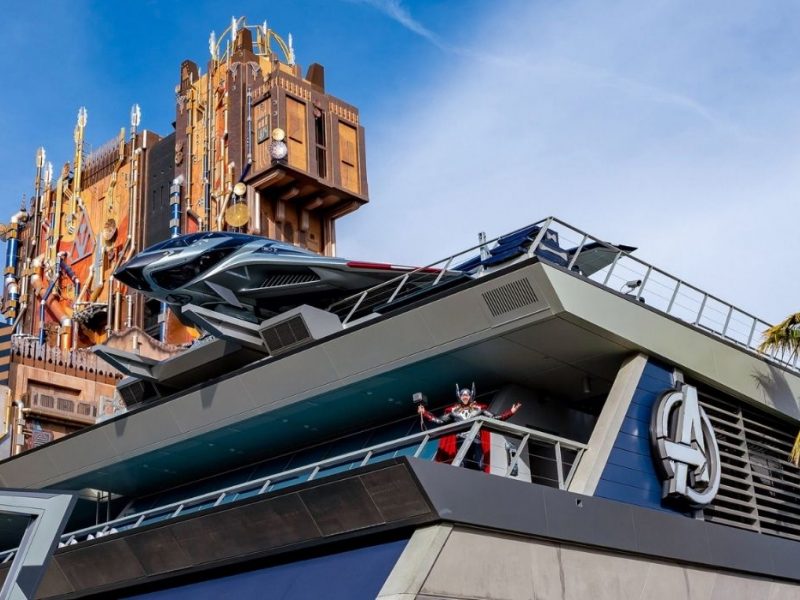 Ever wanted to sling webs like Spiderman? Now's your chance. We take a look... 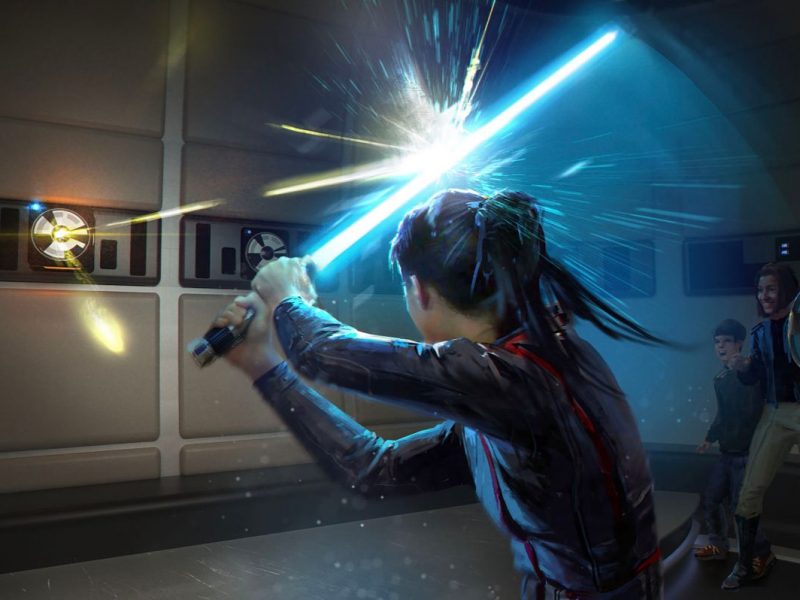 Train to be a Jedi Master at the new Disney Star Wars hotel. You'll get to meet... 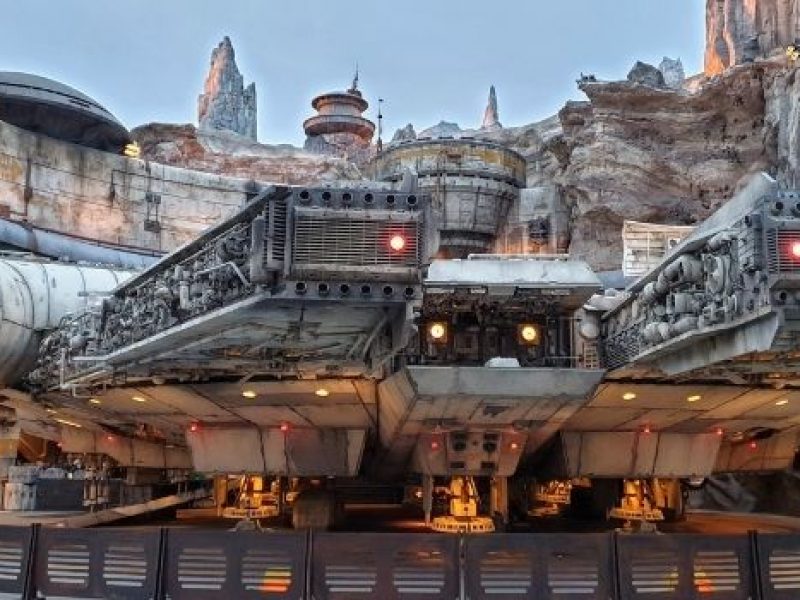 Find out how to read the writing on the wall, hack a droid and join the Dark Side...