The second largest country on Earth, Canada’s wide borders encompass beautiful, flourishing cities, wild natural landscapes, abundant wildlife and a huge variety of cultures and characters. Canada truly has something for everyone all wrapped up in a warm and welcoming atmosphere and a mixture of British, French, American and indigenous traditions.

Canada’s largest city, Toronto is a bustling, sophisticated city home to a colourful harmony of ethnic groups. It’s fun and fashionable with abundant markets, boutique shops and restaurants, yet it’s only a short drive from one of the world’s great natural wonders, the mighty Niagara Falls. For a taste of Gallic culture, French-speaking Montreal abounds in history with its Colonial mansions and Gothic churches. Then there’s ultra-cool Vancouver – despite its damp, misty weather, this city has a sunny disposition – supremely laid-back and absolutely packed with attractions that will keep the family mesmerised for ages. 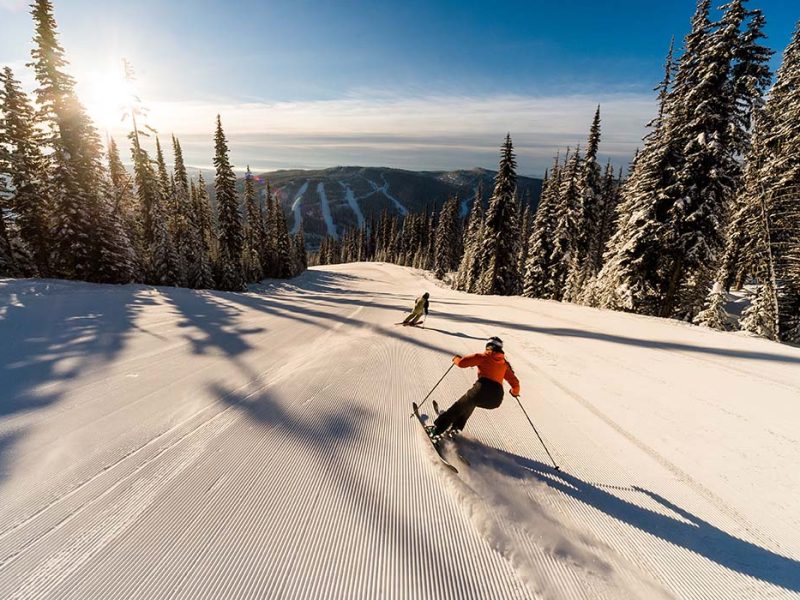 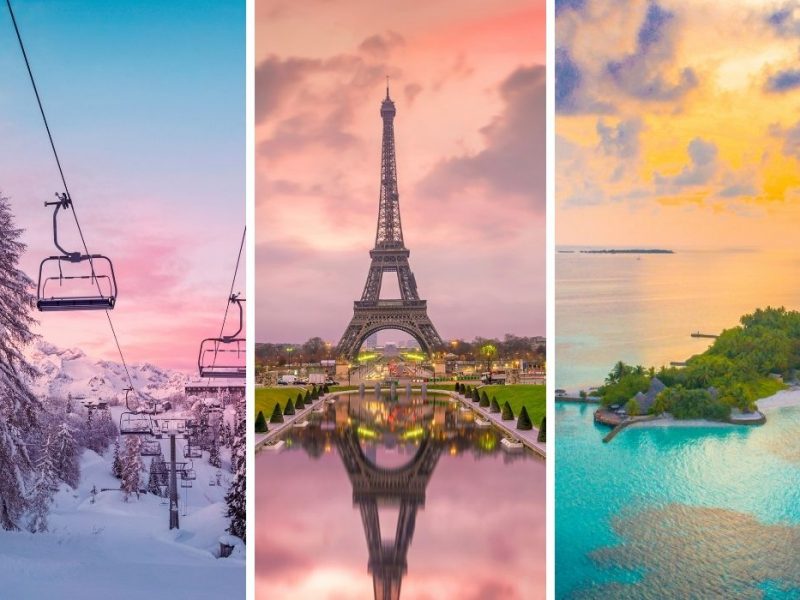 Why now is the best time to book a 2022 holiday

If you've been hanging for an international holiday, you may want to book before... 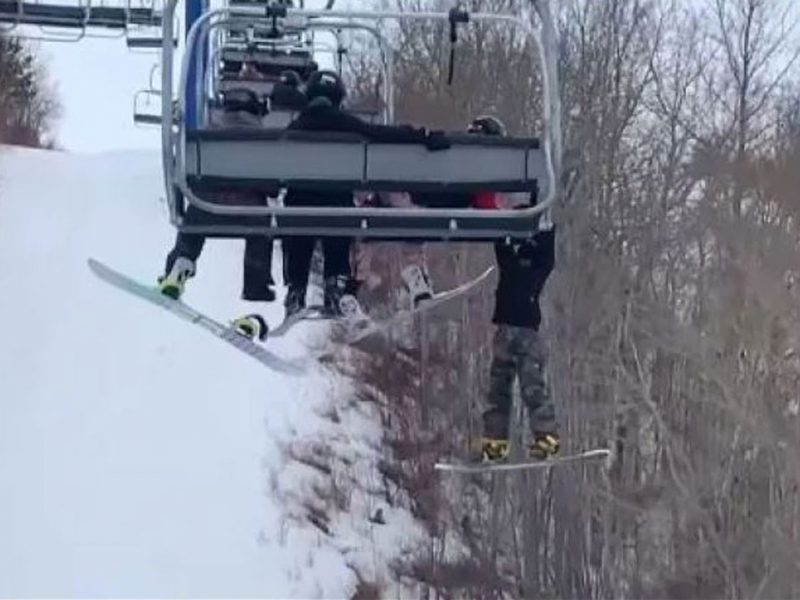 A young boy who was snowboarding in Canada has had a close call after he slipped... 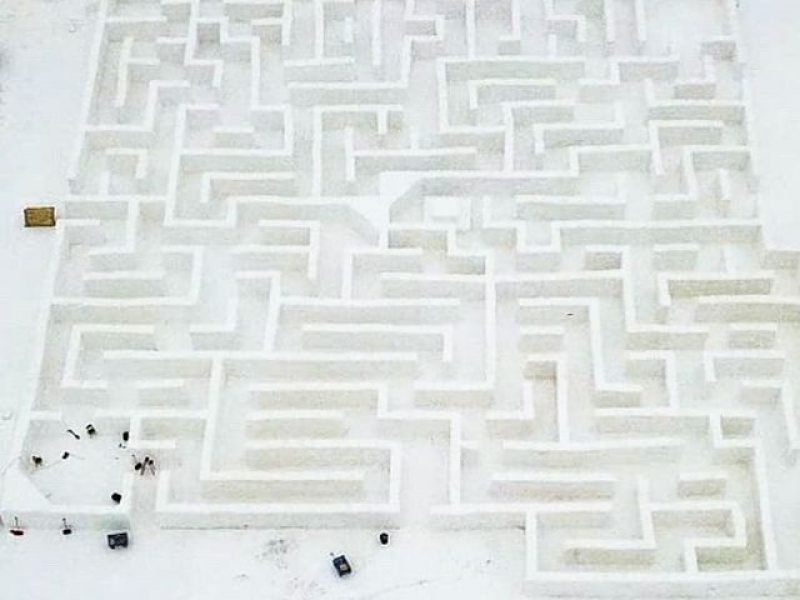 This incredible Canadian snow maze is almost double the size of the previous...

There are lots of amazing things to do in Vancouver with kids!

Ride the Sea to Sky Gondola: Just 45 minutes from Vancouver, the Sea to Sky Gondola will take you on a scenic journey from the water’s edge on the valley floor to Summit Lodge, where you can take in panoramic views of the town of Squamish from the deck and see the iconic 100 metre Sky Pilot Suspension Bridge. Often, there’ll be live music and yoga sessions at the summit, too!

Spend the day at Apex Adventure Plex: Offering rock climbing, parkour, a trampoline park and ninja obstacle course, Apex Adventure Plex is bound to entertain the kids for an entire day and leave them tuckered out for a good night’s sleep.

Go adventuring with Wild Whales Vancouver: The stunning views of Vancouver, the Coast Mountains and Stanley Park would have been enough as it is, but these boat trips also showcase the incredible host of whales and other marine life to be seen around Vancouver. You might even catch sightings of a real life killer whale—and don’t worry, if you don’t happen to catch a whale sighting, they’ll invite you out again another day free of charge.

Experience the quaint, cobble-stoned French heritage Canada has to offer.

Take a walk down Rue St-Denis and uncover the stunning shopping, terrace cafes and hip record stores along its heritage-lined footpaths.

Leave supermarkets behind at the Jean-Talon Market, which will draw you in with delicious scents of fresh produce, home-grown spices and decadent Quebecois cheeses. It’s a great way to get a taste of the local culture, and take a step back in time for a while.

Obviously. One of the greatest natural wonders of the world, the unfathomable Niagara Falls can be experienced from helicopter above, boats below or from nearby viewing stations.

Best time to go to Canada

Best time to go to Canada

The temperature in Canada ranges year-round from mid to high 20s in summer to lows of minus-19 degrees Celsius in the winter months. This means that the type of holiday you’re after will indicate when is best to go.

Canada is renowned for its snowfields and with a ski and snowboarding season stretching across 200 days of the year, Whistler is the place to be from mid-November to May. Early season from mid-November to late December sees smaller crowds with an average of 2.3 metres of snow, meaning you and your family can enjoy the best of the slopes without having to queue for chairlifts. The holiday crowd rolls in from late December to early January as Whistler transforms into a festive winter wonderland with family-themed events to celebrate both Christmas and New Year.

Deep winter from early to late January is the perfect time for powder skiing, while mid-season from February to late March sees snow bunnies taking advantage of longer daylight hours. Spring skiing rounds out the season with an average of 85 centimetres of snowfall in April and 21 centimetres in May. At this time of year, limited runs are open but the fun continues on the slopes with the World Ski & Snowboard Festival. During the summer months, Whistler is great for camping and exploring the great outdoors with a range of hiking and biking tracks.

Off the slopes, the rest of Canada also sees some chilly temperatures so be sure to back plenty of layers and a big coat to stay warm, especially in Eastern Canada (which includes Montreal and Toronto). However, cold temperatures give kids the opportunity to channel their inner Elsa or Anna and give snowman-building, ice skating and the occasional snowball fight a go.

During the warmer months, Canada transforms from an icy oasis into a prime destination for getting out into nature. Explore Lake Ontario in Toronto or lounge by one of Vancouver’s eight beaches – whatever your summer holiday style, Canada has you covered. Be sure to pack a light jacket as the Canadian summer can be quite mild in comparison to Australia’s, especially along the west coast.

Autumn, or fall as it’s called in Canada, is also a lovely time of year to visit as the green fades to shades of orange, red and yellow and the crowds have subsided. This time of year is also great for hiking, camping and even whale watching, so be sure to pop some binoculars in with a warm jacket and plenty of layers.

Make sure your passport is valid for at least six months from the date you intend to return to Australia.

For Australians, an electronic travel authorisation (eTA) is required before you travel to Canada by air, whether your visit is for tourism, business, study, work or any other purpose. However, you won’t need a visa to enter Canada unless you have a criminal record.

You can find more information about the eTA on the Canadian immigration website.

Buses in Canada are generally clean and reliable. Amenities may include onboard toilets, air-conditioning, reclining seats, free Wi-Fi and on-board movies, depending on the length of travel.

Canada has a multicultural culinary landscape, with a diverse array of eateries suited to every kind of family. Both the colonial and American influence is strong with excellent European restaurants and top notch American-style fare available all over the country. Naturally, the French influence in Quebec is easily discernible in the cuisine and an experience in a fine dining, or simple, bistro-style Gallic restaurant makes for a very Parisian style experience!

There are many great places for shopping in Canada’s major cities. Yorkville, in Downtown Toronto, is perhaps Canada’s most upscale shopping district, home to designer names such as Burberry, Prada, Hugo Boss, Louis Vuitton and Tiffany & Co.

For the younger ones, West Edmonton Mall in Alta houses not only around 800 stores, but also an indoor amusement park home to the world’s tallest and longest indoor rollercoasters, a five-acre waterpark, an ice palace and mini golf.

It is customary to tip service staff approximately 10-15% of your bill. This also applies to hairdressers and taxi drivers. Bellhops, doormen and porters generally expect CAD$1 per item of luggage.

Warm clothes are essential for Canada, particularly in winter when the temperatures can drop below freezing. If you plan on doing a lot of outdoor activities, bring loose, comfortable clothing and sturdy walking or hiking shoes. Hat and sunglasses are important when outdoors at any time of year. If you’ll be visiting the snowfields in winter, warm, layered clothing is a must. Ski jackets, beanies, gloves and snow goggles are a very sensible investment.

World-renowned for its politeness, Canada has fairly strong notions of etiquette that are egalitarian in nature and mostly quite similar to those in Australia. Punctuality is considered good manners in Canada, so if your tour schedules to meet at 3PM, plan to be there on time!

No vaccinations are needed to enter Canada, but it’s a good idea to ensure that any prescription medications you might require are still readily available in their pharmacies, or otherwise to be prepared. As always, we highly recommended taking out comprehensive travel insurance whenever you’re headed overseas.

Generally, safety in Canada is considered similar to that in Australia. Try not to carry too many valuables around with you, particularly in tourist areas, but rather leave them in a secure location. What you do need with you throughout the day, try to keep an eye on and don’t leave unattended. As in Australia, it’s wise to be wary of credit card scams.

This UNESCO World Heritage Site is a historical hot spot brimming with charm. Built in the 17th century, this charming village features cobblestone streets and quaint cottages that appear lifted from the pages of an old French novel. Towering architecture and vibrant parks are the cherry on top of an already photogenic must-visit.

Jutting out from the mainland, Spirit Island reaches into the centre of Maligne Lake with a sprinkling of spruce on its sandy surface. It’s the classic Kodak moment long associated with the Canadian Rockies. Surrounded on all sides by the towering peaks of Jasper National Park, this little island is the perfect spot for any budding nature photographer.

Between Jasper National Park and Banff National Park snakes one of the world’s most beautiful drives. Moving through seas of green spruce you’ll be surrounded by a seemingly limitless supply of viewpoints. Every corner of this 232-kilometre stretch brings new awe-inspiring scenes, from the Columbia Icefields to the aquamarine shimmer of Peyto Lake; it’s sure to overwhelm your Instagram feed.

Nestled on the sandy shores of Main Beach, Gold Coast.
i

Kangaroo Island Accommodation and Camping amongst the wildlife.
i

Prime position in the heart of Surfers Paradise.
i
SEE ALL OPTIONS