We embark on a shopping odyssey in Singapore and find time to fit in animal, cultural and dining experiences.

Christine Salins embarks on a shopping odyssey in Singapore and finds time to fit in animal, cultural and dining experiences.

It’s not easy prising teenage girls away from the shops in Singapore, where at every turn there’s a shop or market stall selling hair accessories, make-up and the latest shoes and name-brand clothes for considerably cheaper prices than in Australia.

It’s a challenge, too, with a 10-year-old boy on a quest to find a pair of shoes with lights that will make him the envy of all the kids back home.

But we did manage to drag them away from the shops, and when Helena, a charming and articulate guide, began telling them stories about the seedier side of life in Chinatown in times gone by, they were captivated.

“When the Chinese came to Singapore, they were told the streets would be paved with gold. In fact it was a tough life,” said Helena, pointing to a house where some of the immigrants were auctioned as slaves.

“Others ended up pulling rickshaws and because they couldn’t afford shoes, the bitumen – which was so hot it sometimes melted – stuck to their feet. They took up smoking opium to dull the pain,” she said, whipping out an opium pipe as the kids looked on agog.

The walk, quaintly named Red Clogs Down the Five Foot Way, is one of eleven in a program called The Original Singapore Walks. Because of their short duration – usually around two hours – and the fact that they visit places that are a little offbeat – such as graveyards, haunted houses, gun batteries and funeral shops – the walks are a fascinating and inexpensive way to explore the Lion City.

Our Chinatown walk took us to a temple, herbal medicine shop and through a wet market selling live turtles, fish, frogs and eels. We did our own walking tour of Little India, which is equally fascinating with its spices and Indian sweets, gold jewellery and colourful fabrics and saris.

The city’s best-known family attraction is the Singapore Zoo, which is spacious enough to look natural yet compact enough for small legs not to tire. It’s beautifully presented, with a tram for those who do tire, and air-conditioned shelters at frequent intervals for those wanting to escape the tropical heat.

The zoo has entertaining animal shows and a chance to see a juvenile white rhino and some baby orangutans.. After breakfast in one of its open-air cafes, visitors get the chance to drape a python around their neck. Next door to the zoo is the popular Night Safari.

For a different perspective of the city, we enjoyed seeing it from the river, travelling in one of the wooden bumboats that have plied the river for more than a century. Less sedate but great fun for the kids was a ride on the DUCKtours, an amphibious cargo vessel that was used in the Vietnam and Korean Wars. It travels by road around various city buildings before plunging into the water for a half-hour cruise on the harbour.

The DUCK departs from Suntec City, Singapore’s second largest shopping complex, housing what is reputed to be the world’s largest fountain. While you could spend a day here and not see everything, there’s plenty of other shopping precincts what will have you reaching for your wallet. Parco Bugis Junction, with its glass-covered air-conditioned streets, is a favourite.

But the biggest drawcard is Orchard Road, with its department stores and plazas of shops selling everything from clothes, perfume and luggage, to cameras, electronics and CDs. Lucky Plaza and Far East Plaza, around the corner in Scott’s Road, have some of the best bargains.

Dragging the kids away from the shops again, we managed a day at Sentosa Island, which has numerous attractions for families including Underwater World, Butterfly Park and Insect Kingdom, a World War II fort, and a 4D Adventureland. Like everything else in Singapore, the beaches here are beautifully manicured and it was a great spot for a refreshing dip.

The kids also enjoyed swimming each day at our hotel, the Furama RiverFront Hotel, which had themed rooms, an excellent outdoor pool and many other family-friendly facilities. As well as offering a free shuttle bus service to Orchard Road and Chinatown, it is conveniently located within easy reach of the city centre and the marina.

We found it most cost-effective to take taxis, although there is an efficient bus service and metro, and we enjoyed checking out all the dining options, especially the hawker centres – Singapore’s answer to fast food but much more delicious.

Kids can muck right in and do as the locals do at the Banana Leaf Apolo restaurant in Little India, where Indian food is served on a banana leaf and traditionally scooped up with the hand. Even at the very elegant Raffles Hotel there’s a chance to let it all hang out at the Long Bar, where the tradition is to sip a Singapore Sling and toss all your peanut shells on the floor. The kids can enjoy a non-alcoholic version of the famous cocktail.

For a special treat on our last day, we had afternoon tea at Swissotel The Stamford. The décor was incredibly cool even for teenage girls, and the view … well, it stopped us in our tracks, kids included. 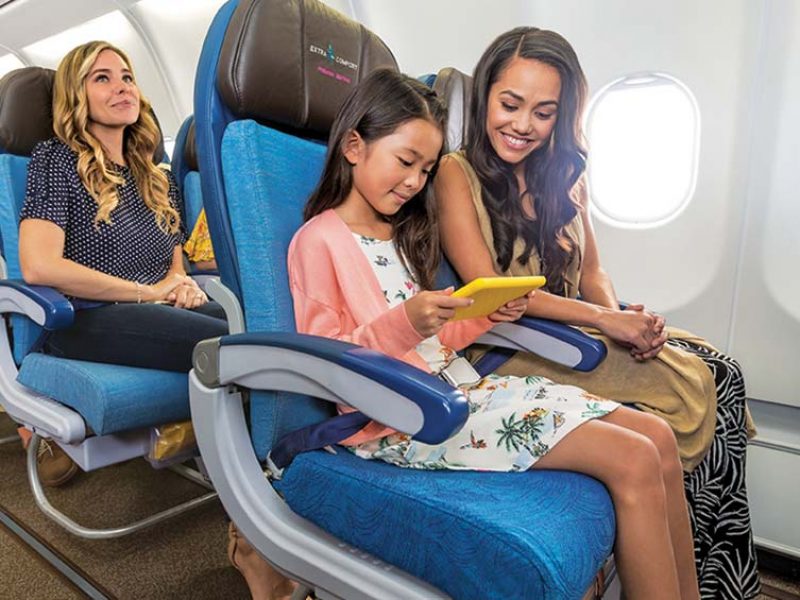 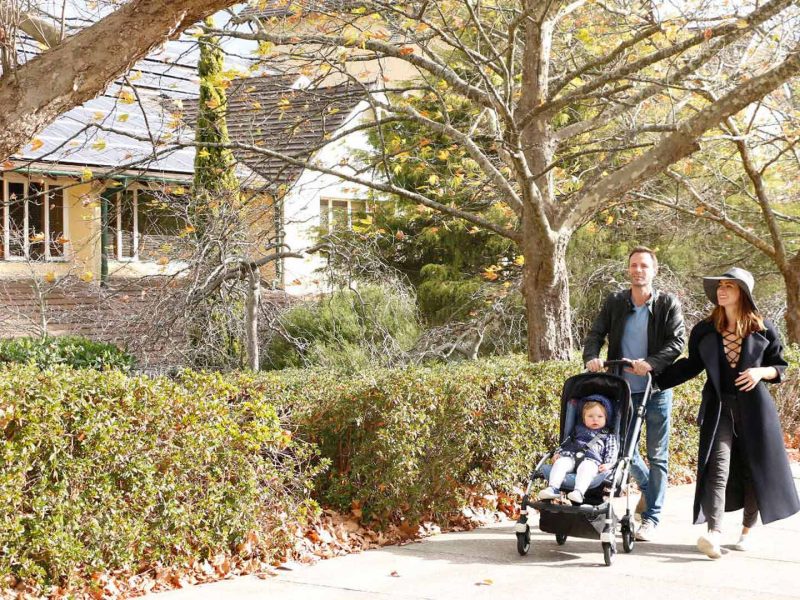 A Blue Mountains getaway with baby

Looking to recharge with a weekend away, Sigourney Cantelo and family hit the Blue Mountains to...