Three families on the road in Australia share with us their favourite section of their big lap so you can start planning your mini adventure.

Three families tell us about their favourite mini-lap

Feeling inspired by all the travelling families doing the Big Lap, but just don’t have the time or budget to take a year off to do it yourself? Then maybe taking a bite is the answer. Three families on the road in Australia share with us their favourite section so you can start planning your mini-adventure.

It’s impossible to choose a favourite part; it’s all worth seeing and experiencing. But the South Australian coastline really surprised us. From the stunning oceanside scenery to delicious gourmet food, from the roaming native wildlife to sleeping in remote campgrounds (which we often had all to ourselves), road-tripping the Great Australian Bight was full of adventure. It is definitely one of Australia’s lesserknown treasures.

Sure, visiting the Barossa’s vineyards and eating to our heart’s content felt like a luxury – and it was a lot of fun – but Innes National Park and the Eyre Peninsula were real discoveries for us. We arrived at Innes in March and were sharing the campground with wild emus and no one else. Corny Point is the bee’s knees for families, with lots of campers hidden amid the bushy sites and behind large sand dunes. Regulars at this spot sang its praises: surfing, rock pool hopping and delicious seafood.

Discovery Parks – Streaky Bay Foreshore is one of our favourite campgrounds in all of Australia, smack-bang on the water’s edge. Enjoy a fire on the beach as you watch pelicans slowly disappear into fairy floss-coloured skies at dusk. Not sold? At least pull in for the creamy oysters.

Riley is forever learning. When we are camping he loves to be involved in collecting wood to start the fire and the cooking. Seeing all the wildlife excited him, especially spotting passing dolphins with his own eyes. We recently started letting him hike which he loves, particularly all the rock climbing. But throughout all our travels, what he loves most is spending time with his folks.

We’d plan to spend more time. We seriously only scraped the surface of this incredible state and we will definitely get back out there soon.

After travelling the world with their toddler, Kirianna and Lachlan Poole are now exploring the wonders of Australia on a great lap – with their trusty Kombi, Izzie, and a newborn daughter, Alba, in tow.

There is so much to love about Tasmania: a slice of heaven in our own backyard with endless things to see and do, and the most picturesque scenery and spectacular coastlines we have ever seen. And you don’t have to venture far to see the beauty, as there is so much packed into such a small state. In fact, someone once told me you don’t have to worry about missing the sights, just get out of your van anywhere and go for a walk – it’s beautiful in every direction – and they were so right. Not to mention the free camping, with some sites right on the beach.

Early on in our trip we visited Boat Harbour Beach and knew it would be hard to top: lazy days spent on a perfect beach with bright blue water – it was just so relaxing. Cradle Mountain was unlike anything we have ever experienced before. Bruny Island was a pleasant surprise; we almost skipped it as we were behind schedule, but we are now so glad that we didn’t. We should have known a foodie haven known for its oysters and mouth-watering cheeses was going to be a hit.

Our kids love the water, so basically anywhere they could swim. Yes, it was freezing, but that didn’t stop them. They spent hours splashing about at Boat Harbour Beach, as well as exploring the rock pools at Bay of Fires. Although, the thing the kids will talk about for years to come is the incredible encounters with the wildlife.

Stick to our plans and not overstay at places as it did lead to us having to rush towards the end of the trip. It’s just so easy to fall behind schedule.

Jayme, Rory, Aston (13), Emielia (8) and Edie (3) are a family of five, originally from the Sunshine Coast, who have been living in their caravan full-time for over 10 months, with no intention of stopping anytime soon.

Summer of Seventy Five spent 6 weeks in the Top End: Broome to Darwin

No place in Australia has captivated us as much as our time spent in the Kimberley, where we travelled from Broome to Darwin via the Gibb River Road. Here, we experienced the raw nature of the land in its wildest form. It’s remote, rugged and untamed, but also so incredibly beautiful. We experienced sunrises and sunsets unlike anything we’ve seen before. We camped on the beach, swam in the turquoise sea and slept under the stars. We trekked through the landscapes and discovered gorges, waterholes and waterfalls that were billions of years in the making. We learned about the land, its people and its ancient boab trees.

Kooljaman at the tip of Cape Leveque was a favourite. We stayed for four nights in a beach hut made of sticks, Robinson Crusoe-style. The kids delighted in sleeping under the stars and the area is full of such vibrant colours – where the red earth meets the white sand and turquoise sea. Galvans Gorge is smaller and not as popular as others along the Gibb River Road, so we had the whole place to ourselves for a day. Tunnel Creek was impressive; we soaked for hours in Zebedee Springs at El Questro; Purnululu National Park’s rock formations were so grand in scale that we were speechless with awe; and Litchfield National Park is simply spectacular.

Hands down: the waterholes, especially after a hike to get there in the heat of the day. They would swim for hours, clamber over the rocks, jump off waterfalls and explore little nooks … it was childhood fun at its purest.

Next time we would add a few more days to drive up to see Mitchell Falls. Also, if people want to hire a 4WD to do the trip, take out full-coverage insurance for the vehicle, as a flat tyre (or two) along the Gibb River Road is almost a rite of passage.

Amber, Keenan, and their daughters Coco (13) and Indigo (12) are an adventuring family who roadtrip around Australia in their 1975 Kombi van. After six months of full-time travel, they now split their time between their home and their travels.

Planning your own big lap? You can read our big lap travel guide here. 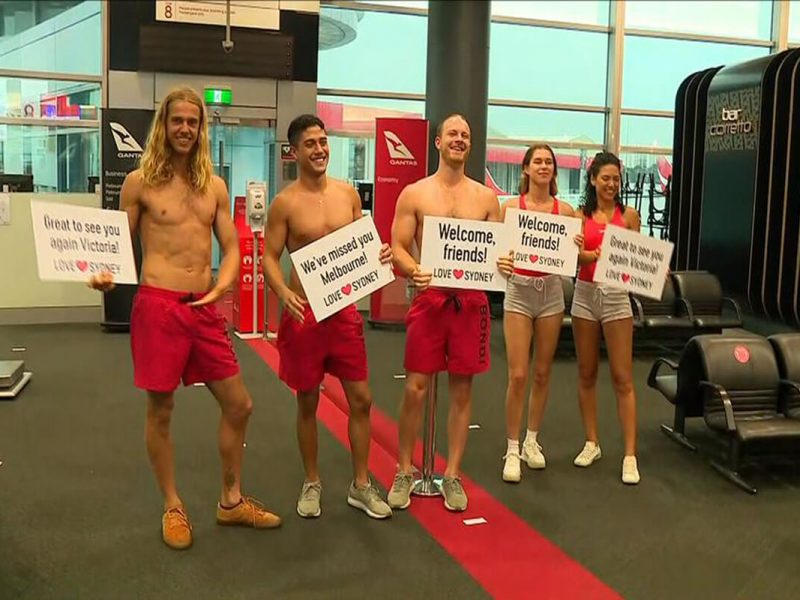 Why lifeguards are handing out donuts at Sydney airport

Travellers arriving at Sydney airport from Melbourne today have been met with a very warm... 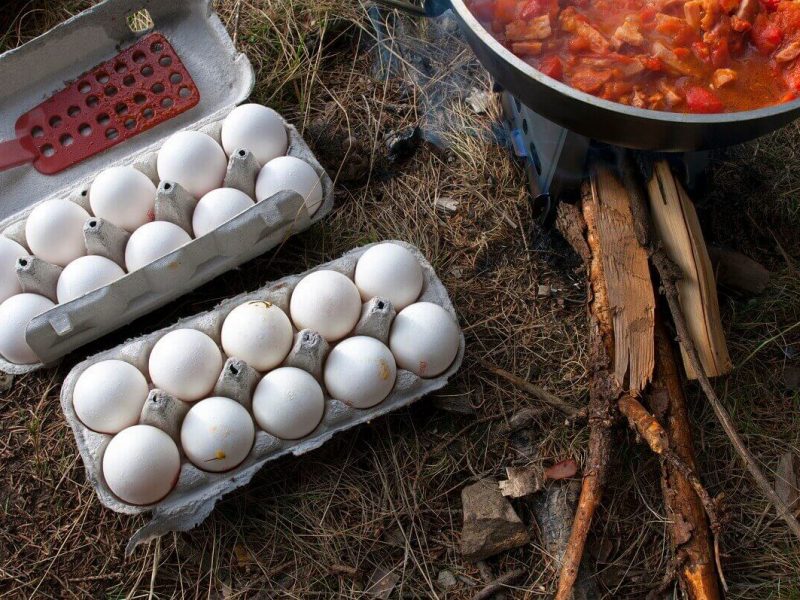 Bacon and eggs is the best camping breakfast. But egg storage is arduous. We've found three...