Dressed in a miniature wetsuit, my son sits perched on his father’s lap, attempting to attract the numerous sharks and stingrays gliding past his tiny toes.

He’s demanding their attention with the constant thrashing of a slither of dead fish, yet his excitement does little to entice them any closer. It doesn’t matter, though, as he’s having a ball — as equally fascinated by these strange marine creatures he’s never seen before as his mum and dad. It sure is an exhilarating experience to feed juvenile Port Jackson sharks and various rays as they swim past our legs in haste. We’re at Irukandji Shark & Ray Encounters, an ‘interactive aquarium’ in Port Stephens. Not long after arriving, our family of three is kitted out in wetsuits and waterproof waders and is meeting the first of many sharks in a handful of various-sized pools. Our son is just 17 months old, so we’re unsure how much he’ll get out of our visit, but — wonderfully – he’s enraptured. Soon, we’re thigh-deep in a pool, hoping small sharks and rays devour the fish we’re offering. Some are hungry, others content with lazily swimming beside us. This first pool eases us into the next, which is much deeper and home to larger creatures that appear just as curious. Our son is not the least bit intimidated. Although a subdued experience, our trio, after an hour, has grown weary and is ready for some more traditional pool time.

Snaking past studio balconies and underneath footbridges, a lagoon-style pool is the main drawcard at Oaks Pacific Blue Resort in Salamander Bay. Meandering for 500 metres, the aqua pool lures guests as soon as the sun rises. We splash about in the cool shallows, as nearby palms rustle in the wind and couples relax on lounges. Teenagers float by on
inflatable boats, on a seemingly never-ending circuit. We succumb to the outdoor spa and a few dads with babies join us — the little ones curious about the bubbles. When nap time approaches, we whisk our tired tot back to our two-storey, three-bedroom studio. While he snores, we enjoy the private plunge pool.

Late afternoon is spent wandering through Tilligerry Habitat Reserve at Tanilba Bay, hoping to spot a few of the wild koalas that feed and rest here. We have no luck but don’t mind; the reserve is a great place to get amongst the native bushland. The flora is so lovely that we often forget to look into the trees for the koalas. Instead, I admire banksias and golden wattle while my son explores a whole new world.

He gives a goat a huge, affectionate hug, much to the animal’s surprise.

Breakfast with a view

In the morning, we head to Crest Birubi Beach, a modern cafe with views of the ocean. We start the day with a delicious granola with dried cranberries, almonds, fresh strawberries and yoghurt, as surfers parade past, eyes glued to the waves crashing below. It’s easy to tell Crest is popular with locals and tourists, and we’re instant fans thanks to the easygoing vibe and the fact there’s plenty of space for toddlers who like greeting fellow diners. When our son gets restless, dad plays with him on the grassy area between the cafe and sand, as I lap up the opportunity to finish a cup of tea before joining them.

With bellies full, we head straight to Zenith Beach, a local secret that doesn’t disappoint. Hidden over the backside of the sleepy Shoal Bay, the beach is a quiet crescent, overlooked by the forested pyramid that is Mount Tomaree. You can hike to the top of Mount Tomaree on the Tomaree Head Summit Walk for fantastic views of sand and sea, but we stay at ground level, playing in whitewash and amid gnarled driftwood in the dunes. I wish I had more time in Port Stephens just so I could spend a few solid days lapping up the beauty here, but we continue on, with one final place to tick off our must-see list.

We round out our weekend with our first family farm animal experience. Oakvale Farm and Fauna World, a 30-minute drive back toward the highway, isn’t as well-known as some of the region’s other attractions (such as sand boarding and dolphin watching), but it’s a local favourite. Not one for visiting such centres pre-parenthood, I am overjoyed by my son’s excitement at meeting cows, goats, geese and ducklings. The most wonderful moment, and probably the highlight of our trip, is when he gives a goat a huge, affectionate hug (much to the animal’s surprise). His giggles when said goat and its siblings lick and nuzzle his tiny hands are music to our ears. The special encounter has us smiling all the way back to Sydney, as our little man sleeps in the car, exhausted and completely content from our sunny staycation in Port Stephens.

Port Stephens is a 2.5-hour drive north of Sydney and an hour’s drive north of Newcastle. The closest airport is Newcastle Airport, which is serviced by QantasLink, Jetstar, Virgin Australia and Regional Express. 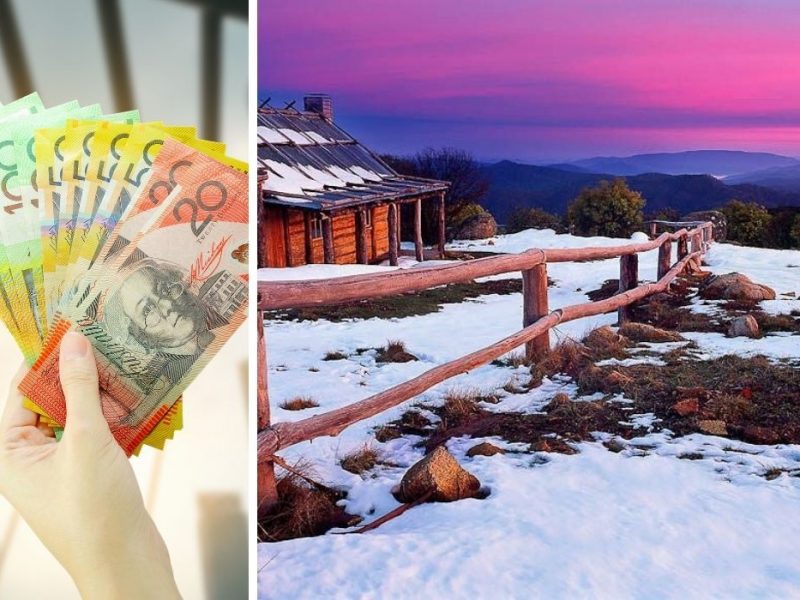 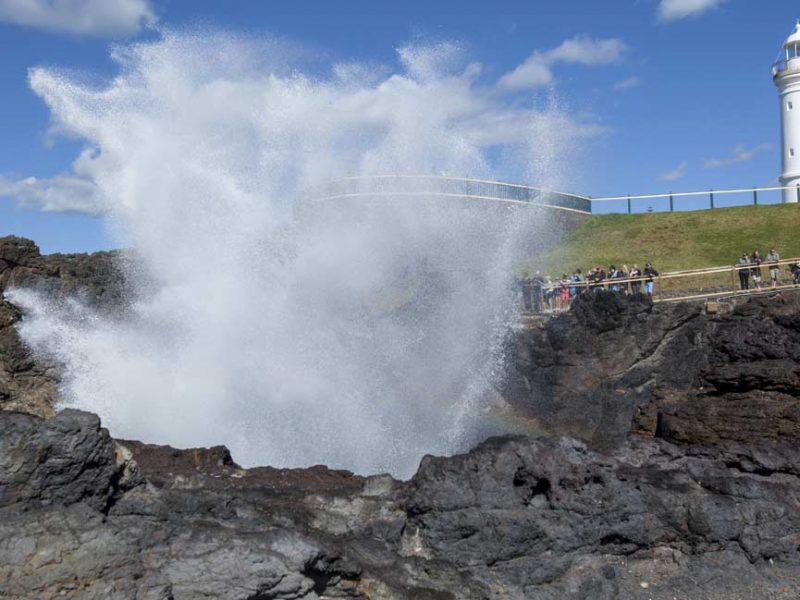 What to do in Kiama on the NSW South Coast

Just a short drive south of Sydney, Andrew Mevissen discovers the charms of Kiama and shares...