Our adventures while campervanning in Colorado

HomeHoliday types Adventure Our adventures while campervanning in Colorado
Adventure

Our adventures while campervanning in Colorado

Following several successful motorhome trips in Europe, Marcus Leach and his family travel to America in search of the great outdoors and a new adventure.

Following several successful motorhome trips in Europe, Marcus Leach and his family travel to America in search of the great outdoors and a new adventure.

“Over there!” Harrison, our three-year-old son, says excitedly as he points to a large clearing in the dense woodland that lines the road.

Only a few kilometres earlier, during an impromptu lunch stop, a man dressed in full camouflage with a tanned, weathered face and an unkempt beard, had unexpectedly approached us with a word of warning.

“There is,” he said seriously, “a moose in the area, and it will cause a great deal of damage to your motorhome if you hit it,” before quietly disappearing into the trees. I cautiously drive on, senses heightened as suddenly every shadow, every dark rock in the distance, takes on the shape of the animal we hope to encounter.

“He’s right, it’s over there,” my wife Kim says in a hushed tone, pointing to the far side of the clearing. I immediately stop the motorhome. We’ve come to Colorado in search of a large-scale adventure in the great outdoors, and despite all having hopes and ambitions of seeing and doing so much, I don’t think any of us actually thought we’d see such a magnificent animal in the flesh.

Mother Nature at her finest

I tentatively pull our 7.5-metre motorhome on to the interstate, the high-rise skyline of Denver slowly shrinking in the rear-view mirror, a horizon bursting with snowcapped peaks ahead. This is it, we are on the road. Next stop: the Great Sand Dunes National Park & Preserve.

From afar the vast dunes are nothing more than a smudge of light brown at the foot of the Sangre de Cristo Mountains, but as we draw ever nearer, their true grandeur becomes evident as they grow before our very eyes until eventually, as we stand at the foot of them, they tower above us.

We are fortunate enough to arrive at a time when the seasonal Medano Creek is still running along the foot of the dunes. Kim and Dorothy, still just 11 months old, play in the cool crystal-clear waters of the creek while Harrison and I head for higher ground to enjoy a sledding experience like no other.

However, it is only as the sun slowly begins to sink from its perch high in the sky that the dunes reveal their true beauty, a glorious golden hue cast across their faces, replaced by a burning orange and red flame as the disappearing sun sets the horizon ablaze with colour.

Onwards our journey takes us as we swap vast mountains of sand for a mammoth of rock. At over 4,300 metres high, Mount Evans, home to North America’s highest paved road, is a truly spectacular peak and no matter how you get to the summit – be it on foot, bicycle, in a vehicle or by any other means possible – it’s a must when in Colorado.

With every corner we round comes an even more impressive view across the top of the Rockies, stretching as far as the eye can see. Higher still, and tucked away in a glacial cirque, sits Summit Lake, which – given its name – is a misleading eight kilometres from the actual summit, but is no less impressive with its shimmering royal blue waters.

For all of the mightily impressive mountains it is a different experience that Harrison’s most excited about, a journey back in time on the Durango and Silverton Narrow Gauge Railroad. Dating back to the 1880s, the coal-fired train was originally used by miners, cowboys and settlers of the Old West, but now offers passengers a unique 3.5-hour journey through a series of breathtaking canyons in the remote wilderness of the San Juan National Forest.

It doesn’t take long before we are chugging our way alongside the Animas River, great plumes of white smoke billowing high into the azure blue sky. Harrison’s excitement builds with every shrill blast of the train’s whistle, his eyes wide with wonder at the world around him, the train hemmed in by sheer cliffs and immense snow-capped peaks on either side. His happiness is complete when the conductor comes by offering an array of ice-creams. Had there been a sleeper carriage he would most likely still be on board now.

By this stage of the journey we are beginning to question how it can get any better, and then we encounter The Moose. For a short while as we watch this majestic beast the world seems to stop, and then, with a grace that defies its size, it slinks into the woods, leaving us all wondering if we had really seen it at all.

As a little boy I remember my mum telling me to focus on living a life full of experiences, to create memories rather than collect possessions and, most of all, to see the world. That’s why we came to Colorado, to show our children a small corner of our world, to open their eyes to all that is around them. Truth be told, neither Kim nor I could ever have imagined it would be so enchanting.

Planning a holiday to Colorado? You can read our complete family-friendly travel guide to Colorado here. 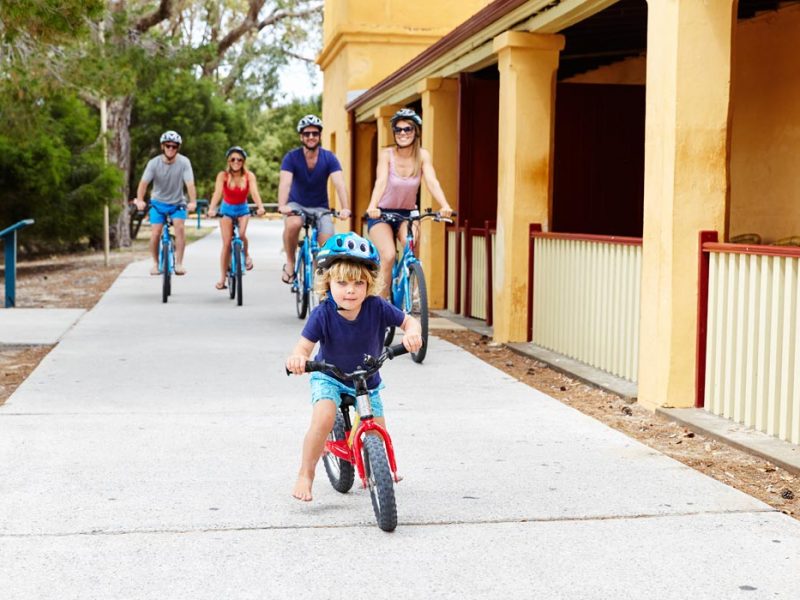 Dig out the bike rack and load up the car, these are our favourite cycling destinations. 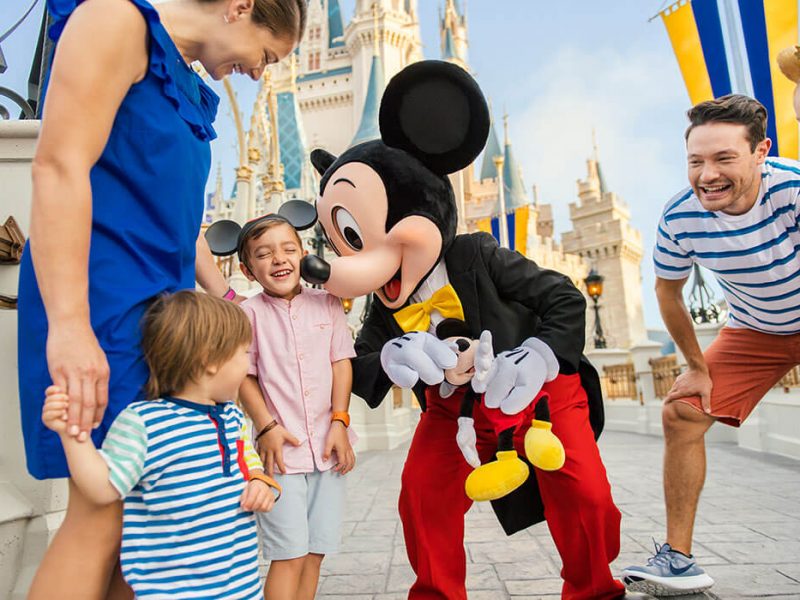 A Dream Holiday at Walt Disney World Resort in Florida