Backyard to Backpack – a mother and daughter adventure in Borneo

Backyard to Backpack – a mother and daughter adventure in Borneo

Evie Farrell and her daughter Emmie share their adventures in Sabah in this edited extract from her new book, Backyard to Backpack: A solo mum, a six-year-old and a life-changing adventure.

Evie Farrell and her daughter Emmie share their adventures in Sabah in this edited extract from her new book, Backyard to Backpack: A solo mum, a six-year-old and a life-changing adventure

Sabah was an incredible adventure for us. It was even more than we expected, with stunning white-sand beaches, clear blue water and some of the best diving in the world. We met tribe members living in longhouses under the guidance of a chief and traditional rules and laws. We spotted endemic wildlife in the jungle: orangutans, proboscis monkeys and pygmy elephants. We paid our respects at memorials to soldiers held in prison camps and sent on the Sandakan Death Marches in World War II by the Japanese, where only six of the 2400 Australian and British troops survived. We ate the most delicious pineapple we’d ever tasted. We learned about headhunters and poison darts and ancient myths and legends. Our eyes were opened to the diversity and history of this rugged Malaysian island.

We sat together in the back of the minivan as we rolled and bumped our way across the state, with Sylvester teaching us about his home. We visited the Mari Mari Cultural Village, where we blew poison darts and learned about ancient tribes, such as the rice wine-making Dusun, the headhunting Merut and the farmers of the Lundayeh and Rungus tribes. It was a window into another world that hadn’t completely disappeared. Borneo was clutching its tribal history close and sharing it with us.

Beneath the slopes of Mount Kinabalu, we discovered a rare rafflesia—the biggest flower in the world—and in Kota Belud, we fished and Emmie played with local kids on bamboo rafts while I hung out with their families on the riverbank. Ever generous, they offered me food and drink, and I promised myself to be more open to strangers I met at home.

We traced some of the steps of the Sandakan Death March through the Sabah Tea Gardens in Ranau, where we met the grandson of a villager who had helped the escaped Australian prisoners of war, and we visited the memorials to our brave soldiers. Emmie’s education was here, in our everyday travels. These experiences were far more valuable than counting in twos, and I knew that she was getting everything she needed from our life on the road.

We travelled to the Tip of Borneo, where the Sulu and South China Seas meet, passing through lines of palms on repeat as far as we could see. When I noticed the symmetry of the plantations, I realised that most of the palms were not natural groves but palm oil plantations. While plantations in Sabah are mostly run by big corporations, families and communities can also make a good living from having their own crop. It’s easy to tell who has a plantation, as their houses and villages are usually bigger and fancier.

The tragedy is that for these plantations to be built, jungle needs to be cleared. This means wildlife, including majestic creatures such as orangutans, lose their homes and often their lives, especially since a lot of clearing is done by burning to raze the jungle completely. Villages generally don’t have a huge amount of land, but big corporations do, and they make a fortune as the world loses wildlife, ancient rainforests and jungle. Sabah has declared the remaining forest and jungle protected to help the orangutans and other wildlife recover and thrive. It has to work; too much has been lost already.

On our way, we stopped to meet Zulah, a 75-year-old Bajau tribe machete, or parang, maker. We watched him heat scavenged metal over coals and knock it into shape on an old anvil while he let Emmie blow the bellows for him. We met beekeepers producing organic honey, and farmers growing produce to feed the island. We visited with a family of gong-makers, whose ancestors had learned their craft from Chinese traders and passed it down over the generations, tuning the gongs by ear.

We spent time with families in traditional longhouses and learned how they live together. We visited the Sepilok Orangutan Rehabilitation Centre, where young orangutans came down through the trees to eat fresh fruit left at a feeding station—one tried to grab the beads in Emmie’s hair—and we watched orphaned babies learn to swing from ropes and play together. We watched sun bears saved from the hideous bile trade snuffle through ground cover for fruit and insects, and visited Gomantong Cave, filled with bat poo and cockroaches, where swiftlet nests are harvested for the bird spit used in their nest-making, valued for its flavour and (supposed) health benefits.

After more than a week of exploring, we arrived at a thatched riverside hut on the Kinabatangan River, the second-longest river in Malaysia. The jungle here is where much of Sabah’s wildlife hangs out, and we were desperate to spot pygmy elephants and wild orangutans. Each morning and afternoon, we would climb into a little boat and set off down the mighty Kinabatangan, Emmie and me sitting on the cold metal seats and competing to see who could spot the most. Pygmy elephants foraged on the banks and quickly crossed the river in a long line, almost-hidden crocodiles watched us with lazy eyes, proboscis monkeys crashed through the trees and orangutans sat on branches eating fruit while hornbills majestically flew in pairs across the sky.

One evening, I was the lone guest on a night-time nature walk with a local ranger. In long pants and leech-proof socks and boots, we crept through the bush until a cracking noise broke the silence and stopped the guide in his tracks. He turned to me looking terrified and whispered dramatically, ‘Ele-pants are coming. We go back. Now.’ Unaware of how serious it was, I had a little giggle. The herd was on the move and, while they looked small and cute, these elephants could easily trample us. We began a quick trot, now and then stopping commando-style behind trees for the guide to listen for the herd. I thought it was hilarious, only because I totally underestimated how serious an elephant trampling could be. As we emerged back at the huts, Emmie ran along the wooden pathway to meet me, sparkling in the golden glow of the lamps that lined the handrails.

‘No, babe, we had to run from the elephants! They’re in the bush just behind us, can you believe it?’ I told the story to Emmie, and we laughed about me in my long leech socks running from elephants. Little experiences like these were all part of our journey, sewn into the fabric of our adventure together. We waited quietly to see if the elephants would come closer, but all we saw was a wild boar snuffling in the long grass below the walkway. Still, very exciting!

Our travels in Borneo reminded me of my backpacking days. The country is still relatively untouched, and many lead a simple life in the villages, living off the land. Emmie and I were starting to get a real taste of a world that was so different from ours at home, and also how welcoming communities and children can be to travellers.

Planning a holiday to Sabah? You can read our complete family-friendly travel guide to Sabah here.

Text and photography from Backyard to Backpack: A solo mum, a six-year-old and a life-changing adventure by Evie Farrell. Murdoch Books RRP $32.99 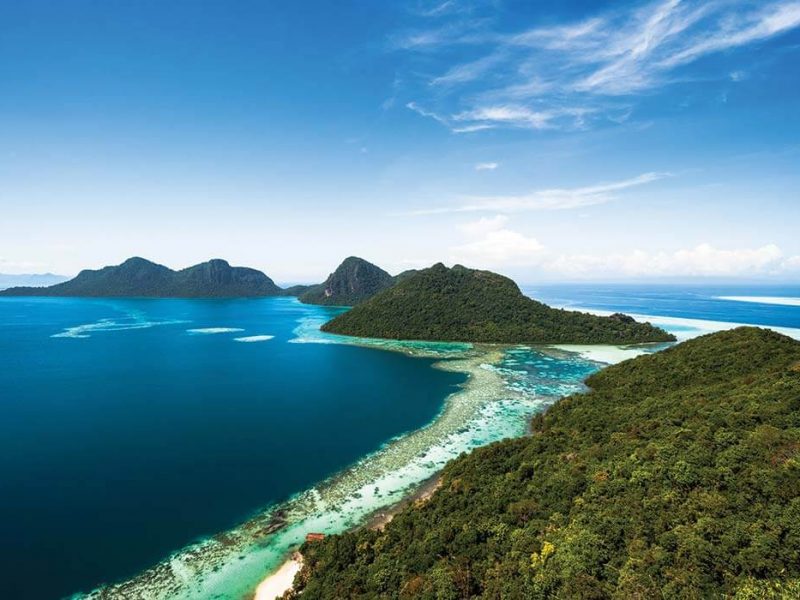 Exploring the jungles of Sabah with kids

It may be one of the world’s last frontiers, but Evie Farrell discovers the Malaysian state of... 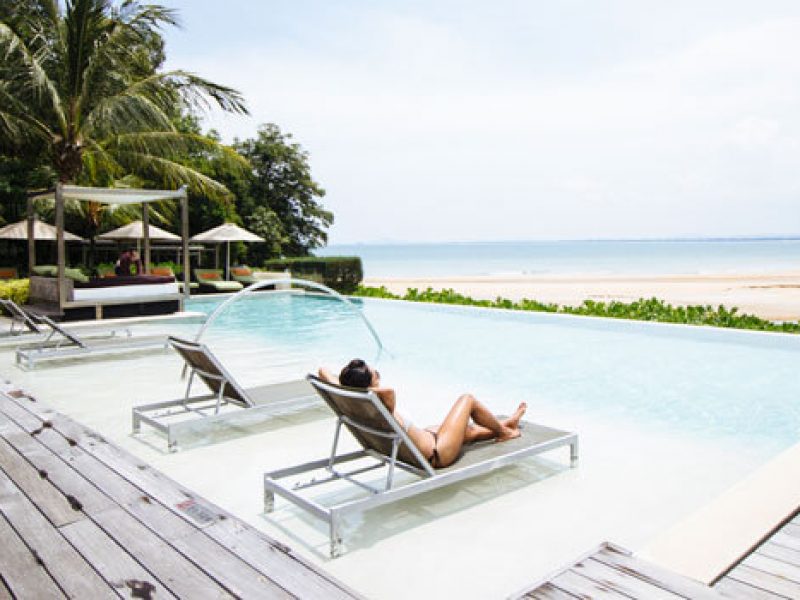 When kids get to that awkward age where they start being ‘too cool’ to hang out with Mum and Dad...