Deborah Dickson-Smith rounds up some of the best snorkelling and diving experiences in Australia for little mermaids.

Manta rays, dolphins, whale sharks and more! Deborah Dickson-Smith rounds up some of the best snorkelling and diving experiences in Australia for little mermaids

Emerging from my first scuba dive with my son, a dive site called Magic Point on the rocky headland at the southern tip of Maroubra Beach in Sydney, I was elated. I now had a diving buddy to share my underwater adventures! And he trusted me to look after him underwater; he was, after all, almost a teenager and starting to doubt my superpowers. We’d seen giant cuttlefish and weedy sea dragons swimming through the kelp, grey nurse sharks cruising below overhanging rocks and wobbegongs resting on the sea floor. He couldn’t stop talking about everything we’d seen, and couldn’t wait to get back in the water.

I have long had a passion for exploring the underwater world, most of it via snorkelling until seven years ago when I got my scuba qualification. My son followed less than a year later with just as much enthusiasm (though twice the confidence).

Manta rays glide through the water with singular grace and their size impresses, too: reef mantas of the kind spotted almost every day at Lady Elliot Island have a wingspan of up to 5.5 metres and can weigh a hefty 1.4 tonnes. And being filter feeders, with no barb like other ray species, they are completely harmless to humans.

Its proximity to the continental “drop off” and the East Australian Current makes Lady Elliot Island the best place in Australia to see mantas, which come to the numerous cleaning stations around the island to be cleansed of the parasites that cling to them by busy teams of cleaner fish.

More than 700 individual manta rays have been identified here as part of Project Manta, a University of Queensland research program. It’s a citizen science project and the Lady Elliot Island Eco Resort’s Reef Education Centre will explain how you can contribute.

Good for families because: The shallow fringing reef allows easy access for beginners – snorkellers and divers – with beautiful coral gardens to explore on both sides of the island, where you’re also likely to see turtles, stingrays and reef sharks.

Walk under the sea

Where: Busselton Jetty, Margaret River, WA
When: December to April

Busselton Jetty on Geographe Bay is 150 years old and, at 1.8 kilometres, the longest timber piled jetty in the Southern Hemisphere. Since June 2017, you can ride a solar-powered miniature replica steam train to the jetty’s Underwater Observatory, descending eight metres to the sea floor to an artificial reef that has grown around the jetty’s pylons.

A warm, southerly current brings a mix of colourful tropical and subtropical corals, sponges and reef fish into the bay, which can be admired through the observatory’s 11 viewing windows.

Over summer you can spy mermaids (they’re the Busselton Mermaids, a couple of costumed-up, free-diving mermaid enthusiasts) as they swim past the windows and, if you are 12 and over and want to get wet, there is a guided two-and-a-half-hour walk on the sea floor with a $20,000 helmet that allows for easy breathing.

Good for families because: Even non-swimmers can explore the underwater world and entry for kids under three years is free. And there are mermaids!

Where: Nelson Bay, Mid North Coast, NSW
When: September to May

There are several places you can enjoy an encounter in the shallows with seemingly tame dolphins, such as Tangalooma in Queensland and Monkey Mia in Western Australia, but one Nelson Bay operator has devised a way to swim with wild dolphins in their natural habitat: the open sea.

After you’re attached to a harness, mask and snorkel on, and clipped to a towrope slung between the twin bows of the catamaran, Imagine, it will take a minute or two to get used to the water rushing past your head. Once you do, you’ll see dozens of dolphins leaping and flying on all sides before you realise you’re not swimming with them; these playful creatures are swimming with you.

Good for families because: You don’t need to be a strong swimmer for this experience, just a confident snorkeller. The minimum age is seven.

Where: Ningaloo Reef, Coral Coast, WA
When: April to July

Swimming alongside a whale shark is an otherworldly experience. Once the creatures are spotted, gear up and jump in the water quickly, for what may be only a fleeting glimpse of the world’s largest fish. Out of the blue, you’ll see a shadow emerge as it swims towards you. Keeping your distance, you can swim alongside (as long as you can keep up), before it glides away into the blue again.

Much like whales, our fascination with whale sharks has a lot to do with their size. Though they’re enormous – they can reach up to 20 metres in length – they’re harmless. Their huge mouths contain 300 rows of teeth, but each is the size of a match head as they are filter feeders that live on plankton and krill.

Good for families because: There are no age restrictions for kids; as long as they can swim, they can swim with whale sharks.
Stay: Mantarays Ningaloo Beach Resort, Exmouth

Feed the fish on Ned’s Beach

No matter which of the island’s beaches you choose for a snorkel, you’ll see plenty of marine life as World Heritage-listed Lord Howe Island is a protected marine reserve that’s home to more than 500 fish species, as well as Australia’s most southerly coral reef. Most famous of all, however, is Ned’s Beach, where for years local fishermen fed the fish, which consequently gather here every day, waiting.

Fish food, as well as snorkels, fins and wetsuits are available at the beach for a small fee. Wade into the water and even before you’ve had a chance to scatter the food, you’ll be surrounded by hundreds of fish. Once you’ve fed the fish, explore the coral gardens beyond the shallows.

Good for families because: The three main beaches – Main, Ned’s and Settlement – are all safe for kids. There is scuba diving for all levels of ability, from a Discover Scuba Dive for first-timers to diving with schools of Galapagos sharks off Ball’s Pyramid.

Sleep on the Great Barrier Reef

Where: Whitsunday Islands, QLD
When: Year-round, although September is best. Stinger season is October to April (stinger suits are provided).

The opportunity for a night dive on the outer barrier reef comes with Cruise Whitsundays’ Reef Sleep; before sleeping under the stars in a swag you’ll see – under your bed, so to speak – surreal creatures such as glow-in-the- dark fire urchins and nocturnal crayfish.

Cruise Whitsundays’ high-speed catamaran whisks you from Airlie Beach to the outer reef for a day of snorkelling or diving. At 3pm, you’ll wave goodbye to the hordes and be left on the Hardy Reef pontoon, Reefworld, with a handful of guests and two green sea turtles who visit each day to nibble the algae growing under the pontoon.

Good for families because: Younger kids can view the reef by semi-submersible; big kids can snorkel (lifeguards are on duty); and bigger kids can try diving. Reef Sleep is for 12 years and over.

Where: Cairns, QLD
When: Year-round. Stinger season is October to April (stinger suits are provided).

Cairns is a major jump-off point for the Great Barrier Reef, but if you want to get the most out of your day trip to this wonder of the world, it’s worthwhile learning about it first.

Reef Teach is an entertaining evening aimed at equipping you and your kids with the knowledge to really appreciate your time on the reef. The energetic and passionate owner, Gareth Phillips, takes you through the basics of how coral reefs are formed, their inhabitants, the threats to the reef and what you can do to help. His passion is contagious, so be warned: the kids are likely to leave the presentation as newly minted Reef Warriors.

Good for families because: From here, take your pick of the many cruise boats taking passengers out to the reef. Passions of Paradise and Reef Magic Cruises are both good choices, with marine biologists and dive instructors on board who are particularly good with kids.

Attractions Australia Things to do
Prev
Next 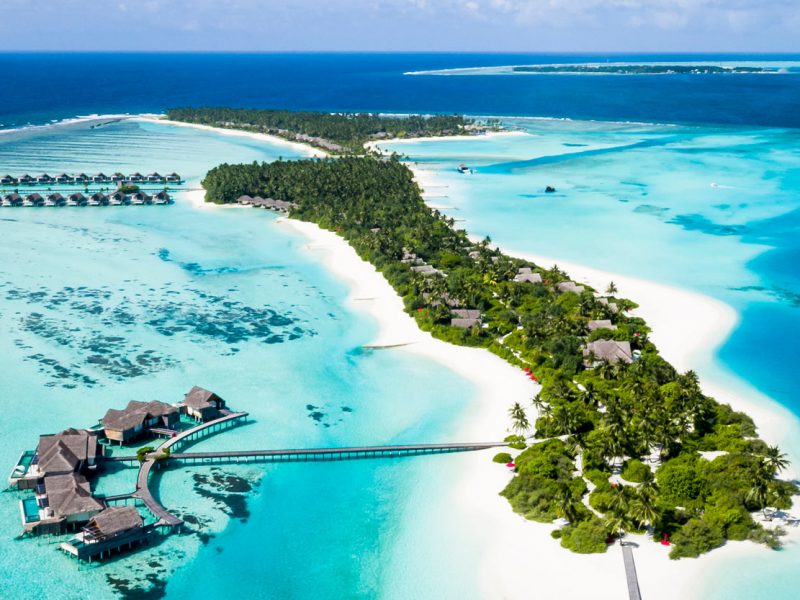 The Maldives has traditionally been seen as a honeymoon destination, but a swathe of new... 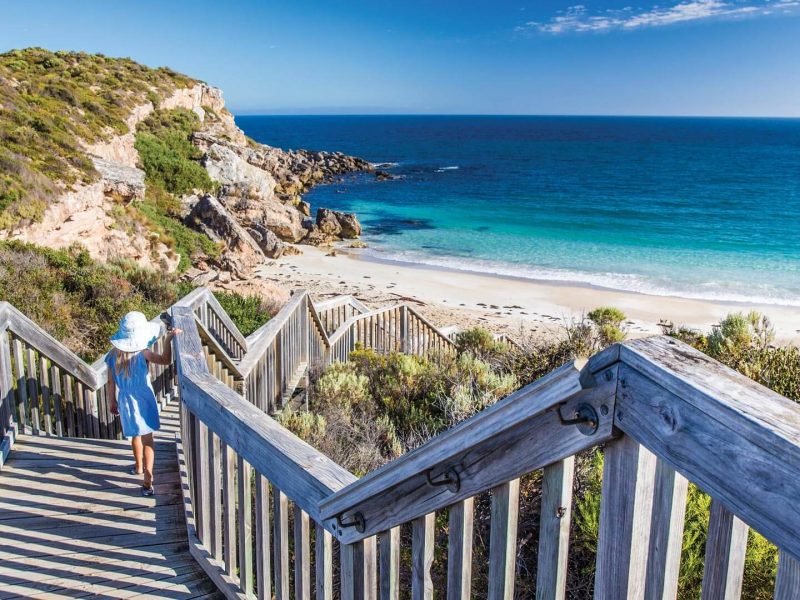 What you’ll learn on a big lap of Australia

We check in with Tracy Morris and her adventurous family, The Blonde Nomads, as they travel...