Looking for camping power solutions? David Thorndike gives us the run-down of the best products for campsite power.

Looking for camping power solutions? David Thorndike gives us the run-down of the best products for campsite power.

Keeping the drinks cold and the lights burning brightly is just as important on your camping holiday as it is on the home front. Luckily, it’s getting easier every year to keep your campsite powered up properly, thanks to continued advances in battery and solar-power technology.

While AGM batteries are still the best all-round option for most caravans and campers, more people are taking on board the benefits of upgrading to lithium-ion. This is especially true for those planning extended trips free camping where there won’t be access to 240-volt power.

Although the cost difference is still significant (a lithium battery set-up can be three to four times the cost of an AGM setup), the numerous advantages associated with lithium makes the choice an easy one – as long as you have the cash to splash.

• A 100-amp-hour lithium battery can be fully recharged in as little as two hours with the right set-up, instead of up to 12 hours with an AGM.

• You can discharge a lithium battery up to 80 per cent of its capacity before needing to recharge, instead of only 50 per cent with an AGM.

• A lithium battery can be cycled (recharged) up to 10 times more than an AGM (i.e. 2000 cycles compared to as little as 200). That’s a 10 times greater lifespan, which affects the value proposition around the initial cost outlay.

• The weight saving can be as much as 60 to 70 per cent with an upgrade to lithium.

With several of the top caravan and camper manufacturers – including Kedron, Bushtracker and Kimberley Kampers – now including lithium batteries as standard (all three use the Enerdrive brand), it’s only a matter of time before the rest of the industry follows their lead. If you are looking to build your caravan/camping set-up to the level where you can free camp for a week or more and not use your vehicle’s alternator to recharge your battery, then lithium may be the choice for you, particularly if you are looking to run a large fridge/freezer as well as other power-hungry devices, such as washing machines and water pumps.

If you are running deep-cycle batteries for your camping power, then you really need a quality battery management system (BMS) to ensure you monitor, recharge and maintain your battery in peak condition. If you are wondering where to start, look into the Redarc BMS1230s2 (also known as the Manager30). At a cost of around $2200, it’s certainly on the more expensive side, however, it is top of the range and incorporates AC, DC and solar inputs so that your auxiliary battery is always in peak condition. It is purpose built for installing into your caravan, camper trailer or motorhome, and is the industry standard with many of the most popular manufacturers.

When coupled with a pure sine inverter, such as the Projecta 1000W intelli-Wave, and two 100Ah batteries, you will have more than enough power to run and/or recharge some of your can’t-do-without electronic devices, such as your laptop and camera equipment.

A quality solar panel and regulator connected to your BMS will ensure many carefree days of camping if you have planned out your daily energy consumption on your main appliances. There are a variety of solar-panel brands available in Australia, so step one is to buy from a reputable company. If you are looking on eBay for the cheapest import, be prepared for a possible dud, as the industry is rife with cheap knock-offs.

The good news is that the technology is constantly improving and most panels these days are rated between 100W and 160W, which is enough to keep a standard 100Ah AGM battery recharged, provided there has been a full day of strong sunlight and you haven’t discharged your battery past half way. Some of the most reliable brands include Kyocera, Redarc and Projecta, with a 120W panel averaging around $600+GST.

While not considered as trendy as your solar and 12V, LPG is still an essential power source for nearly every camping power set-up. It takes care of your cooking, hot water and can even keep your drinks chilled if you have a three-way fridge. As well as being cheap, reliable and easy to access, it can also take a lot of the power burden off your 12V battery system when you are staying in the one spot for extended periods. This is because many fridge/freezers are far more economical to run on gas than on DC. Do keep in mind that if you are upgrading your caravan or camper trailer with a three-way fridge, you will need to get the gas plumbing certified by an approved installer for all permanent set-ups.

Battery World shares these tips for your power:

Before choosing a battery, make a list of all the accessories you need to run plus your motor’s horse power.

Make sure you discharge a deep-cycle battery 50 per cent before recharging. Taking the battery below this recommendation will dramatically reduce the performance and service life.

If the boat goes with you on camping trips, be sure to get your marine battery tested before heading out on the water.

This article appeared in volume 10 of Caravan & Camping with Kids magazine. To subscribe to the latest issue, click here. 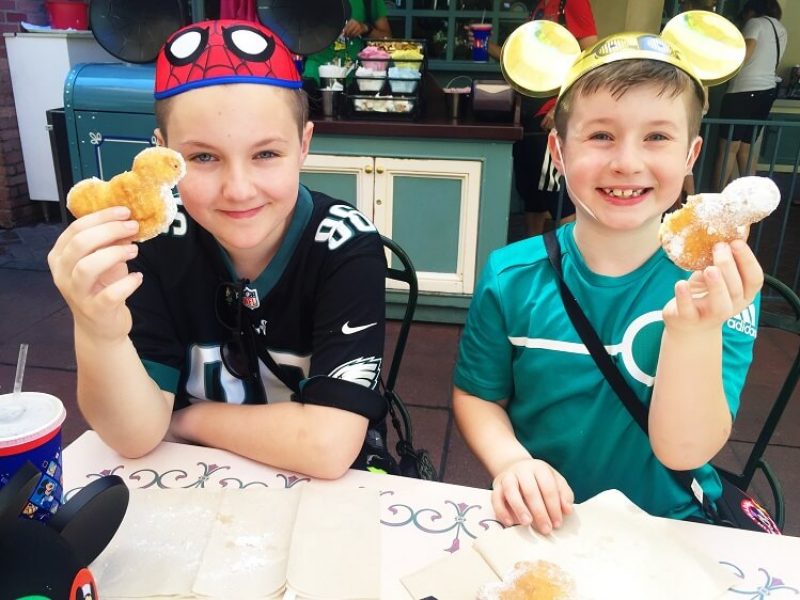 Snowflakes, Palmtrees & Pretzels has all the top tips and tricks on how to make a family... 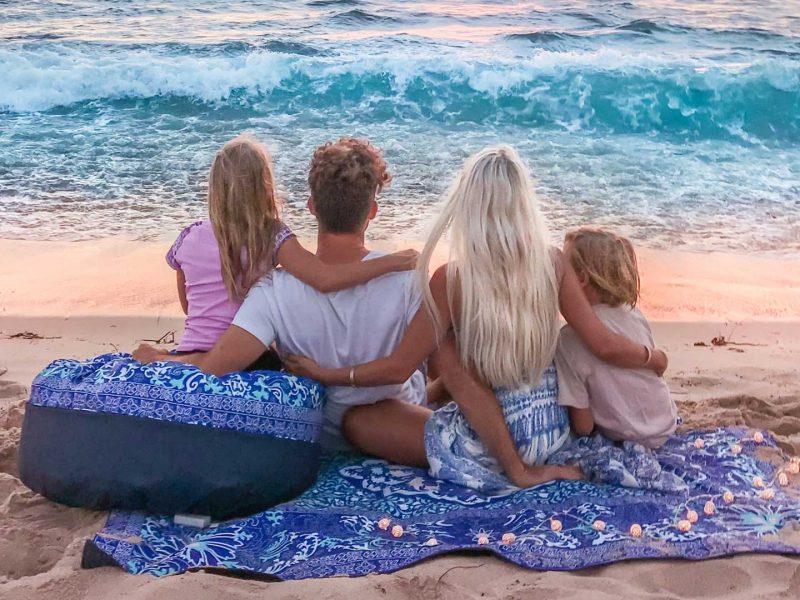 Holidays with Kids catches up with Helen Janneson Bense of GypsyLovinLight as she and her family...