A comprehensive guide to Tokyo DisneySea®

A comprehensive guide to Tokyo DisneySea®

Rhianna Lewis explores the seven ports of Tokyo Disney Resort’s splash-tastic aquatic theme park and reveals all the must-dos for families, from the shows to the rides and the quirky snacks.

Rhianna Lewis explores the seven ports of Tokyo Disney Resort’s splash-tastic aquatic theme park and reveals all the must-dos for families, from the shows to the rides and the quirky snacks.

As Tokyo Disney Resort celebrates the grand finale of its 35th anniversary, its watery wonderland theme park, Tokyo DisneySea, is (quite literally) rolling out the red carpet. Every guest is made to feel like royalty upon arrival, passing through the ticket barrier to be welcomed by the sound of Tinker Bell, a sure sign that you have entered a magical world.

Each of the park’s seven distinct ‘ports of call’ has an exciting water-based theme, often complemented by seasonal touches throughout the year. I spent a day at the park, finding out everything little Disney fans would love. Here’s what I found…

This Italianate waterside domain is your first taste of what Tokyo DisneySea has to offer, located right at the main entrance to the park. Start your visit off on the right foot (and in the right style) at Figaro’s Clothiers and Splendido, then treat yourself (and maybe the kids, too) at Merchant of Venice Confections.

You’ll also see lots of Duffy the Disney Bear, Mickey’s teddy hand-sewed by Minnie Mouse. Although he has never featured in a Disney movie or TV show, he’s a popular character at Tokyo Disney Resort and there are plenty of Duffy photo points throughout the resort.

I’m in awe of the attention to detail throughout Tokyo DisneySea. Nothing says Venice, for example, like gondolas punting serenely along the canals and out into the main harbour, where you can catch your first glimpse of Mount Prometheus, the ‘active’ volcano that stands as a symbol of the park.

The harbour itself is where the must-see spectaculars are held. Special event, Pixar Playtime Pals is so popular it’s held multiple times a day, starring all your favourite Disney·Pixar characters, including Woody from Toy Story and Mr Incredible.

Mediterranean Harbor is also home to Tokyo DisneySea Hotel MiraCosta, the only hotel at Tokyo DisneySea. This grand hotel gives you the opportunity to stay immersed in the park’s faraway worlds and saves you from having to travel to and from Tokyo with the little ones in tow.

Pay a visit to New York and it’s charming fishing ports at this themed land. In among the arcade games of American Waterfront, I was lucky enough to watch a live performance of some Disney·Pixar hit songs, including ‘You’ve Got a Friend in Me’ and the theme from The Incredibles. This was a free show with no booking required.

It’s impossible not to notice the infamous Tower of Terror at American Waterfront. You’ll be mesmerised by the beautiful gothic architecture … and then by the screams of the unfortunate victims falling through the haunted building. Those over 102 centimetres can experience the thrill.

A ride that is much more kid-friendly is Toy Story Mania!. This is the popular attraction in Tokyo DisneySea and plenty of guests flock to this ride first thing in the morning to try to avoid the queues. It’s well worth the wait, though; this 3D carnival-style ride gives you the chance to ‘shoot’ goo at targets. It keeps score, too, so you can compete against friends or even go back a second time to try to beat your own record.

This is the futuristic part of the theme park. Fans of Finding Nemo and Finding Dory will love the Nemo & Friends SeaRider, a submarine simulation ride where you can explore underwater with Nemo. This is a great one for the littlies in your crew; it’s gentle and colourful and will make you want to go back and watch the movies all over again.

Explore a Central American jungle in this super-cool port of call. This landscape of ruins is perfect for older kids, home to the thrilling Indiana Jones Adventure: Temple of the Crystal Skull. This ride is a fairly tame albeit high-speed roller coaster with a surprise ending.

Get a taste of the region at Miguel’s El Dorado Cantina with delicious Mexican-inspired dishes that’ll please the whole family.

If you’ve got little kids, you could probably spend all day just in this section. As you might’ve guessed by the name, this area is inspired by The Little Mermaid. It’s easy to find, with the colourful coral palace of Atlantica rising above the water’s edge and ‘Part of Your World’ playing through the speakers all day long. Most of the area is actually underground in Triton’s Kingdom, where it is cool in summer and warm in winter.

Take your littlies on easy-going rides, like the Jumpin’ Jellyfish and The Whirlpool, or watch a musical show at the Mermaid Lagoon Theater. Or you can let the kids run wild in Ariel’s Playground, a safe play space with lots of nooks and crannies to explore. Sebastian’s Calypso Kitchen offers pizzas and sandwiches for a quick bite to eat.

For more gentle rides, head to the Aladdin-inspired Arabian Coast, where you can find the two-level Caravan Carousel, Jasmine’s Flying Carpets and Sindbad’s Storybook Voyage.

Across the park, there are 10 popcorn stands selling 8 different flavours, from milk chocolate to black pepper. At the Arabian Coast, you’ll find the curry-flavoured popcorn.

After spending all day admiring Mount Prometheus from a distance – and hearing the screams as thrill-seekers plunge down the volcano – it’s time to try out the Journey to the Center of the Earth roller coaster for yourself. This ‘island’ is Captain Nemo’s base and full of wonders inspired by the fantastical works of Jules Verne.

End your day discovering the seven ports where you began: at Mediterranean Harbor. Fantasmic! is an otherworldly showcase of fountains, lights and special effects, while Disney Light the Night is the unmissable fireworks display

Tokyo Disney Resort is set to expand in the coming years with a new Beauty and the Beast area in 2020 and Frozen and Tangled attractions and a new hotel in 2022, ensuring there’s always more for families to explore. 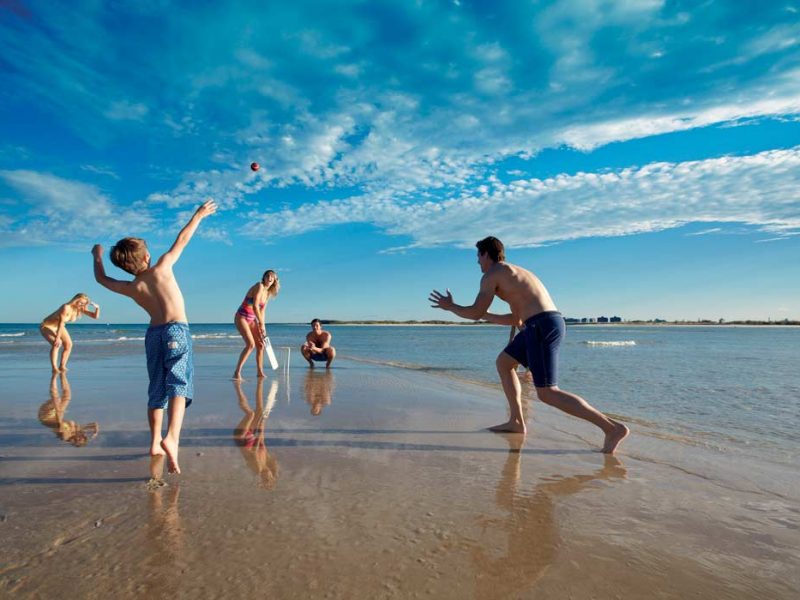 31 things to do on the Sunshine Coast with kids

Hang out with amazing animals, get a serious adrenaline fix or spend some time getting back to... 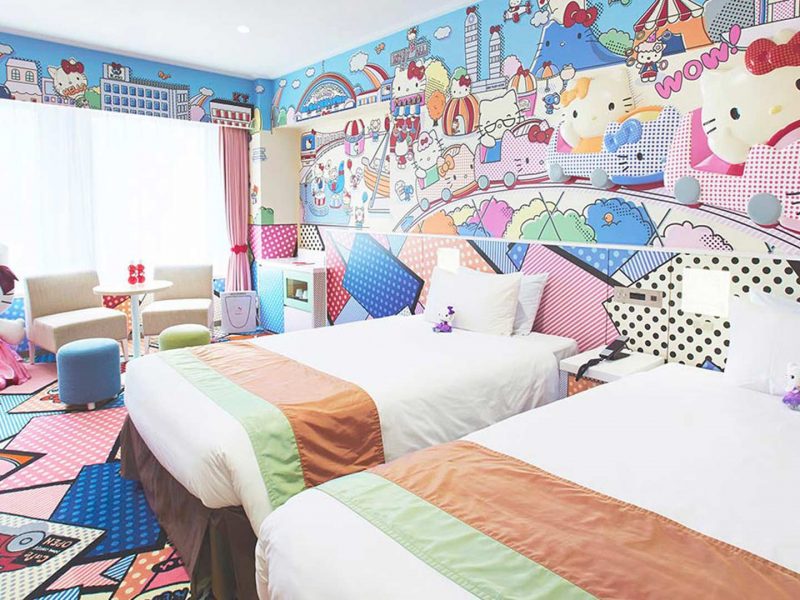 The Keio Plaza Hotel is located right in the heart of Shinjuku and brings your little ones'...