Driving the Birdsville Track from West Queensland to South Australia

Driving the Birdsville Track from West Queensland to South Australia

Ahead of us lies 520 kilometres of graded gravel that some are saying we’ll be able to race down in a day. But allowing the outback to whizz beneath our tyres at such speed never crosses our minds.

Driving the Birdsville Track is a bucket-list item for any Aussie off-roader, and there’s no reason why the family can’t tag along, writes Mark Daffey.

How many camel curry pies can you eat in two days? In my case, one is plenty. But there are others who can’t get enough of the rich Birdsville Bakery special. For the past 48 hours, we’ve hoed down baked pastries, guzzled beers at the pub, imagined thoroughbreds thundering past at the racetrack and watched the sun set from the top of the Big Red sand dune west of town, all while camping at Birdsville Caravan Park in Central West Queensland.

It’s now time for us to move on, and ahead of us lies 520 kilometres of graded gravel that some are saying we’ll be able to race down in a day. But since we’ve built our trip around the chance to drive the Birdsville Track, arriving in Birdsville via Sydney, the Gold Coast, Roma and Charleville, allowing the outback to whizz beneath our tyres at such speed never crosses our minds. We’ll take as long as we think we need.

Since we’ve borrowed Bryan’s Nissan Navara dual-cab to do the trip, I pass the keys to my father-in-law to steer us down the first stretch. He gratefully accepts and we pass between parallel lines of sand dunes until they slowly recede, eventually subsiding into featureless gibber plains. By driving south, we’re following the track as it was intended: as a late-19th-century stock route connecting Queensland’s Channel Country with the railhead at Marree, South Australia. From that point on, the cattle were loaded onto freight trains before being shipped out from Port Augusta.

Unexpectedly, our route is more road than track now, packed down hard and graded flat, and wide enough to fit two road trains abreast. But the track’s benign appearance veils many hazards in the form of razor-sharp stones that can shred rubber from tyres in an instant.

After 180 kilometres of driving, and with me behind the wheel, we pull into the Clifton Hill rest stop for a quick toilet break. When I hop out of the car, the telltale hiss of a punctured tyre is the only sound emanating from the otherwise silent desert around us. A further 60 kilometres on and our second tyre blows out. We’ve now used up both spares, and if we continue shredding tyres at this rate, we won’t make it as far as Mungerannie, just beyond the halfway mark, before nightfall.

I limit our speed to 60 kilometres per hour from that point on until we limp into Mungerannie Hotel late in the afternoon. While the publican is able to repair both tyres, his partner pours us drinks inside a bar adorned with fading photographs, tattered hats and lacy underwear. Finn, aged 10, suggests we add to the collection by leaving a soft toy mascot we’d picked up on the Gold Coast.

Our camp that night is beside the Derwent River wetlands out the front of the pub. We build a campfire along the edge of the bushes then wash off a day’s worth of dust in the communal bathroom facilities. The day has been longer than expected and Finn hankers for his sleeping bag inside the tent. The rest of us follow close behind.

It’s past 11am, our latest departure for the entire trip, when we renew our southward journey. Just beyond Mungerannie is where the Sturt Stony, Simpson and Tirari deserts meet. Apart from the track down the centre, the three appear indistinguishable.

What we’re beginning to grasp is that there really isn’t a great deal to see along the Birdsville Track: sand dunes early, scrubby ground vegetation later, a few old ruins, some decaying stockyards, plus the odd bit of wildlife that we’re forever trying to spot. And for that reason we stop whenever we can, like when a sign points towards the Mulka Station homestead ruins on a rise to the west of the track.

We’ve brought footballs and cricket bats for Finn to play with on this trip, but the truth is that he’s been more interested in playing with rocks. While the rest of us wander through the homestead’s sandstone doorway and skirt around some rusting windmill blades resting on the ground, he’s forever scouring the earth for rocks to hurl into the distance. Perhaps it’s the desert vastness that attracts him; out here, he can throw them as far as he likes without fear of breaking anything.

We continue on through Etadunna, Dulkaninna and Clayton stations before passing through the Dog Fence, the world’s longest livestock barrier that was erected to separate predatory dingoes from flocks of sheep further south. Wildlife sightings become more frequent thereafter. Emus race off and kangaroos bound away. It’s like a zoo compared to where we’ve come from. It’s a short stretch of road from there to Marree, where blacktop roads connect the town’s four corners. If we’re lucky, there will be a bakery on one of them.

Pub, cabin and unit accommodation are available in Birdsville, Mungerannie, Clayton Station and Marree. Only Marree and Birdsville have caravan parks with powered and unpowered sites. Unpowered sites are available at the Mungerannie Hotel and the Coolibah Campground, near Dulkaninna Creek, with bush camping possible at Cooper Creek, opposite Clayton Station and near the junction of the Inside Track. All have toilet facilities.

Where to fuel up along the Birdsville Track

Unleaded and diesel fuel are available at Birdsville, Mungerannie and Marree. 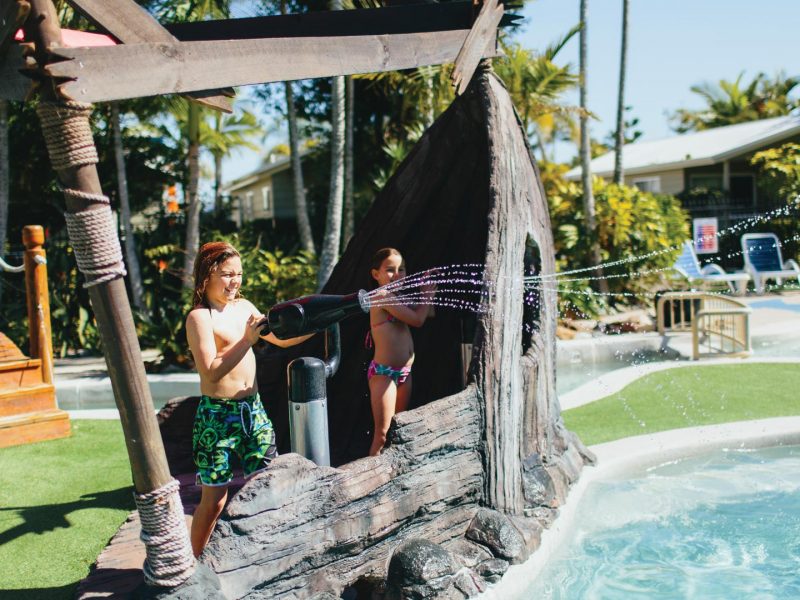 Holidays with Kids chats with the CEO of NRMA Parks and Resorts, Paul Davies, about the brand’s... 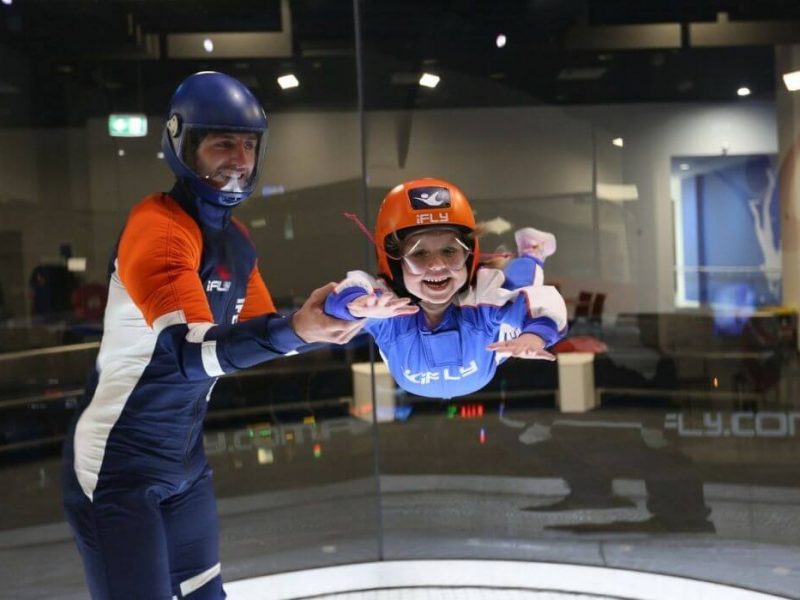 The whole family can try indoor skydiving these holidays

Safe and accessible for ages 3+ (with no maximum age limit), indoor skydiving is fun for kids,...

Energetic, fun, and vibrant, Village Hotel Sentosa offers an experiential stay for families
i
SEE ALL
Back To Top