Exploring India with a family of six

HomeDestinations Asia Exploring India with a family of six
Asia

Exploring India with a family of six

A family of six explores the sights of exotic India – a surprisingly child-friendly travel destination, as Julie Miller discovers.

A family of six explores the sights of exotic India – a surprisingly child-friendly travel destination, as Julie Miller discovers.

What’s the recipe for the perfect family holiday? For Sydney mother-of-four Tanya Titman, it’s a blend of adventure, fun and history, with enough diversity to sustain the interest of children aged from four to 11 – an elusive mix delivered by a most unlikely source: India.

“We were just blown away by India; it was an amazing family destination,” Tanya tells me after returning from a recent three-week jaunt through the vibrant subcontinent. “I was pleasantly surprised how easy it was travelling there, and the kids loved every minute of it – they thought it was quite an adventure.”

Like many people, Tanya and her husband Jason were a little dubious about taking their four children – Ariella (11), Jacobie (10), Cyana (6) and Jorja (4) – to a country not typically perceived as a family destination.

“Even when we were there, a number of people came up to us saying, ‘I’ve been wanting to bring my kids, what is it like travelling with children?’ A lot of friends suggested India might be too confronting for them, but there was never a time I thought, ‘Oh my gosh, I don’t want them to see that.’

“The children are all fair, so in most places we were a tourist attraction in ourselves. The kids were absolutely fine with it; they loved that other children would come up and want their photos taken with them.”

Here’s how to explore India with family.

Plan your itinerary – or have it planned for you!

With such a large group, the Titmans opted for a custom itinerary designed by boutique India specialists, Mantra Wild Adventures. With their own bus transport and driver, and accompanied by local guides in every destination, the family were able to travel at their own pace, with plenty of flexibility and down-time for the children. Even in the capital city of Delhi – a pulsing metropolis of more than 18 million people – the family found time to chill and discover the city’s green heart.

“Most of the places we visited weren’t crowded at all,” Tanya says. “For instance, when we went to Humayun’s Tomb – said to be the precursor to the Taj Mahal – there were beautiful parklands all around it, and the kids were able to run around, do cartwheels and just be kids. All the open spaces surprised me because you think of it as a crowded city.”

Highlights in India for kids

One of the highlights of the trip – particularly for four-year-old Jorja – was a rickshaw ride through Old Delhi, a congested maze of narrow streets lined with stalls selling spices, saris and household goods of every description. “It was so much fun, and my youngest kept saying, ‘Can’t we go faster?’ She had a ball!” Tanya reminisces.

After four days of sightseeing and shopping, a few days in the wilderness of Chambal came as welcome respite. Located a five hours’ drive from Delhi in the state of Madhya Pradesh, the National Chambal Sanctuary is one of India’s most surprising parks, with river-dwelling dolphins its main attraction.

After a motorboat safari – during which the Titmans saw crocodiles, turtles and several dolphins – the family were treated with a surprise visit to a local home, an impromptu addition to the itinerary.

“We sat down with them and they made masala tea served in the most beautiful china,” Tanya recalls. ”They were so grateful to meet us, and the whole village ended up coming and looking in. That was a great, spur of the moment thing that wasn’t on the itinerary, but gave us an insight into the local community.”

After an obligatory visit to the Taj Mahal – one of the Seven Wonders of the World – that enthralled even the youngest children, the Titmans headed to Ranthambore National Park, renowned for its incredible game-viewing opportunities. With two safaris a day, the family were able to cover different parts of the park, enjoying the scenery in an open-top jeep as well as some exceptional wildlife spotting.

“In the first five minutes of our first safari we saw a tiger!” Tanya says. “We also saw beautiful deer and antelopes, then saw another tiger lazing in the sun on the way back out. In the afternoon, we went out and saw sloth bears. So we were very spoilt, we saw it all.”

The final stop in the Titman’s holiday was the famous pink city of Jaipur, where the family explored an ancient observatory, visited an historic fort, and rode elephants to dinner at a remote campsite – experiences that delighted parents and children alike.

“We covered so much ground and saw a lot, but it didn’t feel exhausting,” Tanya says. “The trip was well-paced, with three to four nights in each place. It was very diverse; we went from cities to the country, to being on safari, or on a boat. The accommodation was beautiful, there was no sickness, the kids coped really well, and not once did they say, ‘I don’t like this, I want to go home.’ I highly recommend India as a great destination for an adventure.”

Planning a family holiday in India? You can read our complete family-friendly guide here. 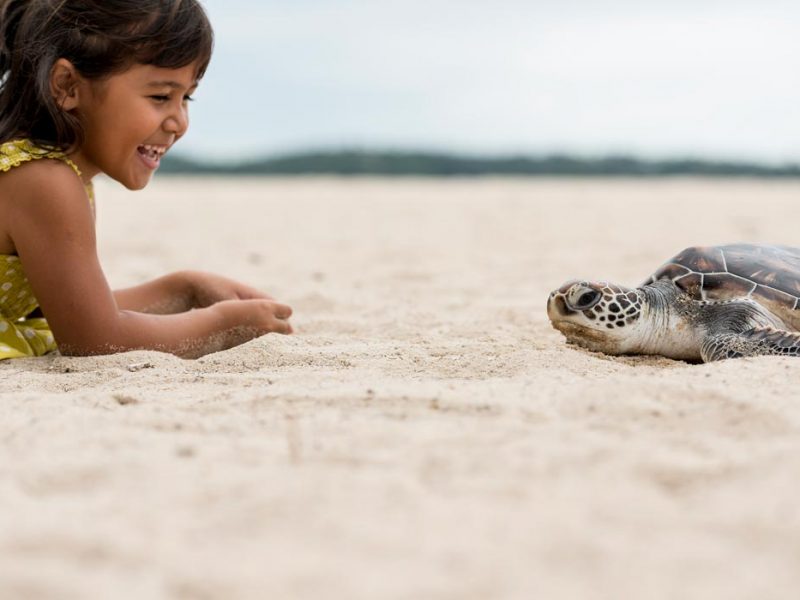 Why the kids will love Angsana Laguna Phuket

Set your watch to island time and get ready for a blissful break at Thailand’s gorgeous Angsana... 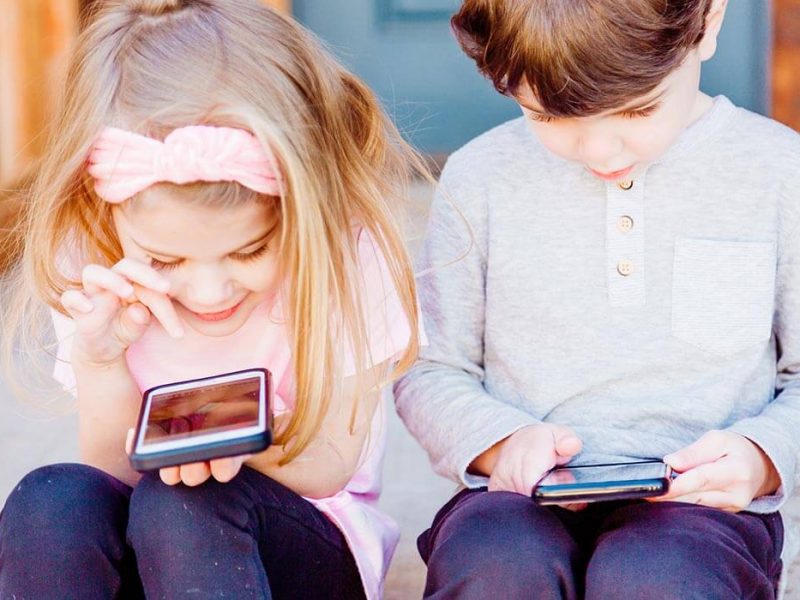 Virtual field trips to keep the kids occupied (and learning)