Who can resist going to the theme parks during a Gold Coast stay? Janice Young shares the ultimate guide to help you make the most of your visit.

Who can resist going to the theme parks during a Gold Coast stay? Janice Young shares the ultimate guide to help you make the most of your visit.

Who can resist going to the Gold Coast theme parks on a family holiday in Queensland? Even those who are fully grown and feel extremely mature have a great time when they visit Dreamworld and the Warner Village Theme Parks, consisting of Movie World, Sea World and Wet‘n’Wild.

With well-known movie and cartoon characters meeting and greeting guests and props used in Warner Bros movies strategically placed throughout Movie World, you can immerse yourself in the movie magic experience. Meet your favourite stars and enjoy all the behind-the-scenes action, stunts and exhilarating rides. There’s plenty to keep younger kids happy at the Kids’ WB! Fun Zone and Main Street, while thrill-seekers can head straight for the big guns.

Here are a few of the must-do rides and attractions at Movie World, especially for kids:

Best to arrive early as this is a very popular ride. I initially thought that the Scooby Doo Spooky Coaster was like a haunted house journey, but I was wrong.

The roller coaster ride comprises backward drops and sharp turns; imagine you’re sitting on a cart that suddenly speeds off, taking your body with it and leaving your head behind with the neck somewhat elongated. Needless to say, kids (and adults) love it. The ride does have a height restriction, like most roller coaster rides, so it’s great for older kids (like the two boys I shared a car with, who bolted back to the entrance as soon as the ride finished).

To ensure you get a good seat, be sure to arrive at this show early. I was there half an hour beforehand, but the seating arena was filling up rapidly. The show is thrilling, inviting kids to be part of a real movie set as your Director and his crew take you behind the scenes of a shoot for an all-new action blockbuster. The show runs twice daily.

Unlike the Scooby-Doo Spooky Coaster, I rode the Wild West Falls Adventure Ride just before lunch and the line was quite long. It was a boat ride through what seemed like a ghost town, which also had a backward drop and spectacular slide guaranteed to get you saturated. This ride also has a height restriction but is a somewhat gentler ride than the Scooby Doo Spooky Coaster.

This carousel is a gentler ride more appropriate for smaller kids. They’ll love choosing from 24 of their favourite Loony Tunes characters to join for the ride.

The All-Star Parade occurred at the end of the day and is a definite must for the young ones. Kids can see favourites like Batman, Scooby Doo and Shaggy and the DC superheroes and villains as they travel down the Main Street.

Here younger guests can hop into the driver’s seat and cruise through miniature versions of some of the park’s most iconic landmarks while learning all about safety and road rules on their very own kid-sized driving course.

One of the first theme parks established on the Gold Coast, Sea World Resort & Water Park  has been winning awards for family excellence for over 20 years. Ride the park’s monorail for a bird’s-eye view of all the amazing wildlife attractions, including Polar Bear Shores, Seal Harbour and the amazing Shark Bay – the world’s largest man-made lagoon system for sharks. If this all seems a touch on the mild side, adrenaline junkies can go wild on high-octane rides like the Corkscrew Rollercoaster and the Bermuda Triangle, or find themselves face-to-fin on a dive with the residents of Shark Lagoon.

The bus driver, Val, gave me a useful bit of advice: see the Polar Bears in the morning as that is when they are most playful. And she was right. I made a beeline for Polar Bear Shores as soon as I entered and found the two bears gambolling playfully in the water. There are above and underwater viewing stations and it was great to see such big creatures swimming gracefully in the water.

Our World of the Dolphin Show:

One thing not to be missed when you go to Sea World is the show at Sandy Shores Lagoon. Here, kids can meet beautiful dolphins named Howie, RAAF and Nudge, who were rescued from fishing lines. Children and adults alike will love this educational show, but make sure you get there early as seats fill up rather quickly.

This is the world’s largest man-made lagoon system and contains a collection of sharks, stingrays and tropical fish. I even saw a cuttlefish and a large groper while we were in the underwater viewing room. There were two separate pools, one holding the larger sharks and another holding the smaller ones and several humans (yes, humans. For those of you brave enough, you can go scuba diving with the sharks).

My personal favourite part of the day happened in the afternoon when I had the chance to swim with the dolphins (an experience available for adults only). However, kids too can have their own dolphin encounter with the kids’ edition, in which they stand on a submersible platform to meet them face to face. The experience is available for kids aged five to 13 years.

The day I went to Wet ‘n’ Wild was 19 degrees and not what you would call swimming weather. Despite that, there were quite a few people waiting at the entrance.

It was a day for relaxing. You can lounge about on the deck chairs while kids splash about in the Giant Wave Pool. A horn would sound when the waves in the pool are due to start, then it was almost like going to the beach. Everybody had fun bobbing up and down in the water before the cold got the better of us and I decided to warm up at the Whirlpool Hot Springs.

There were also great slides and rides to experience. Here are a few of the best rides at Wet ‘n’ Wild Gold Coast:

You can race your family and friends down the Super 8 Aqua Racer and it was fun to predict which lane will hold the winner. Because it was the off-peak season, the lines to the slides were not long and it was only a couple of seconds wait.

A great family ride was the Mammoth Falls, where groups of four to six people slip down the slides (which are 250 metres long) on large rafts. The minimum height for this ride is 100cm.

This is one for the real thrill-seekers, twisting and turning at speeds of up to 40 km/h in complete darkness. Minimum height 110cm.

Another max-thrill ride, the SkyCoaster catapults you through the air over the Giant Wave Pool at up to speeds of 60 km/h. Not for the faint-hearted, though, as you’ll have to pull your own ripcord before plummeting face-first toward the ground.

The last of the theme parks to visit was Dreamworld. Dreamworld is Australia’s biggest theme park, bursting with more than 50 attractions from family favourites like the Log Ride to heart-stopping rollercoasters. Aside from its famous rides, Dreamworld’s entertaining live shows, character performances and wildlife attractions are what make this park so memorable.

The Bengal tigers on Tiger Island were magnificent, lounging about in the sun and occasionally trying to escape through the back door when they saw the animal handlers enter and exit. The show outlined how the animal handlers communicate with the tigers. It was clearly pointed out that the tigers are not trained but encouraged to co-operate with the handlers, as this allows the handlers to examine the tiger’s health every so often.

Here, kids will love meeting their favourite Australian TV characters in real life. Meeting up with Hoot and Hootabelle, they’ll go on a mini adventure on board the pirate ship, and later they can even meet the Bananas in Pyjamas.

This is a hit for kids, where their favourite animations are brought to life and they can even meet their character heroes in person from Madagascar, Shrek and Kung Fu Panda.

After the show, I stopped for lunch at the Billabong BBQ & Buffet, which had a great buffet. It was a welcome change to the burgers and hotdogs I had been living on for a few days. It was also a great place for the kids as they were given a container of crayons and were allowed to draw all over the table (which was covered in butcher’s paper).

Before I left for the day, I wanted to try the thrill rides. Thrill rides are not for young children and a height restriction applies to all of them, but they are great for teens (however, some of the people waiting to go on the rides looked like they just cleared the height line by a few centimetres).

Here are some of the best thrill rides at Dreamworld:

You are tumbled around in the ride and it feels like you are in an open clothes dryer. Quite a sickening ride if you’ve just had lunch, but I enjoyed it.

I originally had slight misgivings about the ride as soon as I saw how fast it accelerated. I rode up the front and it zoomed off before I could even blink. I found out later on that we reached a speed of 165 km/h and I was surprised to see quite a few 8-10-year-old children on the ride.

I decided to chance the Giant Drop. After climbing up 39 storeys, you are left without breath as you plunge 120 metres in the space of 5 seconds. Not recommended for those who are scared of heights.

If your littler kids don’t want to feel left out, there are heaps of rides they can try, too. 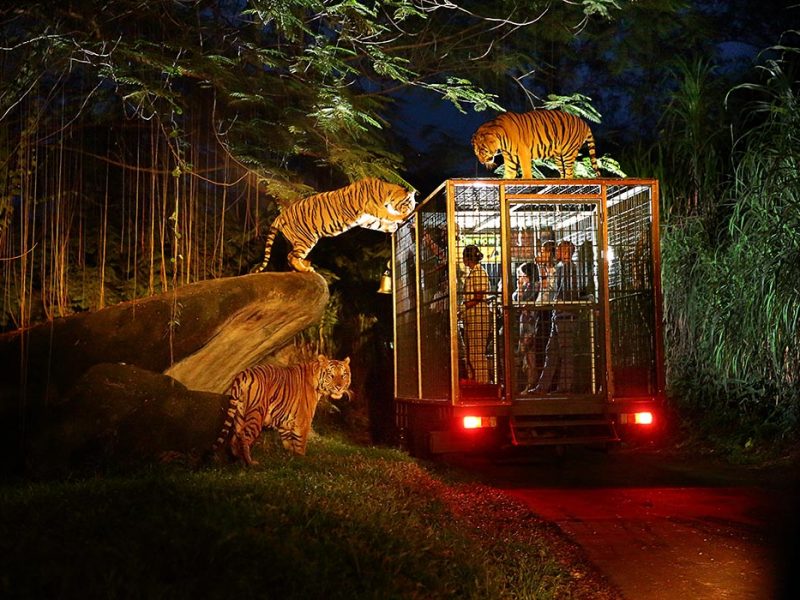 The Bali Safari Park is home to over a thousand amazing animals is the perfect destination for... 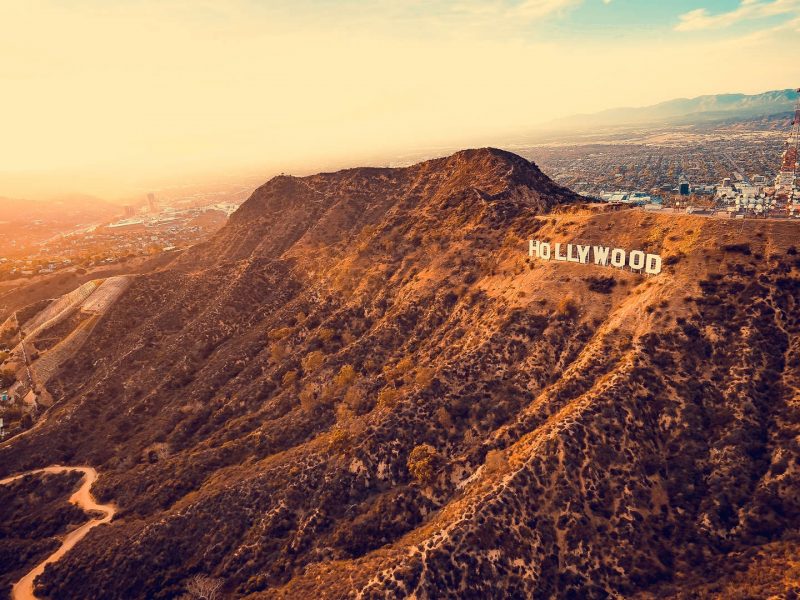 Things to do, Travelling with teenagers, USA

Travelling with teens in Los Angeles

Travelling with teenagers can be tough, but Mark Sheehan has the low-down for a great holiday in...