Pack up the car, consult your map and take to the road on a driving adventure holiday through one of NSW’s most diverse regions: the New England North West, aka Big Sky Country, writes Robyn Holland.

Big Sky Country takes up a large chunk of northern New South Wales, covering the Tamworth-to-Tenterfield section of the New England Highway then stretching across the northwest plains through Gunnedah, Moree and out to Narrabri. The distances between towns in Big Sky are manageable enough to be able to include at least a few major towns in the space of a week.

To get you acquainted, here’s a guide to some of Big Sky Country’s highlights, keeping the season in mind.

Located in the heart of the rich Namoi Valley, the Narrabri Region has an irresistible blend of outdoor adventure and country charm. The region – which incorporates the towns of Narrabri, Pilliga, Wee Waa and Boggabri – is liberally dotted with incredible landscapes, cotton fields, towering grain silos and sprawling temperate forests that are just begging to be explored.

While you’re there, climb to the 1,512-metre summit of Mt Kaputar where, on a clear day, that famed big sky reveals views of a staggering 10 per cent of NSW. Or connect with Aboriginal culture and the ancient landscape at the Deriah Aboriginal Area. Then explore the vast semi-arid woodlands of the Pilliga Forest – said to be the home of the mysterious Pilliga Yowie. And finally after a day of exploring, soak away the muscle aches and pains in the mineral-rich water of the Pilliga Artesian Bore Bath and Campground.

With its wealth of national parks, rich agricultural landscapes and seemingly endless outdoor activities to enjoy, the Narrabri Region of NSW is just the place for your next family camping adventure.

Read: 21 awesome things to do in the Narrabri Region with kids 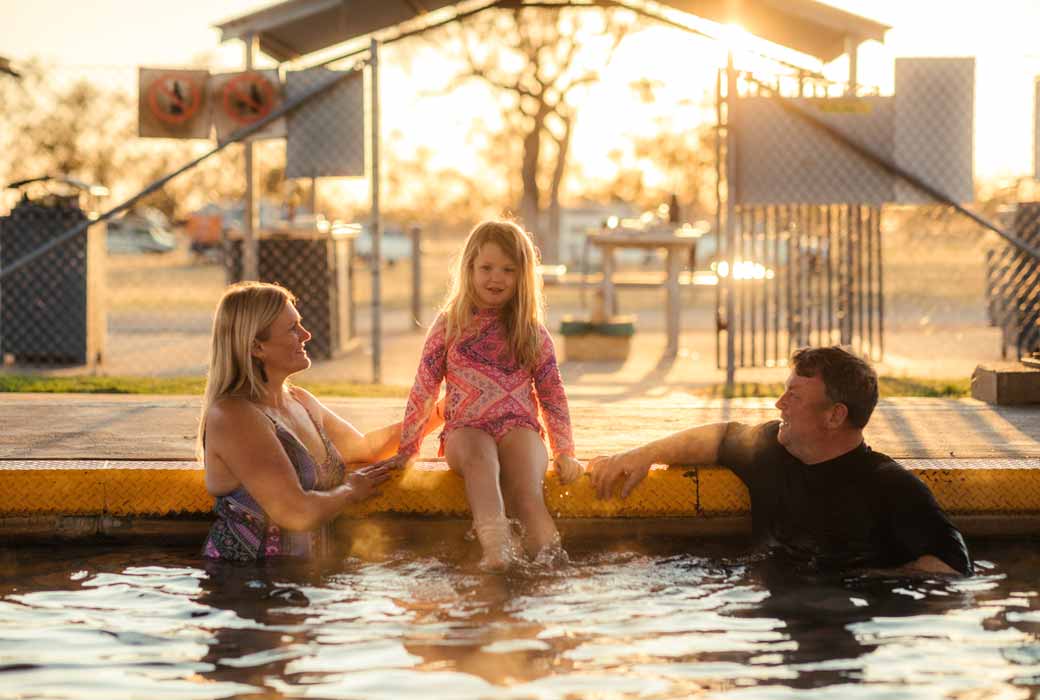 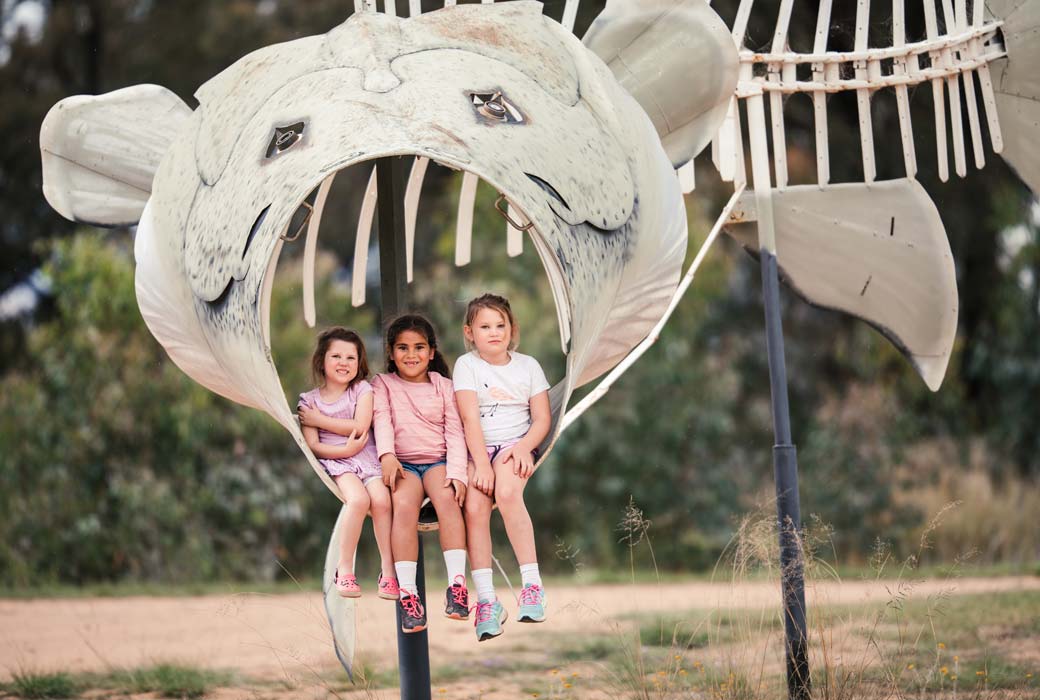 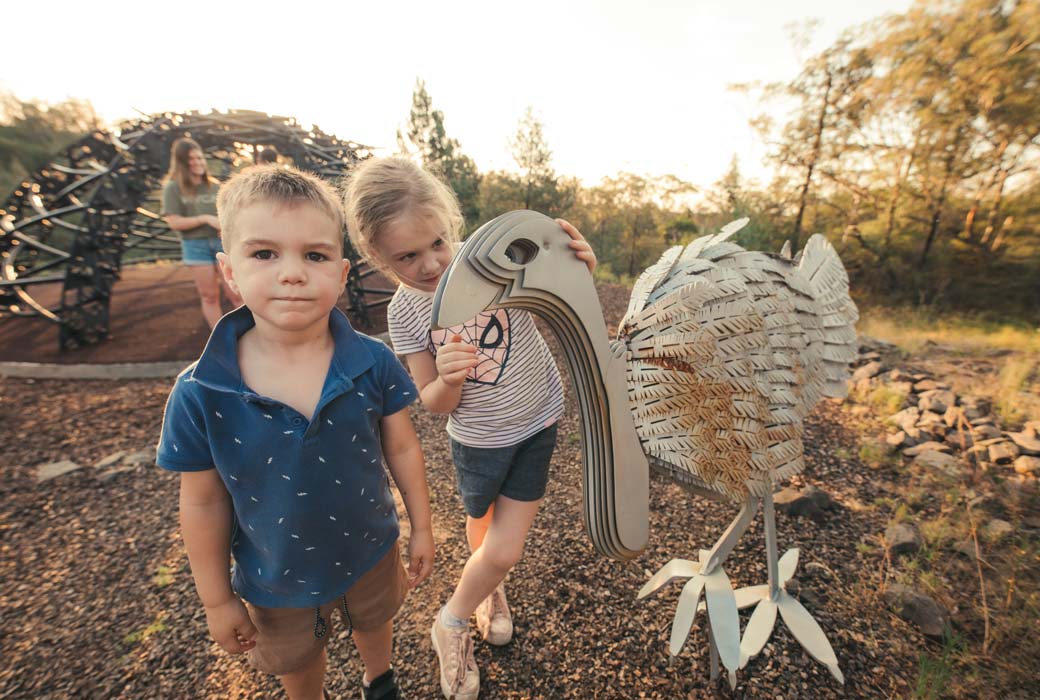 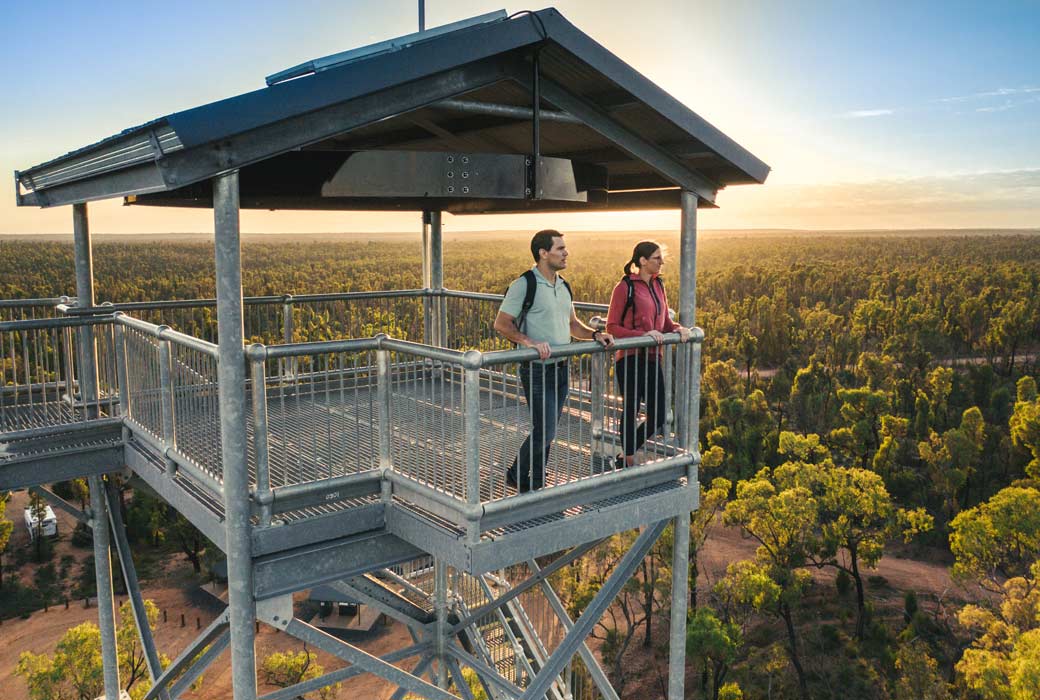 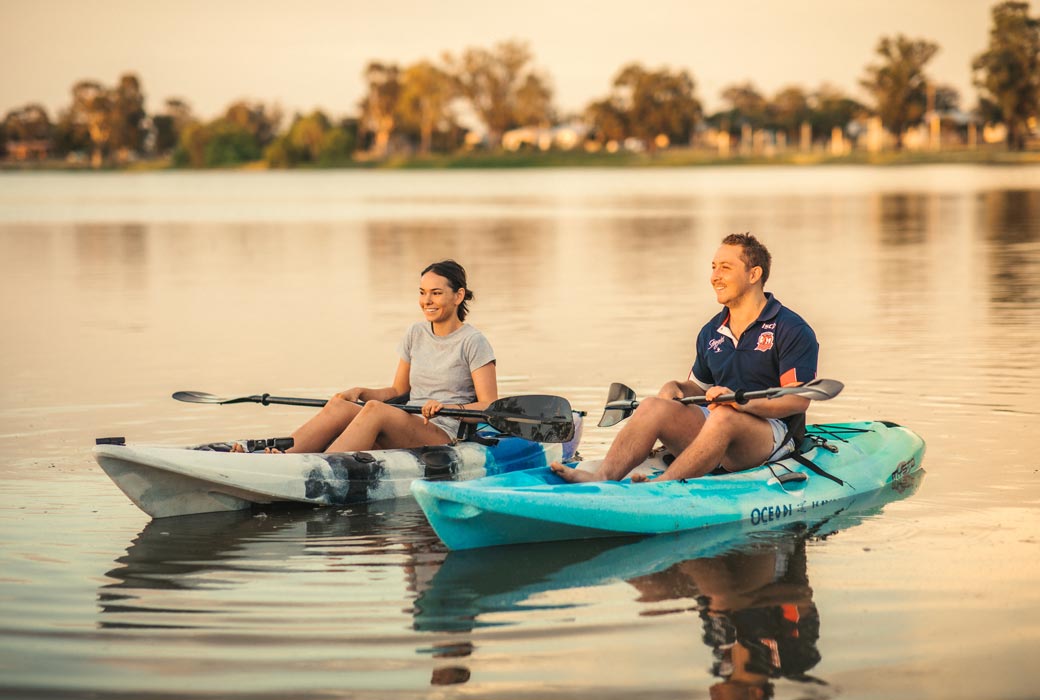 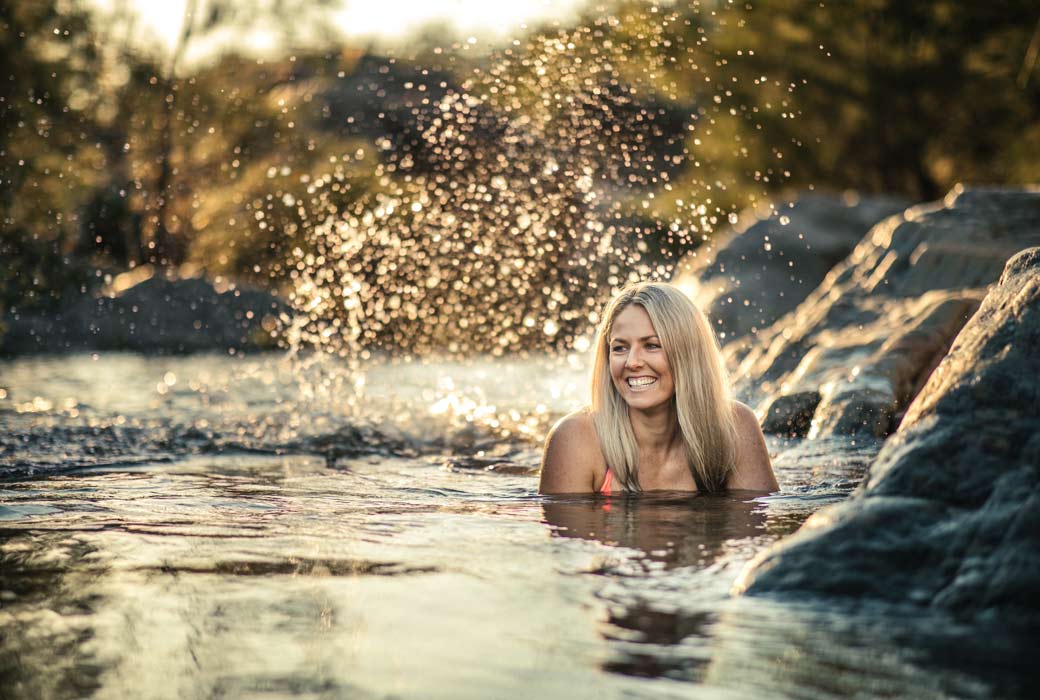 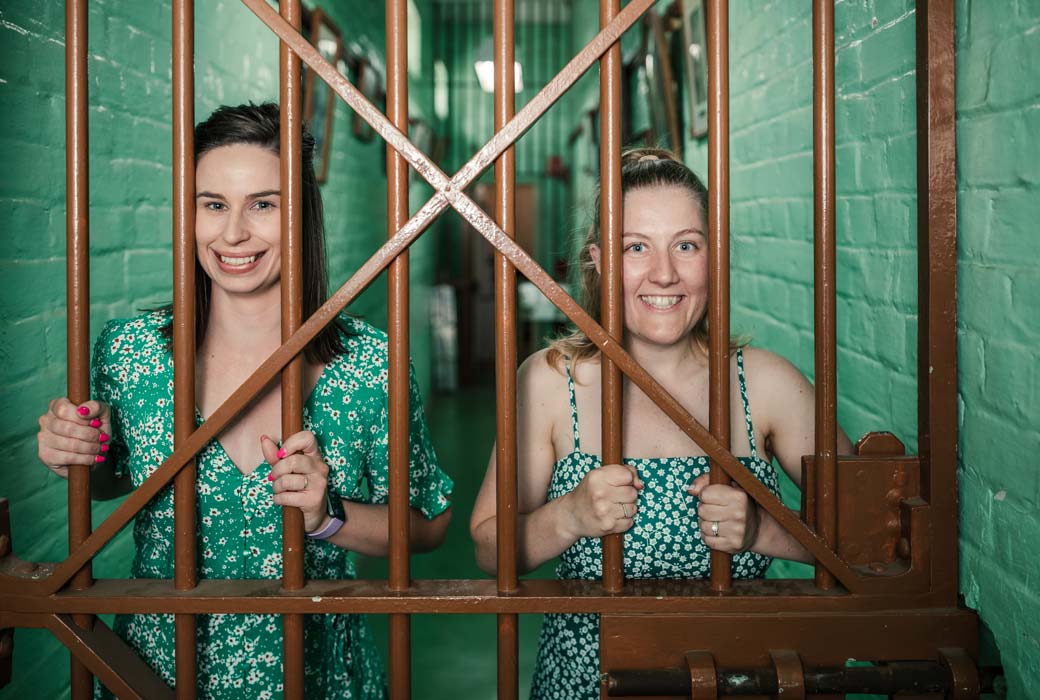 There are plenty of delightful drives around Big Sky Country, ranging in time from around one to four hours. The Fossickers Way, The Bushman’s Way and The Waterfall Way for example, take in some stunning countryside and points of interest (call in to a Visitor Information Centre to pick up a detailed map). Even if it’s a cold day, the car is always warm and you can stop at a cosy cafe or teahouse along the way for a hot meal.

Stay on a farm

An authentic farm experience has to be one of the most appealing winter options for a suburban family. Get active on the farm during the day then get cosy around an open fire at night. From B&B-style farm stays, to self-contained facilities, to fully catered accommodation, you’ll find a wide range of farm stay options, particularly around the greater Tamworth, Uralla, Narrabri and Tenterfield regions.

Keep Reading:
What to do in Tamworth after you’ve done the Country Music Festival
GO WEST: 5 incredible country NSW holiday parks the kids will love

What better way to get the family together than by letting the kids slosh around in a country stream searching for gold, sapphires and other precious gems. The best places for fossicking are in the old gold mining streams around Uralla, Nundle and Glen Innes on the New England Highway and along The Fossickers Way from Manilla to Inverell and Warialda. Fossicking equipment is often available for hire in these towns, along with detailed maps of the best local sites. Alternatively, in most places you can book a fossicking tour with a guide.

Get back to nature

Bushwalking in a national park is always a memorable experience and Big Sky Country has some of the most beautiful. Try the Oxley Wild Rivers National Park in the gorge country east of Uralla; Gibraltar-Washpool National Park east of Glen Innes; Kings Plains or Kwiambal National Parks, both north of Inverell; Boonoo Boonoo National Park near Bald Rock northeast of Tenterfield; and, for something really special, Mt Kaputar National Park, an ecological island in the northwest plains near Narrabri.

There are some self-contained cabins smack bang in the middle of Kaputar but you’ll need to book ahead. If you’re well-equipped for cold nights, camping is an option, but a daytime bushwalk is definitely the more comfortable choice at this time of year.

Bald Rock is on the Queensland/NSW border, 35 kilometres north east of Tenterfield. There are two routes to the top of this massive granite monolith: one straight up the face and the other a gentler climb. Either way, the views are more than worth the effort. Entry to the Bald Rock National Park and the climb are free or you can join a unique guided Aboriginal tour of the whole area.

Soak in a spa

After all the bushwalking, rock climbing, museum-hopping, farm chores and driving, head west to ease those aching muscles and warm up your cold bones at the Moree Artesian Spa Baths. Here, the thermal mineral waters from the Great Artesian Basin are pumped into the complex for everyone to enjoy. Alternatively there are a number of hotels and caravan parks in Moree with their own artesian spa pools.

Collectively speaking, the towns of Big Sky have enough indoor attractions to keep you out of the elements for at least a week!

The Nundle Woollen Mill in the historic gold-mining village has antique machinery that produces up to 100 kilograms of wool each day. After the tour, you can buy some wool, a hand-knitted jumper or other woolen garments.

The Land of the Beardies History House Museum, located in an old hospital building in Glen Innes, is an extraordinary example of local history with room after room full of memorabilia, which will keep you absorbed for several hours.

The Bank Art Museum Moree, in the heritage bank building, usually has a touring exhibition on show as well as a quality permanent collection. There’s also a collection of Aboriginal artefacts in what was previously the bank’s vault.

In Tenterfield, you’ll find the Sir Henry Parkes School of Arts, a beautifully restored building which houses the Sir Henry Parkes museum, the shire library and the theatre. The museum contains some history of the building itself in the Learning and Extravaganza rooms, while the Gallery, Games and Debate rooms are devoted to the life of Sir Henry.

Always warm, the New England Brass and Iron Lace Foundry in Uralla was built in 1872 and produced much of Sydney’s old iron lace. For a small fee, you can wander around this intriguing site, see 130-year-old moulds and patterns still in use and sometimes watch the blacksmiths in action, using original tools and methods. 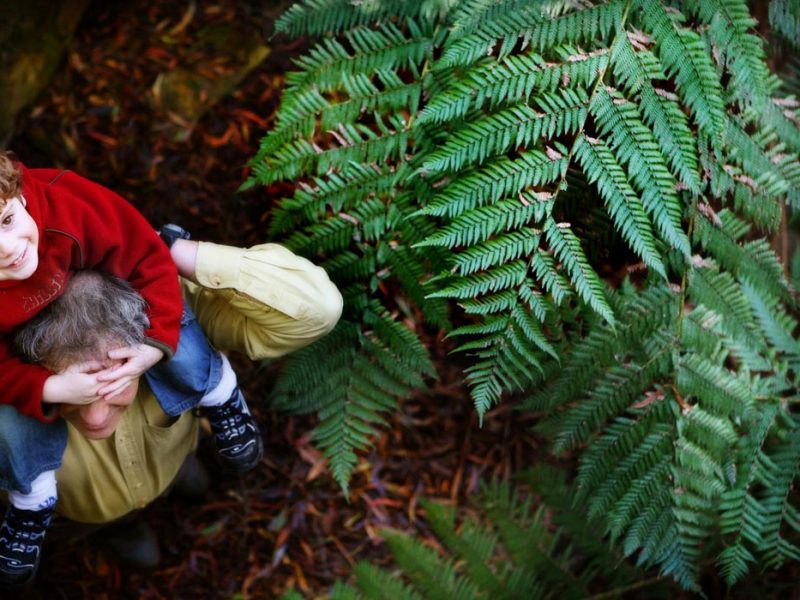 Australian National Botanic Gardens is a great day out for kids

These gorgeous gardens in the heart of Canberra are great for a family day out. There are many... 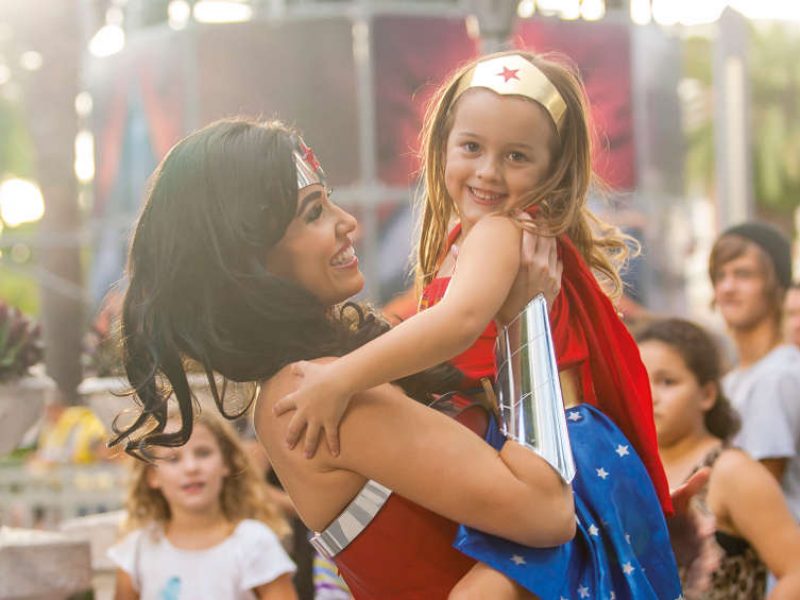 Who can resist going to the theme parks during a Gold Coast stay? Janice Young shares the...