These heartwarming Aussie films will inspire you to explore Australia’s stunning vistas and landscapes.

Pop on one of these iconic Australian films to feel inspired by our nation’s stunning vistas and landscapes – guaranteed to have you dreaming and planning your next holiday – and to have a laugh at the larrikin spirit that the Land Down Under is known for.

The Adventures of Priscilla, Queen of the Desert

A film as colourful as the misconceptions surrounding Australians keeping kangaroos as pets, The Adventures of Priscilla Queen of the Desert follows the story of two drag-queens and a transgendered woman as they road trip from Sydney’s historical Imperial Hotel to Australia’s Red Centre to perform a drag show. With didgeridoo solos and ABBA singalongs, this movie will not only have you dancing in the living room, but will also leave you wanting to plan a bucket list trip to the Simpson Desert and Kings Canyon in Australia’s Northern Territory. Highlighting lesser-known regional towns such as Alice Springs, Coober Pedy, and Broken Hill, travellers wanting to retrace Priscilla’s steps can stop in at Lasseters Casino in Alice Springs, drive along the red Ernst Giles Road and climb to the top of Kings Canyon in Watarrka National Park.

Mick Dundee, played by Aussie legend Paul Hogan, is synonymous with Australia. Filmed in the Northern Territory’s World Heritage-listed Kakadu National Park, Crocodile Dundee introduced the country’s “no worries” attitude to the world. Released in 1986, it was the highest grossing film ever released in Australia and the biggest grossing foreign film ever released in America. To feel like you’re in your very own scene from this classic Australian film, travellers can visit Ubirr and Gunlom Falls in Kakadu National Park once it’s safe to travel again.

Centred on a working-class Australian family fighting to keep their beloved Melbourne home from being demolished, this movie is all about “the vibe”. From the Australiana wardrobe (Michael Caton’s iconic ugg boots are on display at The Museum of Applied Arts and Sciences), thick Aussie accents, and the mundane (yet timely and relatable) day-to-day activities of the family, The Castle has continuously been commended as a home-grown masterpiece. You can watch the original version to try and decipher all the Aussie colloquialisms, or there is a more recent version that’s dubbed over in more common American lingo (not, fair dinkum!).

The Man from Snowy River

The Man from Snowy River is not just about sweeping plains and rugged mountain scenery – it also brings famous Australian literature from Australian bush poet, Banjo Paterson, to the big screen. Based on the poem of the same name, the film was a box office success. Tapping into Australia’s national pride, it was also recreated into a popular musical theatre production, ‘The Man from Snowy River: Arena Spectacula’, which toured Australian capital cities twice during 2002. As the story unfolds and you watch the sunrise and sunset across the beautiful terrain of the Victoria’s Snowy Mountains, you’ll too be longing for your very own horseback experiences in Australia. If watching the film gives you a hunger for a historical excursion, you can start planning a trip to The Man From Snowy River Museum, in Corryong, Victoria.

In the Pilbara region of Western Australia in the town of Dampier there’s a statue of a dog: a very real and special dog. Red Dog was regarded as a universally loved figure among locals: the red kelpie was known for stopping cars on the road and then he would hop in and travel to wherever the car’s driver was going. This film is based on the legendary true story of a red dog uniting a local community like no other while roaming the Australian Outback. If you want to plan a trip to Australia’s North West, once it’s safe to do so, you can book a flight from Perth or Broome airports and road trip through the Kimberley and Pilbara region. Be sure to take a selfie with the Red Dog statue, at the entrance to the town of Dampier, before taking part in the Red Dog Trail.

The Sapphires were Australia’s answer to the Supremes. The film The Sapphires is based on the true story of the first popular Aboriginal all-female group (from the same family) who travelled from Australia to sing soul music for US troops during the Vietnam war. An all-Aboriginal cast was hired to represent the singers in the film, including Australian household names Jessica Mauboy and Deborah Mailman. Filmed in various regional locations in New South Wales including Albury, Corowa, Culcairn and Howlong, the film soundtrack is perfect for your next road trip in regional New South Wales.

Home to diverse marine life of the most vivid colours, Australia’s Great Barrier Reef was the real-life location that inspired this classic family friendly film. Set within the reef off the coast of Queensland, the film follows the story of a clown fish named Marlin who loses his son, Nemo, and chases him all the way to Sydney Harbour. No matter your age, this film will leave you wanting to plan your next trip to the world’s largest coral reef system where you can try and spot (don’t touch) all of the films characters, including Dory (regal or blue tang fish), Gill (Moorish idol fish), Bloat (pufferfish), Peach (starfish) and Crush (sea turtle).

This 90’s classic comedy centres around an Australian misfit with matrimonial ambition. The film Muriel’s Wedding put Australian actress Toni Collette on the map. Muriel’s love for ABBA tunes, her desperation to be accepted by her group of ‘friends’ and her desire to escape her dreary family situation presented Aussie audiences with both comedic and serious themes. You’ll see lots of picturesque shots from the Whitsunday Islands, Coolangatta, the Gold Coast, Surfer’s Paradise and Sydney.

Based on a true story, this film takes an almost comical look at the differing cultural attitudes between Australians and Americans, while revisiting the iconic Apollo moon landing and the unsung heroes in the middle of an Australian sheep farm. Despite being set in Parkes, New South Wales (approximately four and a half hours drive west of Sydney, New South Wales), The Dish was actually filmed in the neighbouring town of Forbes. You’ll be inspired to start planning a trip through rural New South Wales, with Parkes not only being home to the Parkes Observatory, which houses the 64-metre Parkes radio telescope (that has been operational for more than 50 years), but also Wiradjuri Amphitheatre and HARS Parkes Aviation Museum.

Set in the Broken Hill area of New South Wales, the town of Silverton was once a thriving mining centre before becoming a ghost town destined to be reclaimed by desert. Rustic, dilapidated and virtually abandoned, Silvertown was discovered by director George Miller, becoming the backdrop to his post-apocalyptic vision for the Mad Max franchise. The town’s biggest drawcard is the Silverton Hotel, which has been featured in a variety of movies and the locals are more than open to recounting stories about the town’s brushes with fame. Also in town, the Mad Max Museum pays tribute to Mad Max 2, showcasing a huge display of props, life size characters and photographs from the film.

This article was produced with content supplied by Tourism Australia and is a Holidays with Kids digital exclusive. Be the first to see more exclusive online content by subscribing to the enewsletter here. 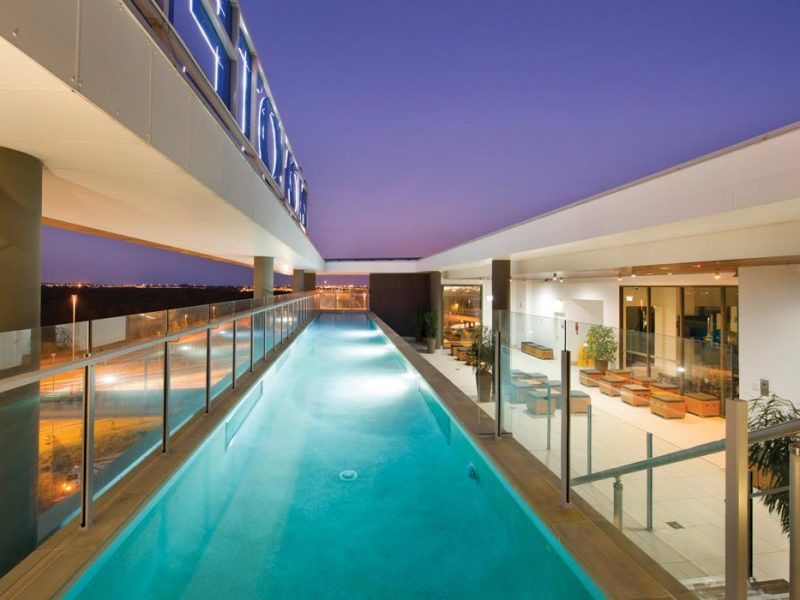 Enjoy 10% off Novotel Brisbane Airport to celebrate its re-opening

Novotel Brisbane Airport is re-opening and is excited to welcome guests back! Celebrate the... 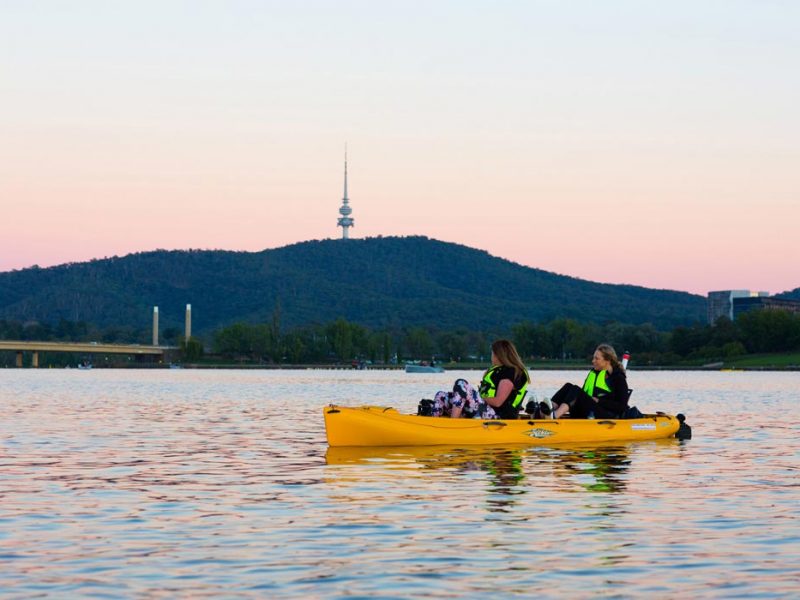 Break up your trip to the ski fields with a stopover in Canberra.