Shizuoka Prefecture: Why you should visit Japan’s Riviera

Shizuoka Prefecture: Why you should visit Japan’s Riviera

Just two hours from Tokyo, at the sweeping foot of magnificent Mount Fuji, Shizuoka is a superb family destination.

Just two hours from Tokyo, at the sweeping foot of magnificent Mount Fuji, Shizuoka is a superb family destination.

Often referred to as ‘Japan’s Riviera’, Shizuoka, located at the foot of Mount Fuji on the Pacific coast, lying between Tokyo and Nagoya along the Tōkaidō Corridor, is the meeting point between east and west, mountain and sea. With its mild climate, incredible landscape and abundance of kidfriendly food and activities, it’s an idyllic destination where families can get active or unwind and unplug from the high-tech offerings of Tokyo.

Fuji-san, the highest mountain in Japan at 3776 metres, is an almost perfectly conical active volcano and is considered sacred by the Japanese. It has been the subject of numerous works of art and poetry thanks to its beauty and mystique.

The best views of the peak can be found at Miho-no-Matsubara’s beach, or from Kunōzan Tōshō-gū, a 17th-century shrine which you can reach by climbing one thousand stone steps that zigzag up the mountainside or, if you want to spare little legs, by cable car. Another great spot to view the mountain is the 70-metre-high, 400-metre-long Mishima Skywalk, the longest pedestrian-only suspension bridge in Japan, which offers jaw-dropping views of not only Fuji-san, but sparkling Suruga Bay.

Younger kids will prefer to soak up the sight of Mt Fuji as the backdrop to the incredible Mt Fuji Children’s World, where kids can run wild in its five zones, themed around meadows, water, forest, mountains and the Earth. They can ride a pony, paddle a canoe or, with the support of play leaders, create their own games.

As one of the country’s most famous teagrowing areas, 40 per cent of the green tea grown in Japan comes from the lush tea fields carpeting Shizuoka’s rolling hillsides. There are several plantations where children can get their hands dirty on a tea-picking experience. The area is also known for strawberries and kids can visit one of the many strawberry farms along the coast to pick and devour the delicious berries, with Mt Fuji as a backdrop. These farm visits offer kids a great opportunity to see where and how tea and strawberries are grown, and double as a tasty introduction to local history and culture.

For those families keen to get a taste of Japan’s renowned snow culture, Snow Town Yeti is one of two ski slopes located on Mt Fuji. Thanks to its world-class snowmaking cannons, it opens in late October, making it the first ski resort to open each season across the whole of Japan.

The family-friendly resort has two lifts and four runs, two of which are around one kilometre long and suitable for beginners, and two shorter, steeper runs for advanced skiers with lifts operating every night until late.

The resort has a small terrain park, a snowboarding park, and a snow stadium for snow play, sledding and tubing. The Snow Town Yeti snow school, which opens from December, offers ski and snowboard workshops for kids as well as adults’ lessons. If your kids are too small to hit the slopes, there is a fully supervised daycare centre.

Due to the Izu Peninsula’s (Izu-hantō) location along a volcanic belt, hot spring waters bubble out of Shizuoka’s ground at numerous hot springs, known as onsen.

Atami is one of the most popular hot spring cities in Shizuoka Prefecture, as well as one of its oldest, with Atami-onsen originally opening in the Nara period (710-794). There are seven hot springs percolating from the hot core of Mt Fuji and supplying water to the many onsens. The water from the springs has a heavy salt content similar to seawater and is said to be therapeutic, alleviating nerve, muscle and joint pain. Enjoying one of these traditional baths is a fun part of the Shizuoka experience, but you must remember to follow the strict onsen etiquette that is observed in the communal baths, including bathing in the nude, which can be more than a little disconcerting for a first-timer.

Kids are generally welcome when accompanied by a parent, but the water can be scalding hot so proceed with caution and make sure they don’t stay in the water for more than a few minutes at a time. Younger children will need to be toilet trained and you’ll need to be prepared for them to get a little bored with the onsen’s concept of silence and stillness.

Combine your onsen visit with a stay at one of Atami’s luxury resorts or ryokans, traditional Japanese inns.

The stylish hot spring resort, Hoshino Resorts RISONARE Atami, is one of the best for five star families with breathtaking ocean views, large rooms and incredible facilities that cater for adults and children of all ages. There is a fully equipped nursery for babies, a 6.5-metre indoor climbing wall and an enormous ball pit in the lobby-cum-library area. RISONARE Atami’s kids’ activity club also organises a range of indoor activities including crafts and cooking, as well as exciting outdoor activities in and around the surrounding mountains and shoreline.

Perched on a cliff-top, Hoshino Resorts KAI Atami offers a more traditional experience. From its tatami-matted sleeping quarters and yukata (kimono-like robes) to the supplied indoor-only slippers, kids will adore the novelty of an overnight stay, Japanese style, in this ultra-luxurious ryokan. Enjoy the sight of the sunset over the ocean while soaking in the resort’s ancient hot spring baths or as you enjoy a delicately prepared traditional Kaiseki feast in the privacy of your room with a view.

Where can you go to visit bear-filled World Heritage national parks, drive for kilometres... 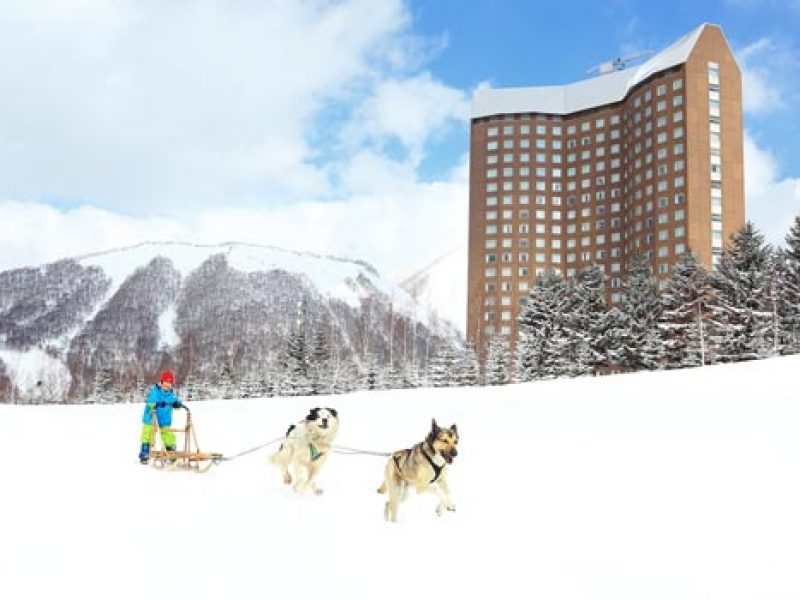 BIG4 Ingenia Holidays Cairns Coconut is one of Australia’s most awarded holiday parks.
i