“I didn’t know it only took two hours to get to Tahiti,” said our teenager, Jaspar, as she stepped off the QantasLink plane at the end of the short flight from Sydney to Lord Howe Island, impressed by the Bora Bora-like peaks rearing skyward from the turquoise lagoon in front of her.

Fast-forward a week and hard-to-impress Jaspar needs to be coaxed back aboard the plane for the trip home, reluctant to end what she described as “the best holiday ever”.

What happened between those two flights sums up why Lord Howe, 600 kilometres east of Australia, is an uncrowded Pacific paradise for holidaying families. Just 11 kilometres long and two kilometres wide, Lord Howe Island was described by nature legend David Attenborough as, “so extraordinary it’s almost unbelievable”. This lushly beautiful, World Heritage-listed island boasts a mix of ocean and lagoon beaches, varying levels of bushwalks, warm, aquamarine water, a perfect climate that’s not too hot or too cold, and an abundance of friendly birds, with no snakes or venomous spiders.

Despite its convincing impersonation of Tahiti, Lord Howe is actually part of NSW so no passports are needed and there’s no pollution, traffic lights, crime or keys. Hardly anyone wears shoes, just about everyone cycles everywhere and everything is just minutes away. There’s also no mobile coverage and little Wi-Fi, meaning kids can be kids again in a relaxed, free-range setting perfect for innocent adventure and exploration.

If you stay, like we did, at the oldest and biggest accommodation property on Lord Howe – Pinetrees, run by the same clan for 150 years – families will also enjoy three included gourmet meals a day, plus complimentary afternoon tea, which means no cooking or cleaning for parents. Plus, there are free strollers, a special kids’ dinner sitting and no television, so you get to reconnect with your children by talking, playing games and doing what families are meant to do. At night, there’s just the ocean waves and the whispering of the Norfolk pines to lull you to sleep.

There are approximately 350 residents living on this alluring, subtropical isle (with only 400 visitors at any one time) and their surfboards and kayaks sit next to the beach, lockless. A lost property blackboard sits in the ‘CBD’ of six shops and cafes and there are honesty boxes for drinks, fruit or fish food everywhere. Lord Howe may offer a picture-perfect, sand-in-your-toes holiday, but it also serves up a wistful picture of how life could or should be everywhere and we felt privileged to experience its pure magic for six nights.

A bit of everything

We visited the Ocean View Boat Shed to try our hand at kayaking and stand-up paddle boarding on the lagoon before Pinetrees delivered us an esky of meat and local kingfish to fry up on a beachside barbecue for lunch (a service free to guests). The next day we explored by foot and snorkelled the less-visited lagoon at North Bay with nature expert, Pete, from Islander Cruises, and watched enthralled in a glass-bottomed boat as giant but too-cute sea turtles swam below us. On another day we were in the south of the impossibly blue lagoon with former park ranger, Dean, from Lord Howe Environmental Tours. The eye-dazzling reefs and marine life are among the best I’ve ever seen and the beauty of Lord Howe is that you experience it with just a dozen snorkellers, minutes from the beach.

Among these adventures, we walked to stunning lookouts, lazed on beaches and gathered for sunset drinks to enjoy spectacular views of the island’s Jurassic-like mountains, Gower and Lidgbird, towering over the lagoon.

Inspired, my teenage girl Serena and I decided to climb the tallest peak, 875-metrehigh Gower, rated as one of Australia’s best but most challenging day walks. Visitors need to climb with a local guide so Dean from Lord Howe Environmental Tours takes us up, with countless ropes fixed to rocks assisting the near-vertical ascent to the rare, forest mist cloaking the summit. The mountain-top vista makes the four-hour climb worthwhile and it’s a shared experience Serena and I will treasure.

On our last night on the island my wife, Moira, our almost-grown-up daughters and I gathered to toast the sunset and our best-ever holiday with refreshments at Pinetrees’ boatshed. It came as no surprise to hear from so many of our fellow guests that they have visited Lord Howe up to 20 times, starting as kids and now bringing their adult children and grandkids with them. It’s a heart-warming holiday tradition we’d love to follow. 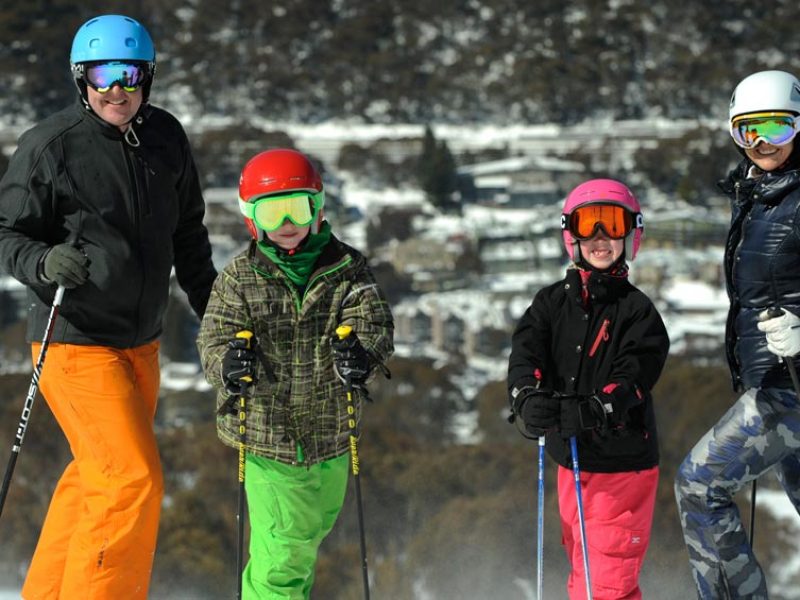 Skiing Jindabyne on a budget

Skiing doesn't have to break the bank, as Symantha Perkins discovers on a farm-stay in Jindabyne... 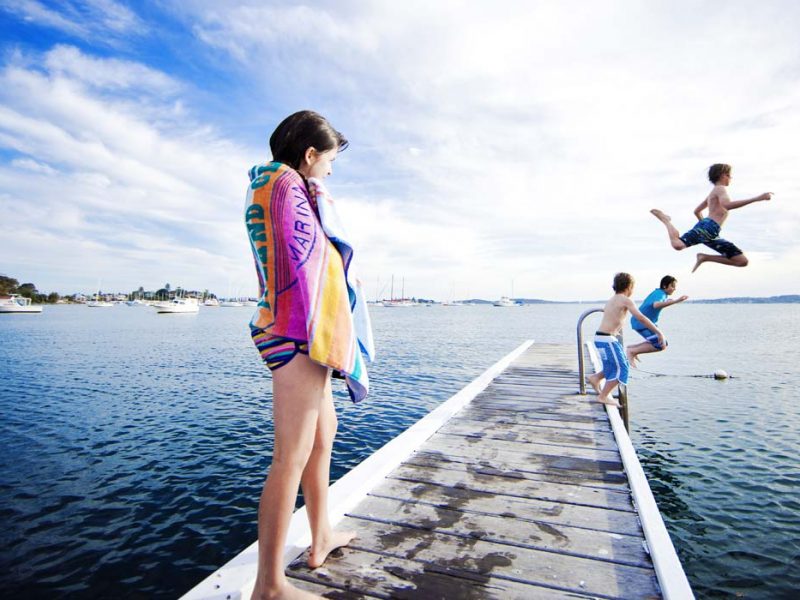 Use this guide to the New South Wales holidays dates to pick the best dates for your holiday.