November 1, 2019by Holidays with Kids

Western Australia is a world-class holiday destination with a diverse and pristine environment that offers something for the entire family.

Western Australia is a world-class holiday destination with a diverse and pristine environment that offers something for the entire family, discovers Jennifer Ennion on an epic family road trip.

Swell pounds the coastline as we skip down a dirt track looking for a natural pool we’ve seen on Instagram. Images of frothing waves and clear water have been calling us since we arrived in Margaret River a day ago. We round a bend in the path and catch our first glimpse of Injidup Natural Spa, in all its sparkling glory. It’s not long past breakfast, so we have the pool to ourselves and lap up the serenity. It’s too deep for our two-year-old to stand, so we glide him through the fresh water and hold on tight as waves crash and bubble over the rocks toward us. It’s a wonderful introduction to surfer-central Yallingup and the Margaret River region.

Refreshed, we head north to Cape Naturaliste Lighthouse for a guided tour. The lighthouse is only 20 metres tall, but sits 123 metres above sea level and my son, Theodore, is rapt he’s allowed up to the top. He’s also rapt with lunch at the recently restored lighthouse keeper’s quarters. We play Connect Four as we devour focaccias, milkshakes and a slab of banoffee pie.

When the weekend rolls around, we head into the town of Margaret River itself. Although Margs, as the locals call it, is best known for wineries, we pop along to the farmers’ market to pick up pastries and fruit and mingle with locals and other holidaying families.

Ten days later, we farewell Margs and head north, with Rottnest Island in our sights. We’ve been wanting to visit this tiny island off Perth for years so we could meet a quokka, the wallaby-like marsupial famous for its smiley, happy face. We’ve also been keen to check out Fremantle, known for its craft beer, cafe culture and creative yoga types. So, we combine the two, basing ourselves in Freo as we daytrip via ferry to Rottnest. (You can catch a ferry to Rottnest from Perth as well, but the journey is longer.)

Before we depart, locals warn us that Rottnest isn’t as flat as people think, so we give island bike riding a miss and instead catch a bus that drops us off at quiet Geordie Bay. With most tourists riding the more expensive charter bus, we have a corner of beach to ourselves and we swim and picnic on the sand. Elsewhere, we meet some of the quokkas and snap a few selfies to show friends.

Where to stay: Discovery Rottnest Island, nestled in the sand dunes overlooking the pristine Pinky Beach, is the island’s hottest address for families, boasting 83 well-appointed tents with ensuite bathrooms and private decks.

Back on the mainland, we say cheers to the island sojourn at Little Creatures Brewery – a Fremantle institution and a top spot to enjoy a cold beer while Theodore makes new friends in the on-site sand pit.

Other worthy stops between Margaret River and Broome include The Pinnacles, fascinating limestone spires in a desert landscape near the town of Cervantes. The hiking and rock formations in Kalbarri National Park are also a highlight for many families, while Shark Bay World Heritage Area makes for a beautiful detour. There, spend a morning at Shell Beach and head up to remote RAC Monkey Mia Dolphin Resort, which has recently undergone a massive renovation.

From aqua to bubblegum pink, our next stop is surreal and not to be missed. Hutt Lagoon, also known as Pink Lake, is located between Geraldton and Kalbarri and is a photographer’s delight. We arrive late-morning, when the sun is high and the hue is said to be at its most vibrant. From the highway lookout, the pink is bright, but as we wander into the water, each step creates a tangerine tinge. The colour is the result of algae, but the lake is also incredibly salty and we scoop up a small amount for a quick taste.

We’re now on the Coral Coast, home to Ningaloo Reef. As ocean-lovers, we’re itching for days of snorkelling and surfing, and although Ningaloo’s waves aren’t working when we arrive, its underwater adventures don’t disappoint. We leave swimming with whale sharks until Theodore is older and instead spend our time on the white beaches in Cape Range National Park. They’re everything we’ve been craving, and snorkelling with a green sea turtle off an area known as Oyster Stacks is a Western Australia highlight. Even Theodore takes off underwater and we couldn’t be more proud.

Our final port of call on WA’s coastline is the former pearling town of Broome, on the edge of the Kimberley. Home to one of Australia’s most famous stretches of sand, our first stop is inevitably Cable Beach. We 4WD past the northern rocks to find our own patch, where we splash about in the small waves and play soccer on the firm sand. We chase and squeal and kick, and in the afternoon we return for a camel ride.

There are a handful of companies that offer rides along Cable Beach, but we pick Sundowner Camel Tours as they don’t charge for lap-sitters such as Theodore. We plod along on a pre-sunset tour that becomes one of my favourite mother-and-son experiences. It’s also a fitting way to wrap up our exploration of WA’s enormous coastline, from Margs in the south to Broome, more than 2,600 kilometres away in the north.

Holiday resort is situated right opposite the beach in Geographe Bay, Busselton
i
Australia Caravan & Camping Western Australia
Prev
Next 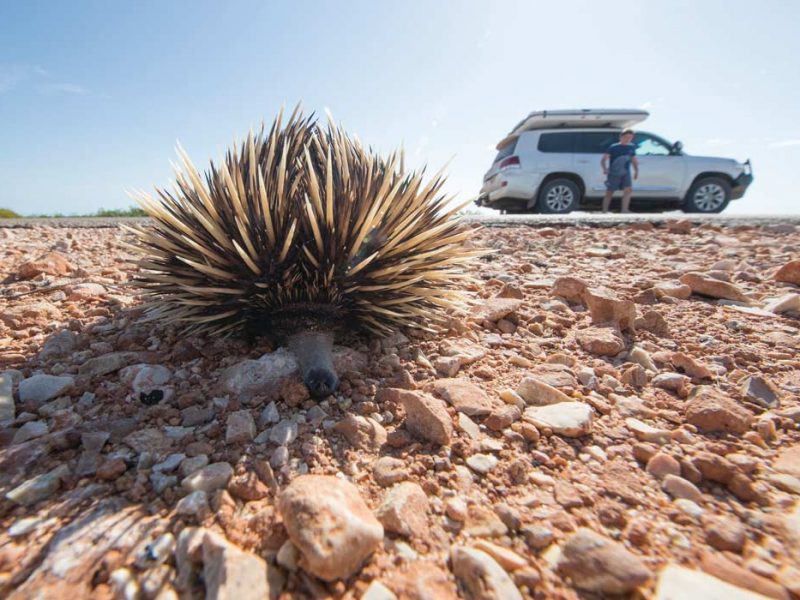 Escape the crowds at these 6 secret camping spots

Want to escape the crowds? Instead of heading to a tried-and-true family favourite, Natarsha... 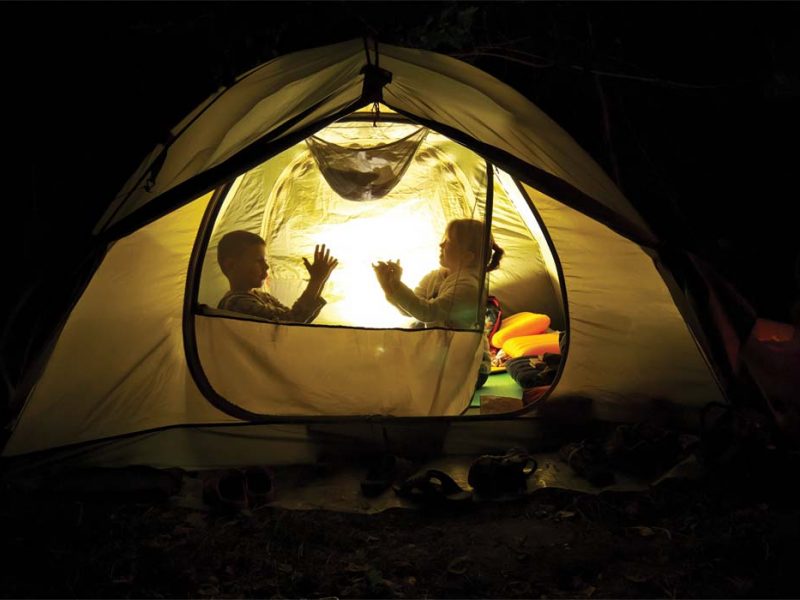 Andrew Woodward discovers the best ways to stay plugged in and fully charged on your outdoor...