Georgie Watts and her husband, Australian comedian, radio host and TV presenter Merrick, are hooked on holidaying in South Australia with their kids.

Georgie Watts and her husband, Australian comedian, radio host and TV presenter Merrick, are hooked on holidaying in South Australia with their kids.

My husband Merrick and I have a saying: there are two types of people – those who get South Australia and everyone else. To be fair, we have racked up many, many hours in the southern state, with Merrick holidaying there as a child, and with us living there part-time for many summers. We even got married in Adelaide. Having spent so much time there before having children, and now as a family with our kids, Wolfie (9) and Kinga (7), we have a boomerang-like propensity to return frequently. And I can happily report that we never get bored or tire of things to do.

As a family of very hungry travellers, the first thing we do when we arrive in Adelaide is hit up the Adelaide Central Market, located in Chinatown. There’s a reason “Radelaide” has a reputation as being Australia’s most cosmopolitan city, and these beautiful markets are a big part of it. They’re the closest thing to the big market halls you find in Spain or France, with fresh produce stalls, bakeries, international food and cafes, and are adjacent to two excellent Asian food courts where you can feed a family of four with change from a 50-dollar note. The Old Lolly Shop and Haigh’s Chocolates might be of particular appeal to littlies with a love of sugar.

Right next door is Adelaide Zoo, where we gravitate towards the large petting zoo. Here, the kids can get up close and personal with roos and wallabies, goats and deer. The zoo’s adventure playground is almost worth a trip in itself. Inspired by nature, this wild play space features in-ground trampolines, giant slides and water play areas, so pack a snack and plan to stay a while.

If your kids are adventurous types head to the Mega Adventure aerial park. It boasts 70 obstacles that will scare them happily silly as they climb, swing and crawl through a labyrinth of sky-high challenges.

A 45-minute drive south of Adelaide lands you in the Fleurieu Peninsula, where stunning coastlines sit side by side with McLaren Vale’s grape-studded vineyard country. There are beaches for everyone. There’s Maslins, Australia’s first official unclad (as in naked) beach, drivable Sellicks–Silver Sands and surf beaches further south at Port Elliot. Our family favourite is Port Willunga, where we set up near the remains of the old pier (clad in cossies). Our kids love searching for sea anemones in rock crevices around the pier, and exploring the caves cut into the cliffs. If you’re lucky, you might even spot the resident dolphin pod that cruises past daily.

Keep driving south and you’ll end up in Goolwa, at the mouth of the mighty Murray. Here you can jump aboard the Cockle Train running from Goolwa to Victor Harbor, the only train line in the Southern Hemisphere to run right on the coastline … see if you can spot a seal, or in winter, whales.

Ten kilometres inland, you’ll find yourself surrounded by vines and, at last count, 75 cellar doors. Many are family-friendly with great restaurants on-site. D’Arenberg is a must, not only for its wine but also for the Alternate Realities Museum at the Cube, which has to be one of the coolest buildings in the country.

Coriole Vineyards is another great cellar door for kids, with its beautiful cottage garden and lawn where the kids can play while you indulge, and Beach Road Winery & Restaurant is excellent for its outdoor setting and pizzas. An honorable mention also goes to The Salopian Inn, which is not a winery, but it is where Wolfie had “the best fish and chips of his life”.

Part of the fun of Kangaroo Island is getting there by ferry. The SeaLink ferry leaves Cape Jervis, a 90-minute drive from Adelaide, and takes just 45 minutes to cross the ‘back passage’ to Penneshaw. The crew on board are legends and remembered us from a previous trip. They even invited us to the bridge, once safely docked, to show our excited kids photos of a whale and her calf taken just that morning.

KI is a food and nature lovers’ paradise, and its isolated location means that unique produce, flora and fauna abound. We had lovely KI roos roaming the garden at our HomeAway property at dusk, and when we picked up oysters from The Oyster Farm Shop in American River, we spied seals mucking around at the marina.

More great fish and chips can be found at the servo at Kingscote, and at the pier at the end of the street, you might spot sea lions if you’re lucky. Interestingly, these are a separate species of sea lion to those found on the other side of the island.

It’s worth noting that KI is not small; in fact, it’s some seven times larger than Singapore, so it takes time to get around. With many of the best island attractions over on the west side of the island, it’s advisable to carefully consider what you want to see. A four-hour return drive to Flinders Chase National Park is the go for spotting sea lions and fur seals, but on our last trip we decided on the Kangaroo Island Wildlife Park & Aquarium, where the kids were thrilled to sit, feed and pat the chocolate-hued KI roos. And of course, we found time to enjoy some of the island’s lovely produce at the Island Beehive and incredible tapas at Dudley Wines, with its kid-friendly playground.

Oh, and while you’re on KI, be sure to check out Vivonne Bay, once voted the most beautiful beach in Australia. It’s a top spot for a swim and snorkel, or simply to drop a line and see what’s biting.

Explore the Fleurieu Penisula's vineyards and beaches
i

Uninterrupted river views from luxury self contained accommodation
i

With over 70 family-friendly locations around Australia, you’ll always have somewhere to stay on your next family holiday.
i

Kangaroo Island Accommodation and Camping amongst the wildlife.
i
South Australia
Prev
Next 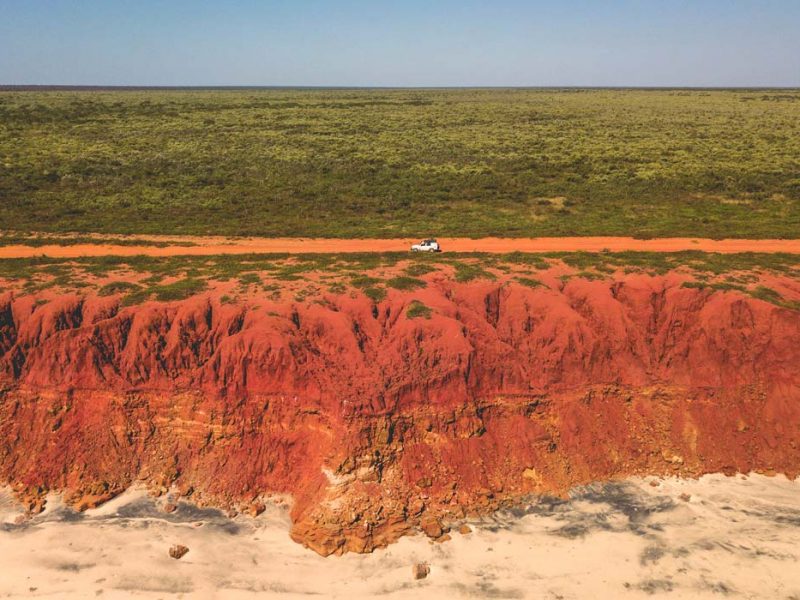 A bite-sized Big Lap: 3 families tell us about their favourite mini-lap

Three families on the road in Australia share with us their favourite section of their big lap... 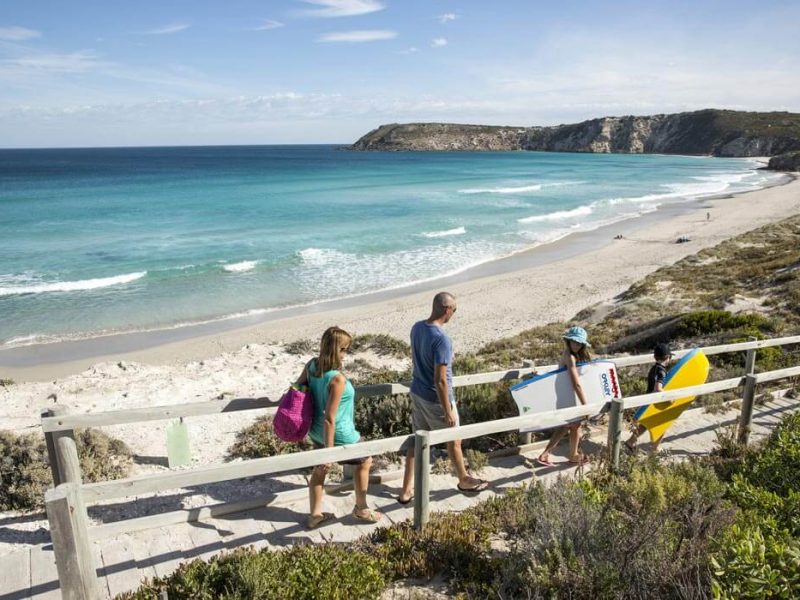 Take your family to Kangaroo Island with SeaLink deals

Kangaroo Island will charm the whole family from the endless sandy beaches, family-friendly...