4 places every family must visit in Sydney

HomeDestinations 4 places every family must visit in Sydney
Destinations

4 places every family must visit in Sydney

It’s best to approach your time in Sydney with goggles and floaties in hand, writes Lauren McGroder.

It’s best to approach your time in Sydney with goggles and floaties in hand, writes Lauren McGroder.

Say the word ‘Sydney’ and what comes to mind? Perhaps it’s multicoloured fireworks as they crackle and fizz over the harbour on New Year’s Eve, or the Sydney to Hobart Yacht Race that draws thousands to the water’s edge. Whatever it may be, the New South Wales capital is invariably connected to the water and everything that comes with it. This city is one of sun-worshippers and home to some of the world’s very best water-based experiences and adventures.

Of course, the centre of the action is Sydney Harbour where the endless activities are only improved by the scene-stealing ‘coat hanger’. If you’re catching the train, alight at Circular Quay, where a stroll along the foreshore is essential. Allow yourself the time to watch buskers impress the hordes of families and locals that bask in the sunshine and choose from the dozens of ice-cream and gelato flavours that tempt passers by. The Museum of Contemporary Art is a wonderful stop for families, with regular school holiday programmes that challenge and inspire creative kids. If you’re feeling energetic, make the 1149-metre walk over the Bridge to visit Luna Park for all the upside-down action little ones can handle. The Wild Mouse teases thrill-seekers with its brief but effective airtime over the waters of the harbour below.

A short ferry ride from Circular Quay will carry you to Darling Harbour, a rapidly developing hub that’s made for families. Cockle Bay Wharf is Sydney’s version of The Sunset Strip, albeit a more humble, familyfriendly one. With a collection of energetic waterfront restaurants, the cosmopolitan appeal of this promenade is undeniable. Stroll to the Chinese Garden of Friendship from here and you’ll find tranquillity in an entirely new setting, where lakes and trickling waterfalls take pride of place and children can learn of the garden’s cultural heritage on a short guided tour with an Interpretation Officer. Over the Pyrmont Bridge, the kids can dive into history at the Australian National Maritime Museum. On now until late May 2016, Horrible Histories is making its interactive Australian debut with a pirate exhibition stuffed to the hull with facts about these buccaneering rascals. The new Mini Mariners space is perfect for those under five who aren’t quite ready to command their own vessel yet, and is free with museum entry.

Eight kilometres from Sydney’s CBD is Australia’s most famous stretch of sand. Bondi is a Sydney non-negotiable, and if there’s one thing you need to do here it’s the four-kilometre cliff-top walk that extends to the southern end of Waverley Cemetery and on to Coogee. This treasured local ritual gives you the best of Sydney’s coastal views in a concentrated dose. If possible, allow yourself the time to drop by Bondi Icebergs Club, a local institution that delivers relaxed dining with panoramic views, before you continue. Next on the Bondi bucket list is, of course, a dip between the red and yellow flags. You’ll likely be sharing the sand with thousands on Bondi Beach, so make sure little ones are kept close here and in the water to avoid any unwanted run-ins with the cheeky lifeguards that have earned themselves a handful of Logies since their television debut.

When planning your Bondi excursion, be sure to check for any events that may coincide with your visit. The Bondi Markets trade most Sundays of the year while annual occasions like Sculpture by the Sea are worth working your holiday around. You’ll have to wait until the last quarter of 2016 for the next one, but there’s plenty to tide you over until then. Ben & Jerry’s Openair Cinema will take place again this summer and the Festival of the Winds, a kite-flying spectacular, will be held in September 2016.

The relaxed pace of Manly feels a world away from the city, despite being only a pleasant 40-minute ferry ride from Circular Quay. With a peaceful inner-harbour beach on one side and a popular surf beach on the other, visitors are truly spoiled for choice here. Begin at the ferry wharf, where casual yet chic dining options, including the popular Hugos Manly, are plentiful, all with tranquil views of the cove. The scene is dotted with kayakers and stand-up paddle boarders and before long you’ll want to join in, too. The Manly Kayak Centre located on the East Esplanade has kayaks and stand-up paddle boards for hire from one to eight hours and self-drive leisure boats for up to four. Make your way along the Corso to Manly Beach where the action is taken up a notch. If there’s a little grom in training in the family this is the ideal location to acquaint them with a board, with The Kids Academy of Surf running lessons for children throughout the NSW school holidays. From here, you can also wander to Shelley Beach, a children’s paradise. 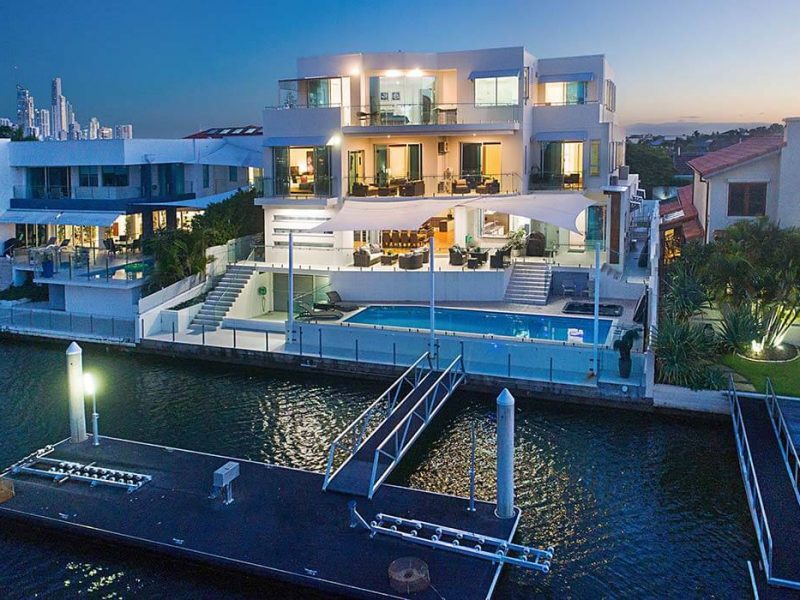 Our top 5 Elite Holiday Homes on the Gold Coast

A holiday should be about the whole family – one that is just as fun for the kids as it is for... 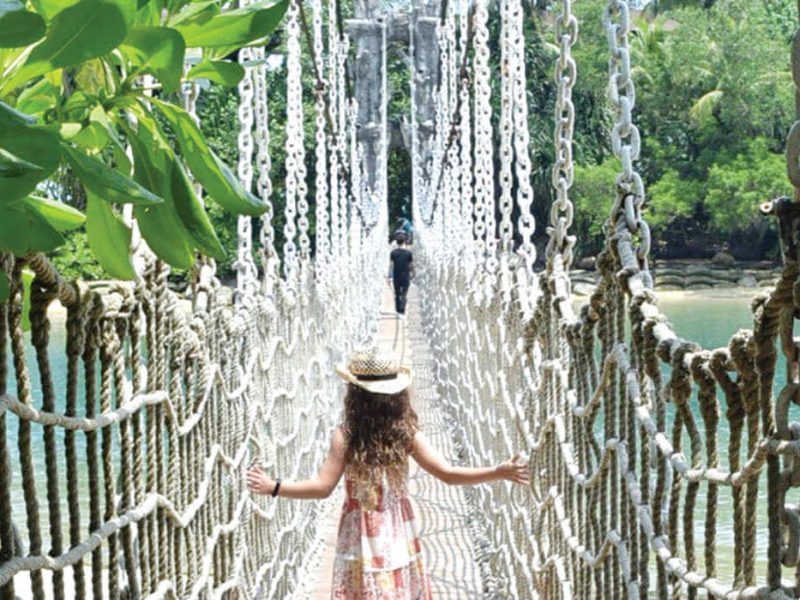 Aleney de Winter and family dive in to a world of family fun on Sentosa. (more…)