Explore the New 7 Wonders of the World in style

Explore the New 7 Wonders of the World in style

There are some very special places on our planet that will inspire your children with an appreciation of our amazing world. So grab your kids and discover together the most wonderful of them all: the New7Wonders.

There are some very special places on our planet that will inspire your children with an appreciation of our amazing world. So grab your kids and discover together the most wonderful of them all: the New7Wonders.

As a parent, there is nothing more wonderful than seeing the globe through your child’s eyes: they bring the magic and miracle back to a world which can often be quite cynical. So what could make a more wonderful family holiday than showing the little ones the New7Wonders? Buckle up as we show you and the kids the most romantic (and expensive) gesture in the history of time, a stone monolith attacked twice a year by a giant shadow serpent and a safari in the middle of the British countryside. Sound like our article is a fairy story? No, it’s just wonderful. 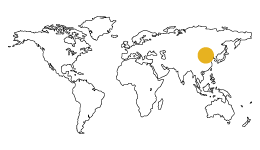 Ming Dynasty, Silk Road, nomadic tribes and everlasting fortifications – sounds exciting already doesn’t it? Sometimes argued to be the only man-made structure visible from space, the culture, history and romance surrounding the structure will keep the kids in awe for the entire trip. With the first bricks being laid as early as the 7th century, the wall in its entirety has grown to over 20,000 kilometres long. To put that in focus, that equates to about half the circumference of the entire planet. Yep, the entire planet.

Abercrombie & Kent offer a brilliant family tour which will help your kids get their heads around the scope of the wall and the Chinese culture – no mean feat. You will also adventure down old alleyways in Beijing, try your hand at dumpling making, learn introductory Mandarin and venture into the Forbidden City. Now that’s a family trip to remember! 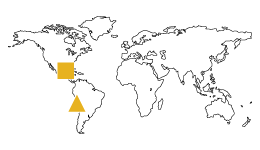 A landscape-engineering masterpiece, Machu Picchu is perched high up in the Andes Mountain Range in Peru. Widely considered one of the most important archaeological sites in the world, the ancient city can also be said to be one of the most enigmatic. Draped in soft cobwebs of mist, the rocky ruins of temples, homes and palaces combine to build evidence of an area which once formed a bustling Incan city located strategically along the Inca trail.

Unfortunately, the site’s popularity and the 75,000 tourists it receives each year have taken their toll. Now heavily regulated, travellers can only visit the area as part of an accredited tour company such as Blue Parallel. Their luxury tour to Peru is family-friendly and includes an awe-inspiring journey across the Andes aboard the Vistadome train. This option is much more child-friendly than trekking the Incan trail as Hilary Bingham did in 1911 when he ‘discovered’ the city. A private tour of the Machu Picchu ruins, as well as culinary classes where the kids can immerse themselves in the local culture cooking up a storm of Peruvian fare are among other traditional experiences.

Egypt isn’t the only country boasting pyramids amongst the Seven Wonders but the soft grey stone and fields of jade-green grass in our next destination, Chichen Itza, couldn’t create a colour palate further from the ochre-warmth of Giza. Although the ancient Mayan city isn’t as well-trodden, 1.2 million visitors a year can’t be wrong. Located in the Yucatán Peninsula of Mexico, and featuring mystic temples and dangerously competitive sporting venues where the losers were put to death, the site has enough mystery to tantalise all age groups.

The fingertips of Mayan civilisation stretch to eerily brush the shoulder of today’s society through their invention of the 365-day calendar. On the spring and autumn equinoxes a shadow in the shape of a huge snake blots the impressive step pyramid that has become the site’s representative. Magic or a thorough knowledge of astronomy? You decide, or let your kids make up their own minds on Artisans of Leisure’s Families in Mexico adventure which includes a private tour of Chichen Itza, a few days to recover from all that mystery on the Riviera Maya, a private snorkelling excursion and a visit to Sian Ka’an Biosphere Reserve.

Mystery, mist and a stone circle. A trip to one of England’s most visited and investigated sites is a must and always best seen first through a child’s eyes. Watch as your little one’s imagination fills with visions of knights, burial sites, druids and holy grails just out of reach. 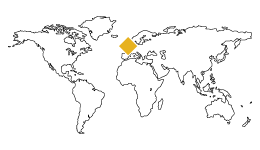 Luxury Vacations is a UK-based company offering private tours to Stonehenge. A tour guide will be on hand to answer all the questions the kids are likely to have about the ancient monolith, which is considerably older than the pyramids at Giza. And if that in itself isn’t enough to fill the time, they also include the discovery of secret castle ruins, hidden and overgrown with thick lush greenery as only the British Isles can do.

To top off the family experience, a drive through England’s number one safari park will provide a few laughs as the kids discover a touch of Africa behind the stately Longleat House, while cheeky monkeys play trampoline on the roof and tigers gaze unflinchingly through the car windows.

The jewel in India’s crown, the Taj Mahal, is undoubtedly the ultimate expression of love and romance, and a good place for kids to marvel at what some unbridled spending can create! The building is not actually a palace as often thought, but a huge tomb built in honour of the Emperor Shah Jahan’s wife, who died giving birth to their 14th child in 1631. Twenty thousand people worked on the monument, so it definitely helped contribute to local employment figures. 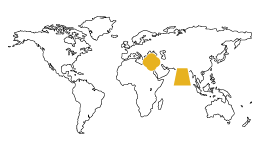 Greaves, the well-established luxury tour company, run a fantastic Family India tour which shows off the Taj Mahal, and more of India’s wonders within the safe, convenient and comfortable environment you need when taking small children to third world countries. The little ones will also love the bustle of Delhi and taking the Himalayan Queen Express Toy Train for a joy ride through the incomparable Himalayas. Nothing like those mountains to make you feel small!

Arguably the first location film star, Petra hit the world-wide stage in an edge-of-your-seat, fast and romantic explosion when it starred opposite Harrison Ford in 1989’s Indiana Jones and the Last Crusade. With enough energy, charisma and mystery to keep it firmly in the pop culture conscience of the new millennium, the dusty orange stone city will definitely be appreciated by kids the world over. At 2300 years old, Petra (meaning ‘rock’ in Greek) has a history as dramatic and exciting as anything Mr Spielberg could create, and with only 15% of the site excavated, there is plenty more mystery to uncover.

UK-based tour company, Scott Dunn, has a great reputation for sparkling family trips, and the Petra adventure is no exception. Kids will love galloping through the desert to Petra on horseback, just the way Indy did. They’ll also love the other exploits on the tour including a visit to Wadi Rum and floating in the Dead Sea, so pack your whip and fedora and get your kids in the mood for a real adventure.

The Giza Pyramids are possibly the most visited and well-known of the Seven Wonders and are the only one of the Ancient Wonders, which also include the Hanging Gardens of Babylon and the Lighthouse at Alexandria, which remain intact. There are three pyramids in the complex at Giza. The largest, also known as the Pyramid of Cheops, is close to 4500 years old and, as the city of Cairo has expanded, now sits right on the outskirts of one of the largest metropolises in the world, bringing the ancient world crashing into modern life. 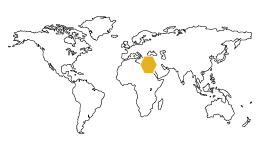 There are plenty of tour groups who take families to view the Pyramids and their guard, the Sphinx, but if you want to do it in the lap of luxury (and who doesn’t?) then tour company, Artisans of Leisure, is about to become your best friend. The Family Tour of Egypt includes all the hands-on activities kids could want: learning to write hieroglyphs and visiting locals’ homes for an authentic dining experience. The adventure also includes a trip to Luxor, Aswan and a sail down the Nile, all in the lap of luxury so you’ll feel like a pharaoh yourself. 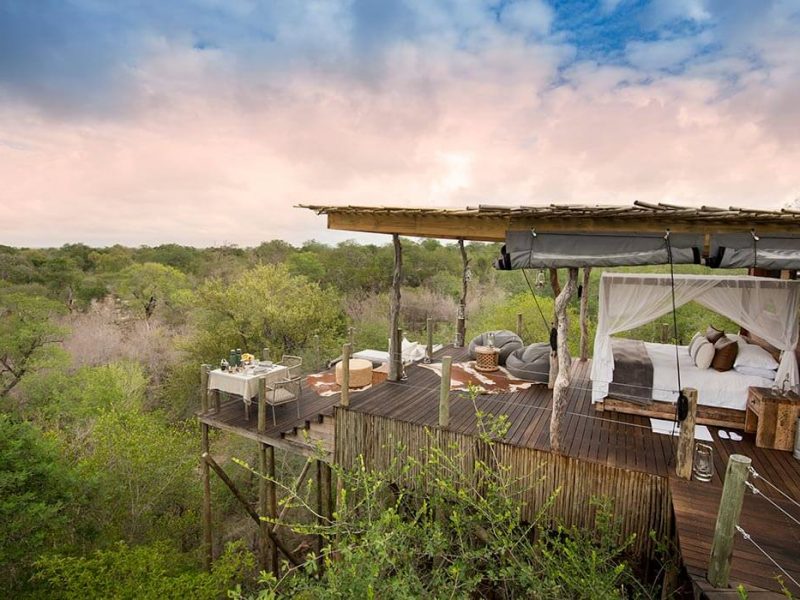 The world’s most luxurious treehouses

Climb into a picture book with your kids by staying in one of these modern fairytale treehouses,... 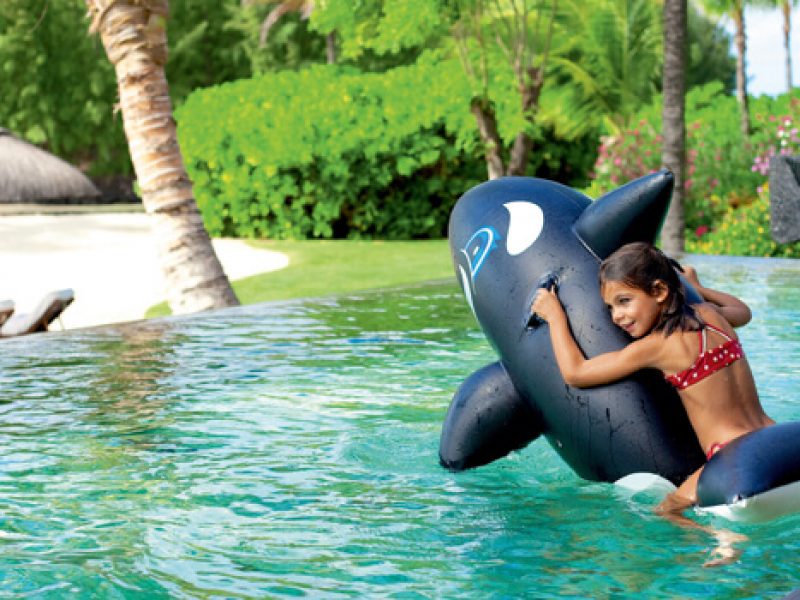 Why you should put Mauritius on your bucket list

Whether it’s action-packed adventure or shopping till you drop, Mauritius is more than just...