Bavaria in south Germany just might have the easiest ski trips for those travelling with children, writes Flip Byrnes.

Bavaria in south Germany just might have the easiest ski trips for those travelling with children, writes Flip Byrnes.

Standing on top of a mountain in Bavaria, I’m having a moment. Disembarking the chairlift, I spy my partner ahead already starting the run, our four-year-old like a small duckling in his trail, and our two-year-old giggling, clutching his ski pole. Framed by bluebird skies, and snow-dusted pines, this scene is worthy of being immortalised as a snow-globe vignette. But the moment holds gravitas far beyond being a pretty picture: this is our very rst ski run as a family.

Arriving at this magical point was my entire aim of visiting the Allgäuer Berghof, one of the select Familotels specialising in holidays involving small children.

There are airport-style trolleys to ferry luggage from car to room; the foyer is littered with stylish, antique rocking horses; and, adjacent to reception, there’s a two-storey slide whizzing kids to the playroom below. They shriek and skim, while we check in.

But this is just the beginning. Our eight-person apartment – decked out in uber-stylish blond wood – includes sleek, inbuilt change tables (pre-stocked with wipes) and mini bathrobes, and the baby cot comes with a complimentary pack of organic wash and cream. In the bathroom, a small, low sink sits next to the big one, and a double toilet seat means smaller derrières are accommodated.

The beginnings of a snow addiction

As for skiing, we’re ruined for life. The ski-in, ski-out location means we saunter down to the locker room in our thermals (or nappy, as the case may be), and if kids can’t make the 50 metres in ski boots to the hotel’s ski school (where they warm up with dancing to disco songs), there are sleds to pull our snowbunnies, Roman demigod style, and a collection of 4WD Thule snow prams raring to go by the door.

With the kids occupied with lessons for two hours in the morning, my partner and I get to ski. Together. But more often than not, we sneak around the mountain, spying on our children, hearts bursting with pride to see our little ones beginning what could become, if they’re anything like us, a snow addiction.

A hotel for all ages and families

Fourth-generation hotel owner, Martin Sonnenmoser, emphasises that this isn’t a child hotel but a family hotel. “Our theme is nature; what could be more fun for children? But it needs to be a space for parents too, ” he says. They also embrace their four-, not five-star, status. “Five-star means people become nervous about bringing children. We prefer to create a place where there’s no expectations on what you wear, that you don’t have to behave in a certain way.”

And it’s true. The nightly buffet dinner, featuring everything from local specialties such as triple cheese Allgäuer Kässpatzen (think mac and cheese) to New York rump steak, hosts everyone from parents in their favourite frumpy ski sweaters through to those toting diamanté-studded Louis Vuitton bags to the pasta station.

Non-stop action for all

With skiing, the playroom, the water world with six slides, the outdoor pool and indoor Ibiza-style cabanas, it’s non-stop action at Allgäuer Berghof. True, it’s self-imposed; everything is in place to have a holiday from your children (including a crèche open from 8am to 8pm, no reservation required), but I’ve chosen to holiday with my children.

Desperate to give my overtired youngest a nap, I take her out in a snow pram. This is likely to be her last pram kip as she’s recently dropped the convenient habit, so listening to snow crunching underneath with the staccato of her little snores, I savour the moment. The next day, she’s on her first blue run as we come together for our inaugural, and truly memorable, family run.

One chapter closes, but the sting is placated by the beginning of another, a reminder that every stage with children is as unique, beautiful and as fleeting as a snow flake. 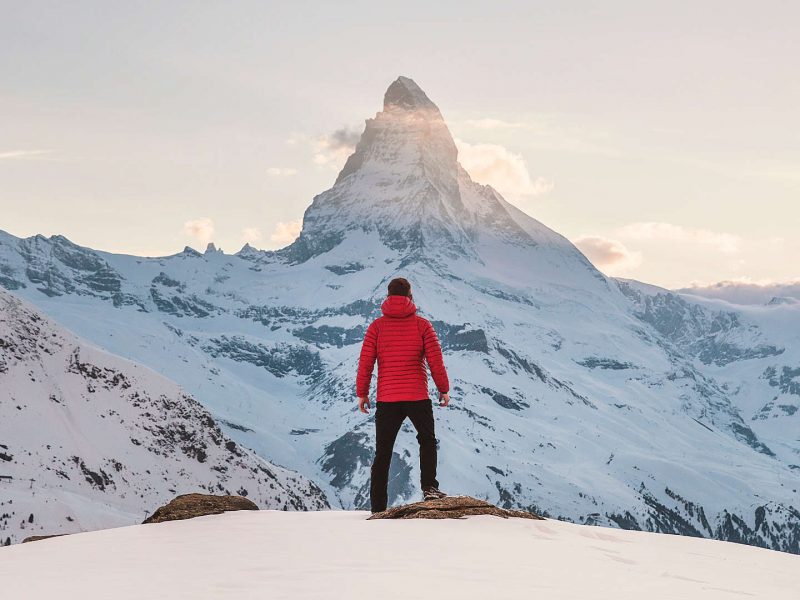 The 10 best ski destinations in Switzerland

Switzerland skiing must be on the bucket-list for skiers the world over, but with so many... 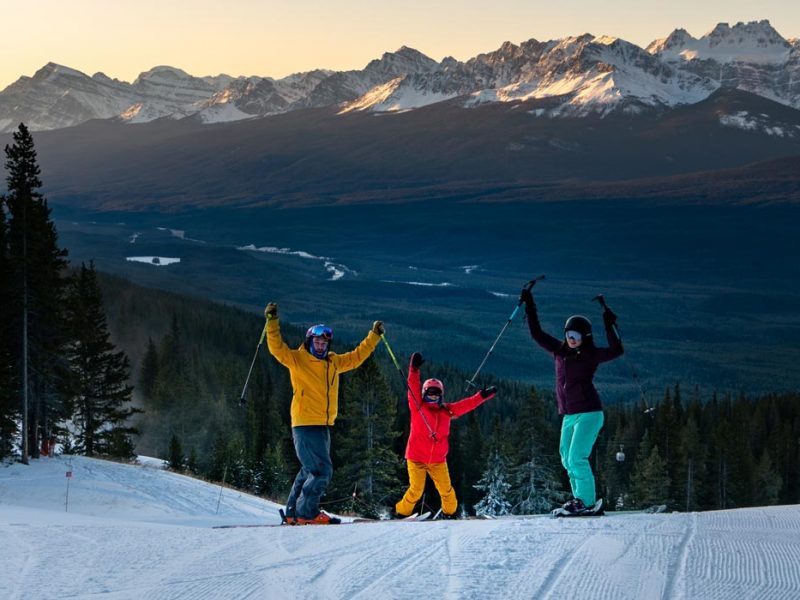 Banff National Park has officially kicked off the snowy season