Discovering Salzburg through The Sound of Music

Discovering Salzburg through The Sound of Music

‘The Sound of Music’ might be 50 years old, but the film is still much loved by millions of people around the world and the star of the show, Salzburg, is more beautiful than ever.

‘The Sound of Music’ might be 50 years old, but the film is still much loved by millions of people around the world and the star of the show, Salzburg, is more beautiful than ever, writes Helen Hayes.

A widowed naval captain with seven children hires a nun from the Nonnberg Abbey in Salzburg to look after his children. They fall in love, are married and then escape their beloved Austria when the Nazis take over.

It is a great story – a love story – and from the moment it premiered in New York City on 2 March 1965, it changed the lives of the Von Trapps, the actors that played them and the city of Salzburg, for ever more. Salzburg already had serious musical clout, being the home of one Wolfgang Amadeus Mozart, but now most visitors go to Salzburg to see the sights made famous in ‘The Sound of Music’.

The easy way to do it is with the Original Sound of Music Tour with Panorama Tours. The four-hour trip will take you and the kids to several of the locations, and the commentary along the way will no doubt increase your knowledge of all things Sound of Music. Yes, there will be singing. On our bus it was the Australians who sang the loudest… and best.

In Salzburg, the first stop is Mirabell Gardens where Maria and the children sang and danced to ‘Do Re Mi’. The gardens are absolutely spectacular and well worth a separate visit while you’re taking in this picture-perfect city.

From here the tour heads to Leopoldskron Palace, a magnificent building situated on a pretty lake. The back of the house and the lake itself was used when the kids and Maria were in a rowboat before they all fell in. Apparently the water was freezing on the day it was filmed and Kym Karath, the actress who played Gretel, couldn’t swim. The tour also drives past the Frohnburg Palace which was used as the family home in the movie.

Next stop is Hellbrunn Palace which is now home to the famous gazebo of ‘I Am 16 Going On 17’ fame, and where the Captain and Maria fell into each other’s arms in ‘Something Good’. The tour doesn’t visit the wicked gardens with its trick fountains, so you will need to go back another day.

The kids will love them and there is a small chance you will get wet! After a quick stop to look up at Nonnberg Abbey, where the real Maria lived as a nun, the tour moves out of town into the Lakes District past beautiful Lake Fuschl – you will see the global headquarters of Red Bull here – and Lake Wolfgang, before stopping at Mondsee and going into St Michael’s Basilica, where the wedding scene was filmed.

In real life the Captain and Maria married in Nonnberg Abbey, but the producers were not given permission to film in there so St Michael’s was a wonderful replacement. The little gift shop has postcards showing the cast and crew on site and sells the book that started this global phenomenon: ‘The Story of the Trapp Family Singers’, written by Maria Augusta Trapp in 1949.

I have confidence in me

Back in town, stroll around the UNESCO World Heritage-listed Old Town, past Mozart’s birthplace in the charming Getreidegasse with its designer shops and cobblestones, into the Salzburg Cathedral and onto Residenz Square, where Maria strutted her stuff singing ‘I Have Confidence in Me’.

You can also take the kids on a fiaker (a horse-drawn carriage ride) from here, trotting around the city in style before spending a couple of hours at one of the coolest forts your children are likely to see.

Hohensalzburg Fortress was built in 1077 and remarkably its walls were never breached. These days it is accessed by funicular and has incredible views over the city. Do an audio tour and visit the Fort’s Museum, as well as the Marionette Museum and the kids will be walking through history.

When you get off the funicular at the bottom, take a sharp left into St Peter’s cemetery, the inspiration for the scene in the movie where the family hides from the Nazis behind headstones. Established in 1627, the cemetery is tucked up against, and even in, the sheer rock of the Mönschberg, with the well-to-do of Salzburg buried here – including relatives of Mozart and the composer Haydn.

Make sure you go into the catacombs; the kids will feel like they are in a Harry Potter movie, with stairways in the rock leading to old crypts and altars. The rock of the Mönschberg also features at the Felsenreitschule (Summer Riding School) which was shown in the escape scene after the family performed at the Salzburg Festival.

To cap off your Sound of Music extravaganza, book in for the Sound of Music Dinner Show at Gasthaus Sternbräu where the kids might be invited up on stage; see the musical live at the Landestheater, the first production ever of ‘The Sound of Music’ in Austria; visit the famous Marionette Theatre immortalised in the song ‘The Lonely Goatherd’; and be one of the first to walk the Sound of Music Trail in Werfen, ending at the very spot where Maria and the kids picnicked on the lush green grass during ‘Do Re Mi’, Hohenwerfen Castle visible in the distance.

Take it from me; the hills of Salzburg are most definitely still alive with the sound of music, and much more. 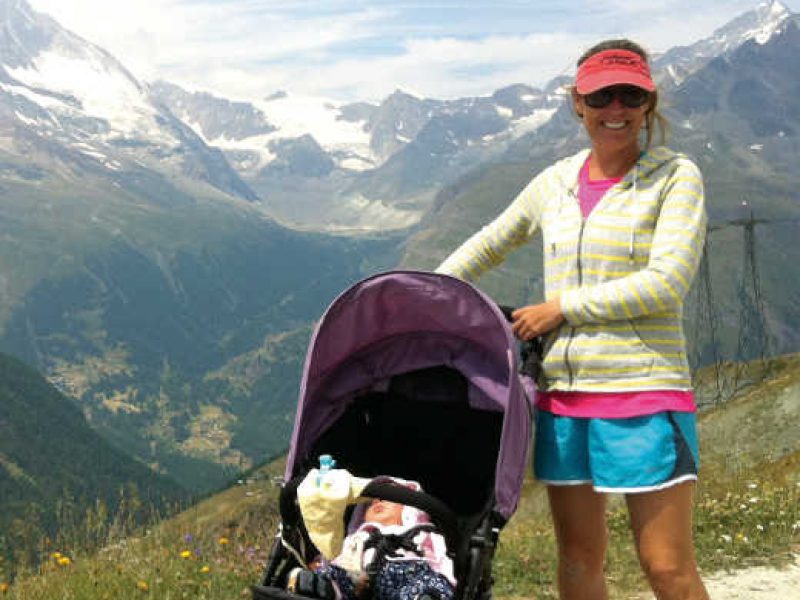 We hiked the scenic trails of Switzerland with a pram

As a new mum, it's important to stay active - but Flip Byrnes is taking it to the next level.... 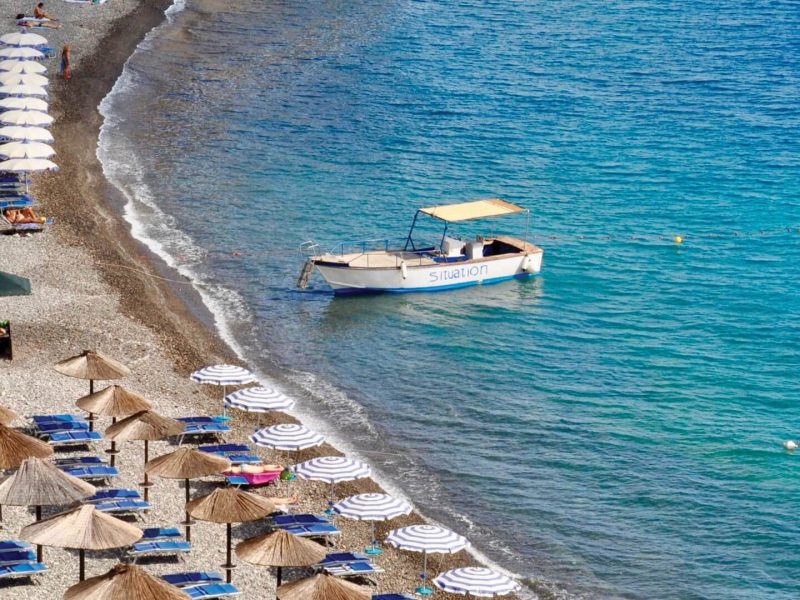 A summer family holiday in Italy