We investigate the rise of marine-based tourism, and how it is encouraging kids to become the world’s loudest and most passionate ocean advocates.

Aleney de Winter investigates the rise of marine-based tourism, and how it is encouraging kids to become the world’s loudest and most passionate ocean advocates.

“I promised you a turtle,” says Andy Ridley, Co-Founder of global movement Earth Hour and founding CEO of Citizens of the Great Barrier Reef.

True to his word, just a few short minutes later Andy delivers, as he and Raff glide over Agincourt Reef, three green sea turtles weaving nonchalantly under and around them. Raff is so excited by the sight of the trio of ancient mariners, he bursts from the water squealing. It’s a phenomenon he tells me, that he likes to call “coral screeching”.

Happily, this phenomenon has no adverse impact on the reef. Quite the contrary. His tête-à-tête with the turtles has made him an even more vocal, and loud, advocate for the protection of the Great Barrier Reef and his flippered friends.

Getting it right for the reef

There’s no question that kids are some of the loudest and most passionate advocates of our oceans and Raff is just one of an increasing number of kids whose passion has seen a worldwide rise of marine-based tourism.

And when done right, tourism can play an enormous part in protecting the oceans for future generations. At the Australian Society of Travel Writers 2019 Convention held in October in Cairns, Wendy Morris, Chair of Tropical Tourism North Queensland, declared apathy the reef’s biggest threat.

“Every person that visits the reef is helping to support us to understand what’s actually happening out there. We need people to come to the reef and experience it so that they can go away and together we can change the world. I know afterwards, we’re going to have Citizens of the Great Barrier Reef talking more about that,” she said.

Ridley, who is a father to two boys aged six and 10, is continually amazed and inspired by how much children absorb and take away when they experience the Great Barrier Reef, which he describes as nature at its grandest and most complex.

The reef caters for all, from professional divers who can go on an epic live-aboard out to the Coral Sea to a five-year-old who can venture out for a snorkel on one of the reef’s family-friendly vessels like Quicksilver or immerse themselves for days at kid-friendly Fitzroy Island. And, just like Morris, Ridley believes that tourism can help protect it.

“While I believe kids can be passionate about protecting our reef without having visited, I know from my kids’ perspective that they become much more vocal advocates once they have seen what it is they are fighting to protect,” Ridley says.

Needless to say, when Nickelodeon approached Ridley about lending SpongeBob SquarePants’ power of positivity to the cause, he leapt at the chance. Through their Junior Citizens of the Reef program, Nickelodeon and Citizens have successfully transformed complex information about the reef and the impacts of pollution in a way that empowers children to understand the actions they can take to help, and give them the confidence to share their views.

With kids’ natural curiosity and their passion for our oceans, more and more families are booking dive holidays, according to Deborah Dickson-Smith of dive travel agent, Diveplanit.

Dickson-Smith also believes travel is one of the greatest educators, opening young eyes and minds to issues they may not realise exist, let alone understand.

“When it comes to marine conservation, introducing kids to the underwater world gives them a better appreciation of the wonders that lie beneath the waves. With that familiarity comes understanding – and a desire to protect,” she says.

But families must do their research to learn about marine environments and the threats faced before going on holiday, and strive to support the tourism operators – and destinations – doing the right thing.

“Good examples include the Maldives, which has banned fishing trawlers and net-fishing from its entire archipelago. Another example is the tiny Micronesian nation of Palau, which established the world’s first ever Shark Sanctuary and now asks all visitors to sign the ‘Palau Pledge’, a written commitment for guests to act in an environmentally responsible way, before they will issue a visa,” says Dickson-Smith.

“There are lots of places that allow kids to get actively involved in marine conservation and others where they can simply observe and learn about projects supported by the resorts they visit – perhaps by taking a tour with a ranger or visiting a turtle sanctuary.”

One such provider is Captain Cook Cruises Fiji, which has a resident Ocean Ambassador whose sole job is to educate villagers about plastic pollution and lead passengers on beach cleanups on all the remote islands they visit on each cruise. Kids on board the cruises can participate in citizen science, as the plastic pollution data collected is sent to a central database which studies the types of plastic waste found in the South Pacific.

With one of the world’s best coral reefs just off the beach, Indonesia’s Wakatobi Resort is another great place to introduce youngsters to the wonders of the underwater world. The resort’s award-winning conservation program combines environmental stewardship with tangible benefits for the local community. Attentive dive and snorkelling guides are available to point out unique marine life and there are activities and programs for all ages.

In north Bali, Dickson-Smith recommends Sea Communities, which gets kids involved in a coral restoration program that not only helps regenerate a reef once destroyed by dynamite fishing, but provides a new source of income for poor local fishermen. And at Rawa Island Resort in Malaysia, dive company OrcaNation has teamed up with Flinders University to create the world’s first IC-Anemone Trail. The Conservation Dive and Snorkel Trail offers guests of all ages the opportunity to swim with anemone fish, which have been drastically overharvested, while helping research scientists collect data through a citizen science program.

Jean-Michel Cousteau Resort Fiji, on the island paradise of Savusavu, is a pioneer of eco-tourism. Founded by Jean-Michel Cousteau – environmentalist, filmmaker and son of the legendary Jacques Cousteau, who says, “Protect the ocean and you protect yourself” – it’s no surprise that marine conservation and education is at the forefront of the resort experience.

Besides its incredible location, one of the resort’s greatest assets is its Marine Biologist and Naturalist, Johnny Singh. Johnny teaches guests about the significance of the natural world and the necessity of direct action and advocacy.

“By actively participating in our restoration and monitoring projects, kids can extract and distil lessons from both culture and nature and use them to explore an alternative sustainable future,” says Singh.

The program is creating ocean advocates who, adds Singh, “Will bring together people who are passionate about the importance and continued wellbeing of our oceans.”

Ruth Crichton of South Africa’s Grootbos Nature Reserve believes the role of travel in educating ocean advocates is critical as it is a catalyst for experiential learning and a deeper, visceral understanding of the need to protect and conserve our oceans.

Grootbos, situated in the smallest yet most diverse of the world’s plant kingdoms, is a thriving example of travel and conservation working hand-in-hand. The award-winning five-star lodge has programs in place to introduce people of all ages to conserving the wilderness and the creatures that live in it – both on land and water. From bugs and frogs to the Big Marine 5, dedicated Grootbos guides engage and introduce children to the importance of all creatures to the ecosystem through immersive experiences.

An unparalleled diversity of marine life from single-cell algae to the largest predatory fish in the oceans have earned the southern tip of Africa the nickname ‘The Serengeti of the Sea’. Grootbos’ marine safaris include an immersive adventure to view whales, sharks, dolphins, seals and African penguins.

“These are the Big 5 of the Ocean, and we are so privileged to have them right on our doorstep in this marine hub in Walker Bay,” says Crichton.

Sadly, an alarming decline in population has seen the African penguin added to the list of at-risk and endangered species. The penguins can’t find the fish they need due to warming sea surface temperatures and overfishing, which has made food scarce. Instead, a toxic soup of industrial waste and plastic is on the menu. As a result, it is projected that these penguins may be extinct within 15 years.

But, adds Crichton, when it comes to the future of the penguins and other species, “It all starts with you! Look for plastic alternatives, be mindful of ocean-harming products and littering and eat only sustainable seafood.”

“There will be more plastic than fish in the sea by 2050,” my concerned son tells me after returning from his Great Barrier Reef Adventure. “But I’ve made the pledge to become a Junior Citizen and will say no to single-use plastic and do my bit to help turn this horrible situation around.”

True to his word, my passionate ocean advocate has removed all single-use plastic from our daily lives, planted an organic veggie patch with his sister and follows us around turning off lights to curb carbon emissions. And along the way he is educating us. And that is the power of travel for change.

Want to know how to be more reef resposible? You can read tips here. 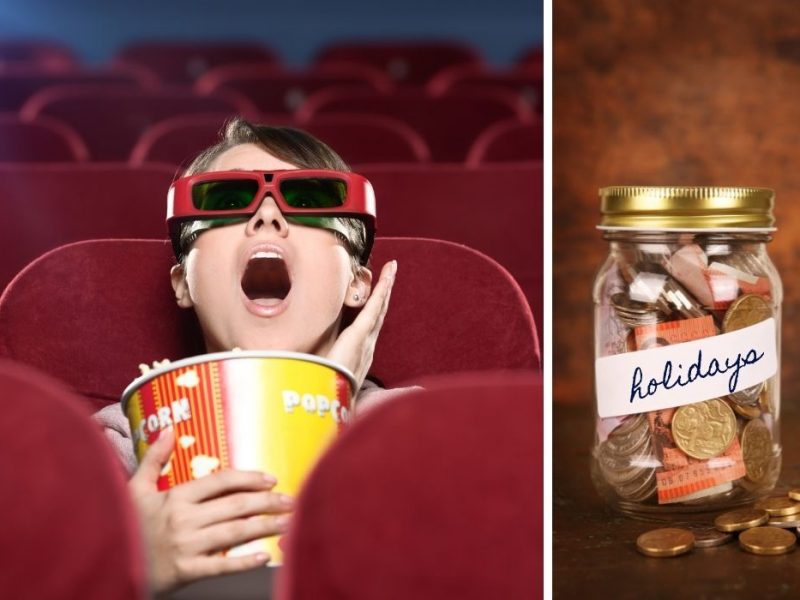 The NSW Dine and Discover vouchers have been extended, here are the best deals on offer

The NSW Dine & Discover vouchers expiry date has been extended. Here are the best deals to... 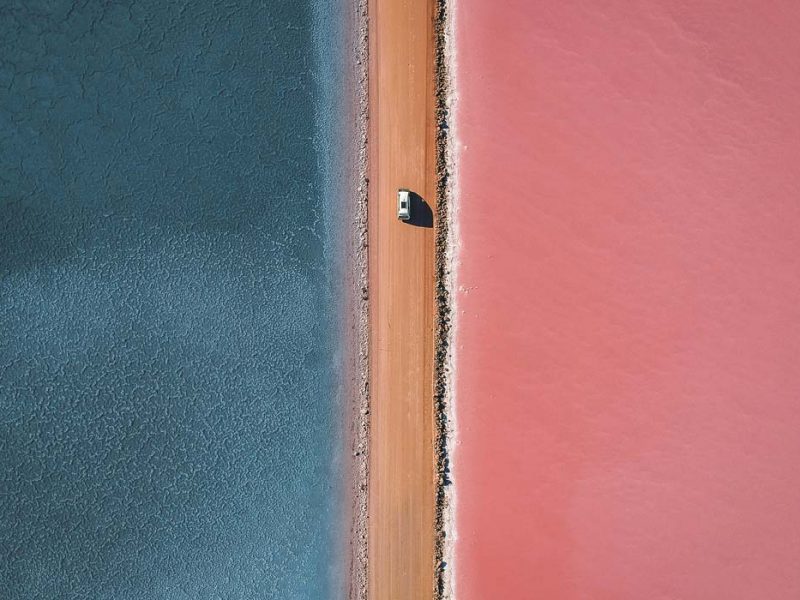