David Thorndike discovers some of the natural wonders of NSW, just a short 4WD from Lithgow.

David Thorndike discovers some of the natural wonders of The Lost City, NSW. Just a short 4WD from Lithgow.

There are a number of fantastic natural sights within a couple of hours of Australia’s major cities that you won’t always find on a road map. The Newnes area behind Lithgow is one such place, with plenty to explore and discover if you are just getting into 4WDing, and some even possible to access in your standard 2WD family sedan – if you don’t mind taking it a little slower and coming back covered in dust!

The Zig Zag railway station is the entry point into Newnes State Forest. A popular family attraction for many years, it closed down in 2012 however is due to reopen in 2019. In the meantime, it’s the ideal place to meet up if you are going to do this trip with some friends, or just need to give the kids a bathroom stop before you hit the dirt tracks. From here, follow Newnes Forest Road across the railway tracks, where it soon becomes Old Bells Line of Road. Follow this for about 6km until you come to a T-junction, where you turn right. In another couple of kilometres, you will arrive at Bungleboori Picnic Area. This is the turning off point for the hidden track to the Lost City.

The Lost City is only 3km from Bungleboori but no signs mark the way (probably one of the reasons it has remained lost). The track from Bungleboori is only suitable for 4WDs, so don’t try taking the family sedan.

The track begins directly opposite the picnic area and adjacent (left side) to the start of Black Fellows Hand Trail. Follow it for a few hundred metres until you cross over the telegraph line road clearing and then continue on, making sure you choose the left-hand track each time the road forks off in different directions. Be prepared to get dirty, as you are likely to drive through a bit of mud on the way.

At the end of the track is a small parking area and here’s where you’ll get your first view of the Lost City. Made up of striking rock pagodas on either side of the escarpment, it resembles a city skyline and is quite remarkable. Walk on 100 metres and you’ll find a few of these formations the children will love clambering up to enjoy the views from the top.

If you are looking to make it a full weekend (or longer) then Newnes Flat is definitely the place to camp overnight. The old Newnes Hotel Cabins now operates as small cabins, the old bar is a kiosk on the weekends and the museum provides some background to the rich history.

The mining ruins are spectacular, with information plaques displaying images and facts about the mine operations back in the day. The open camping area has amazing views of the surrounding escarpments – lit brilliantly every afternoon by the setting sun.

There is a toilet block on-site, and fires are permitted depending on seasonal fire restrictions. Be sure to either bring in your own water or boil it first if fetching from the river, which is great fun for little ones to splash about in as it’s shallow and runs right next to the campground, separating it from the mining ruins and 4WD access-only camping areas on the eastern side.

Retrace your steps back to Bungleboori, then turn left and continue down Glow Worm Tunnel Road. The road is in good condition and a standard 2WD will have no trouble in dry weather. You may want to give it a miss though if there has been a lot rain. It is about 25 kilometres to the Glow Worm Tunnel car park with the highlight being driving through the old railway tunnel a kilometre from the end. The tunnel is only wide enough for one vehicle at a time, so make you sure you give the horn a toot and turn on your headlights before entering.

From the car park, it is an easy 1-kilometre walk to the Glow Worm tunnel. It is completely dark inside so torches are essential. Stick close to the right hand wall and you will avoid wet feet, then once you are a hundred metres in and the sunlit entrance has disappeared around the curve, stop and turn all the torches off to be mesmerised by the glow worms that call this tunnel home. The glow worms are actually the larvae of Fungus Knat Flies, and the glow itself is produced by a reaction between oxygen and the larva’s body. Remember not to touch the glow worms at all, as any contact will kill them.

The tunnel is only a couple of hundred metres long and once out the other end, it’s possible to continue with the walk down into Newnes, the old mining ruins and the Newnes Flat camping area. 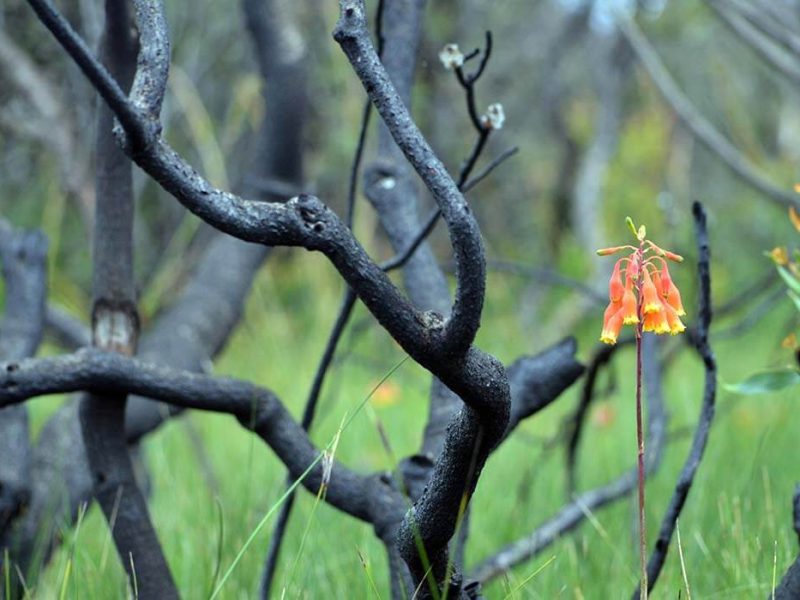 CamperMate’s latest campaign aims to get campers, caravanners and everyone in between back to... 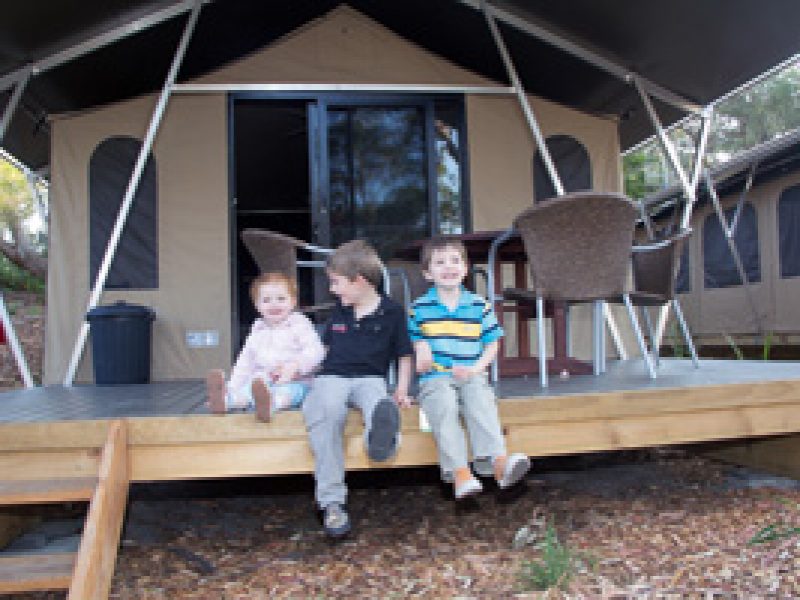