How to choose the right camper trailer

How to choose the right camper trailer

Camper trailers offer the perfect middle ground between rolling out a swag and hitting the road with a caravan in town. But, before you invest in one, there are several things to consider. Here are our top tips for choosing the right camper trailer for you.

Camper trailers offer the perfect middle ground between rolling out a swag and hitting the road with a caravan in tow, says Australian author Lee Atkinson.

But, before you invest in one, there are several things to consider. Here are our top tips and the most important considerations for choosing the right camper trailer for your and your family.

One of the major benefits of most camper trailers is that you can take them to a lot of places that would be inaccessible to caravans or motorhomes, including 4WD tracks and many national park camping grounds.

Make sure the trailer and the coupling (the tow bar and tow ball or hitch that connects the vehicle and the trailer) you are thinking of buying are capable of negotiating the types of roads and country that you want to visit.

This is one of the most important things to consider. There’s an exponential relationship between the size of your trailer and the extent to which you can get off the beaten track. Often it’s a compromise between weight and robustness, so, once again, think about where you want to take your trailer and what you’ll be towing it with.

Don’t forget to add the extra weight of all your camping gear, food and water (typically a couple of hundred kilograms) to the equation, and ensure that the fully laden weight of your trailer doesn’t exceed the legal maximum aggregate trailer mass (ATM), which will be stated on the trailer’s compliance plate. Trailers over 750 kilograms need trailer brakes, too.

Most camper trailers come with a water tank, and while bigger is better, it’s also heavier (one litre of water equals one kilogram of weight). Two tanks are better than one.

4. Putting up and packing up

Probably the next most important thing is the ease and speed of setting up and dismantling the ‘tent’, or living space. Some pretty much put themselves up at the touch of a button, although you pay for the privilege.

Hard-floored tents are generally easier to erect (and keep clean), and you don’t have to worry about poles and pegs, which can be a great advantage in rocky or uneven ground and at camping grounds with small sites enclosed by bollards.

The more poles and ropes, the longer it will take to put up. The flip side is that living space is usually smaller in camper trailers with a hard floor and, of course, they are more expensive than soft-floored tents.

Also worth considering is the layout: the outdoor cooking and living area or annex of a hard-floor trailer is typically at the side of the trailer, which means you will be looking directly into your neighbour’s camp while eating, whereas a soft-floored camper will often have its kitchen at the back, offering much more privacy in places where you find yourself sharing the camping ground with others and there is not enough room to park sideways.

If you are planning on camping in an unpowered site, such as at a national park, for a week or two, you’ll probably need to upgrade the standard battery power bank that comes with the trailer.

An Anderson plug and a DC/DC charger to enable you to recharge the battery while driving is a great idea, as are solar panels to keep it topped up when you’re camped.

Batteries only run 12-volt appliances, so also consider purchasing a pure sine wave inverter to safely charge up and run appliances that need conventional 240-volt power (you can buy 12-volt chargers for most laptops and digital cameras).

Make sure your trailer has plenty of space for all your gear when you’re packed up and on the road, easy-to-access storage to stow things while camping, and room to move. Slide-out drawers under the bed make life easy, as does a toolbox that you can access without having to lift the top of the trailer.

Somewhere to stow firewood collected on the way to camp is very useful, and an annex is essential; look for one with detachable walls and an optional floor. Check where the fridge is stored – you don’t want the motor humming beneath your head all night. Some people prefer to keep their fridge in the back of their vehicle instead.

If you ask me, the best thing about a camper trailer is the bed. I love having a queen-sized bed with a good mattress that can remain made up even when travelling.

Most form the ‘roof’ of the trailer when packed up, so are raised up off the ground when you’re camping. Ladders can be hard to negotiate in the middle of the night, so a step is handy.

How many people are you looking to sleep in the camper trailer, and where do you want them to sleep? Many hard floor campers only have enough room for two adults to sleep inside the main tent area. It’s possible with some models to fit one child on the fold-out hard floor, but for families with two or more kids, a full annexe will be needed, preferably with a sealed tub-floor section. For this reason, many families tend to choose either a wind-upstyle camper trailer that can sleep up to six people inside on mattresses or cushions, or a soft-floor camper, with mum and dad taking the mattress and the kids sleeping on stretchers or air mattresses on the floor.

A dedicated kitchen area is another one of the delights of a camper trailer, as far as I’m concerned. With a sink, four-burner gas stove and cold water on tap, it’s almost as good as the kitchen at home; some trailers even offer hot water.

A kitchen that swings out from the tailgate takes up less storage room in the trailer than one that slides out and is usually cheaper, although you may still need a table for a workspace.

It’s also essential to consider your tow vehicle. It’s no use spending money on the top-of-the-line off-road camper trailer if you are towing it with an SUV that only has 2WD capabilities. Of equal importance is the tow rating on your car. How much weight can you legally tow behind you? You may be surprised at just how many caravans and camper trailers are already scratched off your list from this one simple point.

*This is an edited extract from Explore Australia by Camper Trailer by Lee Atkinson, published by Explore Australia, RRP $39.99, and camper trailer tips written for Caravan and Camping with Kids magazine by David Thorndike. 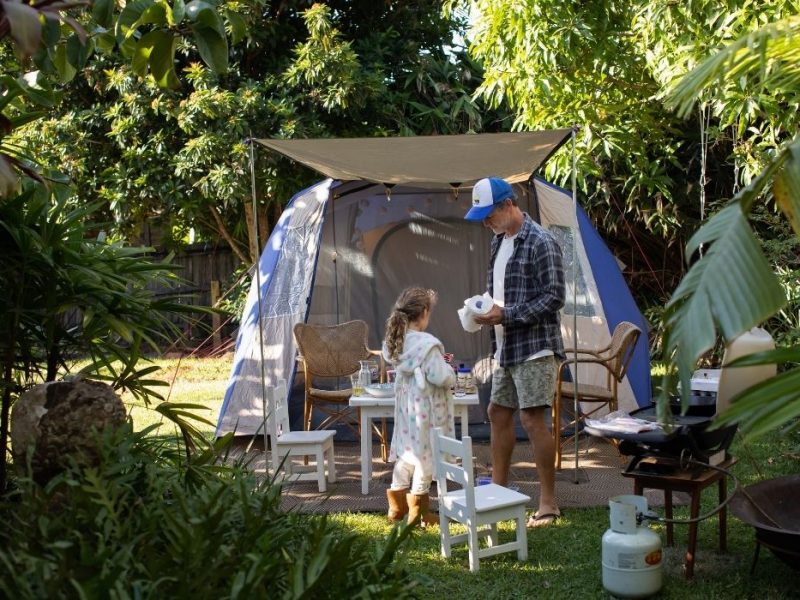 These backyard camping recipes will get you through the weekend

You have a tent. And a Bunning's firepit. Now all you need are some good camping recipes the... 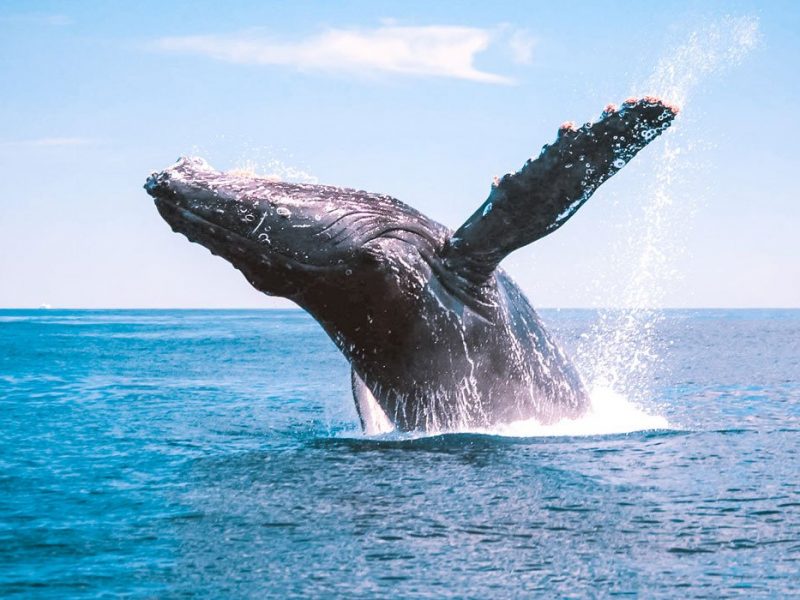 Queensland, Things to do, Tours

Enjoy two days of adventures on the Great Barrier Reef with the family. Experience the Lady...