Why kids fall hard for Japan, from ninjas to Hello Kitty

Why kids fall hard for Japan, from ninjas to Hello Kitty

Rich in tradition, ninjas and Hello Kitty, Aleney De Winter finds out first-hand why kids fall hard for Japan on a family holiday.

Imagine a child so completely obsessed with Japan that he has saved every cent of his meagre pocket money for two years to get there. A child so fixated that, at the age of seven, he is well versed in the history of feudal Japan, attempts to create DIY samurai armour from paper plates and egg cartons, has his heart set on a career as a ninja, and is even partial to haiku.

A child so fanatical that he stalks our local sushi chef and swears he has ramen broth running through his veins. Now imagine the look on said child’s face when his dream comes true on a two-week family adventure in Japan.

The way of the warrior in Kyoto

The samurai way of life was about much more than swords and battles; indeed it was to observe and do what is right. While Japanese values are still based on the spirit of bushido, luckily they’ve swapped their horses for the faster and more comfortable shinkansen bullet train that we take to Kyoto.

Given my son Rafferty’s obvious preoccupations, the search for all things ninja and samurai begins as soon as we arrive at our hotel, the family-friendly Hyatt Regency.

Ideally located in the historic area of Higashiyama Shichijo, in the heart of Kyoto, the hotel is sandwiched between stunning temples and the amazing Kyoto National Museum which is brimming with antiquities dating back centuries. Soon my little shogun is following in the steps of samurais and ninjas past through the old streets of Gion and at the many shrines, including the spectacular Shinto shrine of Fushimi Inari, with its thousands of vermilion torii gates.

At Ninja Kyoto we come face to face with our first live-action ninjas while we dine on edible shuriken and escargot ‘bombs’. Men Bakaichidai is a must for wannabe chefs; its famous Fire Ramen, blackened by pouring flaming onion oil into a bowl of waiting broth, is an explosive spectacle. Here Rafferty also becomes a graduate of its brand-new Ramen University after learning to make perfect ramen with the chef.

Toei Kyoto Studio Park, a working TV and movie set that doubles as a theme park, is a little kitsch but to a seven-year-old the mock Edo-era town holds massive appeal. Live ninja performances, extravagant sword fights and samurai battles await around every corner and Rafferty is soon starring in a live-action samurai battle sequence.

Then there’s samurai training, in full costume, at the more intimate Samurai Kembu Theater, where Raff learns how to use a Japanese sword along with samurai etiquette in an hour-long one-on-one class with a kembu master.

He even sleeps like a samurai in a ryokan, a traditional-style inn that originated in the Edo period, where he dons a yukata and dreams of epic battles from his mattress on the tatami-matted floor.

We take a break from Raffles’ Japanese fight club the following day at Arashiyama Monkey Park Iwateyama where he and his little sister, Marlo, delight in the antics of the resident monkeys and we soak up the views.

In Osaka there’s a distinct lack of ninja, which may be due to the wizards zapping them away. You see, Hogwarts is just down the road, much to the delight of my wee Muggles. From its cobblestone roads to the slanted buildings coated in snow, The Wizarding World of Harry Potter at Universal Studios Japan, which we reach by following a winding path past the wreck of the Weasleys’ Flying Ford Anglia, feels real. We sip on Butterbeer (imagine liquid butterscotch) and stock up on wands at Ollivander’s in Hogsmeade before visiting the spires of Hogwarts and the family-friendly Flight of the Hippogriff mini coaster.

Marlo is equally thrilled with the rest of Universal’s incredible offerings and is particularly excited to stumble across Hello Kitty, Snoopy and the cast of Sesame Street. InterContinental Osaka is the place for budding wizards to stay. The luxurious hotel is conveniently located a short undercover walk from Osaka Station with two-bedroom serviced residences perfect for families. A massive pool is a hotel standout, as are the traditional Japanese baths and extensive spa area where the highly skilled therapists work their own brand of magic on mummy’s tired muscles.

Of course our four-year-old daughter’s desires weren’t forgotten on this adventure and, though she enjoys a little ninja action, she prefers things of a cuter nature. Enter the Preferred Hotel Group’s Keio Plaza Hotel in Tokyo that quite literally lays out the ‘welcome cat’ for our daughter with a stay in a Hello Kitty room.

Imagine an outrageous Pop Art explosion of Hello Kitty in a room where everything from the carpet up is an ode to the popular character. From take-home Hello Kitty water bottles, cuddlies and stationery, to special touches like a Hello Kitty mocktail, Marlo was in heaven!

The massive Keio Plaza complex is just five minutes from the neon-lit chaos of Shinjuku with its streets of great food and eccentric entertainment. Along with 20 incredible restaurants and bars plus shops and galleries, there’s a raft of family-friendly accommodation, sky pool, in-house medical clinic and child care. There’s even a nursing room in the lobby.

We find more Hello Kitty squirrelled among the seven floors of toys at Kiddy Land in neighbouring Harajuku, better known for its candy-haired cosplay kids. Thankfully for this overwhelmed mum, it’s right alongside the serene Meiji Shrine, allowing a little Zen respite from the kids’ manic shopping frenzy.

The rest of the family enjoyed a break from all that retina-searing Hello Kitty pinkness over steaming bowls of ramen in Tokyo’s aptly named Ramen Street and at the enormous and fascinating Tsukiji Market, where Rafferty is awed by the ‘fish ninjas’ – fishmongers slicing massive tuna with great precision, with what look like samurai swords.

No trip to Tokyo would be complete without donning a pair of mouse ears. Keio Plaza is a partner of Tokyo Disneyland so it’s a no-brainer for us to take its free shuttle service to the theme park to end our Japanese adventure in dazzling Disney style.

Mickey, Minnie and the gang may speak Japanese but fun needs no translation at Tokyo Disneyland as the kids lose themselves in the fantasy of Disney favourites like Splash Mountain and It’s A Small World between gobfuls of incredible flavoured popcorn – try the soy sauce and butter, it’s great!

My indefatigable kids even wait it out for the Tokyo Disneyland Electrical Parade Dreamlights where they spot all their favourite characters in an extravaganza of more than a million sparkling lights and fireworks, making a perfect finale to our perfect holiday in Japan.

The 26 best NSW farm stays for your weekend escape

Dreaming of a farm stay holiday? No matter what your budget, or the size of your group, we've... 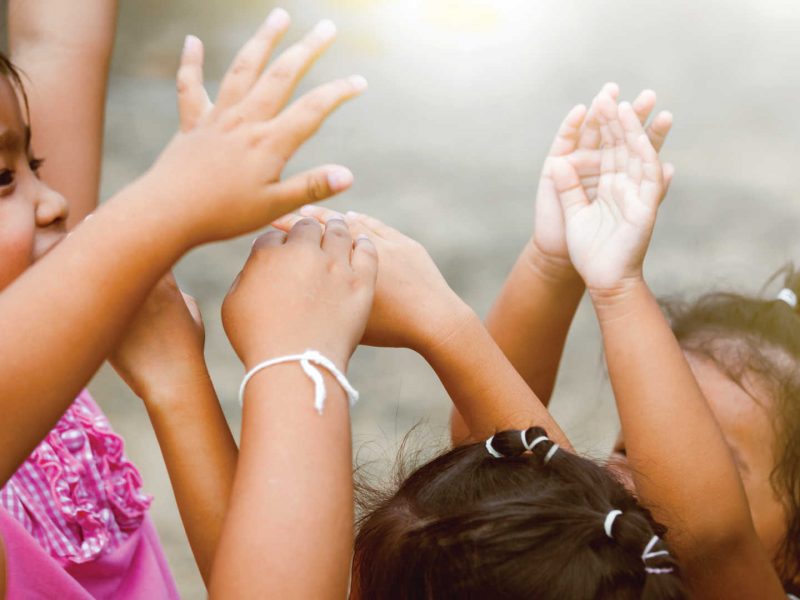 Holidays with Kids shares 8 simple steps we can take to raise a new generation of responsible...