A trip to the true blue, Blue Mountains

A trip to the true blue, Blue Mountains

Ken Eastwood passes on the natural wonders of the Blue Mountains to his children. And Indiana Jones.

Ken Eastwood passes on the natural wonders of the Blue Mountains to his children. And Indiana Jones.

I was horrified. My nine-year-old daughter Zoe shot me with a phrase as pointed as a bullet: “Daddy, where are the Blue Mountains?”

For years, this World Heritage Area on the back doorstep of my home city of Sydney has been my adventure playground. It’s one of the best places in the country for canyoning, rock-climbing, bushwalking and mountain-biking. When my kids were toddlers, I’d strap them into my backpack and take them hiking along precipitous orange cliffs and down into gullies of lush ferns and tinkling waterfalls. But they don’t remember any of that.

The Blue Mountains is a beautiful region that should be passed on from generation to generation. It was obviously time for me to pass on to my kids the region’s wonders.

A mere 1.5-hour drive from home saw us among the fresh air and breathtaking views a kilometre above sea level. First stop was the Valley of the Waters at Wentworth Falls. The countless bushwalks in the “Blueys” range from easy meanders to challenging slogs that will tire out the toughest teens. We took the relatively flat Overcliff Track through clouds of wildflowers to the tune of whipbirds and wattle birds. Six-year-old Luke morphed into Indiana Jones, racing ahead to battle imaginary foes. Hundreds of metres below us in the valley, cockatoos formed white dots on the bluey-green canopy.

Next stop was the delightful Toy and Railway Museum, Leuralla, near the clifftop at Leura. Take an hour to wander through the five hectares of exquisite gardens and the old house, which is stuffed to the brim with toys from Tintin to Barbies. It could do with a few more hands-on activities, but most of the antique toys are too precious for that.

On to Echo Point, and one of the most photographed natural icons in Australia, the Three Sisters. After 5pm the parking is free, the busloads of tourists have gone, and the sun lights up the face of the rock pillars. It’s worth visiting here after dark too, when the Three Sisters are lit up.

As a child, I sometimes stayed with my family at the Redleaf Resort in Blackheath, which has been operating since 1923. It’s a lot fancier now, with a tennis court, putting green, small playground, indoor pool, spa and sauna. It also has – surprisingly – the largest known blossoming cherry tree in the Southern Hemisphere.

Rested and recharged, the next day we hit Katoomba Scenic World, with its extraordinary mix of technology and natural beauty. First, the scary 380-metre traverse on the suspended Skyway, its Electro-Sceniglass floor going clear at the flick of a switch, so we could look between our feet 230 metres down to the Jamison Valley below.

On to the Scenic Railway: the steepest passenger railway in the world. It gets to 52 degrees on its 415-metre length, but feels like it’s almost vertical. To the delight of at least one child, the Indiana Jones theme actually played through speakers as we went over the top of the cliff.

Down the bottom, there’s an excellent three-kilometre boardwalk through the rainforest. It’s beautiful, easy walking, and if you can keep the children down to a dull roar, you should see stunning lyrebirds foraging in the forest.

The final must-see is Jenolan Caves, an hour’s drive from Blackheath. There are 10 stunning show caves, and the beautiful Orient Cave is known as one of the top 10 most beautiful caves in the world. It includes such varied naturally formed features as the Persian Dome, 12 Apostles, Casper the Ghost and Harry Potter’s Glasses.

Young Indiana Jones hadn’t had enough exploring though, and signed up for the challenging River Cave tour, a two-hour journey with 1298 steps and two big ladders (not suitable for children under six).

Having now shown my kids the Blue Mountains from underground, above ground and on the ground, I only hope they will continue to love this international treasure as much as I do, and one day pass it on to their kids. 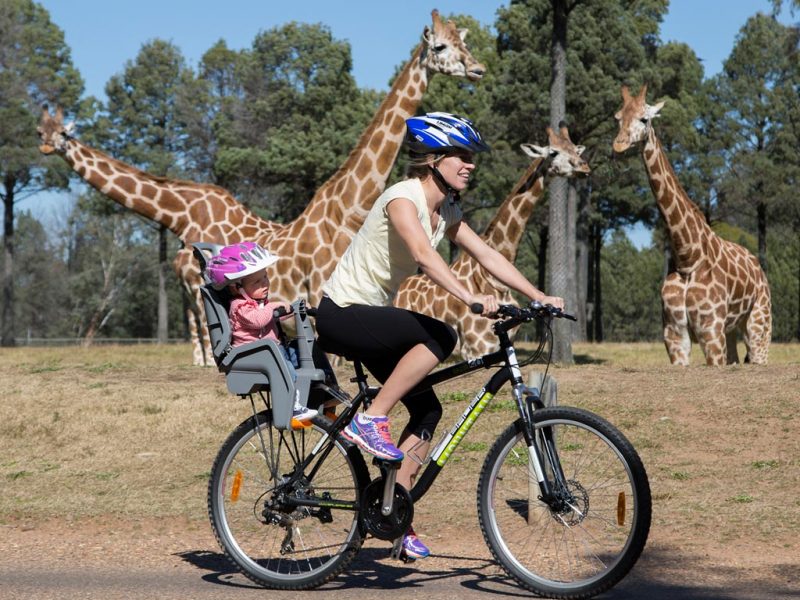 Lauren Mcgroder discovers that there is a whole new world to be explored on the plains of Dubbo... 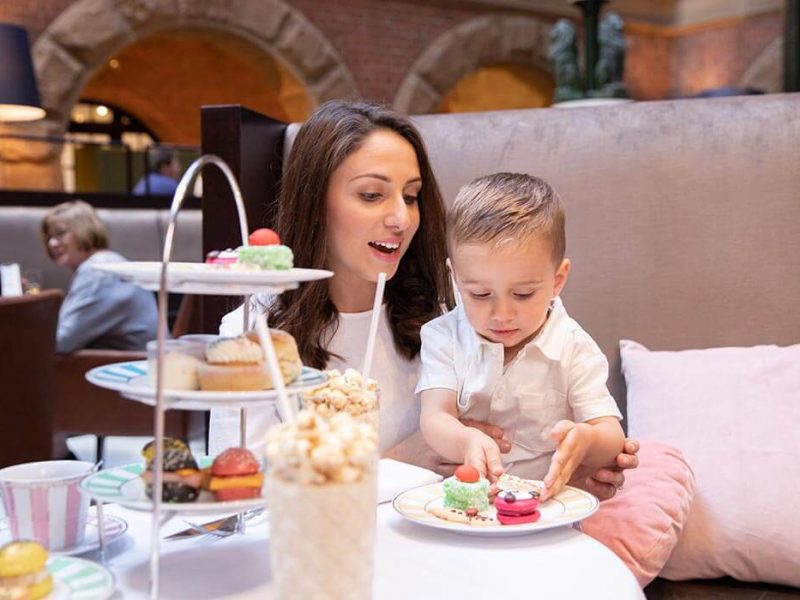 Scrum-diddly-uptious: 6 of the best high teas for kids in Australia

Let’s face it: high tea is really just an excuse to eat cake for lunch! But it is also the...

Enjoy a family Byron break in tranquil, relaxing surroundings.
i
SEE ALL
Back To Top