Waitomo is one of New Zealand’s most magical destinations. Above ground, rolling green countryside is embellished with ancient rock formations, while beneath the surface, extensive networks of caves stretch for miles, many of them accessible for exploration. Millions of years in the making, the ceilings of these ethereal labyrinths are adorned with constellations of glow worms and for Theo, my 12-year-old travel companion, the heady combination of geology, adventure and bugs with glowing butts provided the ideal elements for a perfect weekend.

Millions of years in the making

Nearly 200 kilometres south of Auckland, the Waitomo caves were first explored in 1887 and named for the Māori words for water, wai, and shaft, tomo. Two years later, the first candlelit tours began, although back in 1889 it took visitors close to nine hours to complete the experience. Today, the introductory tour takes a mere 45 minutes and starts with a short walk down well-crafted paths and staircases.

Informative guides explain how New Zealand was once submerged beneath a shallow sea, and how the limestone caves were ever so slowly carved out of marine material that was crushed and compacted over millennia.

With each layer representing 2,000–6,000 years of geological graft, the caves were formed over 35 million years. Before there was a gift shop, early explorers would snap off stalactites and stalagmites as souvenirs, which is heartbreaking considering each cubic centimetre takes over 100 years to grow. And do think twice if you’re tempted to vandalise today, because if you’re caught interfering with the caves, it’ll set you back $10,000. Best to save your pocket money for snow globes and fridge magnets.

The highlight of the caves, literally and figuratively, has to be the glow worms. Known to Māori as titiwai, or by their Latin name Arachnocampa luminosa, these pretty creatures are actually maggots and, we’re told, it’s their poo that gives off the light. To properly appreciate these lovely luminous gnats, the tour ended with a boat ride through a silent bejewelled cavern, like gazing to the heavens, or flying into a major city at night. This network of lights is one of the most beautiful things we’d ever seen.

Emerging into daylight, Theo commented: “Whoever came up with the concept of turning illuminated faeces into a tourist attraction … that was a seriously bright idea.”

But the 45-minute tour only left us hungry for more, so we signed up for the two-hour Ruakuri Cave Tour, New Zealand’s longest guided underground walking tour, which is accessible for wheelchairs and pushchairs, too. At the cave’s entrance, we were led down an illuminated spiral staircase, a feat of engineering that gave the impression of descending inside a nautilus shell. As our guide shared fascinating speleological facts, disembodied voices from far-off tours floated by on the cool cave air.

Still wanting more, the following morning we booked ourselves in for the pièce de résistance: the famous Black Labyrinth Tour. But before getting suited and booted, we popped into the Waitomo Caves Museum at the Information Centre.

Touted as the only caving museum in the Southern Hemisphere, it contextualised the magical realms we’d been exploring and was pitched perfectly for a 12-year-old. A great mini movie explained how glow worms use their light as bait, and the sticky thread that dangles beneath as the snare. Glow worms might be pretty, but their culinary habits leave a little to be desired because, once they’ve caught their dinner, they suffocate their prey with slime before eating it alive. Bon appétit? I think not.

Arriving at the bush-clad Black Labyrinth base, we were sized up for wetsuits and boots, then driven to the start of the Ruakuri Cave. A trio of young guides took us to a river the colour of strong tea – milk, no sugar – and taught us how to wrap our rubber tubes around our rear ends, then leap backwards into the stream. Just like falling into a sofa, they said. Yes, we agreed, gasping from the water; it was just like falling into a sofa, if sofas are icy cold and soaking wet. But happily, our initial dip was also invigorating and exhilarating.

To the mouth of the cave, we squelched, entering through a mossy doorway of rocks. Recent rain meant water levels were high, and merrily we floated along with glow worms lighting the way. Rafting up in our rubber-suited, white-booted human chain, down the river we rode, sometimes at speed, sometimes serenely; it was like drifting through a dream. And while it was chilly, it was never unpleasant, and the comforting prospect of hot showers and soup and bagels at the tour’s end was a happy thought to hold on to, because we knew we’d be warm and dry soon enough. Three hours? It felt more like five minutes, proof that time really flies when you’re having fun. The Waitomo Caves really do ‘rock’.

With so many fabulous trails to enjoy around Waitomo, be sure to make time for some two-footed fun above ground.

Marokopa Waterfalls Walk
Just 15 minutes each way (600 metres return), these thundering falls are over 30 metres high and their power is astonishing. Highly recommended.

Ruakuri Walk
A one-kilometre loop through native bush, this trail takes about 30 minutes to complete. Take a torch and do it at night and you’ll see glow worms all along the banks.

Waitomo is located in the west of the central North Island and can be reached in just under three hours from Auckland, or around two hours from Rotorua.

Planning a holiday to New Zealand? You can read our complete family-friendly travel guide to here. 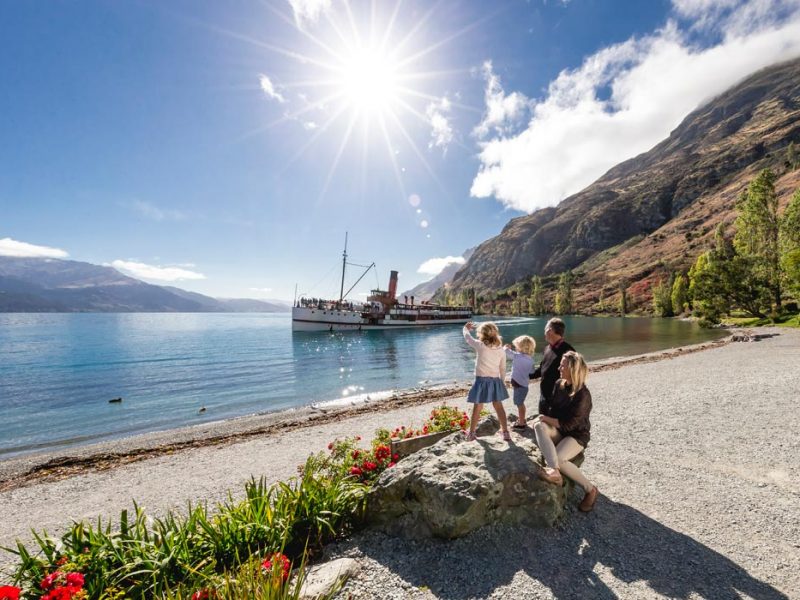 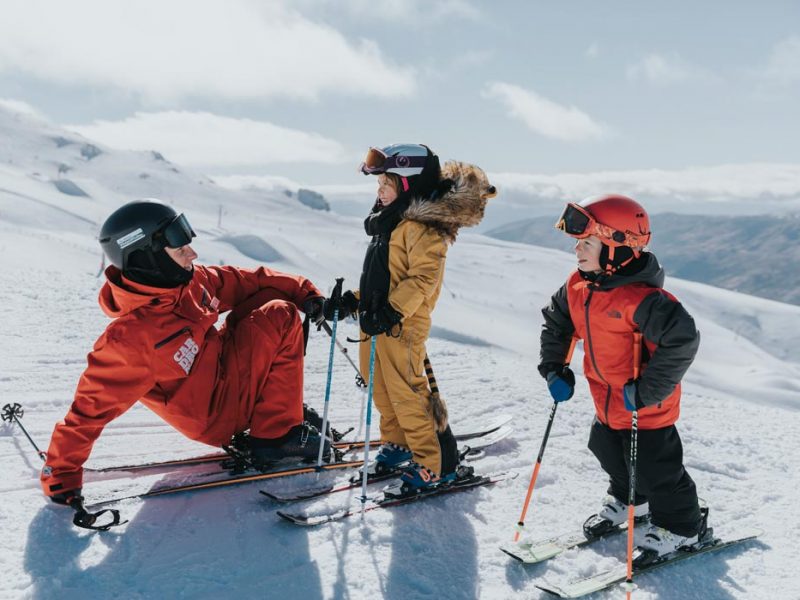