Up close and personal with the orcas of Bremer Bay

Up close and personal with the orcas of Bremer Bay

Tina-Louise Jackson and family board a boat in Western Australia to spot the majestic orca in the wild.

Tina-Louise Jackson and family board a boat in Western Australia to spot the majestic orca in the wild.

It’s 7.30am on a Sunday morning, the first Sunday of the new decade, and we’re standing by a small harbour in the very south of Western Australia with clear blue sky above us and crystal-clear waters lapping below us. Sleeping in is usually de rigeur on holidays with the Jackson clan, however, today is one massive exception to the rule: we are about to board a boat to see orcas in the wild with our own eyes at Bremer Bay, the only place in the Southern Hemisphere where you can do so. What a way to start the year.

I’m joined not only by my own family, but also my daughter Luka’s grandparents, recently flown in from the United Kingdom. We’re greeted by the team of Whale Watch Western Australia on the shore, where we enjoy a glass of orange juice before boarding the luxury ocean cruiser that will take us out to sea. Bremer Bay is a playground for orca and other marine life between January and late April, when the black and white whales arrive to feast on giant & colossal squid. Fun facts that I learned on the trip: orcas are actually the largest member of the dolphin family and can reach speeds of up to 30 kilometres per hour!

Our vessel is both sturdy and modern, and the friendly team – looking smart in their concierge-esque uniforms – make us feel like we are being welcomed onto a luxury yacht, rather than a whale watching tour. Even Alby, the boat’s resident English staffy, wears the epaulets that tell us we’re in the hands of professionals on this trip. It’s also a family business, and all the members are on board to spend the day with us. As the day progresses, it’s clear that these guys are not only experts, but super passionate about these whales.

After a safety briefing, we’re soon heading out of the harbour towards the Bremer Canyon, where the orcas gather. The journey takes about an hour and was a little bumpy at times, so those prone to sea sickness should keep that in mind. On the way out we spot sunfish – one of the heaviest known bony fish in the ocean, weighing up to 1000 kilograms – while an albatross soars gracefully above.

We soon arrive at the canyon and are encouraged to look for larger groups of shearwater swooping close to the surface of the water and an ‘oil slick’ – a clear sign that there is orca activity below. Our eyes are glued to the water in all directions and it’s not long before we spot some activity. The boat reroutes and the day’s drama begins to unfold.

“Wave to them,” urges team member Gemma, as the orcas surge, breach, tail slap and hunt all around us. Luka waves, however, perhaps not quite as enthusiastically as grandad, who nearly becomes a man overboard as he leans out to greet a passing orca as it torpedoes under the surface alongside the boat.

The Whale Watch Western Australia team are not commentators, they are storytellers. Gemma knows each member of the pod we have joined by name and expertly recounts what is happening all around us, which is both educational and entertaining. B-Slice, the head of this family, leads the hunt, and the orcas share their catch of the colossal squid among the pod, which reach lengths of up to 10 to 13 metres long. Even the cheeky birds get a look in as they swoop in to grab a piece of the action. The drama increases tenfold, as a second pod joins the hunt. – Jandamarra and his family are clearly not welcomed by B-Slice and his pod, and they’re soon seen off.

It’s an honour to spend this time with these majestic creatures of the sea and several hours pass quickly as we watch and learn about their behaviour up close. Food on board is plentiful – hot sausage rolls and mini pies being Luka’s favourites until, of course, the lollies come out.

We could watch the orcas for much longer, but the time has come to head back.  For us grown-ups, it’s time for a glass of bubbles to celebrate our successful day. For Luka, it’s time for a quick nap on the comfy beanbags on the lower aft deck. Even the journey back to shore is action packed: a group of common dolphins race alongside us and we stop in to watch some sea lions lazing in the sun on a rocky island just off shore.

We arrive back at the harbour, and our day with the orcas is almost over.  Jade has been taking photos of the action all day, photos that are downloadable free of charge via the Whale Watch Western Australia’s website (it’s so refreshing not to be sold photos of your day; everything is all-inclusive on this trip).

This is a family business and from beginning to end you can feel the passion Leanne, Gemma, Jade and their team have for the whales and what they do. This is their third year at the Bremer Bay, and you can go whale watching year-round with them along the coast of Western Australia: from March to May you can spot the blue whales from Perth, from May to August the humpbacks and southern rights from Augusta, and from September to December the humpbacks from Perth, Bremer Bay and Augusta.

Some trips are memorable, some unforgettable. This trip is both, and one that all the family will enjoy. For us, this is the beginning of an 11-day trip exploring the South West of Australia, and it’s going to be hard to top.

12 family-friendly things to do on the Fraser Coast

What do humpback whales, warm waters and Mary Poppins have in common? They can all be found in... 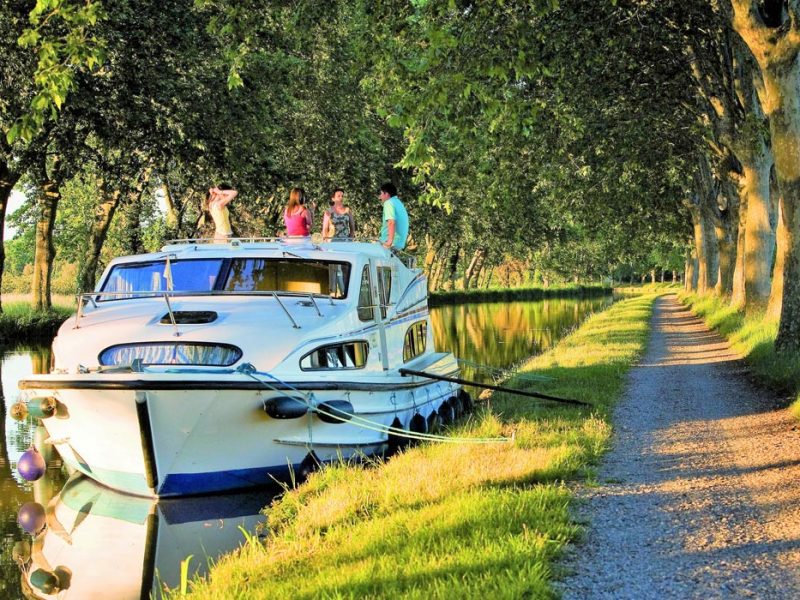 Outdoor Travel can help you choose the right destination and the right type of boat hire, inland...