Why Hong Kong is a foodie paradise

HomeDestinations Asia Why Hong Kong is a foodie paradise
Asia

Why Hong Kong is a foodie paradise

In Hong Kong people live to eat, not the other way around, which makes it the perfect place for your family to try new cuisines.

In Hong Kong people live to eat, not the other way around, which makes it the perfect place for your family to try new cuisines, writes Hilary Doling.

The little girl wields her chopsticks like a juggler, swooping in on pieces of fish with expert precision and there’s not a single piece of rice scattered on the table. I’m impressed (note to self: Could Do Better). Once upon a time, three-year-olds had trouble with just forks; now well-travelled kids are often familiar with an amazing variety of cuisines – and eating implements. Whether you’ve a junior gourmand in the making or a child who’s more phobic about holiday-eating (“Muuuuuuuuuuum, where’s McDonald’s?”), Hong Kong is the perfect place to introduce kids to a variety of exciting dishes.

We stayed at Four Seasons Hotel Hong Kong, which has some clever ways of making kids feel at home in its restaurants. For one thing, the kids’ menu folds up into a paper fortune-teller game and colouring books and crayons are also on offer to entertain the little ones. Poolside, the hotel scores huge brownie points for trays bearing fruit popsicles in multiple flavours. The pool itself is a huge plus in the urban sprawl of Hong Kong allowing families some chill-out time away from the crowds on a shaded daybed facing Victoria Harbour.

Lung King Heen is the hotel’s much-lauded Cantonese restaurant (the first Chinese restaurant in the world to receive three Michelin stars). It’s an upmarket experience that children can also enjoy. The multi-course lunches might be a little much for fidgety younger kids but the variety and the flavours will win them around. Even the marinated jellyfish will probably slip down a treat. The children’s menu is perfect for budding foodies, and I love the way it doesn’t expect kids to just stick to the boring basics, although staples such as fried rice and noodles will please less-refined palates.

In my experience, kids love a buffet, especially at breakfast and if they can get past the Coco Pops the hotel’s Blue Bar breakfast buffet has dim sum and noodles as well as eggs. Young children dine for free which is a great idea for parents sick of paying hotel prices for a breakfast children only nibble at.

If all those restaurant manners get too much (sit up straight, use your napkin) then the kids can get a little light relief with room service. The sweet and sour pork is a favourite but what kid doesn’t like a mac and cheese as a change from oriental delights? Another plus is that many of the hotel’s wide windows look out onto the harbour so your kids can watch the Symphony of Lights laser show while they eat.

Although we all love eating with our children (no, really) the hotel’s Caprice Bar is worth getting a sitter for. Wines and beer are paired with the most decadent cheese board I’ve ever seen. The Bar is adjacent to the Michelin-starred Caprice restaurant (which also welcomes children three and older – but don’t tell the kids that).

Outside the genteel confines of the hotel there are more wontons, noodles, Peking ducks, Gong Bao chickens and sweet and sour pork than you can poke a (chop)stick at. Not to be missed is Dim Sum at Tim Ho Wan’s, the world’s cheapest Michelin-star restaurant. No kid I know can resist the famous pork buns (the secret is a fried crispy sugar glaze). Although they might be less keen on the queuing, and you never go to Tim Ho Wan (branches in Sham Shui Po, HK Station, North Point) without having to queue. Once inside, paper menus where kids can ring their choices and a constant flow of plastic baskets and steamers bearing endless goodies will keep them happy, as will the buzz of excitement from every table. Note to mums: the wontons are made using fresh ingredients – they are not pre-steamed and reheated, but made to order. My son calls them ‘Chinese pillows’ because they are so light and fluffy. Incidentally, the ‘pillow-master’, Mak Pui Gor, was the former dumpling chef at Four Seasons.

Another Hong Kong institution is Mak’s Noodles. There seem to be a confusing number of relatives of the original Mak, but Mak’s on Wing Kut St, Sheung Wan is run by the original Mak’s son, and Mak’s on Wellington St is run by his son-in-law and grandson. Lei Garden in IFC Mall, which also has a Michelin star, claims to have developed XO sauce, the famous staple of Cantonese cuisine. Inside there are always families tucking into the crispy roasted pork, so it is worth a visit if only to take a bottle of XO sauce home.

Once your child is familiar with Chinese restaurant food, it’s time to head out on the streets to the little hole-in-the-wall eateries that Hong-Kongers love. We took a tour around Sham Shui Po with Hong Kong Foodie Tours which is a great way to brave the backstreets for the first time. Even if kids don’t want a taste, it is fascinating to see how they make bamboo juice in the traditional way or to watch them rolling out and cutting the noodles. New tastes and textures take time, so be patient; “It tastes like fairy vomit,” said my goddaughter when first faced with tofu pudding. Now it’s her favourite dessert.

Dai pai dong, or open-air street stalls, are also fun to visit as a family especially in the early evening. They serve mostly stir-fried food. Just make sure the food is fresh, piping hot and the vendor uses tongs. A visit out to Sai Kung in the New Territories is also fun; the seafood restaurants on the waterfront always have tanks full of fascinating creatures to look at, although once your child has communed with a potential pet, they may only want to eat rice.

If the kids are getting an afternoon slump, the quintessential Hong-Konger’s afternoon tea is a flaky egg tart or a pineapple bun and a HK-style milk tea which is so strong, sweet and milky you could stand your spoon up in it. Hong Kong food blogger Janice Leung recommends Honolulu in Wanchai which she says gets her vote for “the best egg tarts in HK”.

I also like Tai Cheong Bakery; its famous egg tarts have a sugar crust that kids will find hard to resist. There is a branch in the Mid-Levels neighbourhood near the Four Seasons hotel. In all my visits to Hong Kong I’ve only found one thing that the kids simply won’t eat: 100-year-old eggs. Why not? “Because the inside looks like an alien.” Fair enough. 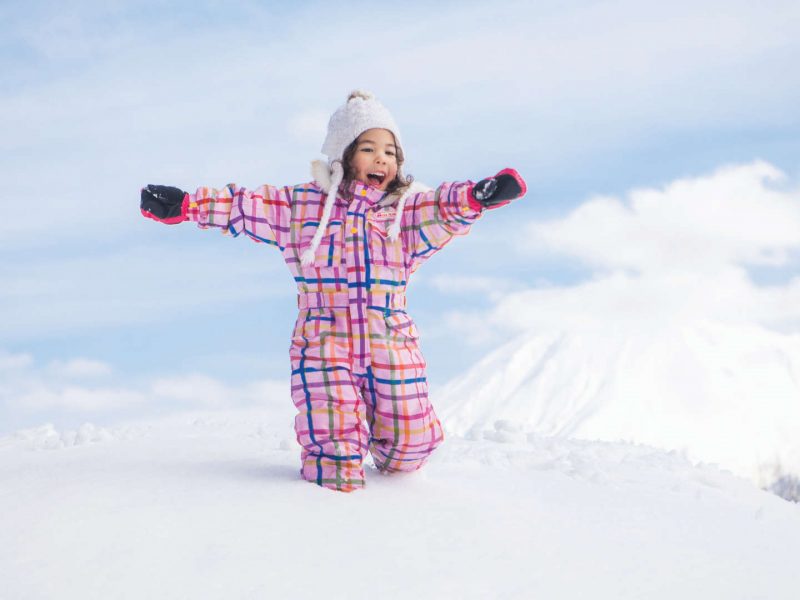 Handbook to Hokkaido: The best ski resorts for families 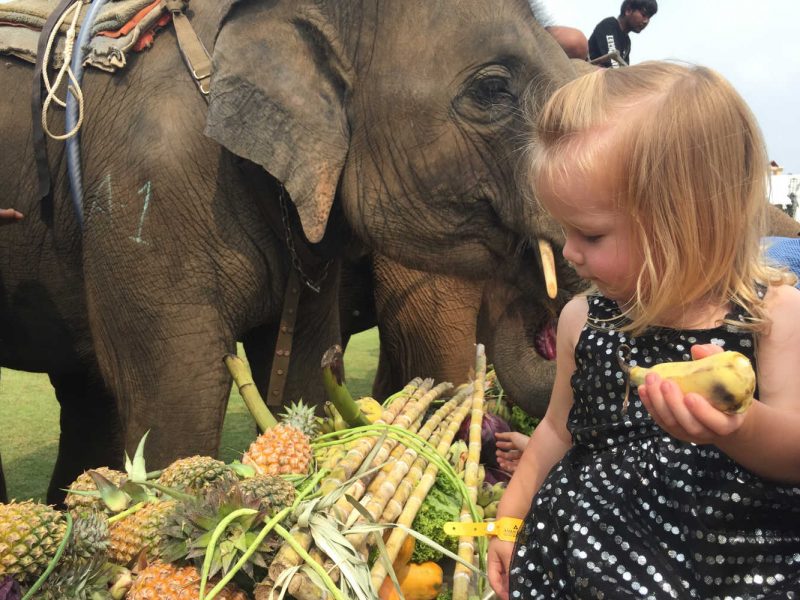 Travelling with a two-year-old to Thailand has its challenges, but provides a bonding experience...