I’m going first,” declares my eight-year old, Rafferty, as he bites into an enormous black tarantula. We watch, fascinated, before gingerly attempting the same feat, one crunchy leg at a time.

“Come on, Mum, they’re not bad,” he encourages as he devours a protein-packed platter of silkworms, giant waterbugs and grasshoppers. When I flinch at the texture of a silkworm, he laughs uproariously, admitting they’re “kinda gross”.

But the rest of our meal at Bugs Café, the first insect tapas restaurant in Cambodia and, probably, the world, is surprisingly palatable. The chef skilfully turns the local delicacies on their creepy crawly heads using gourmet techniques to serve up everything from feta and tarantula samosas to scorpion salad. It’s not for the faint-hearted, but it’s an eyeopening introduction to Siem Reap for Rafferty and his five-year old sister, Marlo.

Cambodia stole my heart 15 years ago and I’d promised to return when my kids were old enough to understand the country’s many layers and history. But my curious son, after watching ‘Tomb Raider’ a few times too many, fast-tracked our adventure.

We return from dinner through Siem Reap’s tangle of tuks-tuks, my plan to explore by air-conditioned vehicle tossed to the wind as they giggle their way through the city from their chariot, shouting “dtou dtrong” (go straight), even when we need to turn left or right.

In the morning, that tuk-tuk careers wildly through the darkness in an effort to beat the sunrise. The pre-dawn start proves worthwhile as the 1000-year-old Angkor Wat temple appears majestically from the morning mist to dropped jaws. Our hotel, Sofitel Angkor Phokeethra Golf & Spa Resort, has packed us breakfast, so while tourists return to their respective hotels, we nibble on pastries and explore the vast temple complex, which we have almost to ourselves.

We cross a causeway lined with Hindu deities and demons to Angkor Thom to marvel at The Bayon with its 200 giant stone faces, each smiling at us with Mona Lisa coyness. The kids declare their undying love for the labyrinthine temple as they play a game of ancient hide and seek.

Worried that temple fatigue will set in, we visit Angkor Zipline. Rafferty spots a gibbon as he gleefully flies through the course of ziplines, platforms and skybridges, but his mind is elsewhere: “Can we see more temples now, Mum?” he asks.

Wait, what? To my surprise, both kids are clamouring for more temples, so we head to Ta Prohm, best known for its starring role in ‘Tomb Raider’ and the muscular tree roots that wind throughout its crumbling walls. The most atmospheric of Angkor’s temples, it is also the most crowded, but this doesn’t concern my adventurers, Little Lara and, her brother “Larry” Croft, as they bound through the jungle-clad ruins, chasing butterflies and creating their own imaginary world of treasure-hunting heroics. While I could be sharing tales of Angkorian civilisation with them, I instead allow them to create their own magic moments in history.

We spend the afternoon relaxing Sofitel-style. One of Siem Reap’s most family-friendly resorts, it oozes French colonial elegance and is surrounded by lush gardens and lotus strewn lakes where the kids are invited to fish with traditional bamboo rods. Our sizable adjoining rooms are sublime, with high ceilings, elegant period furnishings and traditional artworks. However, the kids are most interested in the pool, a sprawling lagoon-style extravaganza that is the biggest in town. Rafferty lolls decorously in a hammock as he sips mocktails, while Marlo slips on the slide before kicking back in Villa des Enfants – a breezy wooden pavilion packed with toys.

Phnom Kulen is a place of ancient secrets and the birthplace of the ancient Khmer Empire. Of deep significance to Cambodians, it is home to the sacred River of a Thousand Lingas and the giant reclining Buddha of ancient monastery, Preah Ang Thom. There’s also a pretty waterfall flanked by ruins, where Rafferty and Marlo paddle happily as ribbons of orange-robed monks snake their way through the ankle-deep waters, stopping only for selfies with my curly-haired cuties.

The lure of another temple proves irresistible. The ridiculously pretty Banteay Srei boasts some of the most elaborate stone carvings in Cambodia and its rose-hued stone beckons warmly in the afternoon sun. Marlo adores the girliness of the temple’s dancing Apsaras, who she’s thrilled to see come alive later that night in a magical performance at our hotel.

I’d heard that an influx of tourists had “ruined” Siem Reap. Instead, I find it has lost none of its charm, but has shaken off its traumatic past to transform itself from a small, laidback town into a flourishing city.

That’s not to say that there aren’t sights that cause some confusion for my children, but we turn our experiences into positives by demonstrating that we can help our new friends in sustainable and practical ways. Rather than giving money to beggars, we make a donation to the Cambodian Children’s Trust, the kids adding their pocket money, and give blood at the Angkor Hospital for Children.

The result is my children leave Siem Reap eager to return, subtly changed and as determined as their mother to give a little something back to a place that has given them new perspective on their privileged lives. 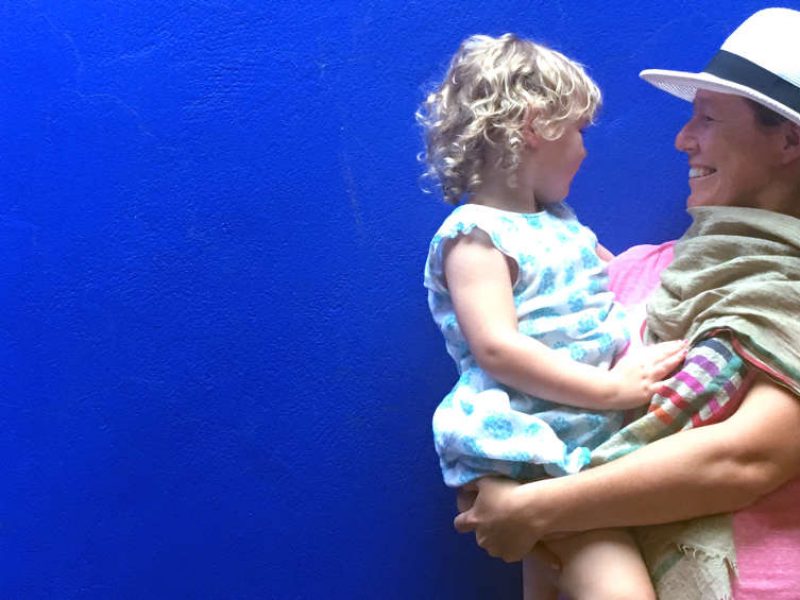 Exploring Morocco and motherhood with a toddler

Flip Byrnes explores both motherhood and Marrakesh on a mother-daughter adventure in Morocco.... 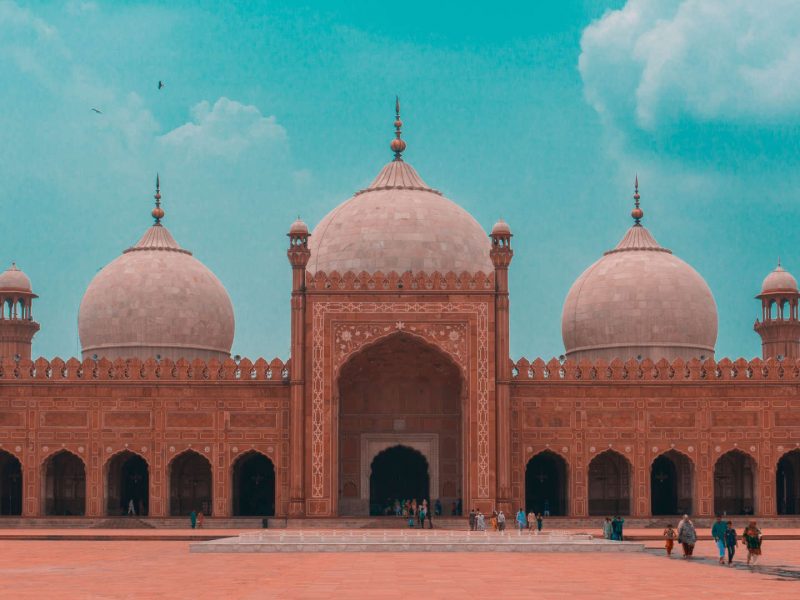 One family went to India and found that beyond the crowds and the culture shock was a place of...