Aleney de Winter discovers Dunedin may just be the coolest family destination in New Zealand’s South Island, and not only due to its famously frigid weather.

Aleney de Winter discovers Dunedin may just be the coolest family destination in New Zealand’s South Island, and not only due to its famously frigid weather.

When it comes to New Zealand’s South Island, I’m what you might call a tad impartial. And by impartial, I mean utterly biased. You see, although there is a lot of water surrounding us here on the Otago Peninsula, my blood-ties run just as deep. My ancestors have called the region home since the mid-1800s, around the time Dunedin was founded. But this is my children’s first visit to New Zealand and I’m excited to introduce them to the place that is responsible for a large slab of their DNA.

Speaking of DNA, we happen to have arrived in Dunedin right in time for the launch of the New Zealand International Science Festival. Dunedin is a pretty smart city, its population boasting more PhDs per capita than an episode of The Big Bang Theory. So I am hoping a little of the city’s genius will rub off on Raff (10) and Marlo (7) during this 10-day biennale of all things scientific, technological and environmental. And while they are inspired by the line-up of hands-on kids’ STEM workshops on genetics, robotics, virtual reality, medicine and astronomy, they are more interested in shooting marshmallows out of cannons, sending rockets whizzing and watching things explode and burst into flames. All in the name of science, of course.

Once an international whaling port, Dunedin was officially founded by the Free Church of Scotland in 1848, the city’s name derived from the Scottish Gaelic name for Edinburgh, Dùn Èideann. In 1861 gold was discovered, and the subsequent gold rush led to an influx of people from around the world, creating a city unlike anywhere else in New Zealand.

Dunedin’s history is brought to life in its kid-friendly museums. The brilliant Otago Museum is a favourite. The kids have their noses tickled by newly emerged butterflies in its living tropical butterfly forest, get lost in space in the extraordinary planetarium and go wild at interactive science exhibit, Tūhura. But the more traditional cultural and natural displays, including the morbidly fascinating Animal Attic, which takes us on a taxidermied tour of evolution, prove just as big a hit.

The Toitū Otago Settlers Museum is another fun spot for kids to learn about the complex social history of Dunedin. And the pretty neighbouring Chinese Garden proves to be a Zen gem, taking visitors on a tranquil journey through the history, culture and tradition of the city’s Chinese immigrants.

It is at the stunning Larnach Castle, located up a wild and windy road high on the ridge of the Otago Peninsula, where we truly travel back in time. New Zealand’s only castle, its enchanting garden, jaw-dropping views and suitably scandalous history have us all in a spin. While I’m caught up in the grandeur of the architecture and the stories of its past, the kids race up and down creaking stairs in a bid to solve a castle treasure hunt, my daughter pausing only to tame a couple of stone lions and bust out a few cartwheels across the manicured lawn. The treasure hunt ends in a sumptuous ballroom where a splendid afternoon tea of delicate sandwiches, petits fours and fluffy scones piled high with jam and cream awaits us.

Taking it to the streets

Dunedin packs a hefty creative punch for a small city. A UNESCO City of Literature, Dunedin is home to New Zealand’s oldest art gallery and a renowned collection of historic artworks. More recently, though, Dunedin’s creative community has transformed the city into one of the Southern Hemisphere’s finest galleries of street art.

The Dunedin Street Art Trail takes us off on a mission to uncover epic, multiple-storey artworks hidden down quiet alleyways and tiny masterpieces hidden behind nondescript doors. So entranced are the kids, they insist on hunting down every one of the 28 whimsical, whacky and wonderful creations that adorn the city walls.

Speaking of streets, Baldwin Street in Dunedin is the world’s steepest residential street, according to both the Guinness World Records and my burning thighs after the kids make me race them to the top. Seriously, if this thing were any steeper you’d need a harness and a grappling hook to get to the top! That, or a supersized mountain goat with a saddle.

Dunedin Railway’s historic Taieri Gorge route to Middlemarch has the kids convinced they’re en route to Hogwarts. Departing from the Dunedin Railway Station, a Renaissance Revival confection that brings to mind a gingerbread house, we rock-and-roll out of the city, heading inland along the rampaging Taieri River through Taieri Gorge. We clickety-clack through 10 dark tunnels, over stone bridges and soaring viaducts that would leave Harry himself in awe. It is easy to see why this rail journey, dating back to the gold rush, has been described as one of the world’s most extraordinary.

As the landscape changes and we pass through a mystically beautiful field of rock tors, it suddenly dawns on Raff that he has seen this place before. He’s had his movies mixed up the whole time; this is not Hogwarts, it’s Hobbit country.

When we arrive at Middlemarch, a tiny town of just 150 people, there’s a horse and cart waiting for us, co-piloted by a cuddly pooch named Spike. After collecting a delectable picnic lunch, we head to the nearby Sutton Salt Lake Scenic Reserve. But my wizard/Hobbit hybrids stop only for the occasional nibble, as they’re busy battling imaginary orcs in the long grass and casting wizardly spells from towering rock tors.

A drive up the Otago Peninsula proves that Dunedin has brains and beauty, my wild things enthralled by the ruggedly pretty coastline. But the main attraction for them is not the vista, but the peninsula’s many feathered inhabitants.

The Royal Albatross Centre at the foot of Taiaroa Head is the world’s only mainland albatross colony. When Raff spots the magnificent three-metre wingspans of the northern royal albatross, he’s ready to saddle one up. Instead, we wait until dusk for a dose Dunedin Report Card of adorable on a little blue penguin-viewing tour. Rugged up against the cold, we weave our way down the walkway to a viewing platform, and wait only 10 minutes before the first leaps from ocean and waddles tentatively up the beach into its little burrow.

It’s a wonderful end to an adventure that has left the kids both smarter and smitten. Dunedin and its people have wormed their wily, wonderful way into my little quarter-kiwis’ hearts and I’m happy to report they are heading back home as unapologetically biased as their mum.

This article originally appeared in vHolidays with Kids magazine. To subscribe to the latest issue, click here. 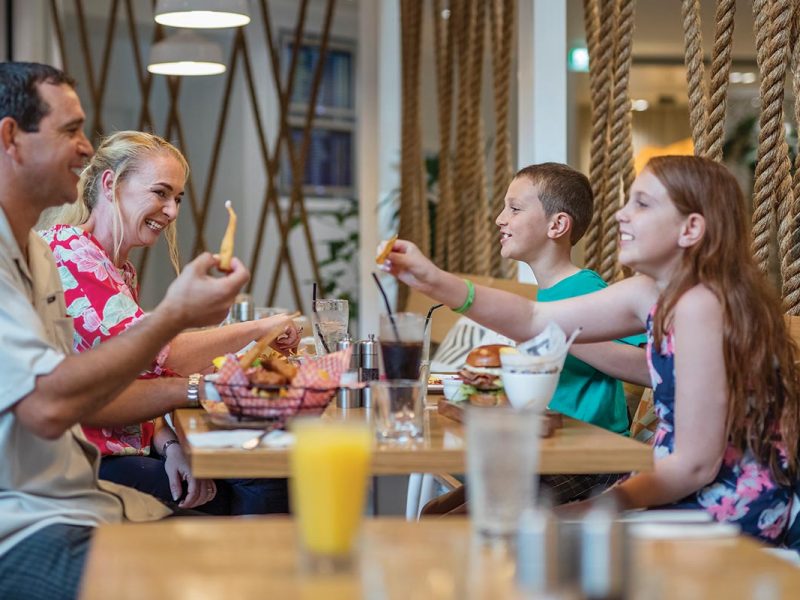 8 best airport hotels in Australia and New Zealand for families

There’s more to a good airport hotel than just being a place to rest your head; these hotels are... 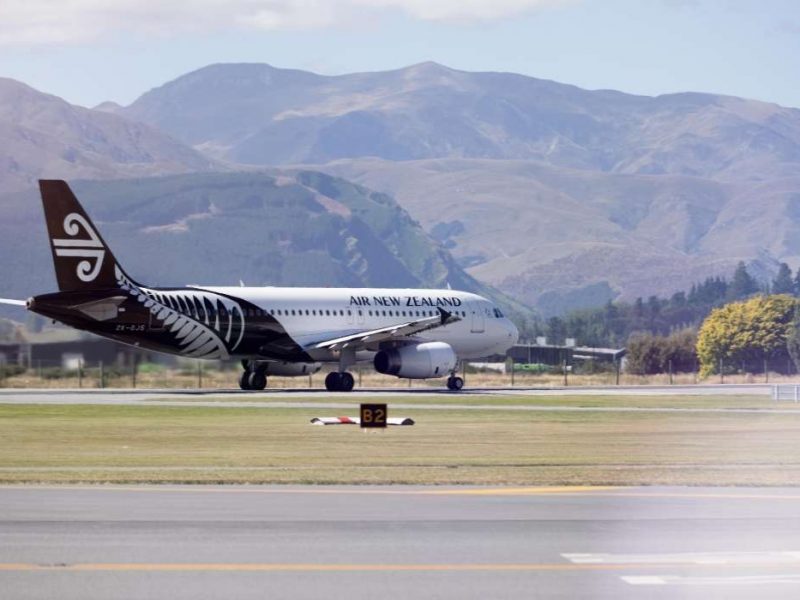 Only 40 minutes’ drive to Cardrona and Treble Cone ski areas.
i

An unparalleled position on the famous Mount Panorama racetrack.
i
SEE ALL
Back To Top