Entertaining kids in Paris at Disneyland, museums and gardens

Entertaining kids in Paris at Disneyland, museums and gardens

France’s inimitable capital city offers history dating back to the Romans, some of the world’s greatest museums, iconic landmarks and a richness of experience few other places can offer.

It’s every parent’s holiday-planning dilemma. Choose the road less travelled and introduce your kids to culture, museums and historic cities, or opt for the path of least resistance and book a holiday of theme parks and hotels brimming with kid-friendly amenities. Or choose Paris and have it both ways.

France’s inimitable capital city offers history dating back to the Romans, some of the world’s greatest museums, iconic landmarks and a richness of experience few other places can offer. But it also has a trick up its sleeve, in the form of Disneyland Paris, the entertainment mega-brand’s most beautiful park and, in terms of scale, its most accessible for young families. A trip that combines Paris and its cultural charms with the fantasy realm of Mickey and the gang strikes just the right balance, making for a magical holiday for kids and adults alike.

I asked my older sister if she wanted to join me and my daughter, Naomi, on our trip. Disney plus Eiffel Tower plus wine plus brie? Count her in. Going directly via the Disney Express shuttle from Charles de Gaulle airport to Disneyland Paris was more exciting for my sister and me than it was for Naomi, probably because we knew what was in store and she did not. But even though we adults — both Disney park veterans — had some idea what to expect, this Disney experience still managed to sweep us all off our feet.

For starters, the park is achingly pretty, with a French aesthetic and attention to small, beautiful details that make the fairytale atmosphere seem all the more real. Perhaps there’s an advantage to building castles and mockmedieval villages in a country full of castles and real medieval villages — the make-believe ambience is somehow more believable. Because we opted for a mid-week, off-season visit in early November, we saw the park with minimal crowds and wait times, even for the most popular rides.

Our character encounters were playful and unrushed — everyone from Donald Duck to Cinderella took the time to engage with Naomi and pose for photos. While theme park visits can so often be an endurance test of long lines, whiny kids and scrambling to see everything, Disneyland Paris and neighbouring Walt Disney Studios Park were remarkably easy and enormously satisfying.

When it was time to add some culture to our Parisian jaunt, we travelled into the city from Marne-la-Vallée – Chessy station, located just a few minutes’ walk from the parks. The 50-minute RER train ride dropped us near our hotel in the 1st arrondissement, from where nearly everything we wanted to see in Paris was within walking distance, or failing that, quickly reachable via Metro. Paris’ museums, monuments, parks and beautiful areas for strolling offer kids the perfect matrix of interesting things to see and room to run off pent-up steam, plus the cultural stimulus that we adults crave when we travel.

The Paris Convention and Visitors Bureau sells a variety of passes to make getting around the city and skipping museum wait times a breeze. We opted for the Paris Museum Pass, which covers admission to all major — and many minor — museums and historical sights.

Naomi had just turned seven, and while she’s a well-behaved and curious kid, I wasn’t sure she’d have the stamina to take on the massive art collection of the Louvre. We opted instead for the Musée d’Orsay, and its collection of Impressionist and post- Impressionist art, and it was a highlight of our trip. Ever the forward planner, my sister prepared a scavenger hunt notebook with a dozen or so photos of works from the museum. Naomi delighted in scouring the museum to find the items in her book, and made notes and drawings on other statues and paintings that stood out to her. Our three-plus hours in the museum was just the right amount of time for her to see artwork in a way that didn’t feel coerced and for us to have a ‘grown-up’ experience.

We had only a few days in Paris and made the decision to not eat up hours of time waiting in line to ascend the Eiffel Tower. But it wouldn’t have felt right to miss the city’s most celebrated icon altogether. A ride with Bateaux Mouches, the most famous of the many sightseeing cruises on the River Seine, provided a delightful introduction to the City of Light. And it was truly alight. We timed our hour-long cruise at dusk and witnessed Paris glow in a dreamy mix of the fading sun and the warm artificial light. The scale and grandeur of the Louvre, Les Invalides and Île de la Cité are even more impressive when viewed from the river. As we cruised past the Eiffel Tower’s nightly light display I wasn’t sure who was luckier — the people at the top of the tower or us, with the illuminated attraction reflected in the glowing Seine.

There are more than 400 public parks and gardens in Paris

Meaning you’re never far from a green space for kids to burn a little energy. Out hotel was near Tuileries Garden, once the private playground of Catherine de’ Medici, back when the Louvre was her royal palace. Today, the vast gardens offer a mix of manicured ‘don’t touch the grass’ areas, wide walkways where kids can tear around, a carousel, a pond with miniature sailboats and an adventure playground. Depending on the season, you may find pony rides, children’s performers and kids’ rides. For parents aching to spend quality time in the Louvre right next door, Tuileries is a great pre-game stop to tire out your toddlers so they can sleep their way through the museum. 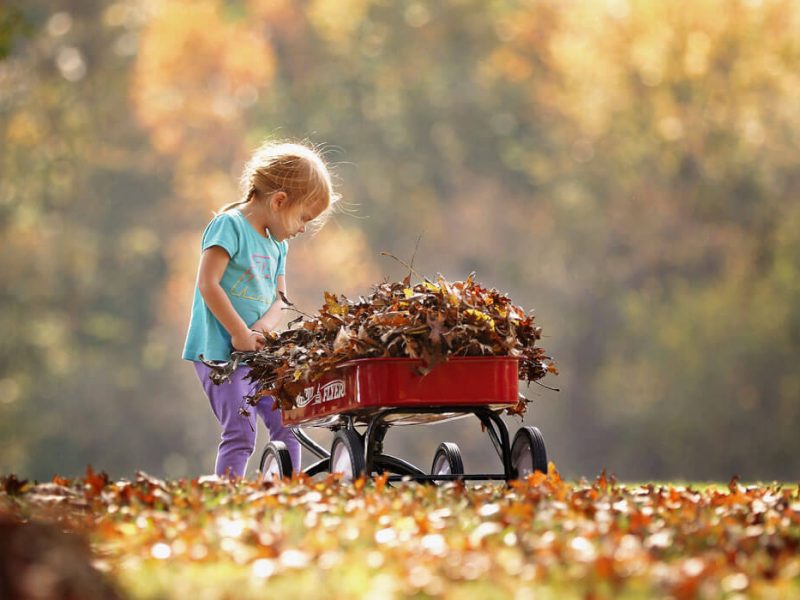 Get off the beaten track with these 4 unique holiday ideas

If you are looking for a holiday where there is no rushing around, plenty of time to enjoy the...