I watch as my son catches a wave on Hawaii’s most famous beach. It’s hard to keep track of him among the multitude of multi-coloured boards that skim the Waikiki waves. Apparently ancient Hawaiian royalty used to balance on boards here and so surfing was born.

I watch as my son catches a wave on Hawaii’s most famous beach. It’s hard to keep track of him among the multitude of multi-coloured boards that skim the Waikiki waves. Apparently ancient Hawaiian royalty used to balance on boards here and so surfing was born. My son doesn’t care about any of this of course. He’s just enjoying himself having a surf lesson and dreaming of braving the big waves at the legendary Pipeline on the island’s north shore. However, Hawaii is about so much more than just hanging ten, as we discover plane-hopping around the 50th US state’s idyllic islands.

Lanai they say is what Oahu was 30 years ago before the tower blocks and the tourism. Certainly it is a very peaceful place. Luxury-wise, Four Seasons has the island covered. We spend the first couple of days on the edge of the water at Four Seasons Manele Bay. Then change venues and head to Four Seasons Koele Lodge in the centre of the island.

It is paradise for all of us, Manele Bay; an 18-hole championship golf course for dad, a massage in an outdoor cabana listening to the sound of the ocean for mum, and Hulopoe Beach just a stroll down a winding path for the kids. Our son, Alex, is taught to paddleboard (a sport that originated in Hawaii) by a local surfing champion and we all go snuba diving, which is midway between snorkelling and scuba diving. Connected by a 10 metre airline to a moveable raft, we are securely attached yet free to follow the fluro-coloured fish beneath the ocean’s surface without a heavy tank on our backs.

As we leave the beach for our 20 minute transfer to Koele Lodge, it is like entering a different world. The centre of the tiny island has a cool climate with shady trees and cloud cover. The lodge is like a grand country house; surrounded by a golf course, croquet lawns and a tranquil lake it is the perfect place to sit on one of the porch rocking chairs or have traditional afternoon tea.

A highlight of Lanai is a visit to the Lanai Animal Rescue Centre (LARC). We drive down a bumpy track to commune with dozens of cats rescued by local resident, Kathy Carroll. They curl round our legs in a purring mass of ginger, black & white furriness. My son is enthralled when a shy little tabby finally jumps on his lap. Four Seasons can organise for children to help out at the sanctuary through one of the resort’s fantastic voluntourism programs.

Kathy’s husband, Mike, owns an art gallery in Lanai city. A misleading name since the island’s capital is more of a village with a few tiny streets around a central square and quaint colourfully painted weatherboard houses. Kids will love the pizza at the Pele’s Other Garden diner.

The island has only 40 kilometres of paved roads so it is great for 4WD adventures and we have great fun bouncing around in our tiny rented Jeep Wrangler. We find deserted beaches and visit the red landscape of the Garden of the Gods in the island’s centre, which looks like a mini version of the Australian outback.

The Hunger Games sequel is currently being filmed in Hawaii and so young Alex is thrilled to copy movie-heroine, Katniss Everdeen, and learn to shoot a bow and arrow at the Lanai Pine Sporting Clays adventure centre, which also organises horse riding and clay pigeon shooting.

Movie-makers love Hawaii, especially photogenic Kauai. Our helicopter swoops over the jagged green peaks along the Napali Coast, the chasms of Waimea Canyon and finally the very waterfall (Manawaiopuna Falls) that inspired Spielberg. “This is a real Jurassic lark,” says my son, making a pun on the title of the famous dinosaur movie. “I’m glad there is no T-Rex”. Although who knows what is in the thick curling jungle below us. Kauai is a stunningly beautiful island, from its wild emerald heart to its surf-happy shores. Everywhere hibiscus and bougainvillea spill over walls, long- boards lean against buildings and locals have a laid back, barefoot, back-to-nature charm that makes everyone welcome.

We love the vibe of Hanalei Bay on the north coast and our favourite breakfast joint, the Wake Up Cafe, has plastic tables and surf pictures all over the walls but we indulge ourselves and stay at the very palatial Princeville Resort Kauai just up the road. Our luxurious corner suite has unbelievable views over the bay and the peaks beyond and our personal butler knows all the best beaches and surf breaks.

Just along the road from the hotel is the much heralded Princeville Golf Course and beyond that Princeville Ranch adventure centre. Hopes of a quiet life shattered, poor dad is yanked off the golf course and clipped onto a zipline for a heart-in-mouth four-hour ‘Zip ‘n’ Dip’ adventure in the rain forest canopies. We experience nine different ziplines, each more adrenalin-pumping than the last. All lead up to the grand finale; climbing up an eight metre high tower to clip on to the King Kong tandem zipline where you can hold hands or race a partner across a 370-metre span. No prizes for guessing which option my son and his new-found friend took.

Maui has been voted ‘Best Island’ by readers of US Condé Nast Traveler for a straight 19 years and it is easy to see why. Families can search for shells on the beaches of Kaanapali or stroll the seaside streets of Lahaina. Inland the stunning Haleakala National Park makes an adventurous day out. The Wailea Beach Villas are perfect for luxury-loving families, with plenty of space and privacy, lush gardens and a beach front position on sandy Wailea beach.

Driving up to the salmon pink Royal Hawaiian Hotel in our Mustang sports convertible (seen all over Hawaii) is one of the best moments of our trip. No matter that our son has to be crammed in the back with half the luggage (Mustangs being big on grunt, rather than trunk space) or that my hair is a windswept mess. This is definitely the way to arrive at one of Oahu’s most historic hotels. The pink palace, as it is affectionately known, was one of the first hotels on Waikiki beach along with the Mona Surfer. Its blush-coloured loungers and sunshades, as well as the beachfront restaurant make it the perfect place for five star families, with instant access to that famous beach. Plus you have access to all the kids’ facilities at the Sheraton next door with none of the crowds.

There’s plenty of history here too, with a visit to Pearl Harbour and the chance to explore inside a submarine an educational must for kids.

Walk out of the main entrance of the Royal Hawaiian and you are instantly in the most glitzy shopping area of downtown Honolulu. We spend our time alternately swimming and shopping. What better combination could there be? The current strength of the Aussie dollar means that Hawaii’s famous bargains are even more of a bargain right now. So we all indulge in a few souvenir designer labels, although my husband failed to remember that Hawaiian shirts don’t travel well and I’ve had to hide a particularly lurid green number in the back of the wardrobe on our return home. 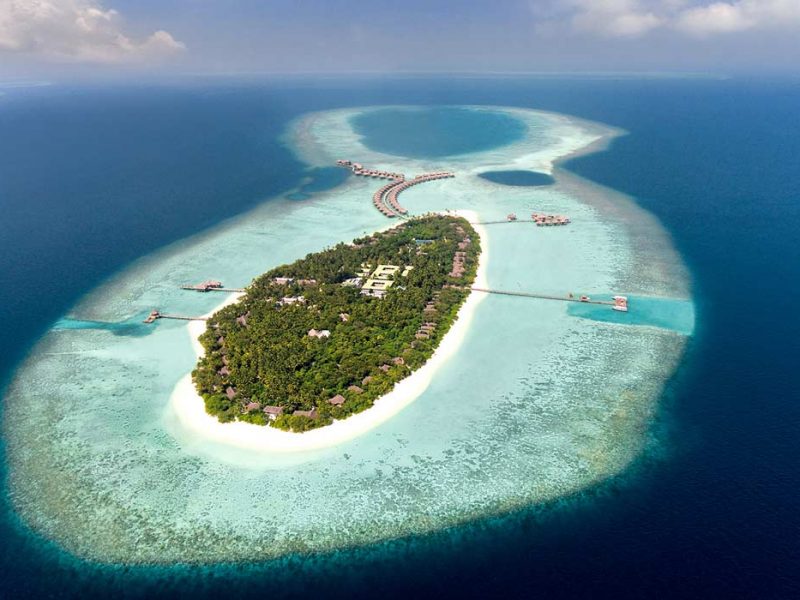 All ages will love getting a feel for island life at the family-friendly Vakkaru Maldives.... 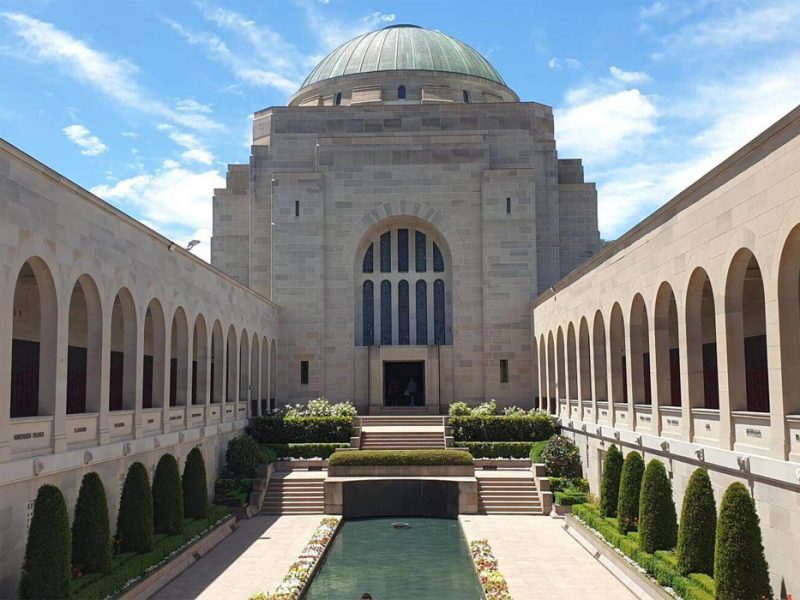 Planning to visit the War Memorial in Canberra? These are the COVID rules you need to know

Planning a trip to the Australian War Memorial in Canberra? Here's what you need to know to...