A luxe holiday on Norfolk Island

A luxe holiday on Norfolk Island

Emerald-green Norfolk Island is an undiscovered gem for families where time passes at a more leisurely pace, cows wander freely and kids can truly unplug.

As we drive down the lane from the airport, Daisy the cow strolls into the middle of the road, followed by Gertrude and Mabel. They look at us with big brown eyes and blink contentedly, but they don’t move. I’ve no idea what the cows are really called, but we name them because clearly they are ladies of substance and intend on taking their time, so we just have to wait. Finally, Daisy’s ample bottom disappears into a nearby hedge and we can move on … but not before a crazy cockerel with a death wish dashes across the road, tail feathers flying.

Clearly cows rule and kamikaze cockerels are all free range. The message is clear: drive slowly, enjoy the view and take time to smell the roses. This is Norfolk Island, a tiny dot of peace in the middle of the Pacific where the pace is leisurely and everything seems to hark back to a more idyllic age.

Once upon a time, Norfolk Island was where granny went on a coach tour. Not any more; Norfolk is a perfect island for families, and not just because of its animal menagerie. There is an amazing array of healthy, happy, outdoorsy pleasures for children to enjoy – this is how holidays used to be before theme parks and PlayStation took over.

There is no KFC or McDonald’s to tempt kids here; no fast-food restaurants, no chain stores, no traffic lights and only three roundabouts on the whole island. There is no public transport either, so hiring a car is a must because there is so much for families to see and do all over this pretty and underrated isle.

Driving up to Mount Pitt with its 360-degree views of the island, we get an idea of what is on offer. From our vantage point, we look down on shallow lagoons, sheltered snorkelling spots, hidden beaches ringed with sentry-like Norfolk pine trees, pristine forest and rolling hills.

Norfolk Island is also a living history lesson. The founding families of Norfolk are all descendants of the Pitcairn Islanders and the story of Captain Bligh, Fletcher Christian and The Bounty will have children enthralled. Most impressive is the Fletcher’s Mutiny Cyclorama, beautifully painted by a local artist, and the Norfolk Island Museum, dominated by a huge 1.7-metre anchor from the shipwreck of the HMS Sirius.

This is the only destination I’ve ever been to where it is worth having your children read the local phone book; since Christians and Adams abound, people are listed by their nicknames: Baldy, Barely, Bash, Cane Toad, Crowbar, Diesel, Devil, Pixie, Pooh, Snobbles, Snoop…the list goes on. Best of all, many of the islanders still speak in a Pitcairn/Norfolk Dialect which is a mix of everything from Tahitian to Creole with a little Scottish thrown in.

At the sunset fish fry at Puppy’s Point, the Pacific island connection also becomes clear when local children perform Tahitian-style dancing and invite your kids to learn, too. Joining in on local fun is part of the joy of Norfolk, so when the supply ships come in, everyone goes down to Kingston Pier to watch the cargo unloaded, and when local kids swim in the lagoon and jump off the pontoon at Emily Bay, yours will too.

Specific family tourist activities include a local maze for kids to find their way out of, free mini-golf and guided rainforest walks and cycling. The late Colleen McCullough was the uncrowned queen of Norfolk, and the writer’s home is now open for amazingly intimate tours organised by Baunti Tours (suitable for adults and teens only – there’s a lot of priceless crystal…).

An unexpected plus is that the island has two of the most magnificent toy shops you could ever hope to find (eat your heart out, Toys R Us). The outlet at Burnt Pine village is a treasure trove of boardgames piled to the ceiling, a teddy bear village and grottos of coloured lights. Strangely, Norfolk Island is known for its bargain-priced Lego and while savings aren’t quite as dramatic as they once were, you would still be hard-pushed to find such a variety on the mainland. There are boxes of the brightly coloured bricks in both toy shop outlets (in Burnt pine and out by the Botanic Garden.) Christmas presents for the kids? Sorted. Birthdays? Ticked off, too.

Where to find luxury comforts on Norfolk

Luxury-loving families should rent their own holiday house. Tintoela is a perfect luxury family retreat with a main homestead and two cottages on 1.6 hextares of emerald-green hilltop. Tintoela’s six-bedroom Hunky’s Homestead has balconies all around and window seats to sit and look out at the stunning views. Multi-generational clans or families holidaying together can book exclusive use of the island’s most luxurious resort, Tin Sheds (which otherwise doesn’t cater to families).

Parents will love the fact that the island is gaining a reputation as a foodie paradise with organic and local product everywhere; witness the plump scarlet tomatoes and the ripe peaches at the Saturday Growers Market. Worth savouring is the homemade cheeses from the Christian Brothers (go on a cheese tour for the chance to savour John Christian’s feta with olives and almonds, drizzled with honey.)

Even leaving Norfolk Island is trouble-free if you follow the locals’ tip of checking into the tiny airport early so that you can go for a last ice-cream in town just down the road while waiting for the plane. Try doing that at Sydney Kingsford Smith. 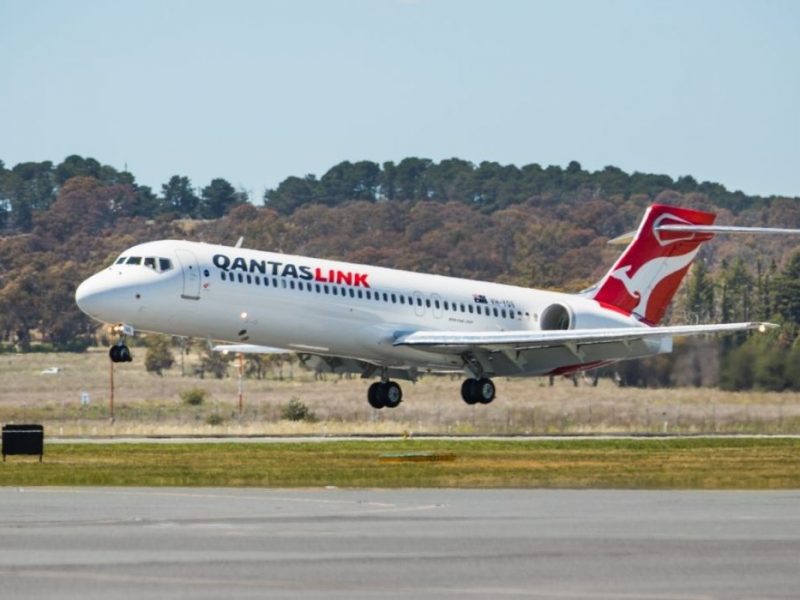 How to book your half price flights around Australia 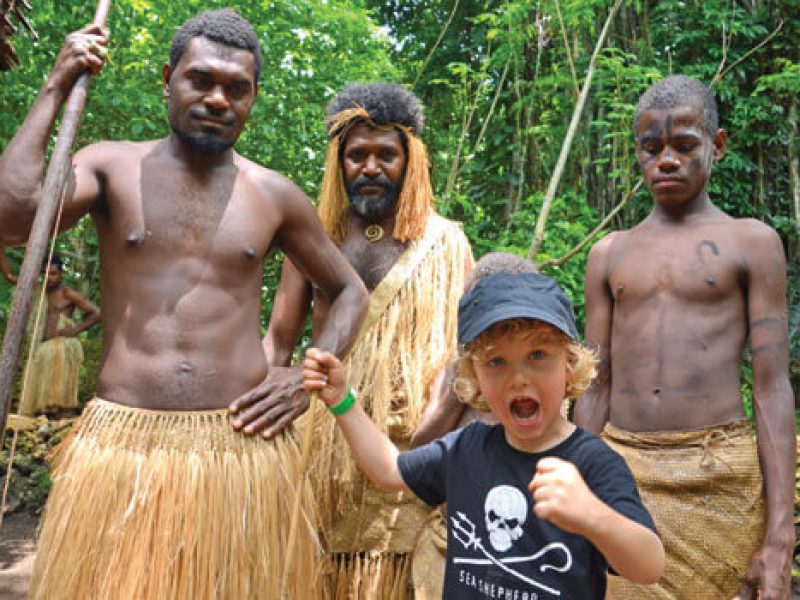 8 life lessons our kids have learned from travel