Advice for an environmentally responsible holiday

Advice for an environmentally responsible holiday

Travel offers parents an unparalleled opportunity to teach kids critical lessons about the fragility of ecosystems and the consequences climate change, pollution and waste have on them.

Travel can teach kids about the power of making a positive impact on the environment. Here’s 11 things to keep in mind for an environmentally responsible holiday

1. Switch off
Turn off the power at home and unplug appliances, except the fridge.

2. Travel like a local
Reduce your footprint by using public transport, exploring on foot or hiring a bicycle.

3. Give it back
Purchase carbon offsets when flying to help fund projects that help reduce greenhouse gas emissions.

4. Pack light
Heavy luggage affects the weight of an aircraft and requires more fuel to haul, so pack only what you need to reduce emissions.

5. Count green sheep
Choose only hotels with a strong commitment to recycling and sustainability.

7. Reuse and refill
Avoid single-use items and pack reusable water bottles. Just make sure the water is safe to drink if you are refilling from a tap.

8. The last straw
Plastic straws cause major environmental damage. If you must use one, BYO reusable or biodegradable paper straws.

9. Don’t bag a bargain
Take a reusable shopping bag for souvenirs, because your holiday memories don’t need to last the 1,000 years it takes for a plastic bag to biodegrade.

10. Love a local
Shop at markets for locally sourced produce and ensure your souvenirs are made where they are bought to reduce carbon and support the local community.

11. Leave without a trace
Leave the destination as you found it. Don’t damage flora or remove shells or rocks, and take your rubbish with you..

Aleney de Winter explores how travel offers parents an unparalleled opportunity to teach kids critical lessons about the fragility of ecosystems and the damaging consequences climate change, pollution and waste have on them

I believe we have a responsibility to teach our kids lessons that will help them grow into eco-conscious adults. And what better way to teach them the importance of treading lightly on our planet than by learning from its people and experiencing first-hand the beauty of our natural world? Travel offers parents an unparalleled opportunity to teach kids critical lessons about the fragility of ecosystems and the damaging consequences climate change, pollution and waste have on them.

But here’s the catch: travel isn’t all that environmentally friendly. The 2018 Emissions Gap Report by UN Environment shows global emissions have hit a historic high and sadly, aviation is responsible for about two per cent of global carbon emissions. That, combined with people checking their environmental responsibilities with their luggage at the airport, is a recipe for disaster. But it doesn’t have to be that way.

Choosing travel partners committed to environmental protection is the first step. No matter whether you travel by cycle, road, rail or air, purchasing carbon offsets can help make amends for your impact. If you are flying, support airlines that offer carbon offset programs as your small, but vital, investment will be spent on reforestation and research into renewable energy.

While it is up to us all to conserve energy by switching off hotel lights and air con when we’re not using them, limiting water waste, reusing linen and avoiding disposable amenities, hotels also have to play a part.

As part of its commitment, The Intrepid Foundation has been set up to empower travellers to have a positive impact on the communities they visit, improving livelihoods through sustainable experiences.

“We believe if we can teach children from a young age about the environment and responsible travel, they will continue to travel in such a way throughout adulthood. Children are learning about the environment in school, so we hope travelling on our trips is an extension to that learning,” McKie says.

At the 2018 Global Eco Tourism Conference, Intrepid Travel’s Darrell Wade suggested that “eco-tourism needs to become tourism” if there is to be a future.

This absolutely applies to marine tourism. Snorkellers and divers want to see pristine marine environments and an abundance of life, and they want an intimate experience. Deborah Dickson-Smith of Diveplanit Travel, a dive travel agency promoting only dive resorts and dive liveaboards that operate sustainably, believes it’s up to responsible marine tourism operators to act as guardians of their patch.

“This means educating guests about responsible behaviour, responsibly managing guest numbers to prevent overtourism and ensuring the local community is supported and embraced as part of the marine conservation program,” she says.

Overtourism has already caused irreparable damage to coastal areas and coral reefs, but Deborah sees this being addressed more and more. “The Thailand Government recently closed several islands indefinitely, introduced stricter fisheries management and a permit system for popular dive sites off the Similan and Surin Islands. Divers are flocking back as the difference can be seen in less than a year of new measures being put in place.”

Small Pacific Island nations are also leading the way. Years ago, the tiny island-nation of Palau established the world’s first shark reserve. Eighty per cent of its waters now have full protection as a no-take zone marine reserve; sunscreen is banned; and tourists must sign and agree to a “Palau Pledge” to the environment before they enter the country. Vanuatu and the Solomon Islands’ Western Provinces are also shining brightly as environmental heroes, having banned plastic bags, straws and styrofoam containers.

But it is also up to visitors to do their bit. Deborah believes kids are future ocean guardians, and simple steps families can take like learning how to snorkel horizontally and control buoyancy, avoiding singleuse plastics, using rashies instead of sunscreen that can leach into the ocean and damage coral, as well as contributing to local conservation projects can help keep marine environments safe.

On the upside, tourism generates jobs, stimulates economies and assists in the development of infrastructure; but it can also lead to increased pollution and pressure on endangered species through habitat loss. While we are all part of the problem, the health of our natural world can best be aided through educating our children to do a better job than we have at minimising our environmental impact.

“The natural environments we travel to are fragile and abundant with precious culture and traditions that are so often reliant on endangered species. “We have a responsibility as visitors to minimise the impact of our presence, protect what is delicate and, where and when we can, leave a positive influence,” says Donna Lawrence, World Expeditions’ Responsible Travel Manager.

Leaving minimal impact in places visited has been at the heart of World Expeditions’ travel philosophy since it began. Donna explains that from selecting campsites and ensuring a ‘Leave No Trace’ policy, to removing litter through its 10 Pieces litter collection initiative, World Expeditions is committed to sustainable travel.

World Expeditions believes in teaching young people about the role they can play in making the world a better place. “Collecting 10 pieces of litter along a wilderness trail or on a beach teaches children that they, too, can make a difference to the global issue of plastic pollution, and that our individual efforts can collectively result in big change,” Donna says. 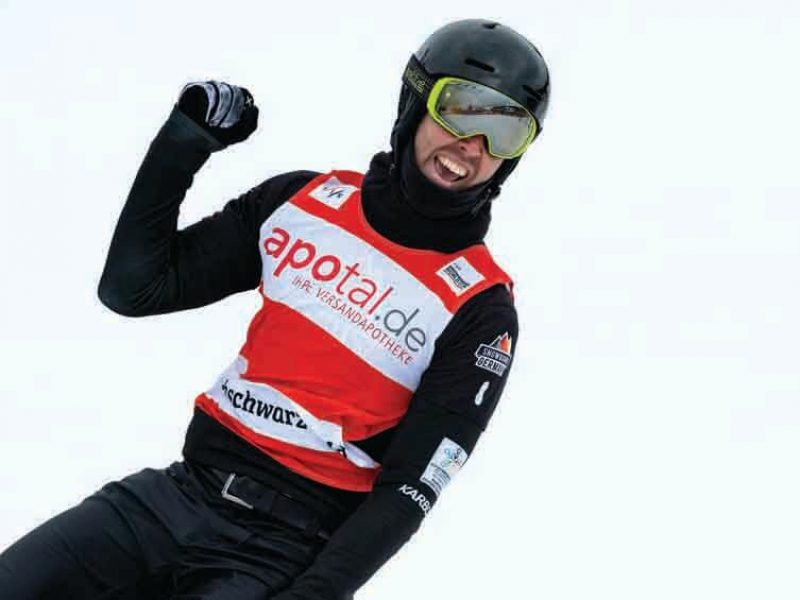 Cam Bolton is a two-time Olympian and recently won the final World Cup event of the season....