The best of Singapore for kids

HomeDestinations Asia Singapore The best of Singapore for kids
Singapore

The best of Singapore for kids

Once upon a time regarded as a safe stopover destination for Australian travellers, Singapore – with its dozens of diverting kid-friendly attractions – is now drawing holidaying families in by the planeload. And it’s easy to see why. Singapore is a clean, green and safe city that is easier and more affordable to get to than it’s ever been.

It’s the range of activities and attractions that make the ‘City in a Garden’ truly irresistible. If the dynamic food culture, incredible shopping, expansive parks and iconic architecture aren’t enough to keep our kids, seven-year-old Rafferty and four-year-old Marlo, and ourselves happy, Singapore’s state-of-the-art attractions have us grinning from ear to ear.

The Gardens By The Bay is a winner with the kids, the dazzling urban oasis of gardens and steel SuperTrees lighting up the night in an epic display of music and colour that simply blows our minds. The Children’s Garden is especially delightful, featuring a water park (with a toddler’s play zone and Fish Fountain), interactive playgrounds and educational programs. If you’re looking for a side of culture with your play, the National Gallery Singapore boasts the world’s largest public display of modern Southeast Asian art and keeps it entertaining for the kids with an interactive family program.

Singapore Zoo is one of the best in the world, walking the line between wildlife and just plain wild! Exhibits include the Fragile Forest, home to free-range lemurs and an apathetic sloth, the Frozen Tundra polar bear habitat and opportunities to breakfast with the orang-utans. However it is the River Safari that, if you’ll pardon the pun, floats our kids’ boats, in part due to Kai Kai and Jia Jia, the two black and white beauties we spy dining on bamboo in the Giant Panda Forest.

An island of fun

Across the water, Sentosa Island proves to be the ultimate holiday playground for our kids. Known locally as The State of Fun, you can spend days here and not squeeze it all in. From the Singapore Cable Car we enjoy a bird’s eye view across the city, the futuristic skyline glittering in the harbour.

The kids rampage around the epic splash pad at the The Port of Lost Wonder; they flutter through the Butterfly Park and Insect Kingdom; get up close with 100,000 marine animals at S.E.A Aquarium; and high-tail it down the part go-kart, part toboggan Skyline Luge. We all brave the ropes at the Megazip Adventure Park, Raff even taking on the heart-stopping 75-metre high, 450-metre long, 60-kilometres per hour MegaZip, a feat of bravery not repeated by his mother.

Instead, a sugar-fuelled Marlo and I get the rubber burning on the pre-school proportioned shopping trolley we race around the sugar filled aisles of Candylicious, undoubtedly the biggest sweet store I’ve ever seen!

Part of the Resorts World Sentosa Complex, Universal Studios may be smaller than some theme parks, but its seven zones provide a chock-a-block day of fun. We step back in time in Ancient Egypt, meet friendly (and not so friendly) dinosaurs in the Jurassic Park inspired Lost World, live the fairy tale life in Far Far Away and get intergalactic at Sci-Fi City, which is by far geek-in-training Raff’s favourite zone.

While Sentosa Island proves to be an endless playground for our kids, the Sofitel Singapore Sentosa Resort & Spa proves equally enticing for their luxe-loving parents. Nestled on a clifftop above Tanjong Beach, the resort is an exercise in out of this world opulence, with existing colonial buildings and lush landscapes perfectly paired with contemporary art and design. Our Prestige Family Suite is luxuriously massive; with a spacious master bedroom, an enormous LCD TV, a family-sized dining area and a bathroom with a big bath and a shower built for four! At least that’s what the kids seem to think as they pile in one after the other.

This is the kind of resort one is loathe to tear themselves away from, even the kids are enchanted with their surrounds. My daughter – when not strutting her stuff by the midnight black pool – befriends the resident posse of peacocks. One of who joins us for lunch in the landscaped gardens of Kwee Zeen, overlooking the South China Sea. While Marlo and her new BFF continue their feathery flirtation, the rest of us flirt with the resort’s indulgent buffet and its delectable international offerings. The selection of spicy Indian curries is so good we all head back for seconds. As for the hotel’s enormous chocolate fountain… well, you could say the kids are fans.

Time for the tranquil

A kids’ club means time for a massage – or two – for mum at the tranquil So Spa. We also take advantage of MyResorts, an extension of the free Le Club AccorHotels loyalty program, which offers members exclusive benefits designed to ensure loyal guests enjoy their destination in absolute style and comfort. The service extends itself to tiny travellers with MyKids, which features surprise welcome gifts, kid’s menus, free Kids’ Club access and in-room family movies.

Speaking of service, it is in this department that the Sofitel Singapore Sentosa Resort & Spa goes way above and beyond, our welcome so warm that we feel like family instead of guests. So much so, that we decide to extend our stay. 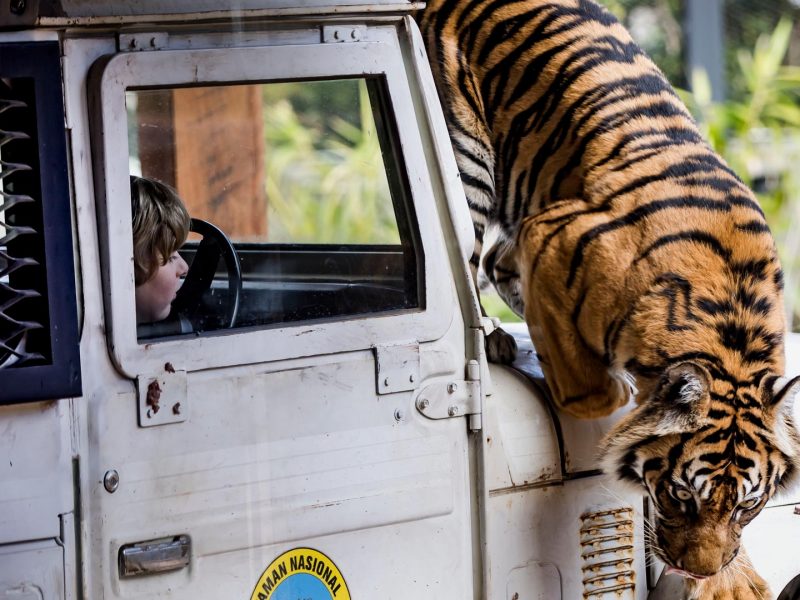 With sustainable tourism on the rise, Amber Jacobs uncovers the zoos devoted to the conservation... 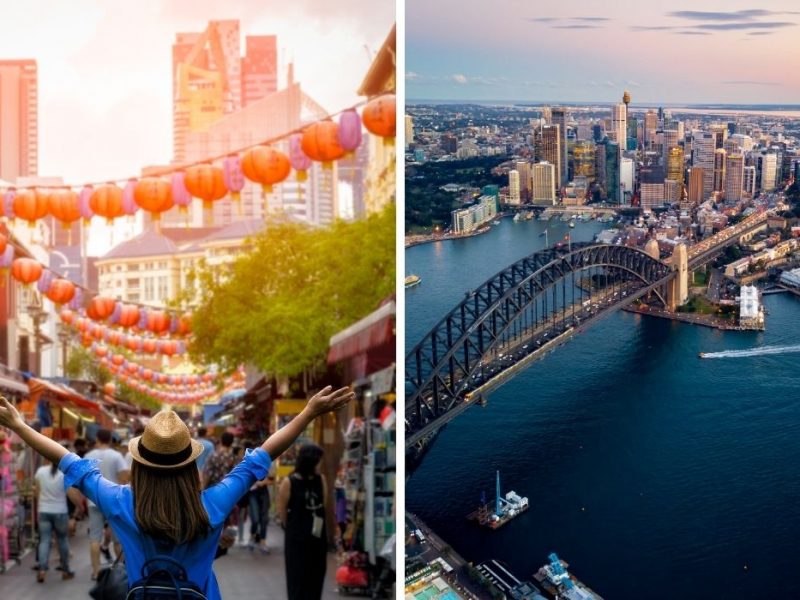 What you need to know about the Singapore travel bubble

Australia's tourism minister plans to travel to Singapore to discuss a travel bubble with...