29 reasons to take your kids to Japan

HomeIdeas Attractions 29 reasons to take your kids to Japan
Attractions

29 reasons to take your kids to Japan

An incredible melting pot of old world and new, Japan is brimming with exciting activities for the family.

An incredible melting pot of old world and new, Japan is brimming with exciting activities for the family.

Just a five-minute walk from Ueno Station, this museum is filled with floor upon floor of thrilling exhibits kids will love, including a 360-degree theatre and a section for Japan’s scientific progress since the Edo period. There are even regular nights for Astronomical Observation, which are free for kids to attend.

Discover the city in miniature as LEGOLAND® recreates all of Tokyo’s top attractions with LEGO® in its own MINILAND®. This amazing attraction is a world made for kids, literally; everything inside is kid-sized. There’s also a 4D cinema, three different rides and 10 build-and-play zones.

This museum, dedicated to the studio that brought you classics such as My Neighbor Totoro and Spirited Away, will thrill anime lovers. The museum is a portal to a storybook world in which kids and adults alike are invited to experience the museum as a character themselves, with exhibits like a Catbus adventure and the Saturn Theatre, which screens an original short feature that can’t be seen anywhere else.

See the city from above at Tokyo Tower’s Observation Deck. Having recently reopened following a two-year refurbishment, the deck is designed to simulate a sensation of floating and offers sweeping views of the city some 250 metres above sea level. Geometric mirrors, LED lighting and a glass-panelled lift truly bring the futuristic vibe of the city to life for kids.

KidZania is as educational as it is fun, inviting kids to role play adult life in a miniature city where they can learn about society. Most of the jobs and activities encourage kids to create something new, from fashion shows to pizza, and there are activities held in English each day. KidZania offers a designated Toddler Area and kids under two enter for free.

Kamakura is a great destination for the culturehunting family, conveniently close to Tokyo. Its greatest draw is its network of hiking trails, hidden in the forested hills above the city, which offer a scenic and invigorating way to walk between some of the city’s famous temples and shrines. The easy trails are suitable for all but the smallest of children, and are best experienced in the beautiful climates of spring or autumn.

Tōdai-ji Temple is big in every way; its wooden structures were, for a long time, the largest in the world, and it is home to one of Japan’s largest bronze statues of Buddha, measuring 15 metres tall. Founded in 728, the temple is one of Japan’s most historically significant temples, its grounds also home to a museum. At the adjacent Nara Park, children can feed resident deer.

This museum is one of particular significance, commemorating the bomb that devastated Hiroshima in 1945. It offers learning opportunities just for littlies; at the Kids Peace Station, they learn the vital importance of maintaining peace.

You might recognise this destination for its famous torii gate and shrine, which appear to be floating above the water at high tide on Miyajima (literally translating to “shrine island”). The island itself is considered sacred and the various complexes are picturesquely connected over the water by boardwalks, propped above the sea by pillars.

Kids will love this traditional Japanese puppetry, called bunraku, originally from the Edo period and today recognised as a UNESCO Intangible Cultural Heritage. Each puppet requires three operators and is not controlled by strings, but rather by the intricate cooperation of the puppeteers to manipulate the limbs, eyebrows, mouths and even eyelids.

Japan’s first museum dedicated exclusively to children’s education, Kids Plaza believes in learning through play with interactive exhibits and workshops. For babies and toddlers, nursing rooms are available, plus strollers are free to use. You can find Kids Plaza right next to Ogimachi station on the Osaka Metro Sakaisuji line.

Since it was first constructed in 1583, the Osaka Castle has been attacked, burned down and even struck by lightning, only to be returned to its former glory again and again by dedicated worshippers. It makes for a fascinating lesson for little historians. Today, the castle houses an informative museum about its history and Hideyoshi Toyotomi, the daimyō who originally commissioned the castle.

All three floors (and basement) of this enormous museum are lined with shelf upon shelf of manga. The collection itself will entertain the family for hours, however, the museum will also guide you through the adoption and development of manga internationally and features various themed temporary exhibitions.

Located on the western outskirts of Kyoto, pretty Arashiyama is home of the famous Togetsukyo Bridge, literally translating to ‘Moon Crossing Bridge’ and dating back to the Heian Period between 794 and 1185. You’ll also find the renowned bamboo grove, Iwatayama Monkey Park and the Tenryuji Temple. For real cultural immersion, stay a night in a traditional ryokan.

This Shinto shrine is famous for its thousands of red torii gates through which visitors may walk to a wooded forest, home to sacred Mount Inari. In addition to the mountain trails, the shrines themselves are quite a sight to behold; kids will love the many fox statues to be found throughout the shrine, said to be the messengers of Inari, the Shinto god of rice.

Kids will love the opportunity to see traditional swordplay in action and even to have a go themselves. In addition to fantastic displays of the ancient craft performed by masters, the Samurai Kembu teaches authentic courses in which the kids can learn some cool samurai moves and poses with a katana of their own.

The samurai were the brave warriors of Japan for hundreds of years, and this museum will teach kids all about their history with its ancient artefacts and authentic swords. Ninja exhibitions tell the tale of farmers who became guerrilla fighters, and kids can try on armour and witness martial art displays during free tours.

The islands of Okinawa offer a unique culture that differs from that of the mainland. Kids will love a day at this attraction dedicated to the times of the Ryukyu Kingdom, where they can learn about its traditions and explore Gyokusendo, a limestone cave grown on a coral reef. Don’t miss the Eisa dance, a traditional folk dance performed to honour the spirits of ancestors.

Ishigaki is Japan’s southernmost city, the main island of the Yaeyama Islands and accessible by ferry, a journey well worth it for the opportunity to see the huge, graceful mantas that live in the coral reefs of its tropical coastline. Snorkelling can be enjoyed at nearly any of its beautiful beaches, and a stop at Kabira Bay offers one of the island’s most beautiful views.

This is Japan’s favourite sport (yes – even more than sumo), with each major city having its own team. Even non-sport lovers are bound to get swept up in the incredible display of enthusiasm from Japanese fans, and it makes for a great day out with the kids discovering some of Japan’s more modern cultural traditions.

A true showcase of Japanese zaniness, this museum is dedicated to the history of instant noodles. Kids will love classes where they can design their own flavour, plus there’s a large indoor playground to let off some steam. The museum is a short walk from Sakuragicho train station.

Held each February, this festival is worth planning your itinerary around if you’re hitting the Hokkaido snow. The festival attracts more than two million visitors from Japan and around the world for its enormous snow statues, ice sculptures and an array of kid-friendly games and activities including a huge snow slide.

23. The snow monkeys of Jigokudani, Nagano

You’ve probably heard of Japan’s wild snow monkeys, who famously hang out in the onsen hot springs. At Jigokudani Yaen-koen (altitude 850 metres), families can observe this up close in winter months; intended to remain undeveloped, there are no fences.

The National Museum of Emerging Science and Innovation (commonly known as Miraikan) is the futuristic, tech-flooded Japan you came to see. Located in Odaiba, the museum will show kids the not-so-distant world of ultra modern technologies, including meeting ASIMO, the humanoid robot, and participating in a number of other cool activities and workshops. The Curiosity Field activities are free.

25. Hiking to the summit of Mount Takao, Tokyo

This is Japan’s most popular hiking spot, and for good reason. Trail number one is perfect for beginners and young ones with oftenpaved paths that pass major sites, plus families are rewarded at the summit with an array of food stalls, souvenir shops and a stunning temple for a touch of culture. It’s easily accessed from the city, too, with a train station at the foot of the mountain.

This aquarium can be found on the top floor of Sunshine City mall in Ikebukuro and makes for an educational and entertaining activity for kids. There are around 80 tanks, which house 750 species of aquatic life including sea lions, penguins, jellyfish and the legendary, enormous sunfish. Kids will also love the chance to see the otters, iguanas and anteaters.

This is Tokyo’s oldest Buddhist temple, and perhaps its most famous. Dedicated to Kannon, the goddess of mercy, the incredible five-storey pagoda can be reached through an exciting shopping street called Nakamise, whose own history reaches back for hundreds of years. Here, kids will love the vibrant range of Japanese souvenirs including yukata, a casual kimono, and beautiful folding fans.

This shrine is dedicated to the deified spirit of Emperor Meiji, the first emperor of modern Japan, and his consort Empress Shoken. With pleasant walking paths in a large tranquil forest, the shrine makes for a peaceful reprieve from the surrounding chaos of colourful Harajuku. Kids can take part in Shinto activities, such as making an offering and writing wishes on an ema, a wooden plate left at the shrine.

These high-speed bullet trains are an experience in themselves for kids, reaching lightning speeds of up to 320 kilometres per hour. Plus, it can be a very cost-effective way of travelling Japan with a JR Pass. The main Shinkansen lines include Tokaido, Sanyo, Tohoku, Joetsu and Kyushu; Tokaido, between Tokyo and Osaka, is the oldest and most popular, stopping at Nagoya and Kyoto on the way. 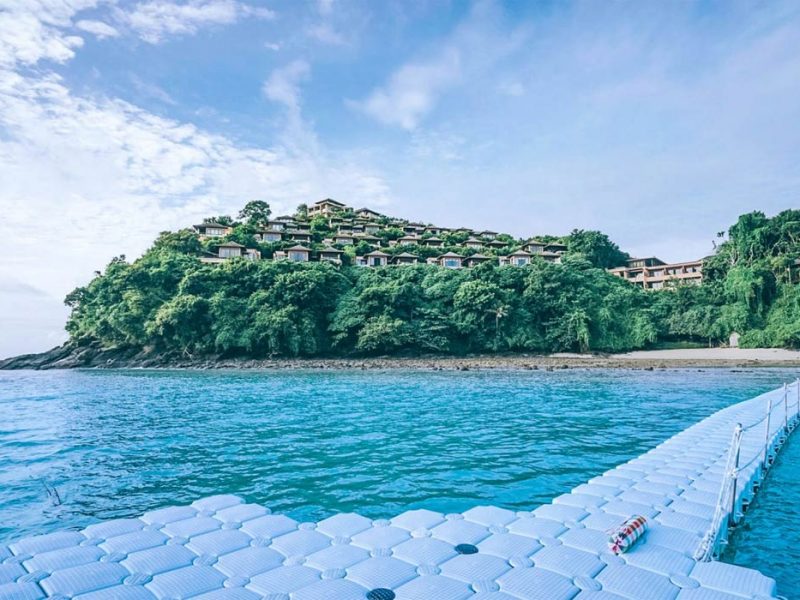 Thailand has long been a favourite with Australian families with golden beaches, wonderful food,... 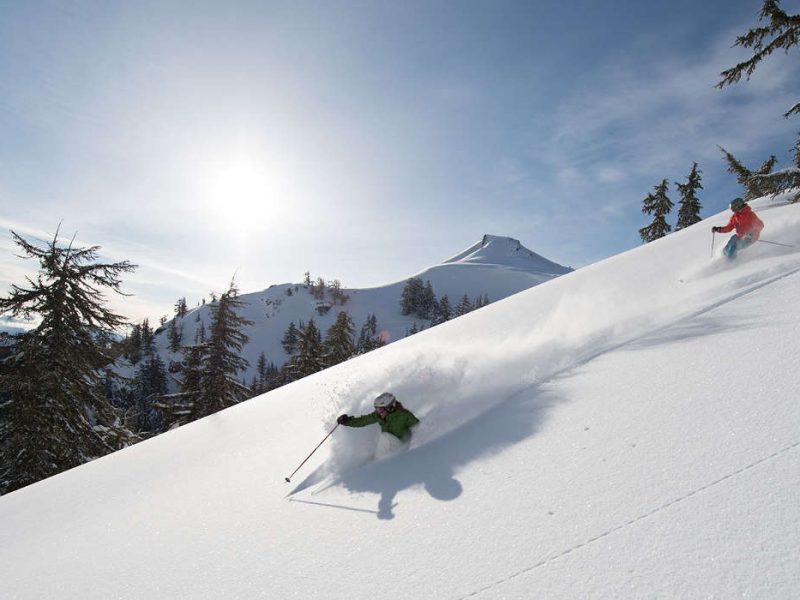 Hotels & Resorts, Snow, Things to do