Introducing recipes from Japan to keep your family healthy is pretty much a no brainer.

The Japanese have long been revered and studied for their long life expectancy, which is higher than almost anywhere else in the world. This is in large part due to the fact that their traditional diet is largely fresh and unprocessed, with very little refined foods or sugar.

Of course, sushi is Japan’s most popular and well-known dish, and making it at home is a fun activity for all ages. With the help of an Obento Sushi Kit, simply follow this step-by-step guide to master the art of this sushi roll recipe and start enjoying this uber-healthy meal option in your own home.

California maki sushi is tasty and fun to prepare. Don’t forget; this sushi roll recipe tastes even better with a spot of wasabi, dipped in soy sauce or with a slice of pickled ginger on top. Yum!

1. Put the rice into a pot, rinse with cold water 2-3 times until clear. Drain away the water.

2. Add 600ml of water into the pot of rinsed rice. Bring water to boil, lower the heat and let it simmer for 12-14 minutes. When done, remove the pot from heat and let it stand covered for 5-10 minutes.

3. Remove rice from the pot and into a large bowl. Evenly sprinkle powdered sushi mix over the hot rice. Stir thoroughly and cool the rice. Divide into six portions.

4. When the rice is cooking or being left to cool, move onto the egg omelette. Firstly, crack all four eggs into a bowl. Add all ingredients into the bowl. Beat the eggs with all the ingredients until well mixed.

5. Heat up the frying pan with some oil. Pour egg mixture over, cover and cook under low heat till the surface is drying up. Flip omelette over and leave to cook for another minute. Remove the omelette and leave it to cool. Once the omelette is cool, cut it out into equal-sized strips as the carrot, cucumber, and crabstick fillings, and set aside.

6. Now comes the fun part, wrapping it all up and turning it into a delicious sushi roll. Grab that bamboo mat and roll it out over a flat surface. Cover with cling wrap to keep the rice from sticking on the mat.

7. Place down a sheet of roasted seaweed (shiny side down). With moistened hands, take a handful of cooled, prepared sushi rice. Spread rice evenly over the nori to within 1cm of the edge. If you want to add a kick to your sushi roll, add a strip of wasabi along the middle of the rice. Add the fillings and arrange them in a row down the middle.

8. Begin rolling up the mat over the ingredients. Stop when you get about 2.5cm from the edge of the nori. Lift the mat and roll forward again to join the edges of the nori. Keep applying a gentle amount of pressure to make the roll firm.

9. Unroll and remove the mat from the complete roll. Use a sharp knife to cut the roll in half. Place the halves side by side and cut into thirds. Serve with wasabi, soy sauce and pickled ginger

Tip: Give your knife a quick wipe with a damp cloth after every slice for a clean cut. 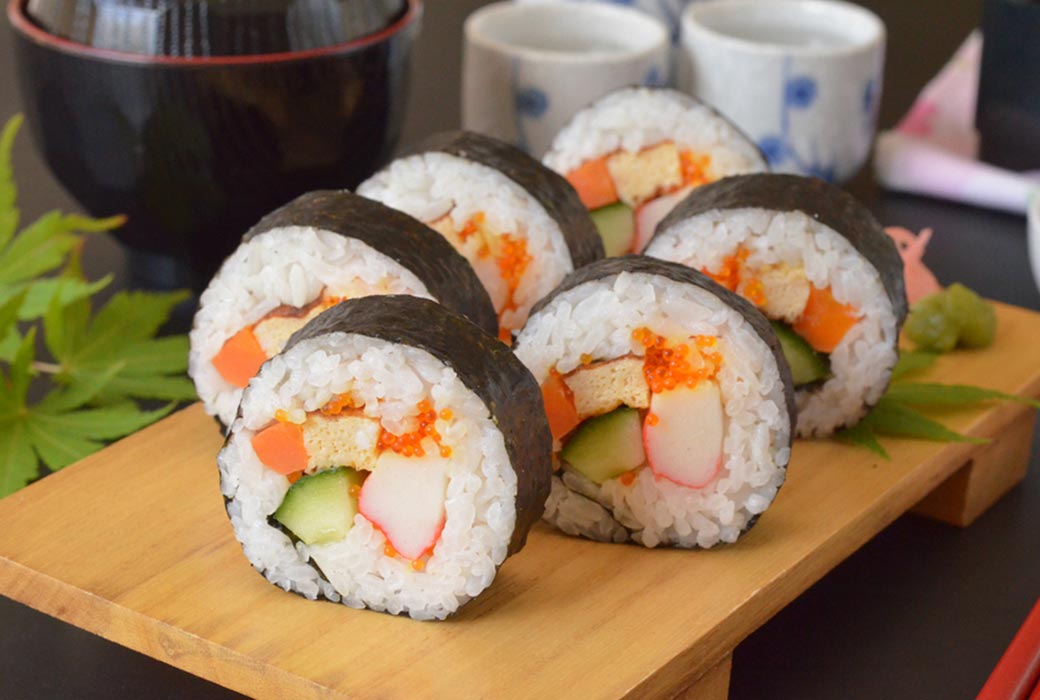 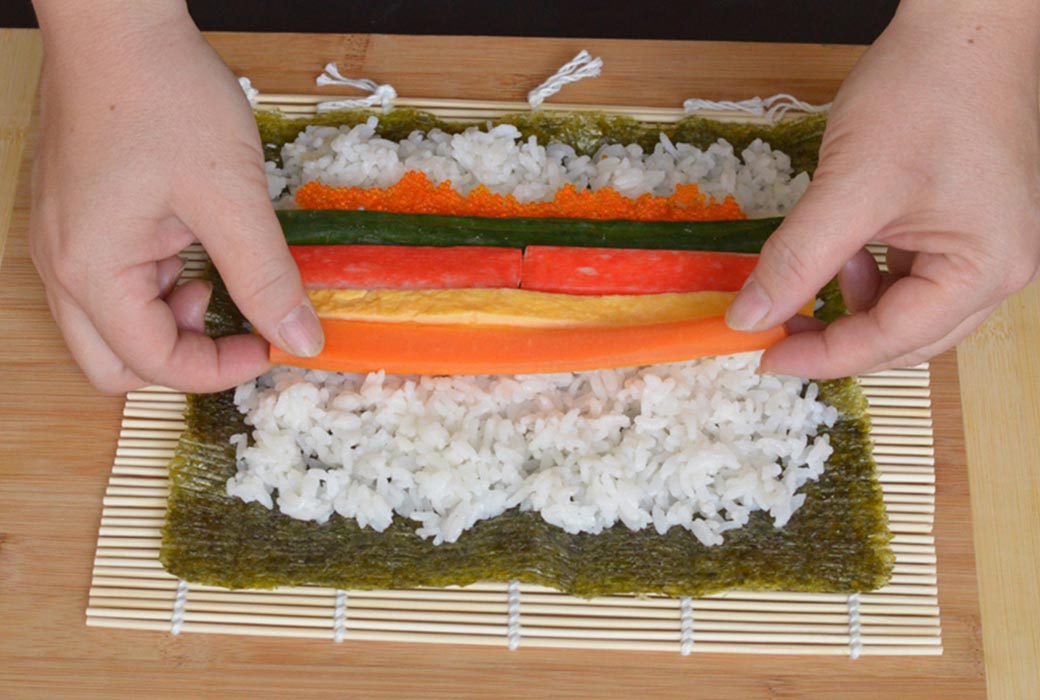 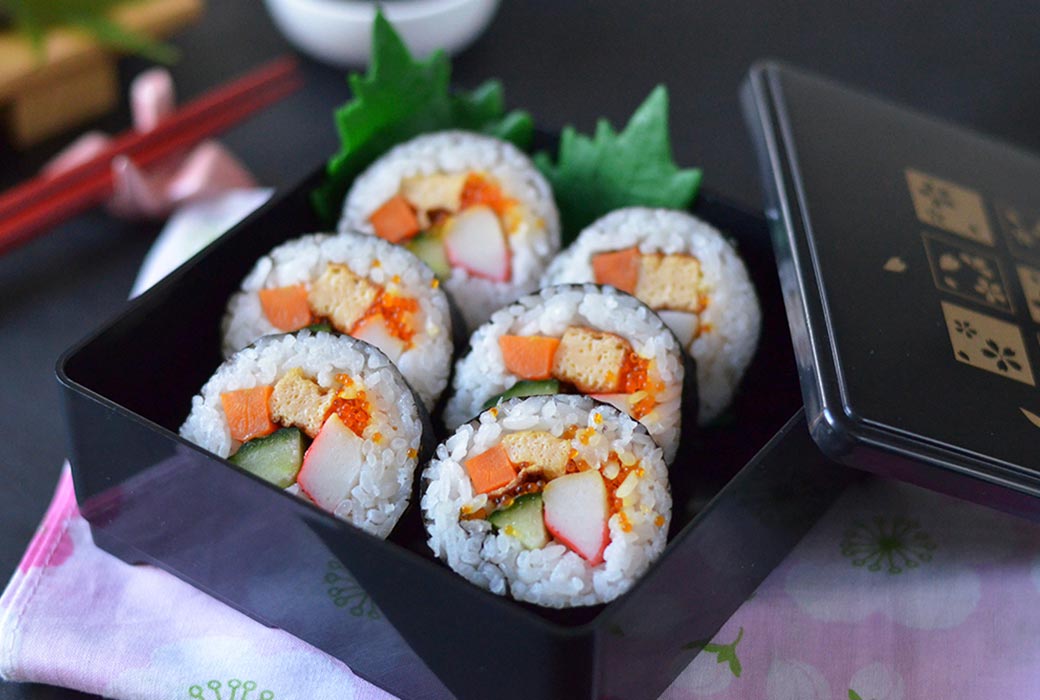 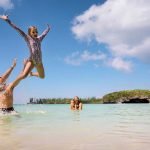 11 reasons why your kids will love a Carnival cruise

Little ones will love the waterpark, mini-golf and free kids club; while the teens take to basketball, waterslides, and the games arcade.

If your family’s idea of heaven is seafood and rice wrapped up in a delicious nori package, then the Obento Sushi Kit is a pantry must. Containing all the ingredients you need to craft the perfect handrolls – apart from a few fresh fillings of your choosing – you can start enjoying restaurant-quality sushi at home in no time. 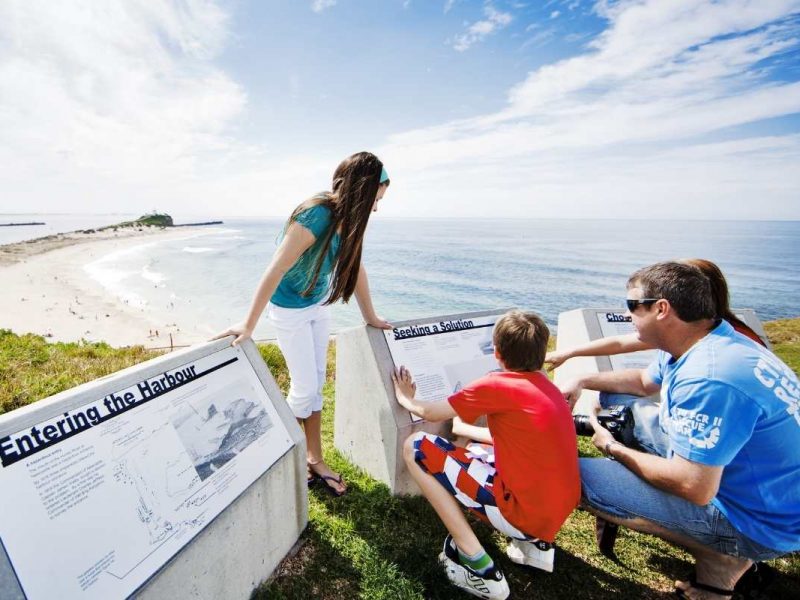 27 things to do in Newcastle with kids

From whale watching to ocean baths, here are the best things to do in Newcastle with kids. 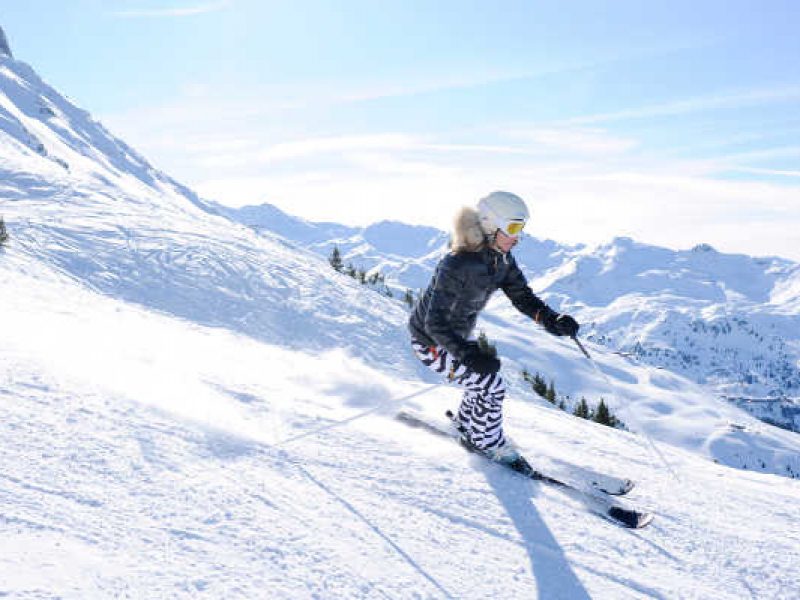 Seek the sun with our guide to spring skiing in Japan, Europe and the Americas (more…)