Star Wars: Galaxy’s Edge at Disneyland California and Walt Disney World Florida is an absolute must-visit, even if you’re not a Star Wars fan.

Opened in June 2019 to rave reviews, Star Wars: Galaxy’s Edge is set on the fictional Black Spire Outpost on the planet Batuu.

This is Disney’s most immersive theme-park land to date.

We’ve found a few Star Wars secrets that you should know before you go.

Batuu is not in Star Wars

The moment you enter Star Wars: Galaxy’s Edge, it feels eerily familiar. It’s like you have stepped onto the set of the movie. But you haven’t.

Disney Imagineers travelled the world looking for inspiration for Batuu. They decided against building an exact replica of any Star Wars scene because fans may be too critical of the finer details. And Disney is big on details.

“We wanted it to be your Star Wars story – not Luke’s story, or Han’s or any other Star Wars character, ” Walt Disney Imagineering Executive Creative Director Scott Mallwitz told Travel + Leisure in 2019.

“It takes you away from trying to follow a story that’s already been told and takes you into living out your own story with your friends and family.”

Why is the Black Spire, black?

That is a Star Wars: Galaxy’s Edge mystery.

A lone black tree in the centre of the Batuu village stands taller and darker than all the rest. But nobody knows why it is black.

It all adds to the mystery of the land.

Try to find the new tree growing in the same spot as the old Black Spire. This is a Disney Imagineering nod to the new life replacing the old.

The 30m Millenium Falcon inside Star Wars: Galaxy’s Edge is a full-scale replica.

For the films, Disney used partly built or computer-generated models.

The details on the Millenium Falcon are accurate down to the tiniest detail. You will get a great view of the side and the top as you queue up for Millenium Falcon: Smugglers Run. 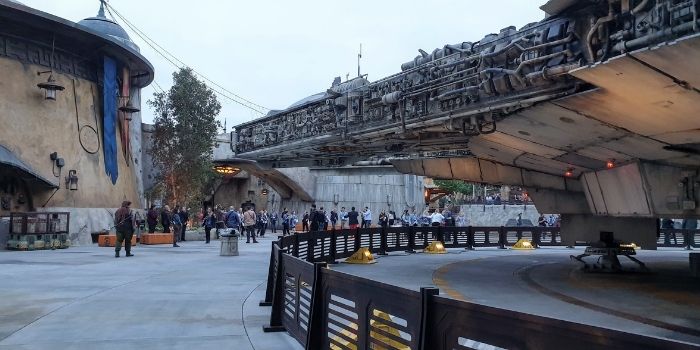 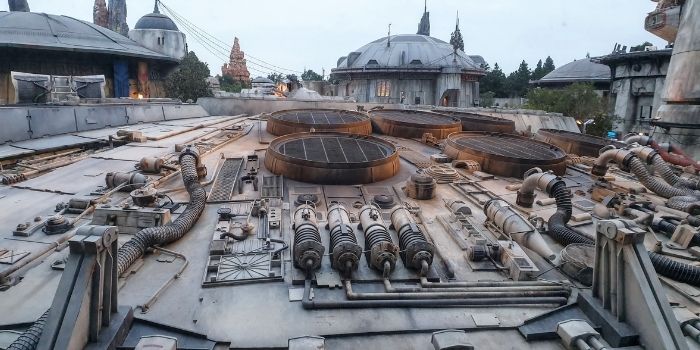 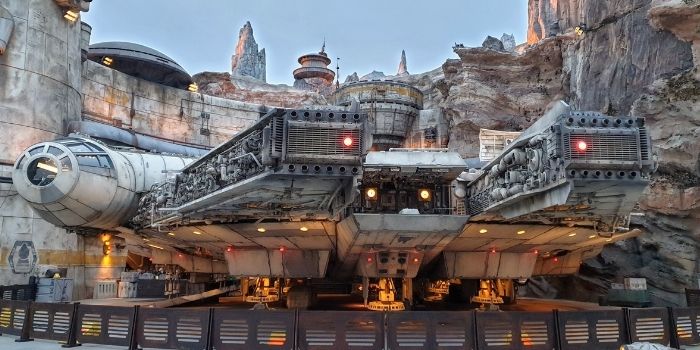 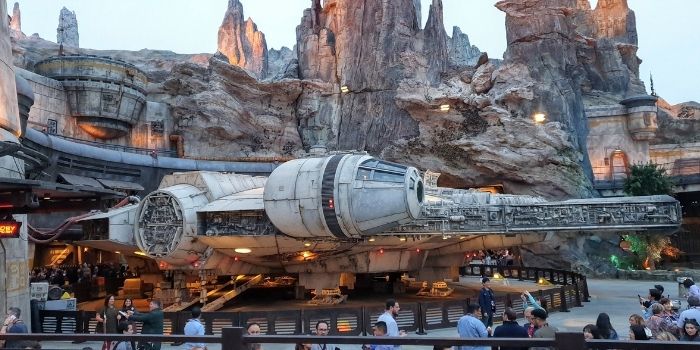 Resistance or dark side?

One of the best things about Star Wars: Galaxy’s Edge is that all the Disney cast members stay in character. So don’t go asking the Storm Troopers where you might find the light-sabre shop. That would be a big mistake.

If you want to find the resistance, you will need to look for clues.

Make sure that you have the Play Disney Parks app installed on your phone.

You can use it to hack into droids to make them follow your commands. It will also scan the contents of cargo crates and open door panels.

How to translate the writing on the walls

The words on the walls around Star Wars: Galaxy’s Edge are written in Aurebesh, a written Star Wars alphabet.

Hover your phone over the words using the app to translate.

“There’s a number of things that are in there that we don’t actually talk about or label out in the open that take your adventure to the next level,” Malwitz said.

If you find Savi’s light sabre workshop, head inside quickly before the Storm Troopers see you.

Once inside you can choose which light sabre is calling you and test it out.

The middle of the room has a little secret. Make sure you listen as you move the light sabre over the seal on the floor.

At the entrance to the marketplace, you will find a large obelisk.

“If you touch it and say, ‘Til the spire’ then it gives you good luck so that you may return in good health to this place again,” Imagineering Managing Story Editor Margaret Kerrison revealed in The Art of Star Wars: Galaxy’s Edge.

You can get Blue Milk and Green Milk at Star Wars: Galaxy’s Edge. It’s pretty expensive – at $US8 a cup.

The Blue milk is a nod to the original 1977 Star Wars film. Luke Skywalker drank Blue Milk during a meal at his family’s moisture farm on Tatooine.

The Green Milk comes from The Last Jedi where Luke milked a sea creature known as a Thala-Siren to get Green Milk while on Ahch-To.

We don’t want to give too much away, but you should know a few things before you line up for Millenium Falcon: Smugglers Run.

Six people at a time will enter the Millenium Falcon. Two will be pilots, one of which will get to make the jump to light speed. Two people will be navigators and two more will be engineers.

The engineers must repair any damage sustained to the ship as you attempt to make your smuggler’s run.

Interestingly, the ride changes according to the time of day. If you enter at night, you will fly at night and it will be dark outside. If you enter in the day, you can expect it to be sunny.

One of the best things about Star Wars: Galaxy’s Edge is the interactivity.

You will see Chewbacca, Kylo Ren and Rey as they wander the streets of Batuu and you can join their side.

On the Disney Play app, you can decode messages to either sabotage the First Order or join them and defeat the Rebels.

Your choice will change the world around you including scenes where the Stormtroopers face off against the Rebels.

Galaxy’s Edge is set shortly after the events of Episode 8: The Last Jedi, so you won’t see Darth Vader. But you can meet him in the Star Wars: Launch Bay.

Make your own droid

Inside the Droid Depot in Black Spire Outpost you can custom-build your own droid to take home with you.

You can choose the parts, the style and even the personality.

Droids start at $99 each and $14 for personality chips.

Star Wars: Galaxy’s Edge is at Disneyland California and Walt Disney World Florida. The two words are exact replicas so you won’t miss out by visiting one theme park over the other.

Disneyland is in Anaheim California. Australians can fly direct to Los Angeles Airport and then take the Disney Express to Anaheim.

Walt Disney World is in Orlando Florida. To get there, Australians will need to connect flights in either Los Angeles, San Francisco, Houston or Dallas Fort Worth.

Set within peaceful, natural surrounds, with accommodation to suit your needs.
i
USA
Prev
Next 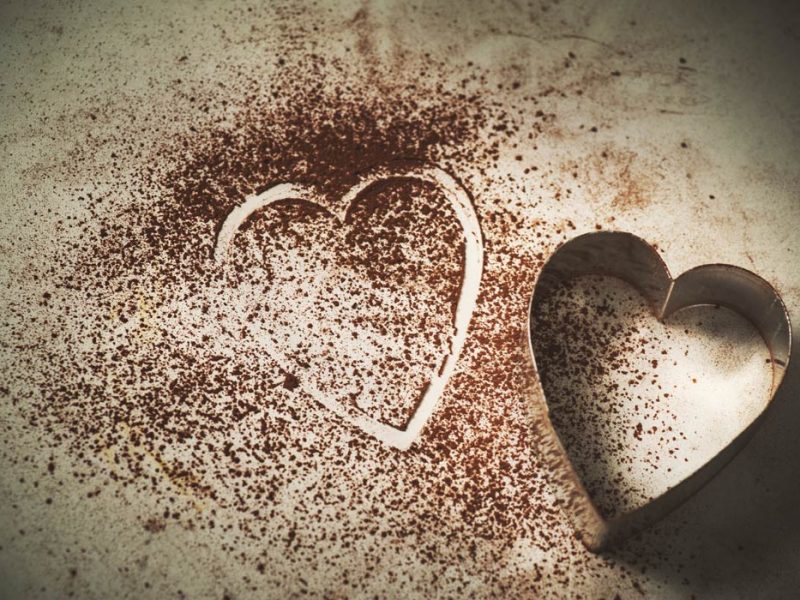 Whip up something quick or get the kids involved with these quick and easy recipes. (more…) 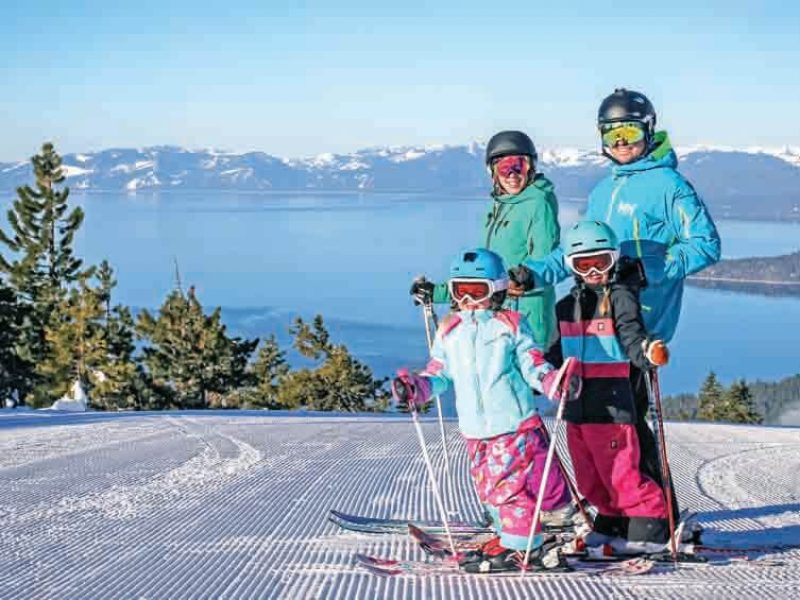 Diamond Peak and Heavenly are just two of the resorts around pretty Lake Tahoe, and the views...

Canoeing, birthday parties, horse trail rides and more only 1 hour from Sydney
i
SEE ALL
Back To Top