Whether your family are experts on the snow or just starting out, Japan offers a wintry experience unlike any other.

Whether your family are experts on the snow or just starting out, Japan offers a wintry experience unlike any other.

With more than 70 per cent of its landmass covered in mountains, it’s hardly surprising that Japan is a winter wonderland with an incredible array of steeps, glades, gentle slopes and cosy villages that suit every snow-sporting ability.

From the island of Hokkaido in the north, to the southern mainland of Honshu, you’ll find great snow, beautiful scenery, delicious cuisine, and the quirks and traditions of a rich culture, all topped off with omotenashi, the Japanese spirit of hospitality that makes guests feel honoured as well as welcomed.

Options for family-friendly ski resorts range from multi-mountain Aussie favourites such as Niseko and the Olympic facilities of the Nagano region to quaint villages with a local feel, such as Nozawa Onsen. Choose your experience, or visit a few to discover the diversity Japan has to showcase.

Japan’s northern island of Hokkaido is where much of the snowy magic is concentrated, and Niseko United is the epicentre of the nation’s ski culture. For families starting out in Japan it’s the ideal spot, easily accessed from Sapporo’s international airport and offering diversity across four linked resorts: Annupuri, Niseko Village, Grand Hirafu and Hanazono. Add in the world-class powder and great facilities that cater for all ages, and you’re set for a snow holiday to remember.

Little ones will feel right at home on the mountain after a few days with Niseko International Snowsports School, offering fun and progression-focused English-language programmes for kids aged three to 14. Sheltered magic carpets and learning areas combine with adventurous Strawberry Bells trails, a beginner terrain park and the Kamonohashi ride to zip up to more advanced terrain in comfort and safety.

More advanced families can enjoy tree runs at Strawberry Fields at Hanazono, live it up with epic backcountry conditions and volcanic steeps, and cruise the long, thigh-burning runs of Niseko Village. When it comes to accommodation, you’ll find the biggest selection in Hirafu, from ski-in, ski-out hotels to private rentals and cosy traditional digs.

Less than an hour’s drive from Niseko is Rusutsu Resort. If it’s powder you seek, you’ll find it in abundance here; the trio of mountains – West, East and Isola – receive 12 to 14 metres of snow each season. Light, dry and forgiving (without any white-knuckle vertical drops), this is beginner-friendly powder at its best. If your junior snow angels aren’t quite up to that, they soon will be after a few private lessons with an English-speaking instructor and cruising the wide, groomed trails. Rusutsu is also renowned for its unbeatable tree skiing, made all the better by being easily accessible from much of the resort’s state-of-the-art lift system.

Accommodation centres on two main hotels – the four-star Rusutsu Resort Hotel and The Westin Rusutsu Resort – with cottages and pension-style options nearby. Compared with Niseko, this powder-haven offers a more intimate experience while still offering the biggest single-resort domain on the island. That means fewer lines, and a great opportunity for the little ones to soak up Japanese kitsch culture at its best. When you need a day off the skis, the Crayon Shinchan Kids’ Park is a perfect escape, with tubing, snow biking and a colourful array of activities. At Rusutsu Resort Hotel you’ll find retails stores, restaurants, talking trees, a real carousel and an indoor wave pool.

Known for: An epic Ice Village

Hoshino Resorts Tomamu is sure to please all ages with its snow fun… whether you’re strapped into skis or out of them! Just a 90-minute drive from New Chitose Airport in Sapporo, here families can play with adventures such as Snow Rafting, Snow Banana Boating and Snowshoe Walks.

Suspend reality and enter the otherworldly Ice Village that lights up the night with its very own ice bar, ice slide, ice skating, chapel, hotel, restaurant, and warm-up house or take a dip at Mina Mina Beach, Japan’s largest heated indoor wave pool, and Kirin-no Yu, an open-air bath facing the forests of Tomamu and the starry skies. On the slopes, on top of six lifts that access various runs that cater for all abilities and excellent lessons with English-speaking instructors you’ll also find the GAO Outdoor Centre and Nipo Town, a playground for beginners and first-timers.

When your stomach is rumbling after a day of winter adventure, the variety of dining choices will have you clutching your belly in delight. With more than 20 restaurants on site, from Japanese fare to barbecued plates in forest cabins, there is something to tickle everyone’s tastebuds.

Known for: A huge amount of snow

Kiroro, just two hours from Sapporo’s Chitose Airport, is another resort making icy waves thanks to the sheer volume of snow that it receives on the slopes of Mt Asari and Mt Nagamine – reportedly up to 20 mind boggling metres – but also due to the new five-star hotels that have popped up in recent years. The Sheraton Hokkaido Kiroro Resort and The Kiroro, a Tribute Portfolio Hotel are two family-friendly options.

With runs up to four kilometres long and some backcountry gates, there is something for all levels, and if you want to learn to ski in powder this could well be the place.

Sahoro, 32 kilometres southwest of Tomamu, offers another unique setting for a stop-and-drop family snow holiday. Along with great beginner skiing minus the crowds and queues, you’ll find everything you could need on site.

The southern island of Honshu is Japan’s largest and home to its biggest ski resorts. Known for playing host to the 1998 Winter Olympics, Nagano City is located about 223 kilometres northwest of Tokyo, near the Alps and some of the highest mountains in Japan. The temperature… the snow… the people… it’s a page out of ‘Goldilocks’; everything is just right. And getting there is half the fun: the bullet train from Tokyo Narita Airport to Nagano takes about 90 minutes and leaves regularly.

Hakuba, in Nagano Prefecture, offers its Olympic credibility and has nine resorts to keep you all busy with 138 lifts and 960 hectares of skiable terrain.

Each is different: Hakuba 47 is the pick for park action; Hakuba Cortina is the spot for advanced skiers and those who love tree skiing; and Happo-One is the largest of the resorts and is a favourite for families. Here you’ll find the expert staff of Evergreen Outdoor Center, a one-stop destination for English-language ski and snowboard lessons, backcountry guides, a kids’ daycare service and tours to soak up the white-blanketed beauty of the valley.

Visitors should be sure to make time to visit Matsumoto Castle and Zenkoji Temple, two exceptional cultural highlights. And breathe in the fresh mountain air while rejuvenating in the warmth of a bubbling onsen. These hot springs aren’t just about relaxation; they’re surrounded by cultural rituals that kids are sure to find fascinating.

Known for: Its colossal size

With its strong European feel, Shiga Kogen is made up of 19 different ski resorts mostly interlinked via the slopes and lift system, allowing families to explore the different villages with ease. With more than 80 kilometres of trails, 600 hectares of terrain and 980 metres of vertical, Shiga Kogen is cited as being the largest ski resort in Honshu. The family skiing area, Paul Barn, allows for little ones to get used to their snow legs in a safe space. Ski lessons are available for kids under 12, and for those 12-plus, there are both ski and snowboard classes.

They say that you come to Nozawa Onsen for the snow, but even more so for the picturesque village of twisting laneways. It offers modern facilities for skiers and snowboarders in a traditional atmosphere. After a day on the mountain, nothing beats strolling the cobbled streets of the village with its natural hot springs.

Discovered in the eighth century, the springs have 13 public baths to choose from. The fire festival, held every year on 15 January, is another reason to visit. It is unlike anything you would have experienced before on a snow holiday.

Boasting a total ski area of 297 hectares, the variety of terrain guarantees snow fun for families. The ski school welcomes skiers of all abilities with lessons designed individually by age and current skill levels. Private lessons are also on offer or if you children aren’t old enough yet for lessons there is a Kids’ Room babysitting service.

People have been skiing the slopes of Myoko, in Nagano, for over a hundred years, with four resorts to choose from – Akakura Onsen, Akakura Kanko (also known as Akakan), Myoko Suginohara, and Ikenotaira Onsen. Although largely known for its treed slopes, off-piste riding and long vertical, Myoko Kogen offers something for everyone, including child care services and lessons in English. The real drawcard of the resort is its Japanese historic charm (it was once a favourite mountain retreat of the imperial family) and an abundance of hot springs. The real pull of Madarao Mountain Resort is the promise of lower ski traffic and, with 60 per cent of the runs ungroomed, fluffy and deep powder. With 30 different runs and 15 lifts, the resort features a Tree Run trail, Free Ride Park, Kids’ Park and wave courses. Still something of an undiscovered gem, it’s possible to visit the park as a day trip from Myoko Kogen and Nozawa Onsen.

Appi Kogen promotes its resort as ‘Don’t worry be Appi!’, and certainly lives up to its motto. With most of the slopes facing north, snow conditions are a powder-addict’s mecca, open from December until May (approximately 160 out of 365 days). The region’s well-known ‘Aspirin’ snow (light and fluffy snowflakes) is so light you can’t even make a snowball – perfect for learners who will no doubt take a few tumbles!

Appi has world-class facilities and glitzy ski-in, ski-out accommodation. Appi caters especially well to English-speaking visitors with lots of English signage, English menus in the restaurants and bilingual hosts. An après-ski soak at either of the resort’s two natural hot springs is a must.

There’s terrain for all ages: indoor and outdoor bunny slopes, a 5.5-kilometre cruiser, steep runs for the adrenaline junkies, a mix of groomed runs and deliberately unkempt slopes, 21 trails totalling 41 kilometres of total run length and 18 lifts, all over 282 hectares. Appi Family Park is the ultimate snow playground with sleds, snow tubes, mini courses for kids and a 72-metre snow escalator, and is fenced off to keep beginners safe.

All-inclusive snow adventure for all.
i
Japan Ski & Snowboard
Prev
Next 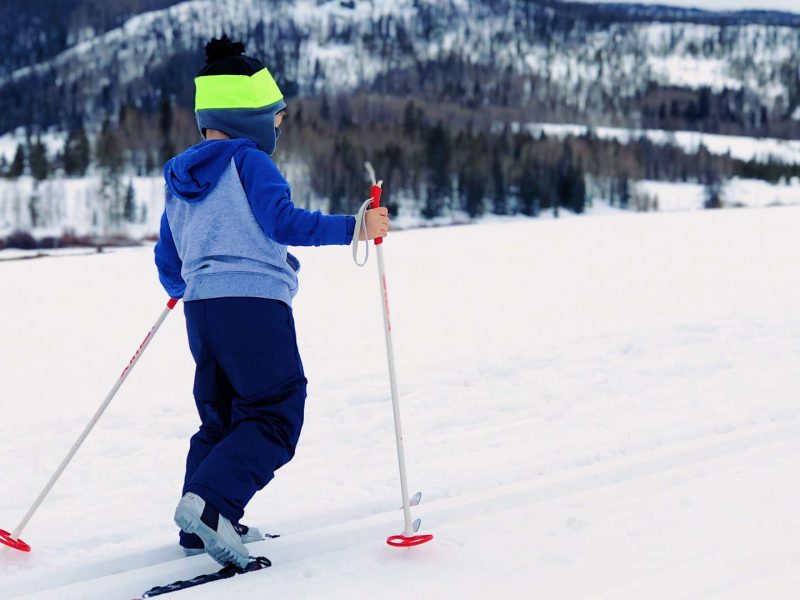 Adding a touch of the exotic to your family skiing holiday, South America delivers great slopes,... 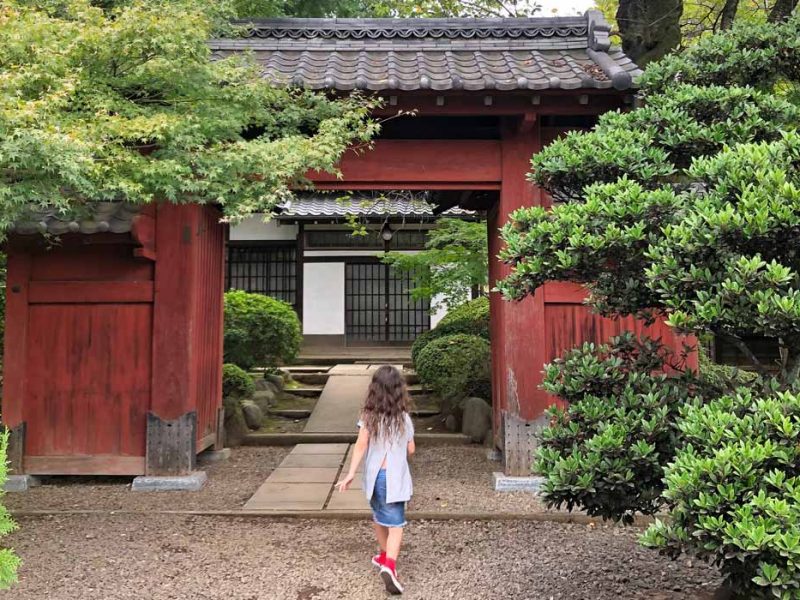 We explore the quieter side of Tokyo, Nagano, Kanazawa and Kyoto

Take a detour between the popular destinations to not only see, but get stuck right into, the...