The Lord of the Rings lover’s guide to NZ

The Lord of the Rings lover’s guide to NZ

Follow in Frodo’s footsteps on this adventure through the magic of Middle Earth on the North Island of New Zealand, writes Ken Eastwood.

Follow in Frodo’s footsteps on this adventure through the magic of Middle Earth on the North Island of New Zealand, writes Ken Eastwood.

It’s 150km from Hobbiton to Mount Doom as the Nazgul flies. But modern-day followers in Frodo’s footsteps can take a wonderful week-long circular route for an extraordinary week in Middle Earth. (Or New Zealand’s North Island, if you prefer its other name.)

Although some of the grandest scenes in the movies The Hobbit and The Lord of the Rings were shot on New Zealand’s South Island, the North Island’s dramatic volcanic scenery plays backdrop to key parts of the storyline, and it holds one of the few outdoor sets that wasn’t destroyed after the trilogy’s filming ended.

Start your family-friendly quest in the little town of Matamata, about halfway between Auckland and Rotorua. The Tourist Information Centre looks like part of the movie, and Gollum lurks inside. There a tour whisks you off to Hobbiton, with 44 hobbit holes set into the lush green hills of a sheep and cattle farm. Hobbiton was due to be demolished after filming, but a bout of bad weather gave it a reprieve, and it has now been kept and used in The Hobbit movies. It’s a delight wandering among the hobbit homes (a range of sizes for filming), the veggie patch and up the hill to Bag End, with its intricate fake oak tree on top, then wandering down to the Green Dragon Inn for a free ale (or ginger beer) that comes as part of the tour. The magical doors and windows set into the hillside promise a world beyond, but Hobbiton is an external set only – all the interior shots were done in a studio.

An adventure of their own

Now that little legs are ready to set out on their own adventure, pop 40km up the road to Te Aroha Holiday Park for the night. It has a fantastic adventure playground with an eight-metre high, fast flying-fox, a tree climb to a giant slide, swinging poles and giant swings. The park has a beautiful mountain range towering behind it and a hot pool to soak in under the stars.

The next day it’s time for more dark adventures, plunging into the Mines of Moria. Well, not really: Waitomo Caves are far prettier than the devastated dwarvish realm. After descending into the deep, past stalactites and stalagmites (“stalagmites have a ‘G’ for ‘ground’ in the name”, says our guide helpfully), the tour culminates in an underground boat ride under a canopy of thousands of glow worms.

Nearby, in the town of Otorohanga, it’s worth visiting some of Middle Earth’s fascinating creatures, such as keas and kiwis, in the Kiwi House. Then it’s off to find Fangorn Forest.

New Zealand is rich in dark, tangled forests. In places the giant kauri pines still stand too, like Ents waiting to be awakened. A walk through any of these rich rainforests is like an other-worldly experience, and some of the most stunning flank one of the North Island’s most distinctive volcanoes, Mt Taranaki, or Mt Egmont, which is the bump sticking out of the west coast. This national park has a wide range of walks, from multi-day treks to short family strolls, and the adventurous can scale mountains or walk across New Zealand’s highest swinging bridge.

From here, our self-drive tour swings back towards Rotorua in the centre of the North Island. With its bubbling mud pools, sulphur smells and boiling springs, it’s easy to imagine yourself in Mordor. There are many thermal areas to explore, most of which cost money, but others are just beside the road or in town parks. One of the best free ones is Kuirau Park in Rotorua. At the visitors centre you can ask for directions to one unmarked spot where a very hot creek meets a cold one, and you can sit at the junction, adjusting your temperature by moving a few metres in either direction.

Getting closer to Mt Doom

Don’t miss the thriving holiday town of Taupo (pronounced “Toepaw”) on the banks of the largest lake in New Zealand. Although it is situated among the thermal activity zone, and has views over the lake towards Mt Doom, it is far more homely than anything in Mordor. Stay at Taupo DeBretts Spa Resort: more like a holiday park than a resort, it has an extensive and beautiful hot pools area, including an exciting waterslide, children’s wet play area and private pools. It stays open into the evening so you can soak under the stars in pools up to 41°C.

Now that Mt Doom (officially Mt Ngauruhoe, but everyone now seems to know it as Mt Doom) is in view, there’s nothing left on the quest but to head towards it, driving to the delightful alpine area of Tongariro National Park. The 2000m-plus peaks in this alpine area, including Mt Ngauruhoe, are covered in snow in winter and spring, and the park contains clear streams running with meltwater, waterfalls and wild scenery.

With its bubbling mud pools, sulphur smells and boiling springs, it’s easy to imagine yourself in Mordor.

Rather than just eating elvish Lembas bread, splurge on a high tea at Chateau Tongariro at Whakapapa Village. On a clear day its huge windows have a divine view of Mt Doom.

Assuming you want to get a little closer to the action though, head out on one of the many walking tracks in the park. Super-fit and prepared hikers can walk to the summit, but a much better alternative for families is the 6km loop to Taranaki Falls, offering stunning views all the way of Mt Doom.

It’s guaranteed you’ll finish your New Zealand quest more refreshed and exhilarated than even Frodo in the house of Elrond. 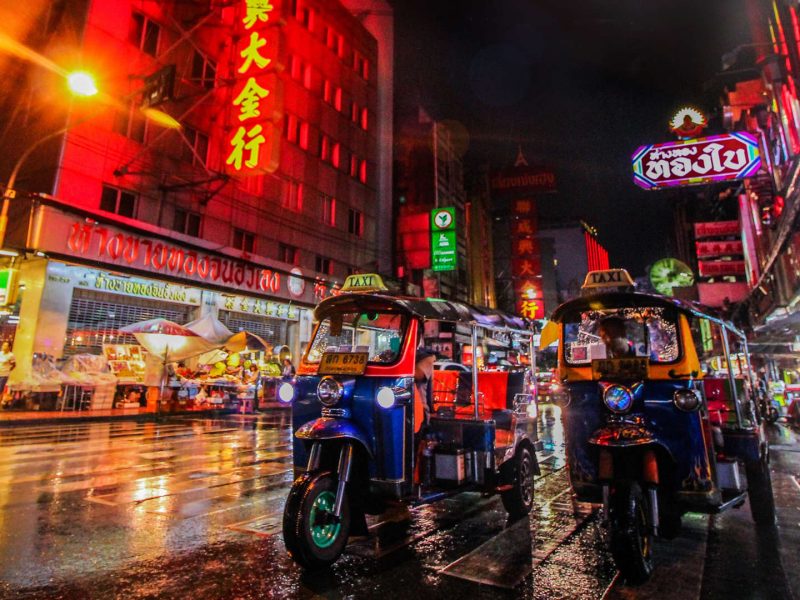 7 family-friendly things to do in Bangkok

A stop in Bangkok is a must for your next Thailand family holiday. Here's our pick of the top 7... 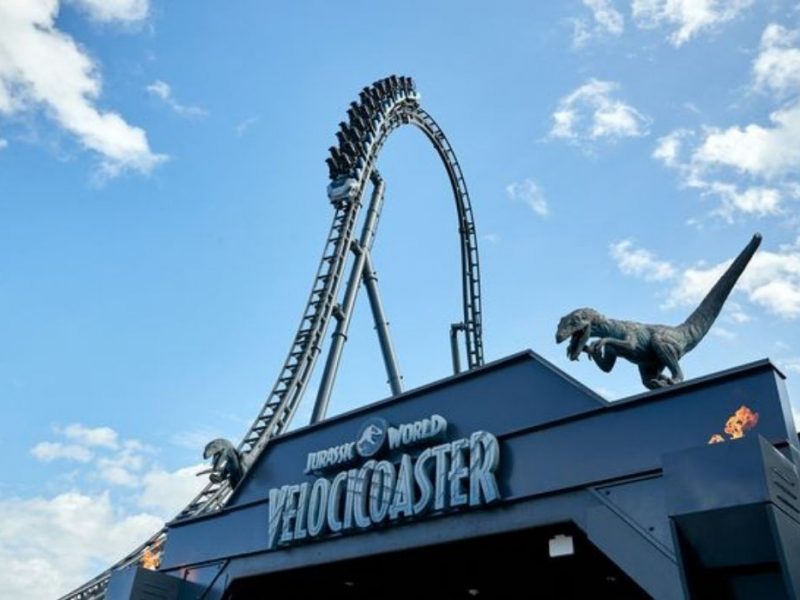 Universal Studios has released new photos and video of the Jurassic World VelociCoaster and it...